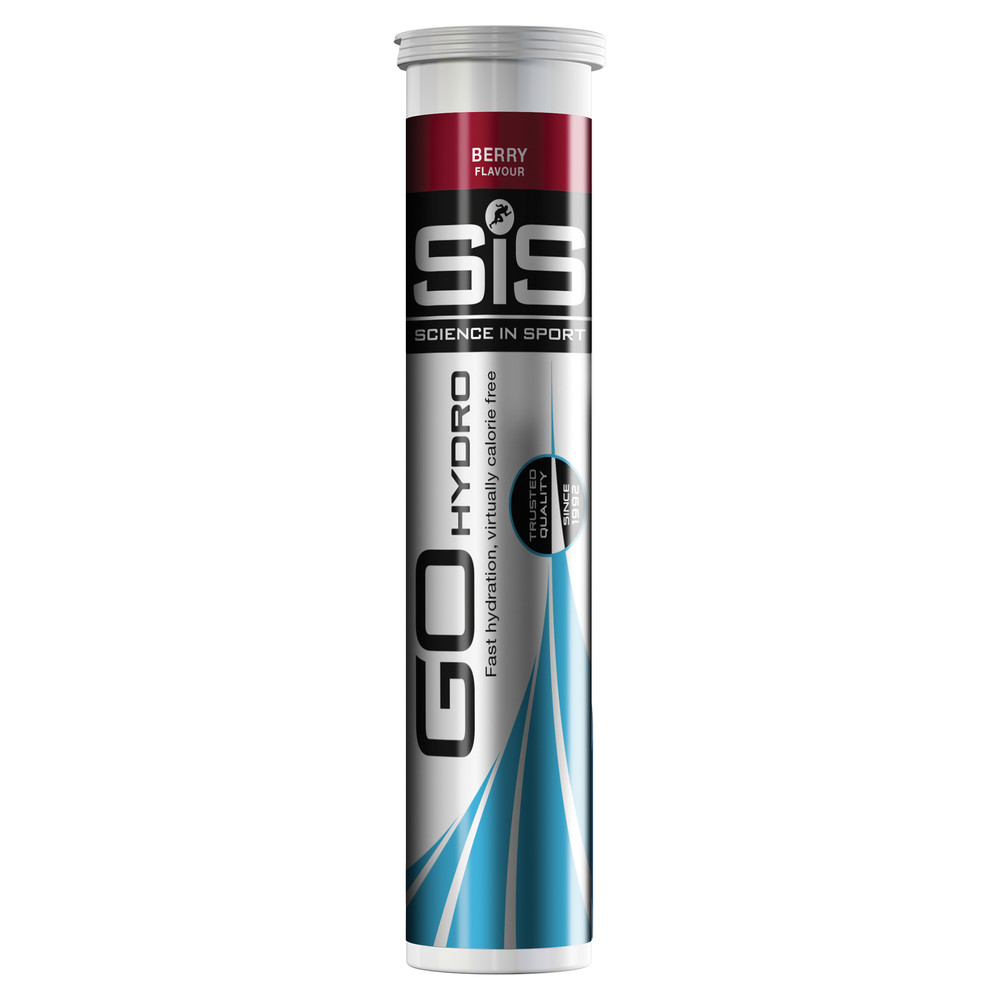 Science in Sport GO Hydro Tablets is the next wave in sports hydration, for all your fluid and hydration needs, with virtually no calories - only 7.5 kcal per serving. SiS GO Hydro was developed in conjunction with the Skandia Team GBR for the Beijing Olympic Games in 2008. Its effectiveness has been proven by elite athletes and is now used as part of their ritual.

Benefits of sodium: Low hydration can lower performance, so for effective rehydration, a drink must provide a balance between its palatability and its sodium concentration. This is because sodium promotes fluid intake and so helps drive rehydration.

GO Hydro has been formulated to provide 30mmol solution of sodium as well as other electrolytes for optimal hydration. It also contains 'superfood' antioxidants and natural flavourings which come in the form of either elderberry anthocycanins (with berry flavour), or green tea antioxidants (with lemon flavour) which both help protect against damage from oxidative stress.

Please note the Cola flavour has 75 mg of caffeine per tablet.