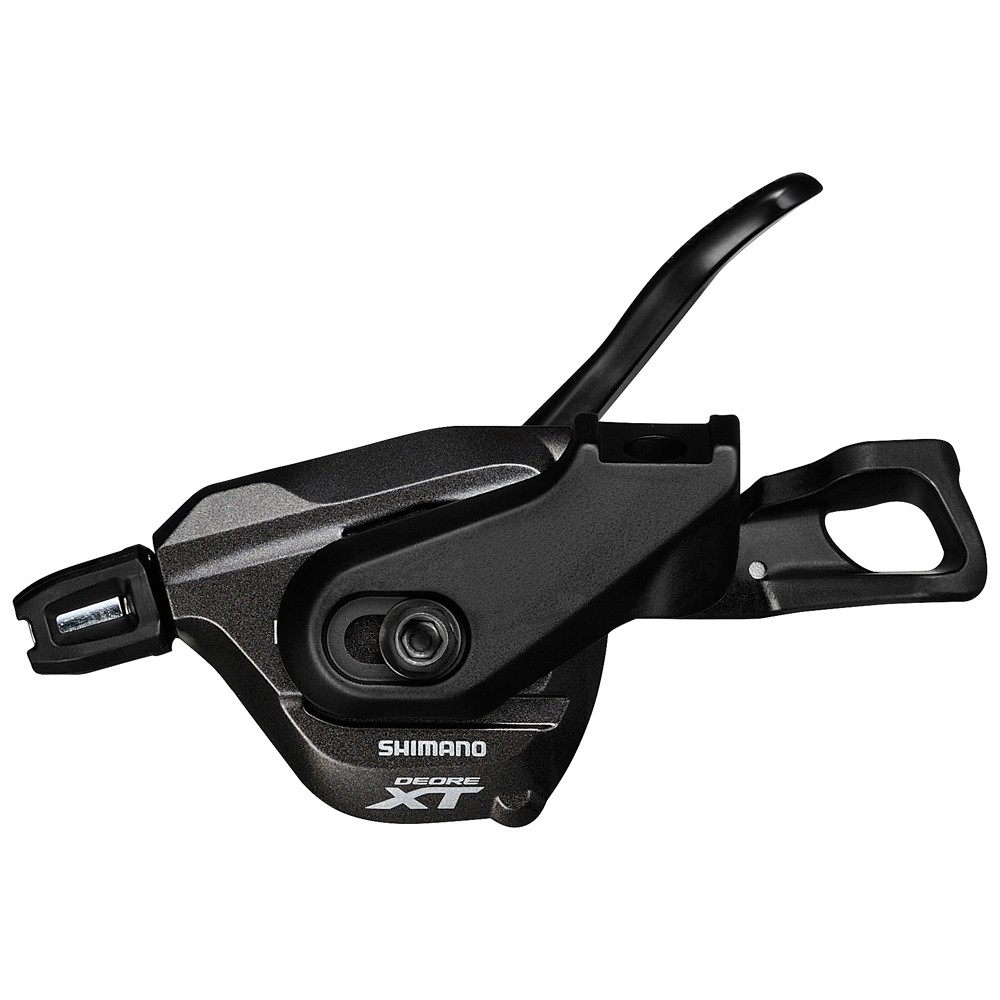 Offering light touch shifting that remains positive and crisp, Shimano's M8000 XT Rapidfire Pod is a performance offering from the classic XT groupset, suitable for double and triple drivetrains. This 11-speed, left hand shifter is designed to attach directly to I-spec-B brake levers and features 2-Way release for added versatility. The ability to change fast thanks to Instant Release technology makes it the perfect option for racing, and training on terrains with sudden changes in gradient.

Lightweight and highly durable, two bearing units reduce friction and make for reliable and precise shifting. No matter what gear you're in, the force required to shift remains constant thanks to Vivid indexing. You can check your gearing on the raised optical display that won't interfere with suspension lockout clamps.