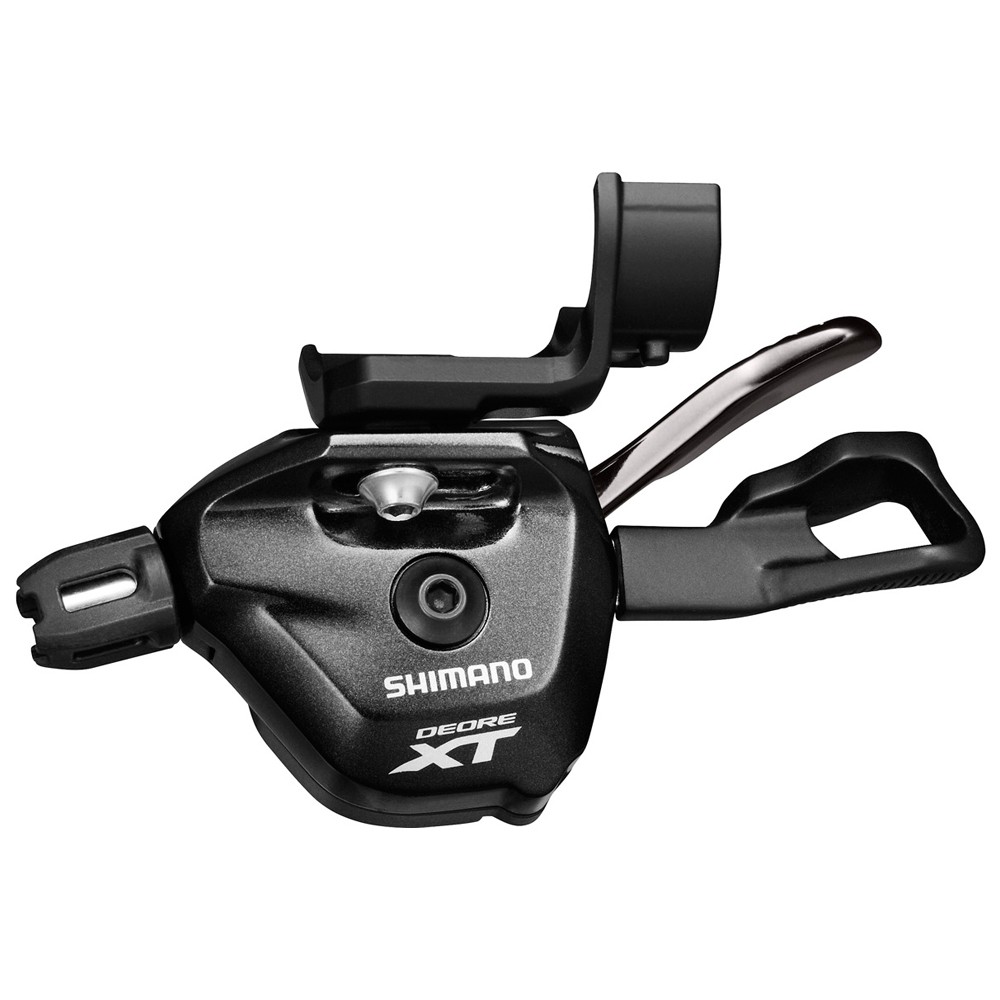 Take your shifting performance to the next level with the Shimano M8000 XT Direct Attach Rapidfire 2/3 Pod. A left hand shifter that pairs with the I-spec-II brake levers, it is suited to 11-speed Dyna-Sys11 double and triple drivetrains.

The lever responds to a light touch, yet still feels positive and crisp, and force is constant up and down the chainrings thanks to Vivid indexing. Two ball bearing units make for a smooth feel and reliability, while the anti-slip alloy lever construction is durable and adds precision.

You can align this shifter to best suit your setup; with 2-Way release, as the upper lever swings in both directions, you can release it using either the thumb or index finger. Faster shifting is enabled by the Instant Release design, for slick upshifting and downshifting, increasing efficiency when racing and tackling steep climbs alike. A handy display means you'll be able to see what gear you're in, and it still allows plenty of clearance for suspension lockout clamps.