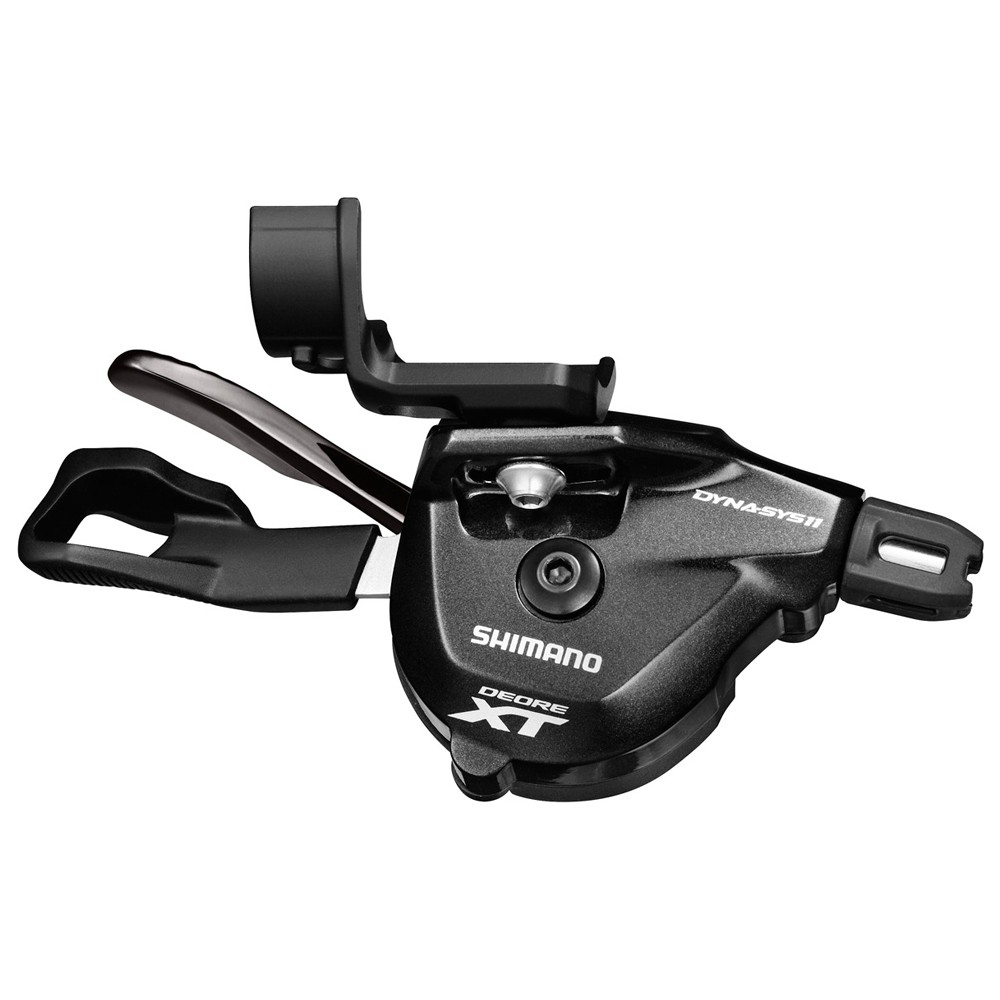 Part of Shimano's XT components, the M8000 XT Right Hand Rapidfire Pod is a great performance upgrade that makes for fast, consistent shifting and offers versatility in its design. Designed for direct attachment to the I-spec-II brake levers, this pod is only compatible with the Dyna-Sys11 11-speed system.

Shifting is light, yet offers a positive and crisp feel, and vivid indexing keeps required force consistent across the cassette. The upper lever can be released by either your thumb or index finger, increasing versatility. Change up or down the cassette faster with Multi Release, for multiple shifts in one push of the lever.

Two ball bearing units keep friction low while the alloy, anti-slip design of the lower thumb release lever increases durability and precision. You can see your gear selection thanks to the raised optical gear display, that won't interfere with the suspension lockout clamps.