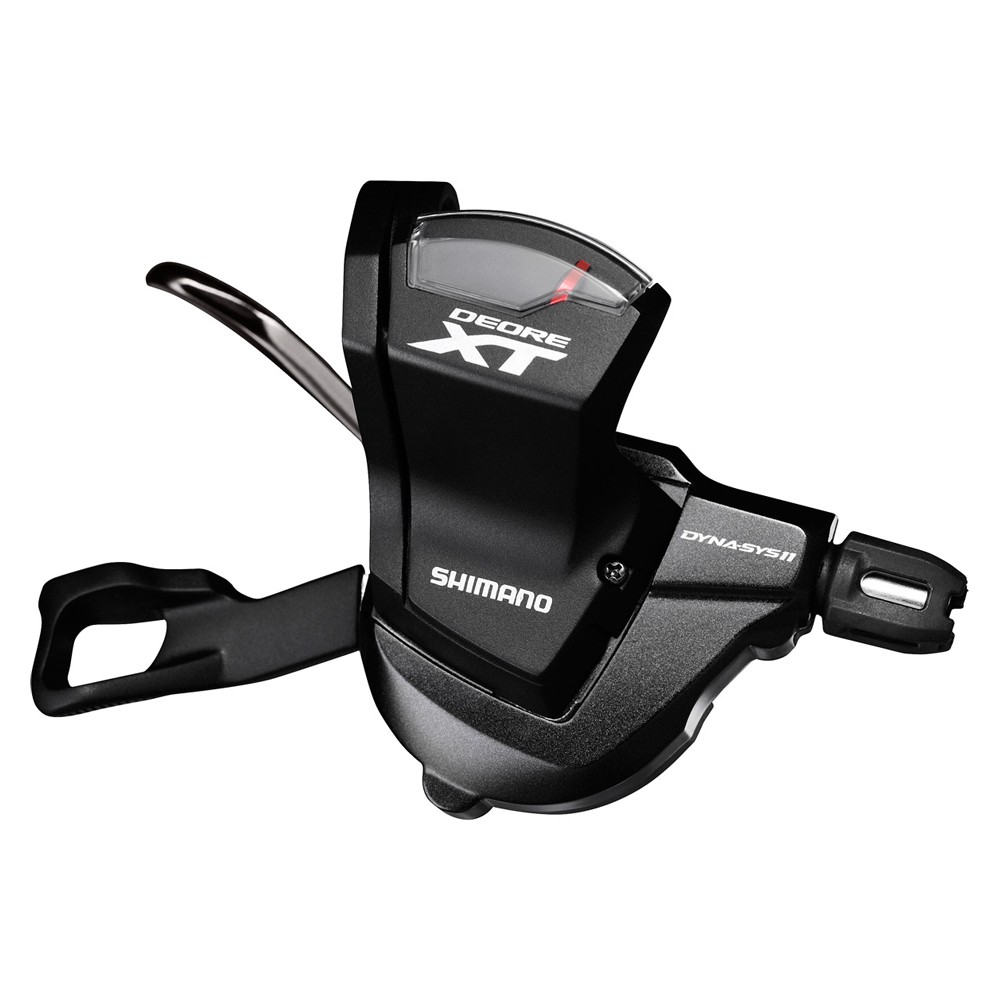 A versatile shifting option for your Shimano Dyna-Sys11 11-Speed setup, the M8000 XT Rapidfire Right Hand Pod provides crisp shifting at just a light touch of the lever. Vivid indexing ensures that no matter your gear selection, shift force is consistent across the cassette. Allowing you to adapt to different riding styles and bikes, 2-Way release means the upper lever can be swung in either direction for use by either your thumb or index finger.

In races and other situations where shifting needs to be lightning fast, you can take advantage of Multi Release, shifting more than one gear at a time for improved efficiency. This pod has extremely low friction thanks to the two ball bearing units for smoother and more reliable shifting performance.

Precision is enhanced by the anti-grip design of the alloy lower thumb lever, that additionally increases durability. Choose the perfect position for your lever thanks to a multi-position adjustable handlebar clamp, and a handy optical display lets you know what gear you're in.