Lands End to John O’Groats, Etape du Tour and the Marmotte, just some of the iconic cycling events that capture the imagination of many cyclists looking for the ultimate challenge. For those looking for a truly unique experience, the HotChillee London to Paris should also be added to the bucket list.

I was lucky enough to be invited to the 2015 edition and was keen to see what this event, in it’s 12th year, was all about!

With bag packed and bike and kit ready all that was left was to sign on. The HotChillee sign on was at Imber Court near Esher, the evening before the event. Signing on was a quick and easy process and once I had picked up my number and my musette I was ready to explore the rest of the sign on village. With refreshments available and the Sigma Sports stand providing last-minute supplies, there was no reason not to be ready for the big day. 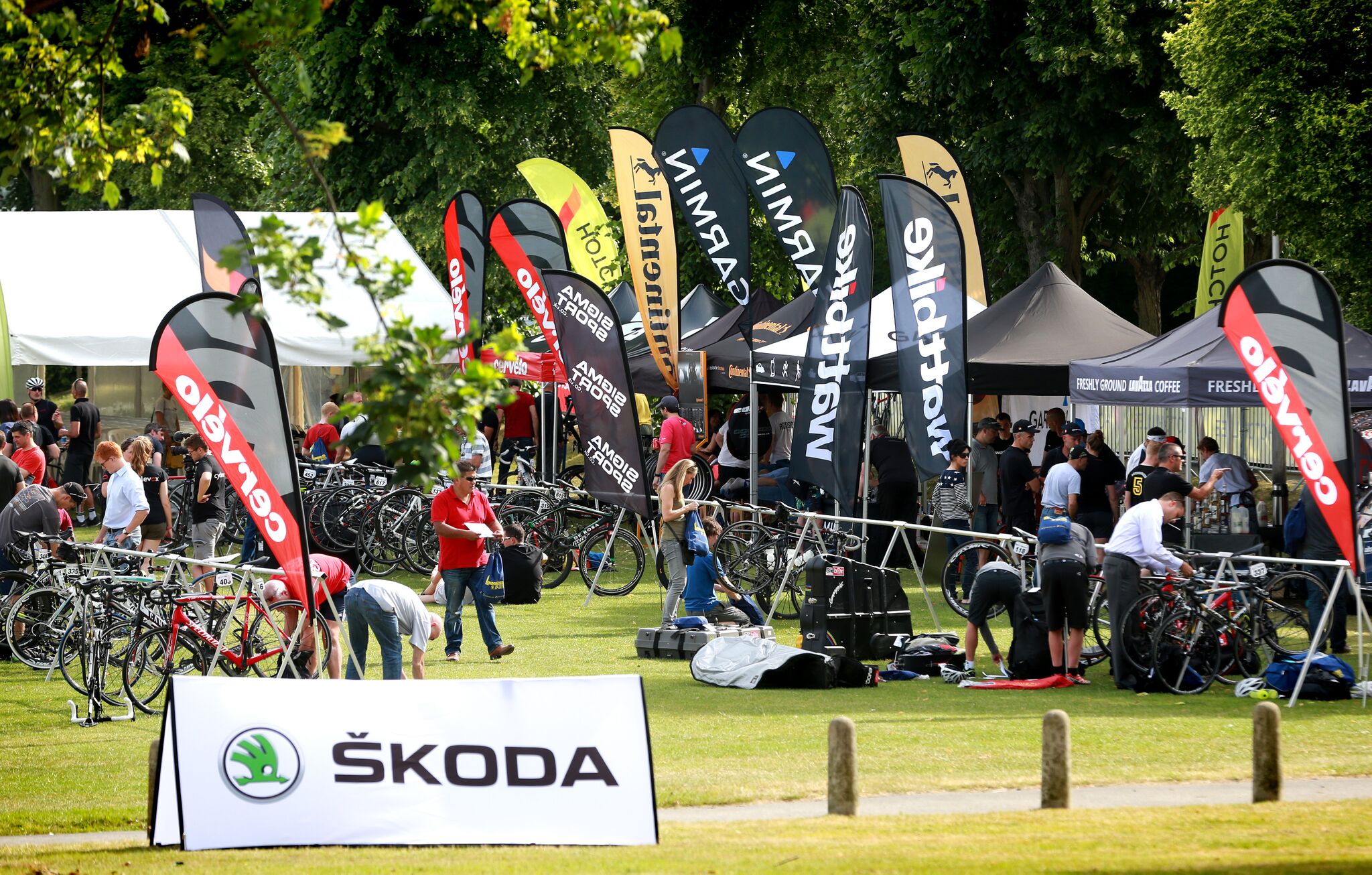 To conclude the evening was a pre-ride briefing, where Sven Thiele, the founder, introduced the Hotchillee team and the ride captains, ran through what to expect from the event and brought guest speaker Phil Liggett onto the stage. 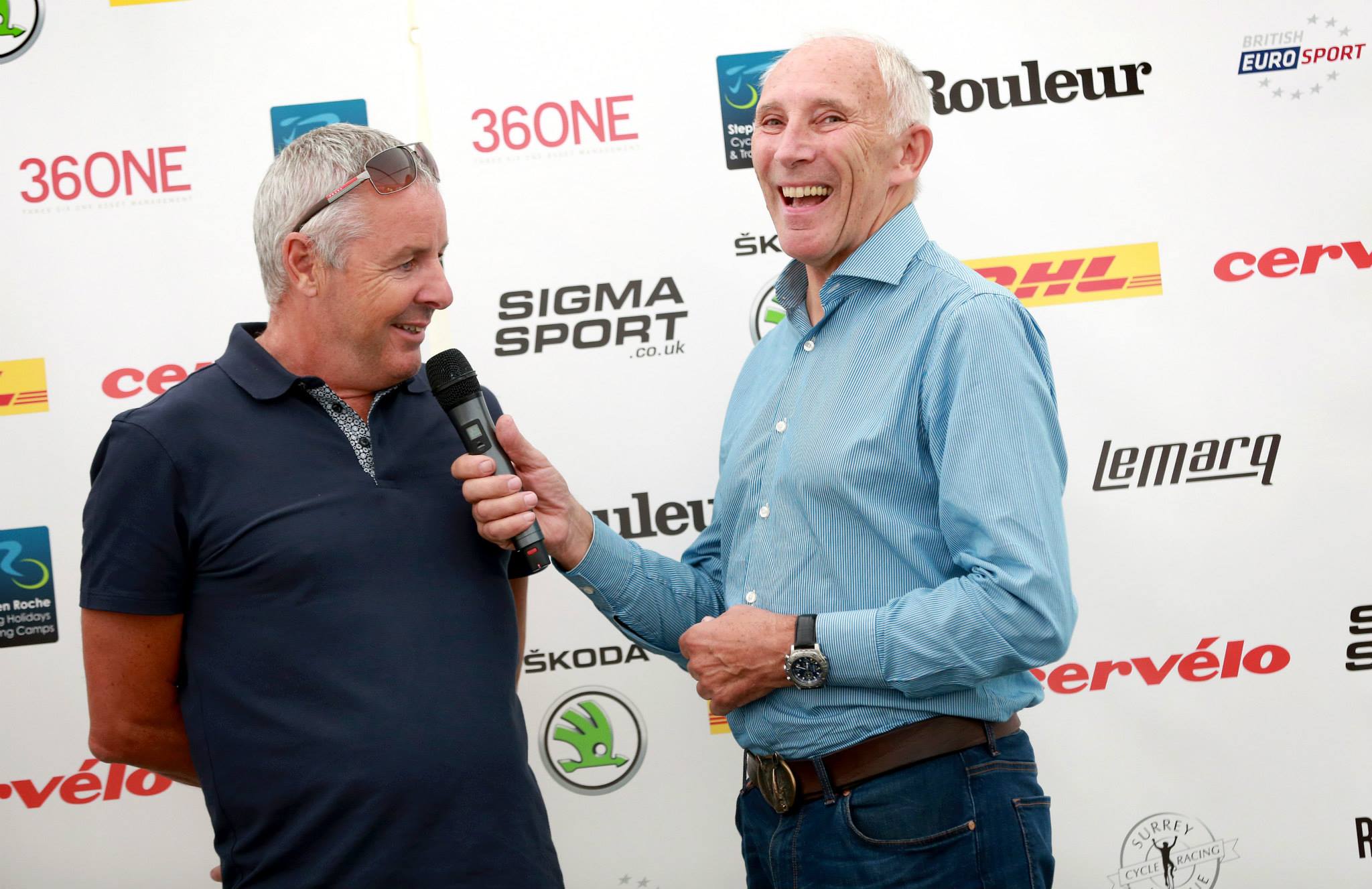 As well as these famous faces, a young and up and coming pro from South Africa, Shameeg Salie was also going to be riding. Already I could sense this was going to be a pretty special three days.

The day dawned and the forecast was looking great for the first leg from Imber Court to the port of Folkestone.

I was riding in group one and we were the last group off. With 400 riders, split into a number of groups, watching each group head off under the Sigma Sports gantry, out of the grounds out towards the country lanes was a truly monumental sight. 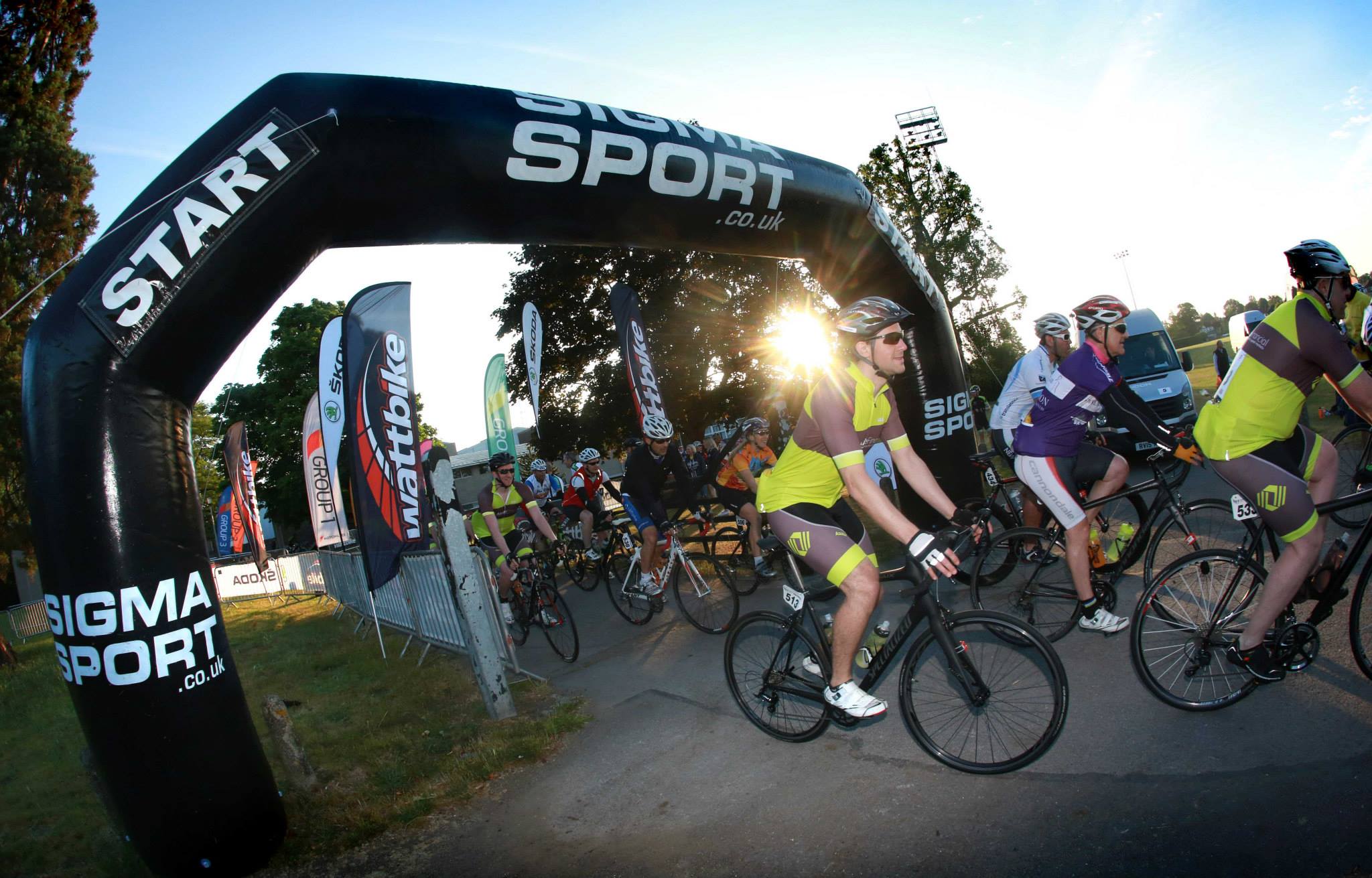 Group one was made up of 76 riders, some doing the whole event, others just the first day. Clipping in and heading off the pro level organisation was immediately apparent, with a lead car and NEG motorbike outriders, it felt as though we were riding a Tour de France stage.

The experienced ride captains led the way and before long the group was tapping along at a good pace, heading towards the first challenge of the day, the first KOM section.

HotChillee events offer these race sections to add a competitive element and to get the heart pumping. The first KOM section in East Sussex did not disappoint! With Sigma Sports founder Ian Whittingham and ex-pro Dean Downing leading into the foot of the climb at a rapid 70 kilometres an hour, this was going to be a tough ascent of the Wall. This 9% average, 1.4-kilometre climb has a 17% max gradient, designed to add a sting to the legs. Racing up, I crested the top in 6th place, ready to regroup for the roll into lunch. 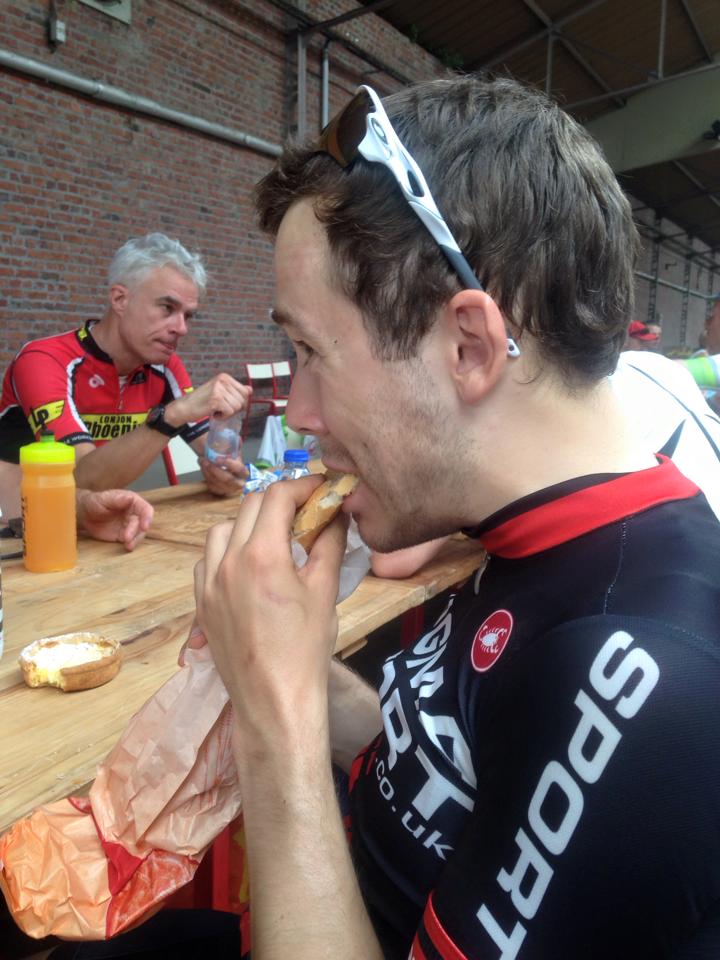 A fantastic buffet was provided at the lunch stop and we were able to top up our bottles ready for the 8 kilometre GC race section and sprint.

The race section was fast and furious, with Stephen Roche mixing it up with the riders to provide a truly memorable race. Won by Dean Downing in a sprint, all that was left now was to cruise into Folkestone in the glorious afternoon sunshine.

The second day dawned and after a restful night I boarded the coach for a short drive to the start.

A buzzing start village greeted me. Collecting my bike, the classification jerseys were awarded and we set off.

The roads were noticeably quieter and smoother than the UK and the mood was jovial as we rode along at close to 35 kilometres an hour.

After a sharp and short KOM climb, which was won by the young pro Shameeg (I came in 3rd) there wasn’t long to wait until the GC section. A much longer, 20-kilometre route, the pace was electric from the off, with Shameeg riding away only to be caught, after a little confusion, within sight of the finish. 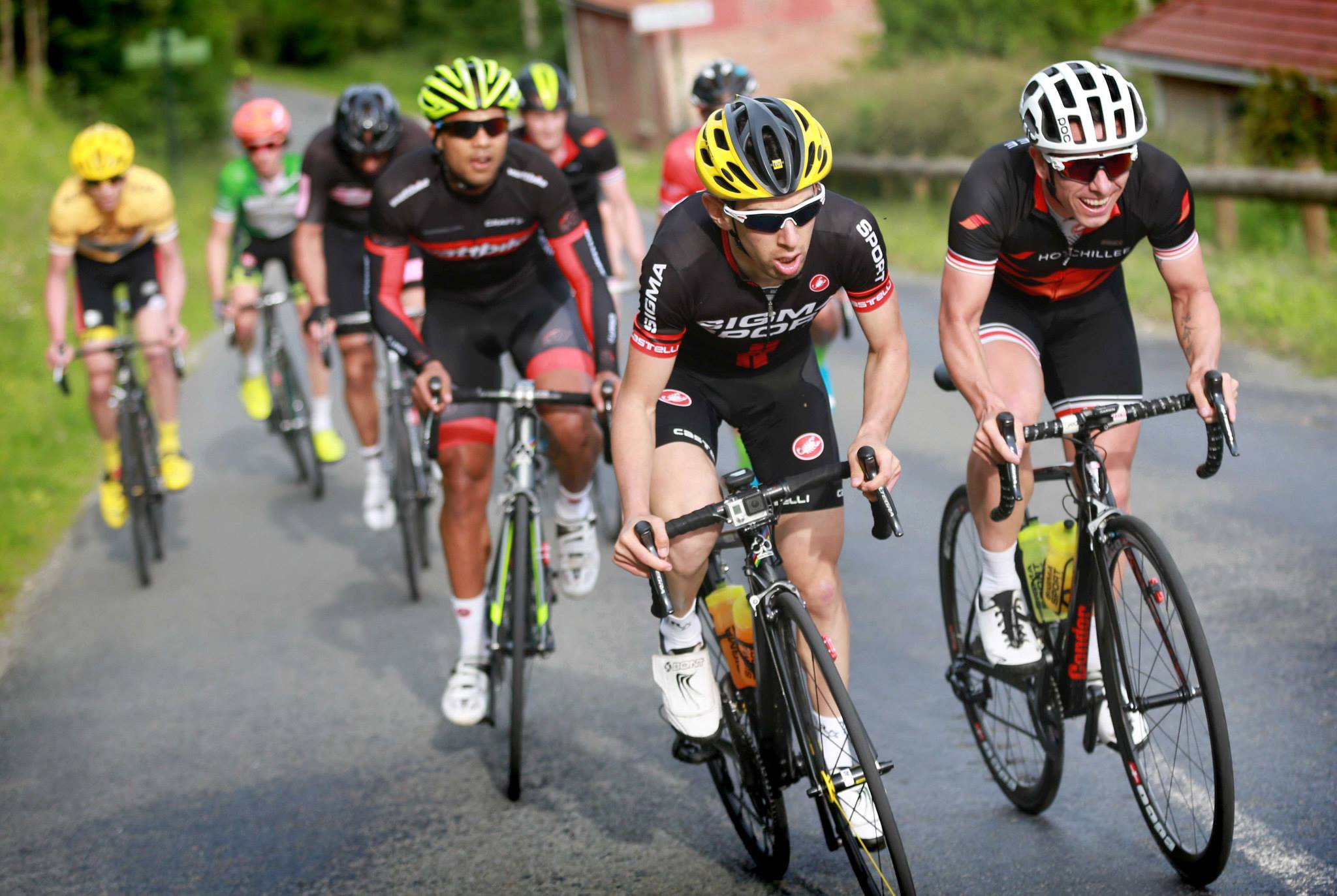 The rolling roads, amazing weather and fantastic support from the HotChillee team made sure we arrived in Amiens in good time. Ready for a hearty meal and a good sleep before the final run into Paris. 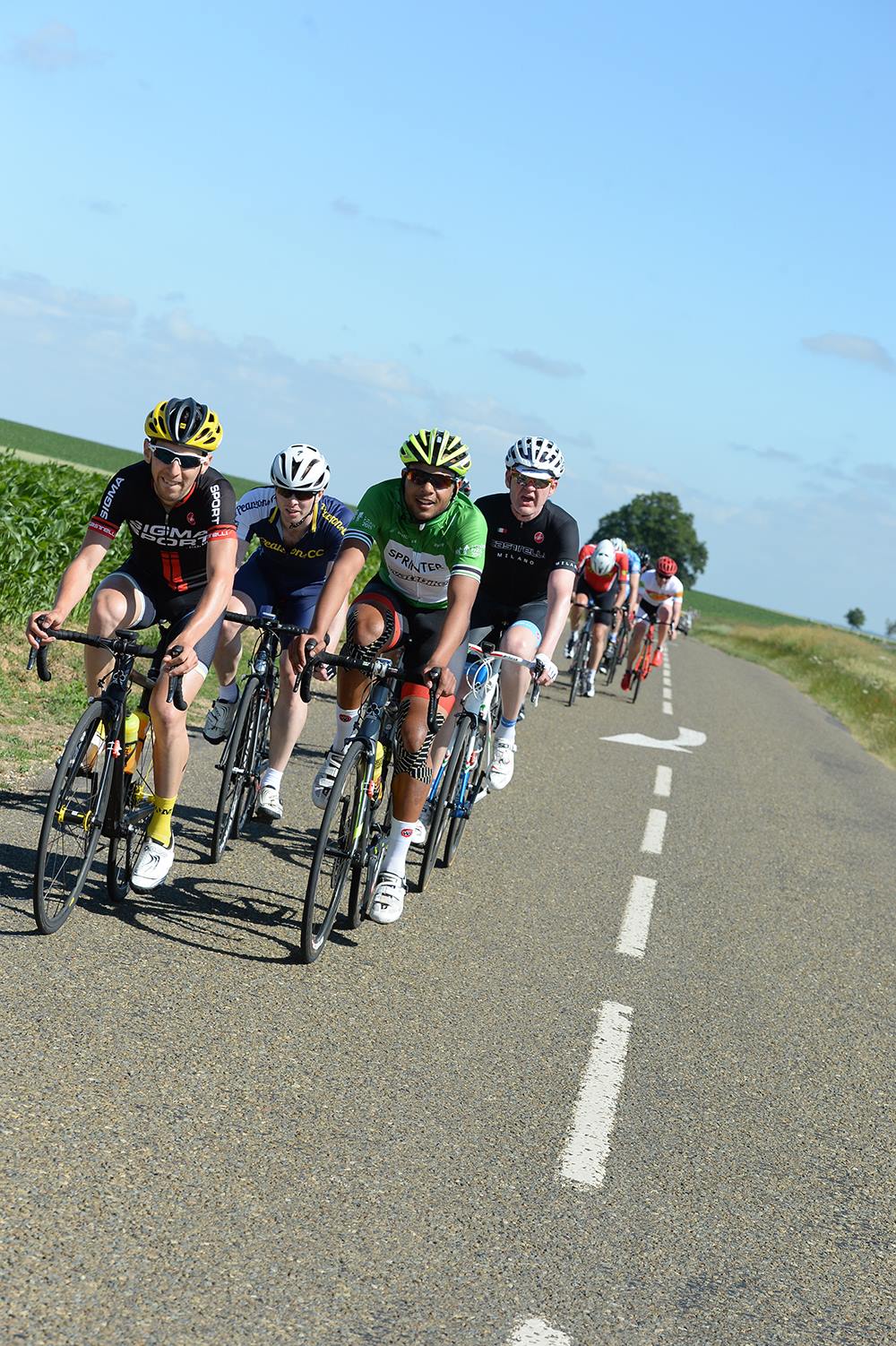 The day everyone had been waiting for, a later start and with temperatures in the late 20’s this was the perfect weather to clock up the miles in.

With the GC battle a close run thing, the tough section was sure to be closely contested. It didn’t disappoint, with numerous attacks and racing in the gutter it was a fantastic section, although my GC chances went out of the window with an untimely puncture with 5 kilometres to go. 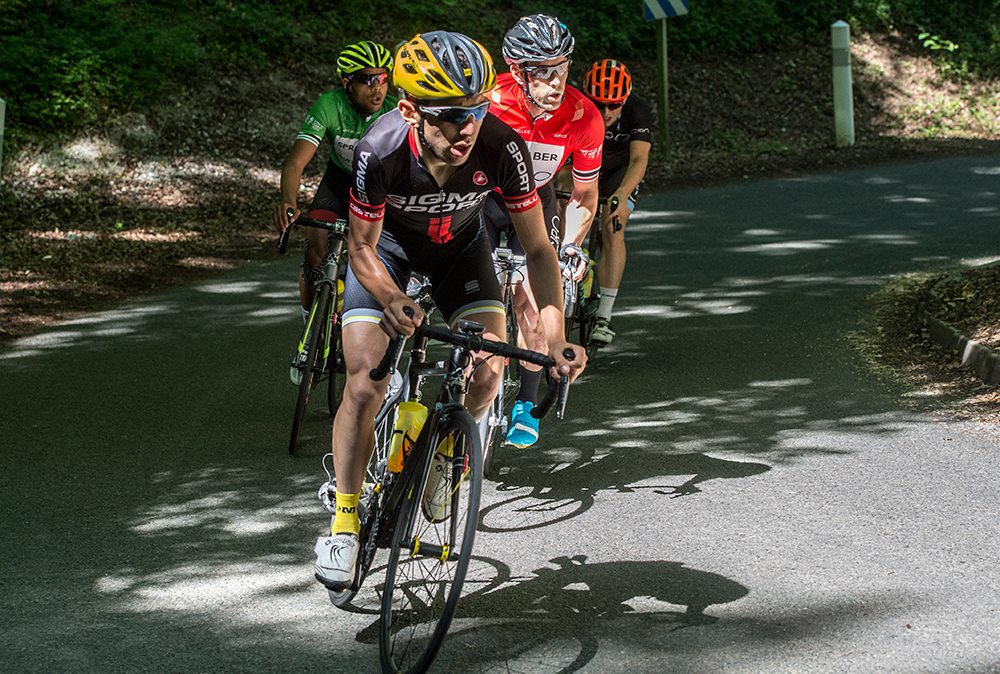 The KOM section was an equally close run thing. With Shameeg claiming the points and winning the overall.

Racing done, a relaxed lunch in Menucourt was the final stop before the mass ride into Paris. 50 kilometres and some of the most special 50 kilometres I have ever ridden. All 400 riders present, we spun through the outskirts of Paris and, with the assistance of motorbike outriders, headed onto the famous Champs Elysees. I had goosebumps as we skirted over the iconic cobbles, round the Arc de Triomphe and across the line and gantry next to the Eiffel Tower. 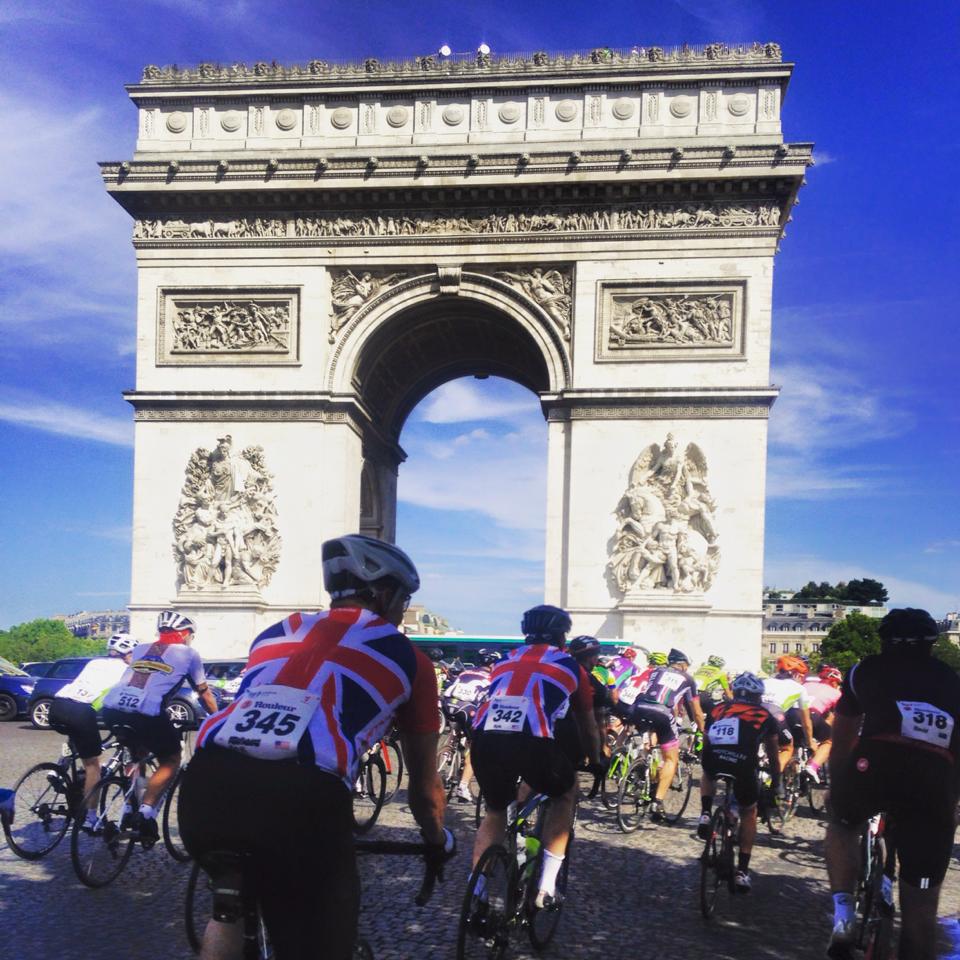 Greeted with a finishers medal, a bottle of Champagne and a stunning view of Paris, this truly unique event will be a memory I treasure for a long time.

Thank you to Joolze Dymond, Matthew Alexander and HotChillee for the use of the photos.