Gordon Ramsay, Sir Chris Hoy and Victoria Pendleton joined forces at The London Olympic Velopark in November for 'The Velodrome Pursuit'. It certainly had the ingredients for a memorable fundraiser - and Sigma Sports was proud to be part of the action.

Gordon Ramsay was put through his paces by former Olympic Gold medallists Sir Chris Hoy MBE and Victoria Pendleton CBE during an action-packed day of track cycling at the Lee Valley VeloPark in early November, all to raise money for the Gordon and Tana Ramsay Foundation.

The Gordon and Tana Ramsay Foundation supports Great Ormond Street Hospital Children’s Charity and the money raised, at the Velodrome Pursuit event, was all for vital equipment to expand the Paediatric and Neonatal Intensive Care Units. 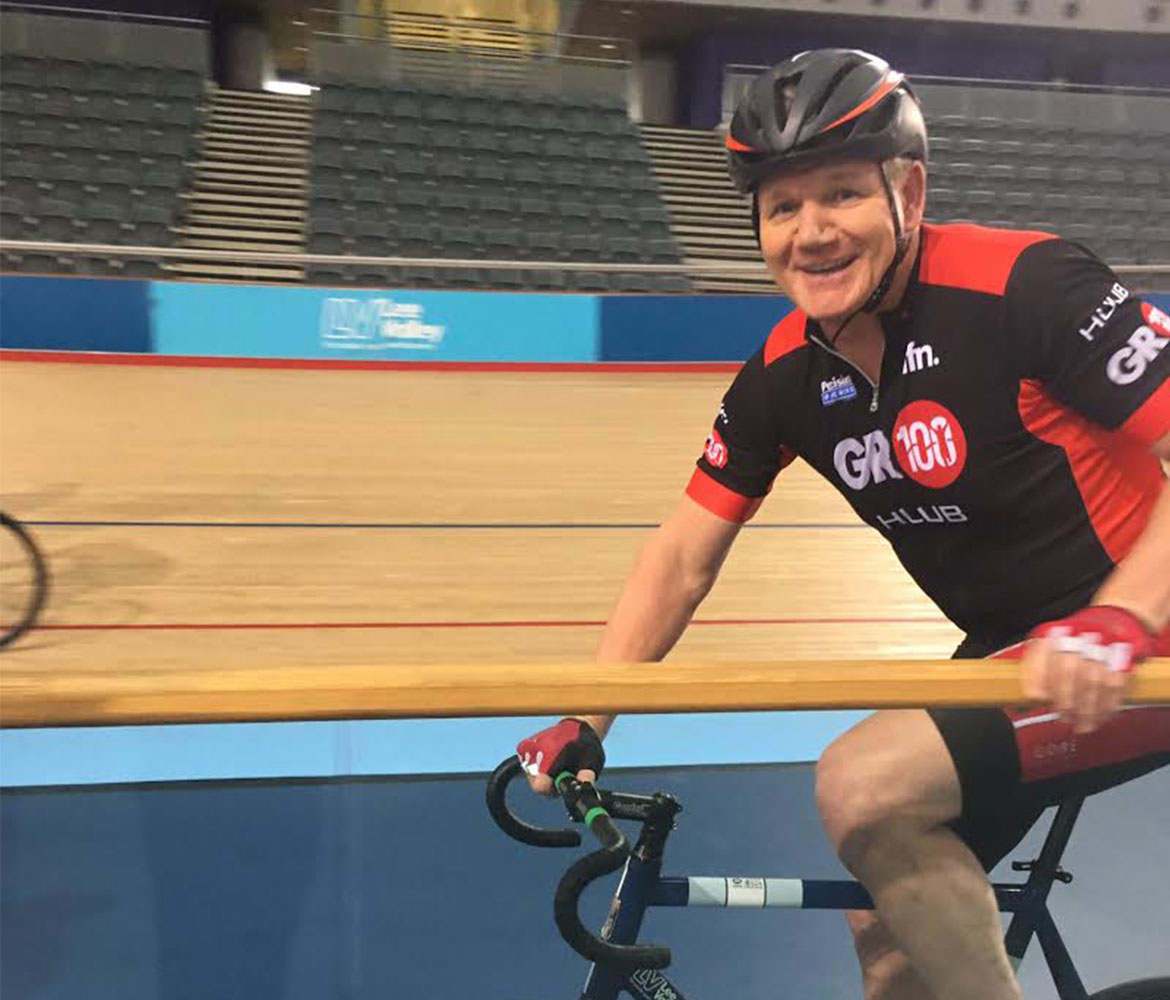 Ramsay joined up with GOSH Children’s Charity to create the event, which allows amateur cyclists to compete, in teams of four, at the velodrome. This was the setting that saw a flurry of GB gold medals being won back at the London 2012 Olympics.

"To cycle the track of the iconic Olympic Velodrome, following the footsteps of legends Chris Hoy and Victoria Pendleton, was just incredible." 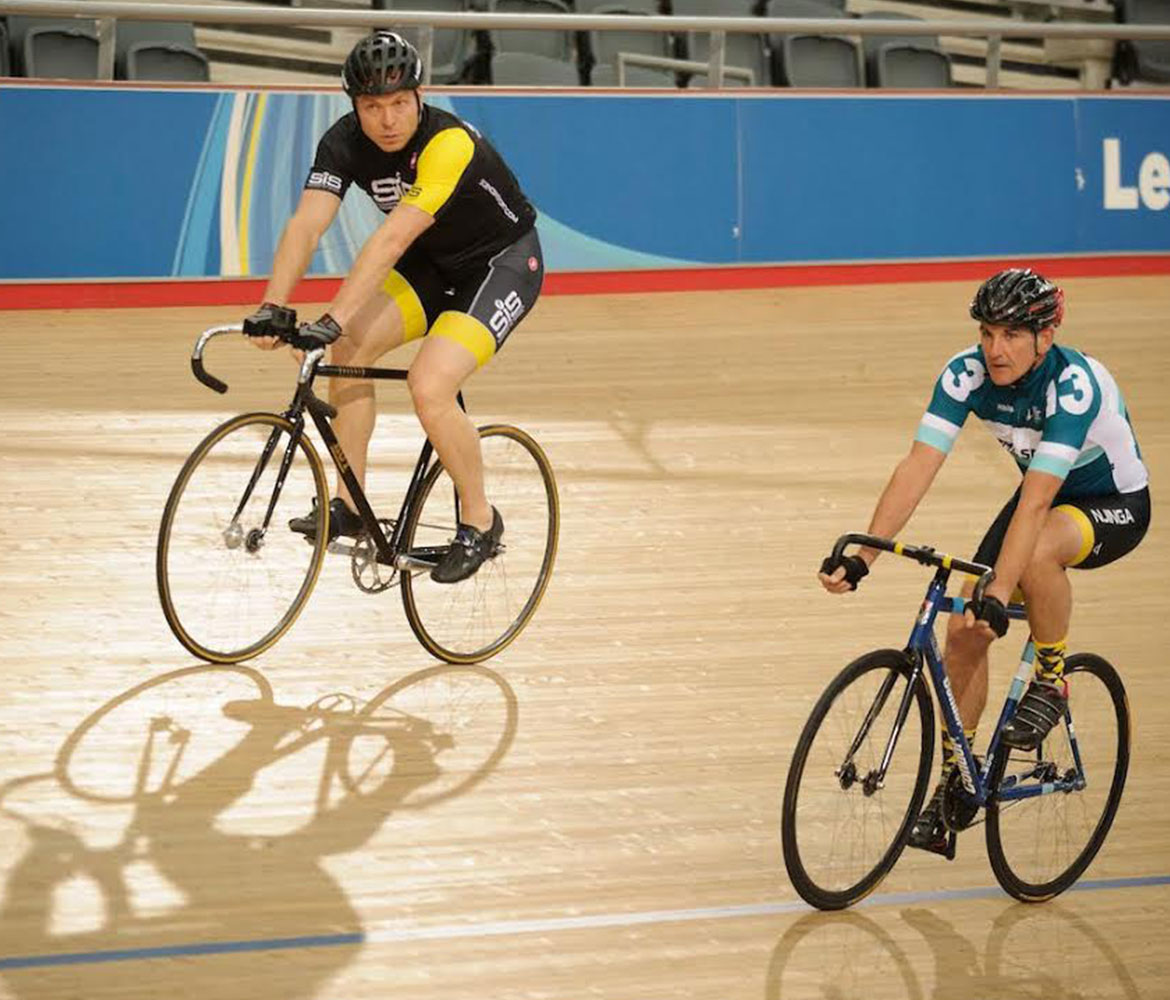 Track legends Hoy and Pendleton turned their hand to coaching in the morning, offering all the teams their expert guidance and track cycling tips in preparation for the pursuit competition in the afternoon.

Ramsay added: "All the teams that took part were fantastic and the expert coaching during the day made all the difference." 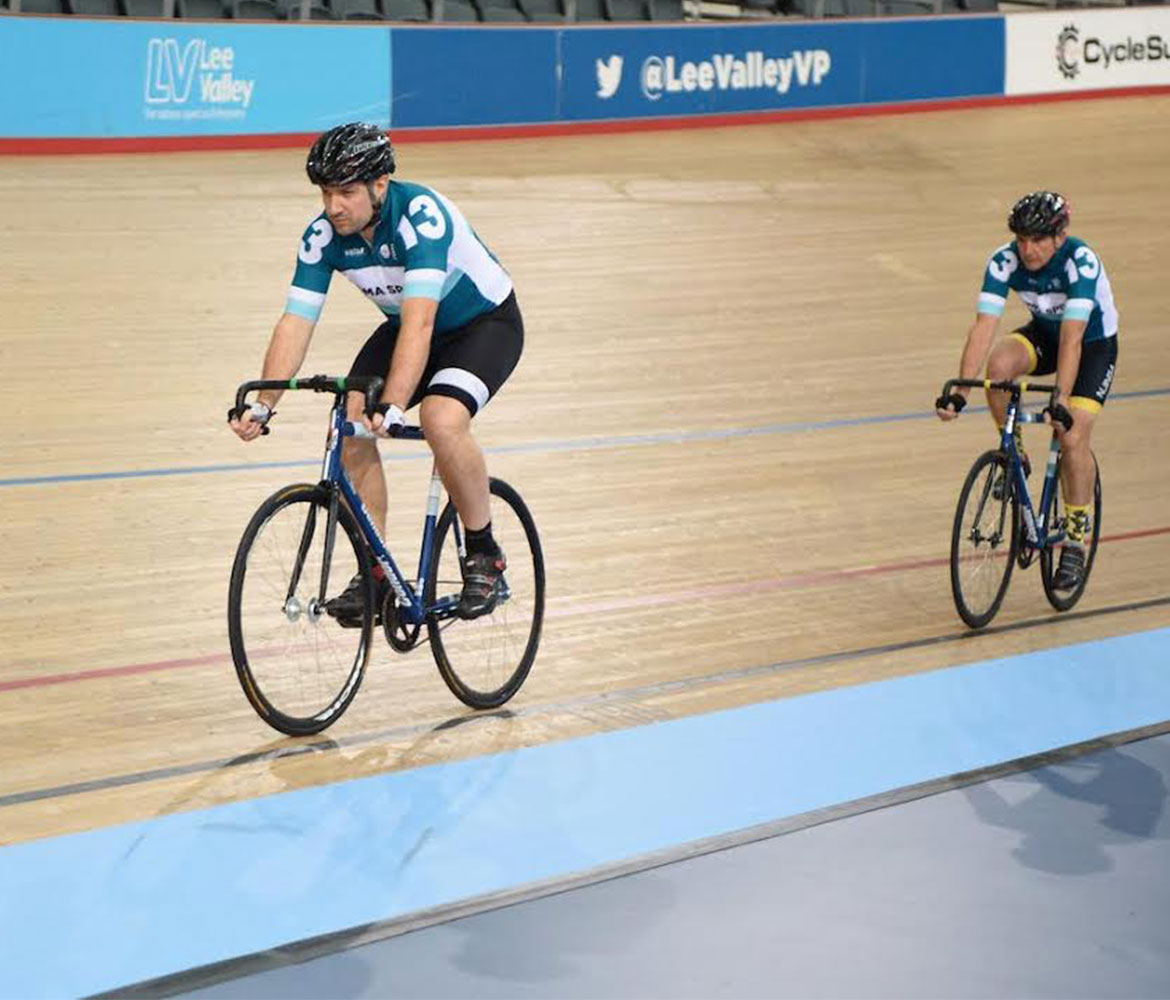 Pendleton, who is a GOSH Charity Children’s Champion, and was guiding teams through their first attempts at track cycling, knows all too well how vital Great Ormond Street Hospital is.

She said: "My twin brother was treated for leukaemia at GOSH as a child, and I am hugely grateful for the care and compassion that was shown to him, that’s why I am so pleased to be here.”

Sigma Sports added to the experience on the day by providing several fun and informative demonstrations on bike maintenance conducted by Sigma Sports Mechanics, George Gori and Will Bridgman, as well as entering a team in the pursuit, where they finished a respectable 8th place. 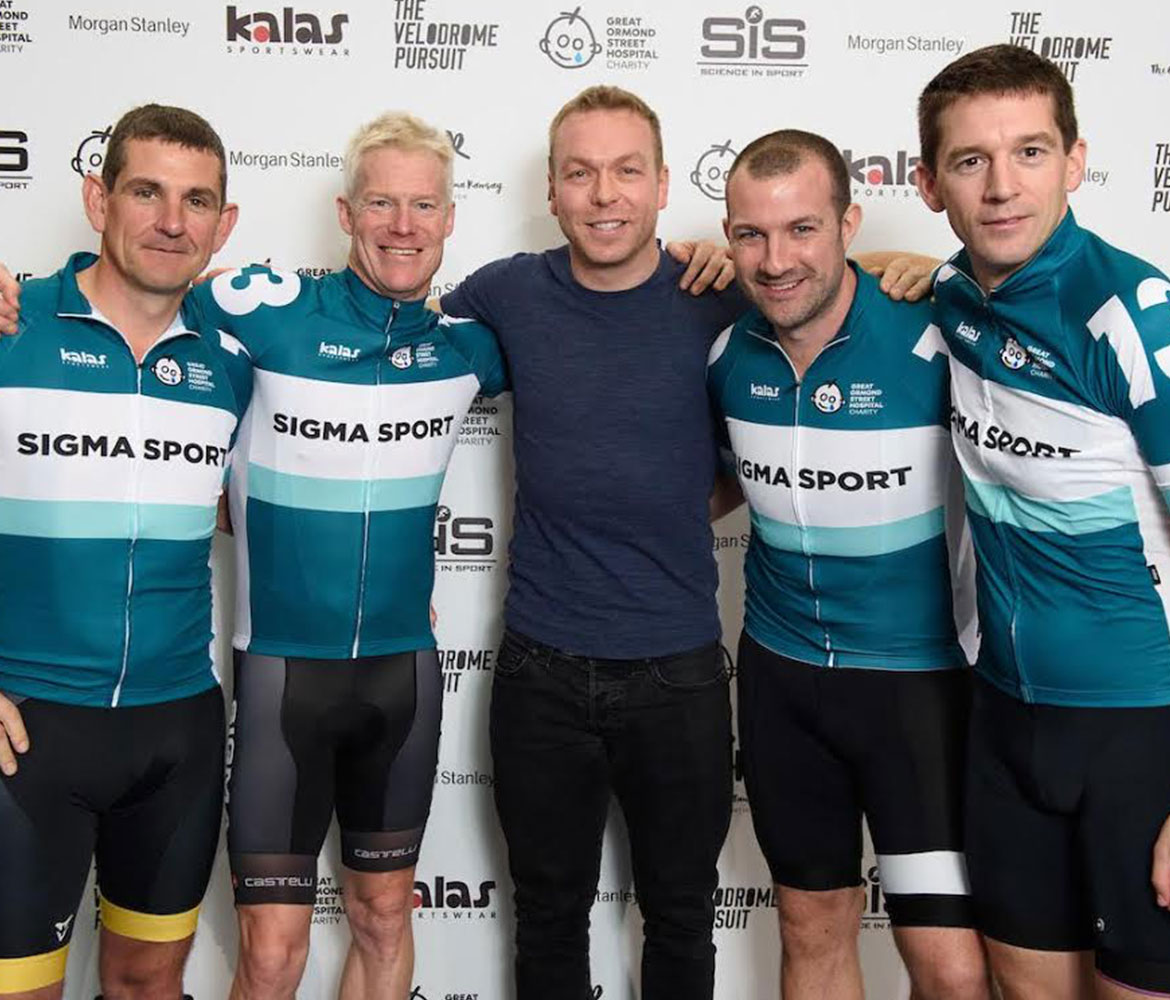 The cycling was followed by a fundraising gala dinner in the middle of the famous track, where the menu was designed by Gordon’s team at Union Street Café and Absolute Taste.

The evening's entertainments included a fantastic Q&A session with Ramsay, Hoy and Pendleton, and was followed by a live auction hosted by none other than Tim Wonnacott from TV hit show Bargain Hunt.

Neal Donnelly, Director of GOSH Children's Charity summarised the day by saying: "We are absolutely thrilled that the event was a success and I am delighted to say that the total raised was £70,000, a fantastic amount which will have a tremendous impact on the work of the hospital."

The GOSH fundraising team are keen to build on the success of The Velodrome Pursuit and will likely run another event next year. If you are interested in finding out more about how you could be involved then please contact Emma Sargent or visit the Gosh Events Twitter page.