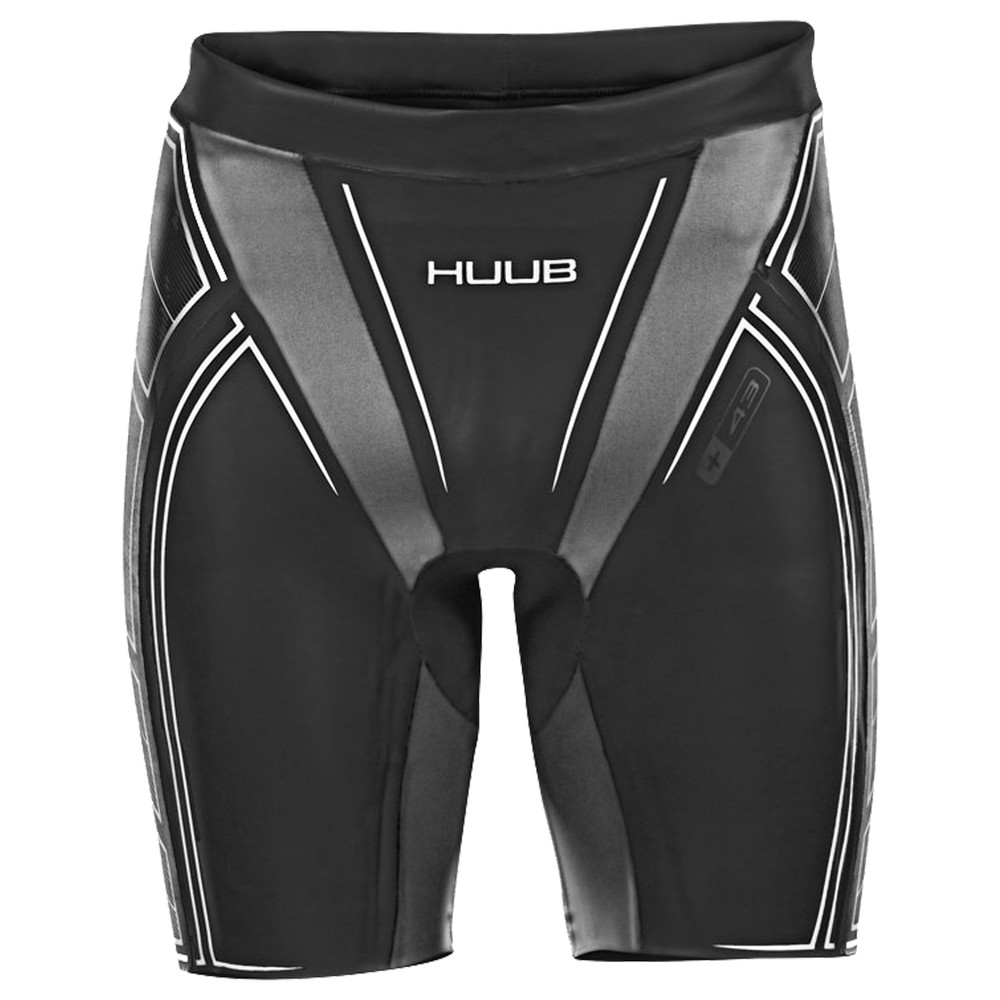 As the name suggests, the HUUB Varman Neoprene Buoyancy Short provides new levels of flotation. HUUB developed their exclusive +43 buoyancy foam which offers 43% more buoyancy than standard neoprene. Their design brief given to them from a wide array of testers including Olympians was to produce a product that enabled the wearer to perform as though they were wearing normal swimwear. The results are impressive with the new foam being lighter and more buoyant than previously manageable. This has been achieved through a mix of material but also by using dimples and contours on the shorts to assist in the flow of water over them.

The buoyancy short enables the wearer to get their hips and thighs higher creating a better balance as you pass through the water as the kick and body alignment are improved. 3mm neoprene has also been used on the front and rear to ensure level buoyancy when you are in the water.