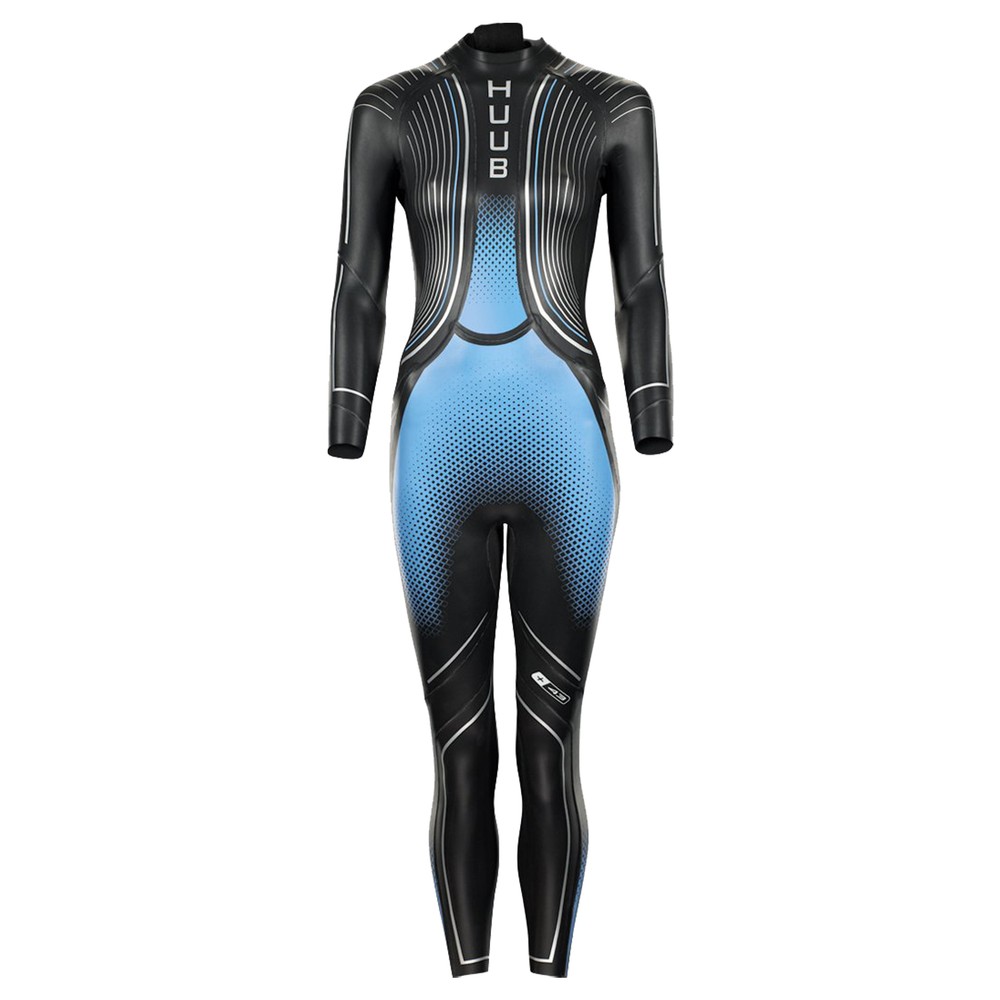 HUUB wanted to create a women's wetsuit that was specifically for women, not a mens wetsuit reshaped. Working with the Brownlee brothers, they started from scratch and spent two years, developing and testing to produce the HUUB Agilis Brownlee 3.3 Womens Wetsuit with their unique 3:3 buoyancy profile.

The brief from the Brownlees was to create a wetsuit that allowed you to swim as if you weren't wearing one throughout the full stroke cycle and get their legs and hips as high as possible and maintain that position. After extensive testing of different materials, how they worked and moved, they created a new Arms Neutral™ position reducing the typical maximum stretch cycle down by 50%. Effectively HUUB has created a wetsuit that allows you to replicate your stroking style cycle as if you weren't wearing one, delivering a Rotational Freedom™ never achieved before.

Part two was to allow the hips and thighs to be raised, by using new buoyancy materials they delivered this with new levels of lift but still within regulation rules. HUUB's exclusive +43™ buoyancy foam not-surprisingly provides 43% more buoyancy than standard neoprene. The standard process in wetsuit design is to add extra buoyancy to the thighs and hips but on the Agilis Brownless 3.3 Womens Wetsuit, the +43™ material goes beyond the centre of buoyancy for maximum leg lift.

To increase comfort, there is a pressed neck edge and to give you the edge in transition there is a breakaway zipper.