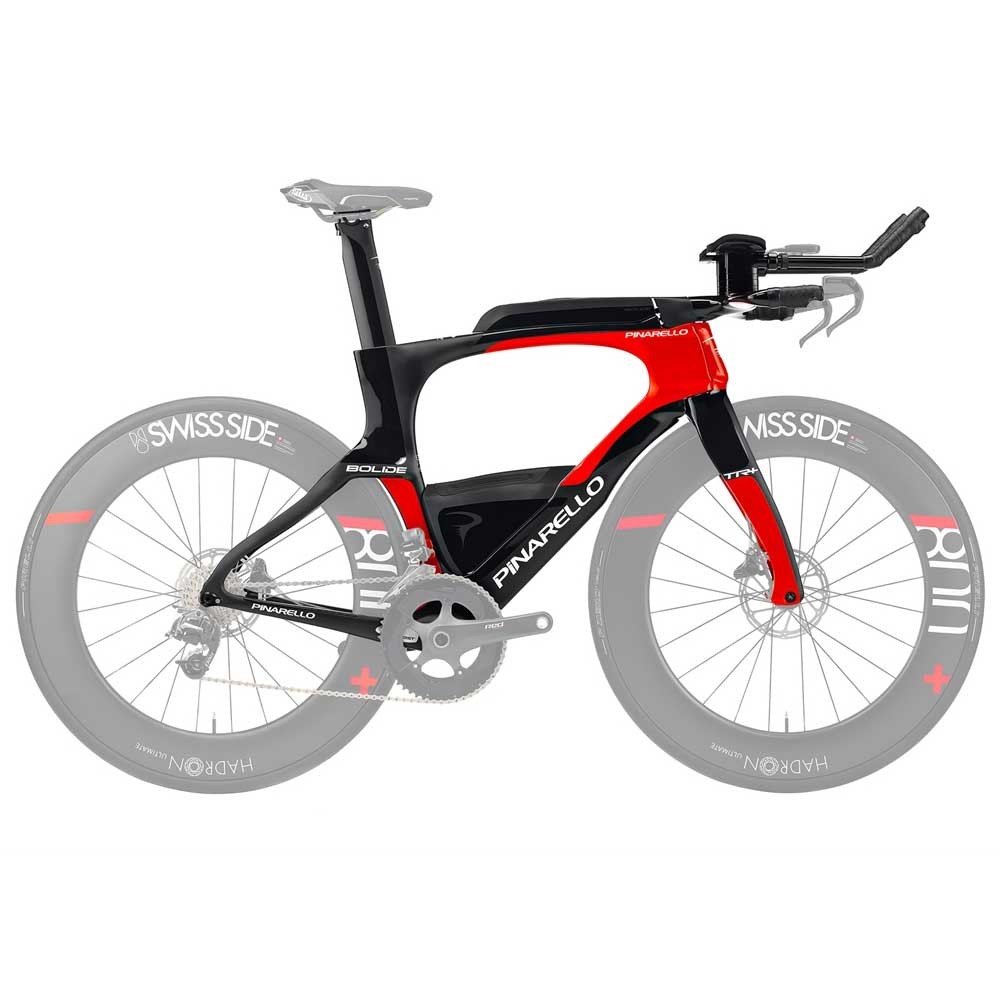 Aimed squarely at helping triathletes to complete the bike leg as fast and as efficiently as possible, the Pinarello Bolide TR+ Disc TT/Triathlon Frameset is more aerodynamic than the original Bolide which had to meet the UCI regulations. The premium Torayca T1100G UD carbon is light and stiff, and every aspect of the frame and fork has been designed and extensively tested for maximum aerodynamic advantage. The addition of a fuel box on the top tube (and an optional toolbox for the down tube) has actually aided rather than hindered its wind-cheating abilities and enables the athlete to easily access nutrition as easily as possible. Freed from the UCI shackles Pinarello has also made the fork deeper and has integrated the thru-axle into the Fork Flap. Fully-internal cable routing and flat mount disc brake compatibility ensure that the Bolide TR+ is one of the best triathlon frameset available today.

Please note that due to the nature of the integrated handlebar and stem, we need your required stem length details at the point of ordering.