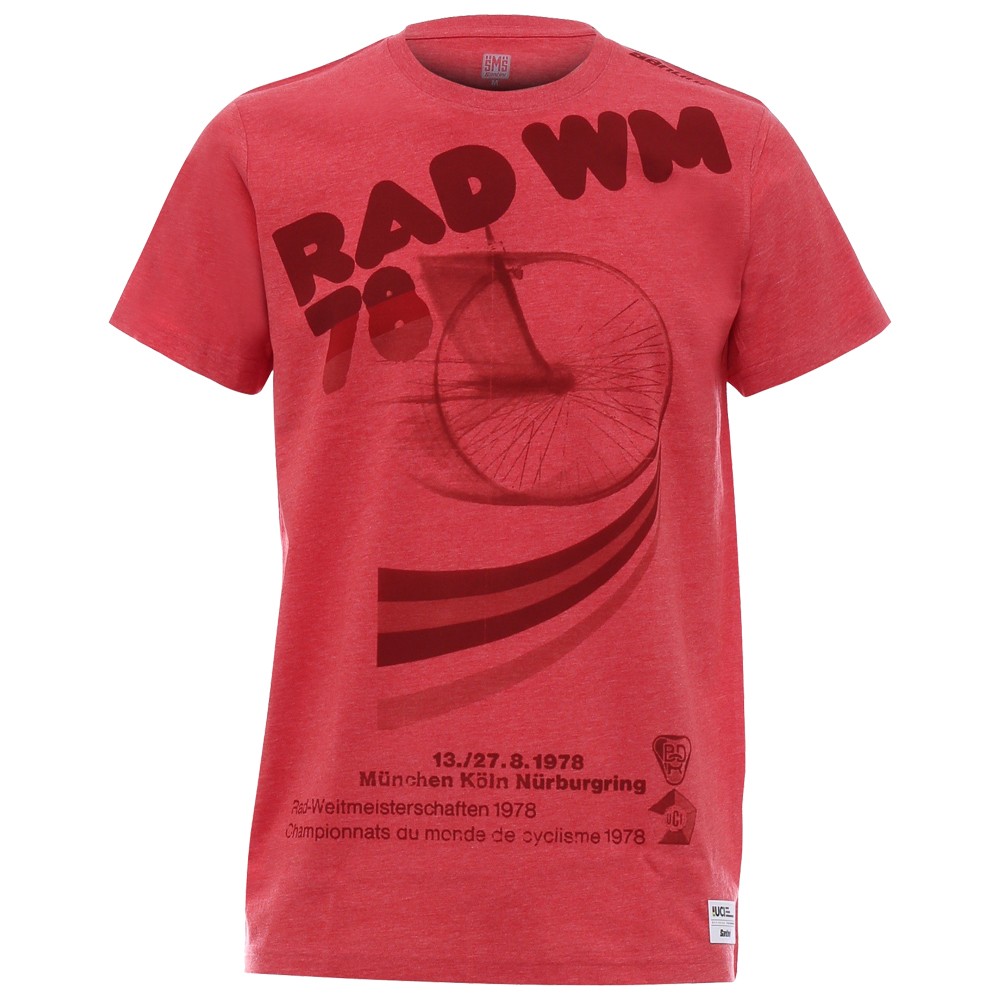 Santini's UCI Collection Rainbow T-Shirt has designs inspired by past world championship races. Not only stylish, but it also has the comfort to match, and has been constructed from premium Italian fabrics.

Black: Features a poster of the 1953 world championships. Held in Lugano that year and won by none other than Fausto Coppi. It was his only ever victory at the world championships during his stellar career. A long solo breakaway on the day sealed victory for him by a large margin.

Blue: Features an embroidered poster from the 1932 world championships. Held in Rome that year and won by one of the home favourites, Alfredo Binda. It was his third and final victory in the event coming toward the end of his illustrious career.

Green: Immortalises the victory at the 1947 world championships of Theo Middelkamp.

Red: Features the official poster celebrating the world championships in Nürburg, West Germany in 1978. Won by Dutch rider Gerrie Knetemann who was at the peak of his powers that year. He pipped Francesco Moser in a hotly contested two-up sprint to the line.

Yellow: Features a printed poster from the official program of the 1973 world championships. It took place in Barcelona, Spain that year and was won by Italian Felice Gimondi. He came off the back of a three-man break in the closing metres beating the great Eddy Merckx in the sprint.