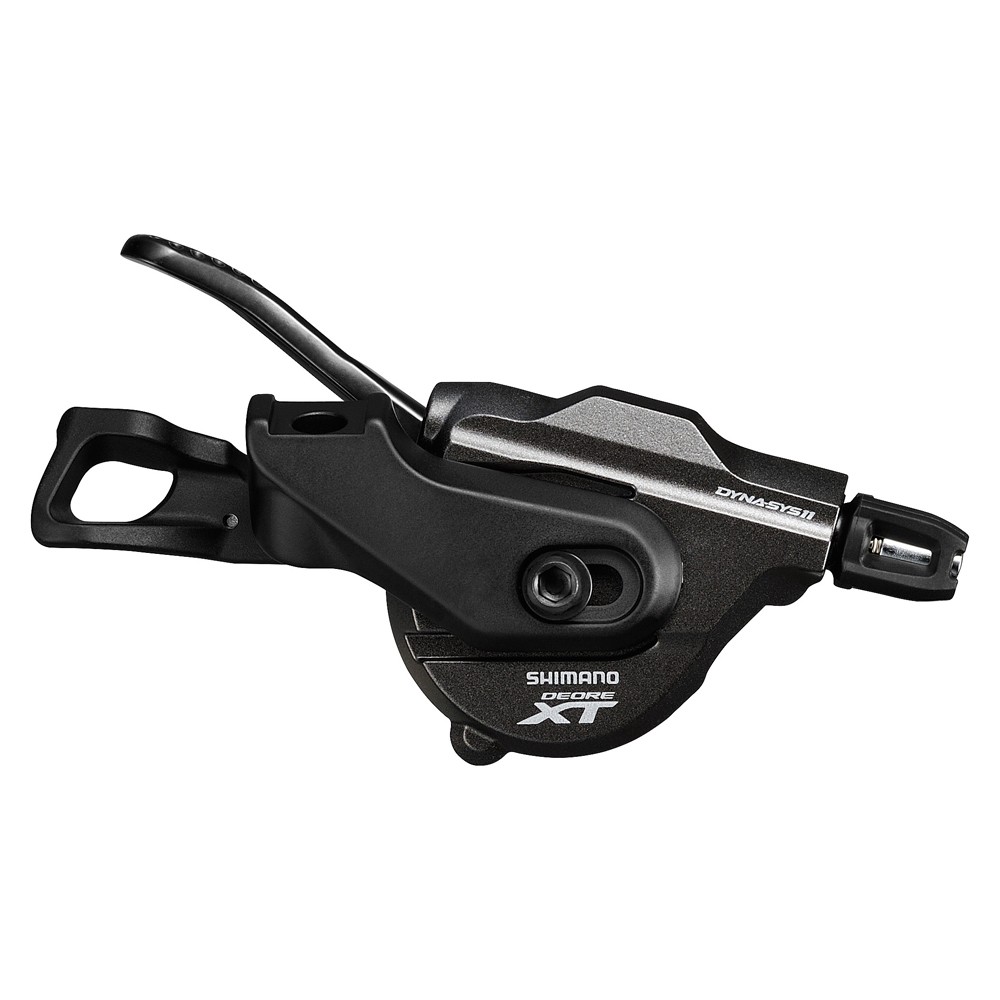 Shimano's M8000 XT I-spec-B Direct Attach Rapidfire Pod is a Dyna-Sys11 11-speed shifter for the right hand. Vivid indexing ensures shifts are fast and consistent across the 11 sprockets and shifting is responsive to light touch yet remains positive and sharp.

2-Way release in the upper lever gives you the ability to shift with either the thumb or index finger, and Multi Release means you can quickly change multiple gears in one go. With two ball bearing units reducing friction, you can be sure of smooth and reliable shifts. The lower thumb release lever is constructed from alloy and its anti-slip design is both durable and ensures precision. A handy optical gear display will show you what gear you're in while allowing plenty of clearance for suspension lockout clamps.