The Man Ride is an initiative by Black Sheep Cycling to raise awareness of, and money to help combat men’s mental health issues. One in a series of nine rides taking place globally, Lucy Mannall, a bike fit technician and member of our sales team at Sigma Sports took to the road as part of the team, covering 1000 kilometres in just five days. Here, she tells her story.

When I was first asked to get involved and be a part of the Man Ride I was a quite apprehensive as it was going to be the biggest challenge that I have ever undertaken on my bike. 1000 kilometres is a seriously long way for anyone to ride in five days, let alone along hilly Welsh roads. I said I was up for the challenge and from that point on there was no turning back. Spurring me onwards was the thought that this ride like no other was for such a great cause; to raise not only money but awareness for men's mental health, something which affects so many of us, directly or indirectly, whether it's a brother, partner, father or friend. 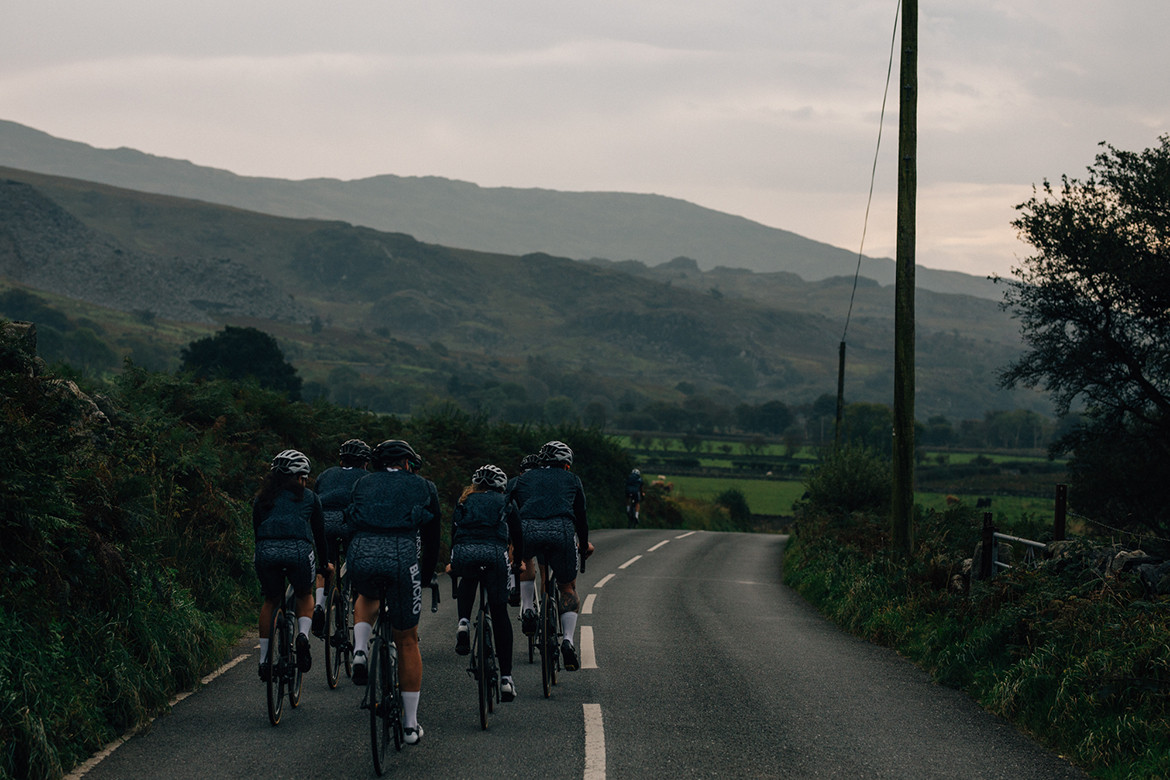 We all met for the first time as a team. Two support crew, one mechanic, one photographer, two film crew and eight riders, all from different walks of life and from around the globe. There was some apprehension and nervousness in the air. We all knew that the next five days were going to challenge and push us both mentally and physically. We had all decided to make a difference and raise awareness and so after a fairly lengthy drive up the M4, through the heart of Wales, we arrived at our start location for the Man Ride, Holyhead. The 6am wake-up call beckoned.

Day One - Holyhead To Aberystwyth 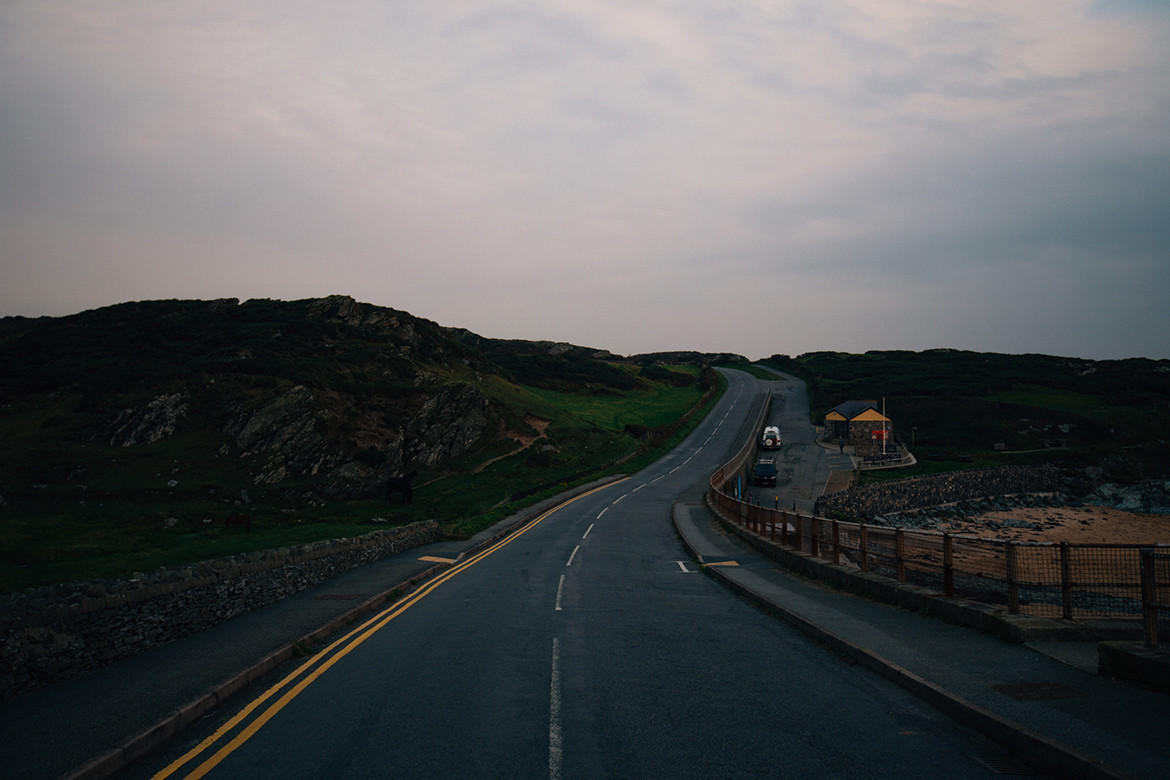 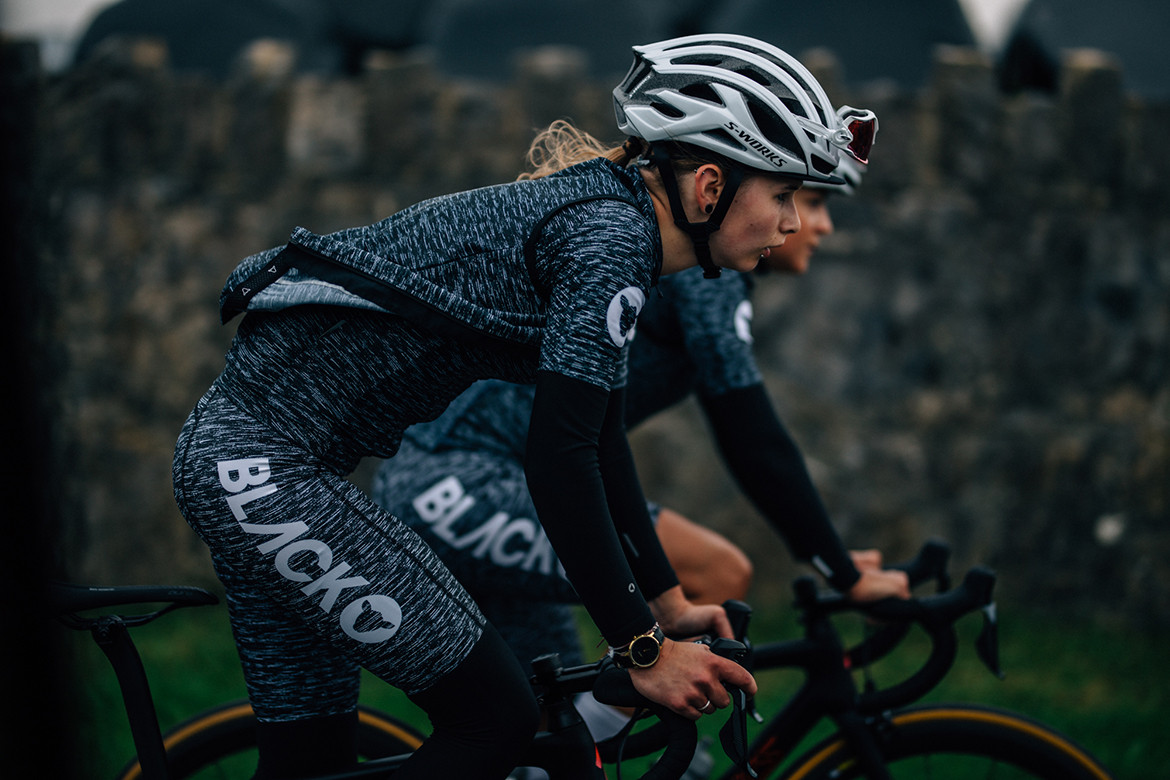 It started out with a beautiful 7am sunrise as we rolled out and along the seafront. The first coffee stop was something I, and a lot of the other riders, will say was the most poignant and touching moment of the whole ride. One of the riders, Jason Roberts, a celebrated Australian chef, ended up in the kitchen taking the coffee orders and getting to know the staff, something that had us all in tears of laughter. Jason then got talking to Sharon, one of the members of staff at the cafe. They chatted about tattoos and exchanged the stories behind them.

She also asked what we were all doing wearing the same kit and riding bikes around Wales. As we explained and our motive became clear, she was taken aback. With tales of tattoos still whirling in the air, she pointed to one in particular - a jigsaw piece inscribed with the name Joe. She told the story of how he had disappeared seven years ago after he found himself battling mental health issues. Teary-eyed, it was clear we were riding for a good cause. This unusual and poignant chance encounter struck to the core of why we were out there, and what we were there to do. 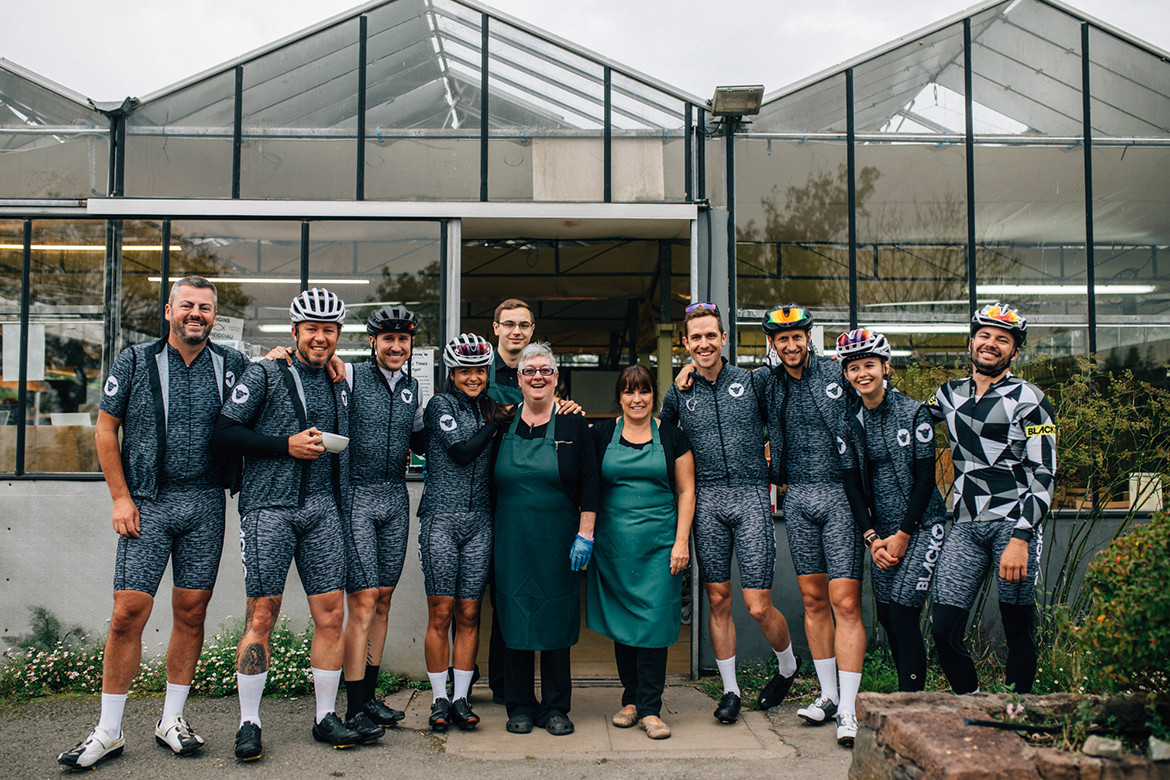 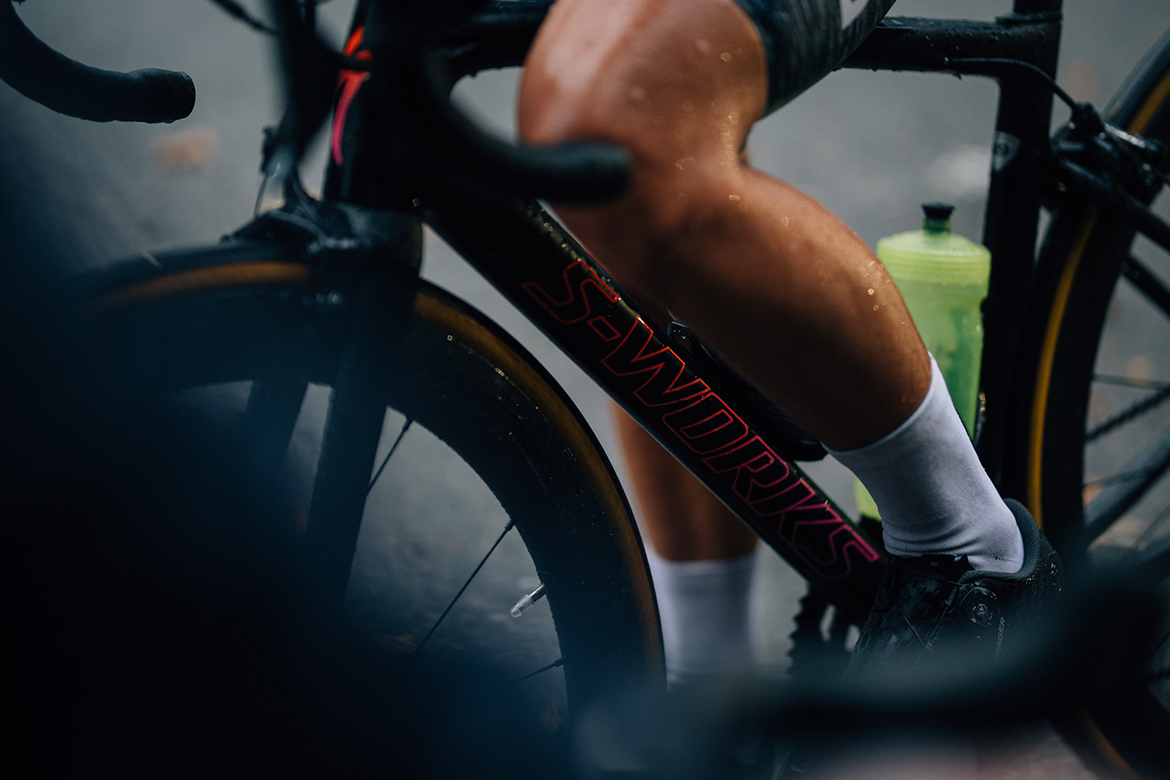 Heading south towards Snowdonia National Park, we started taking in the first big climbs and sweeping descents. The challenge ahead of us only seemed to grow in stature. It was my first ride on the Specialized S-Works Women's Tarmac SL6 Road Bike and from just the first few hours riding, I was incredibly impressed. It was such a pleasure to ride; the new modern look with sharper lines and an aero profile to the rear not only help style the bike but shape its prime performance. Carrying me swiftly through to lunch, my legs started to grow heavy as the rain began and we were tasked with ascending one of the highest roads in Wales. Entirely drenched, it was made all too clear that we weren’t in for an easy ride. 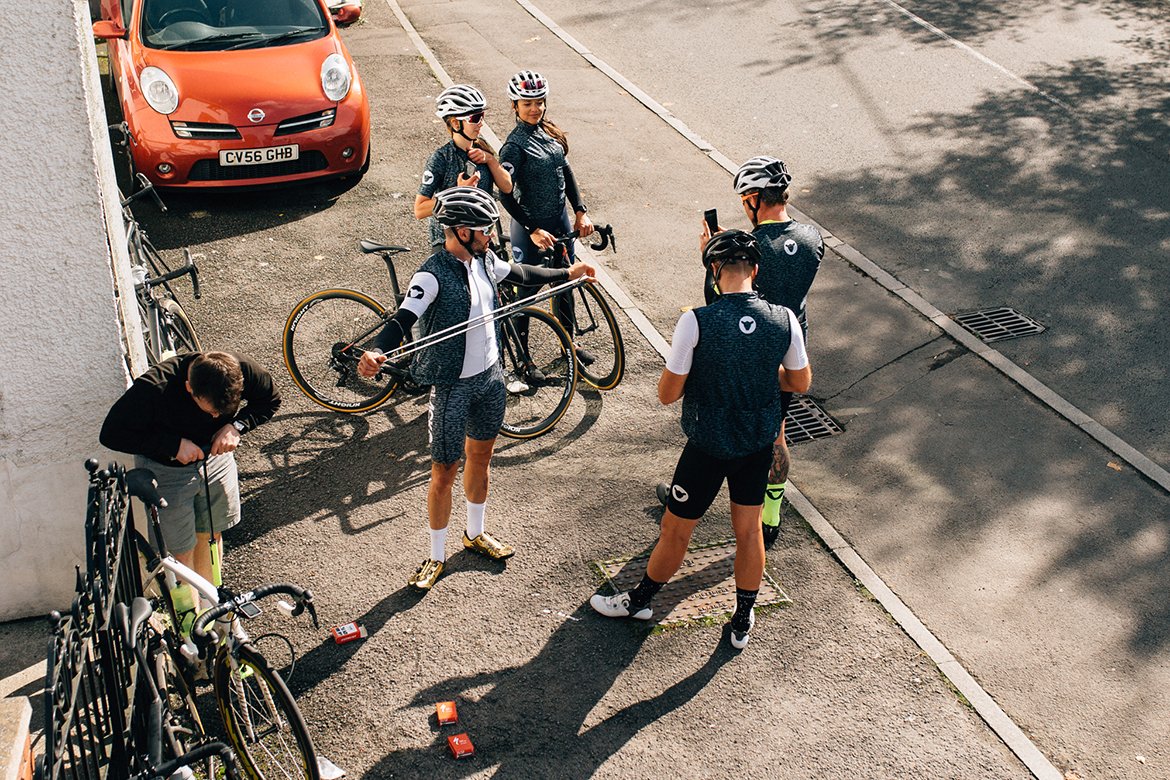 After riding further than I had ever ridden before on day one, I was strangely excited to get back on the bike and take on the highs and lows that were waiting for us out on the road. 205 kilometres of tarmac were on the menu and with 204.5 kilometres remaining, we had our first puncture of the day. The terrain was forever undulating, but the sun came out and spirits were still high from the elation of previous day. The route took us along headwind littered coastal roads before a climb that proved breathtaking in every sense. Descending, the aero benefits and stiffness of the SL6 Tarmac really made themselves known, giving me extra miles without the extra effort. Our group rolled into Carmarthen just as the sun was setting. My body was starting to feel the effects of the last two days and the last 50 kilometres was a real struggle for me, however, the teamwork and support from the group was amazing, willing me onwards at every turn. 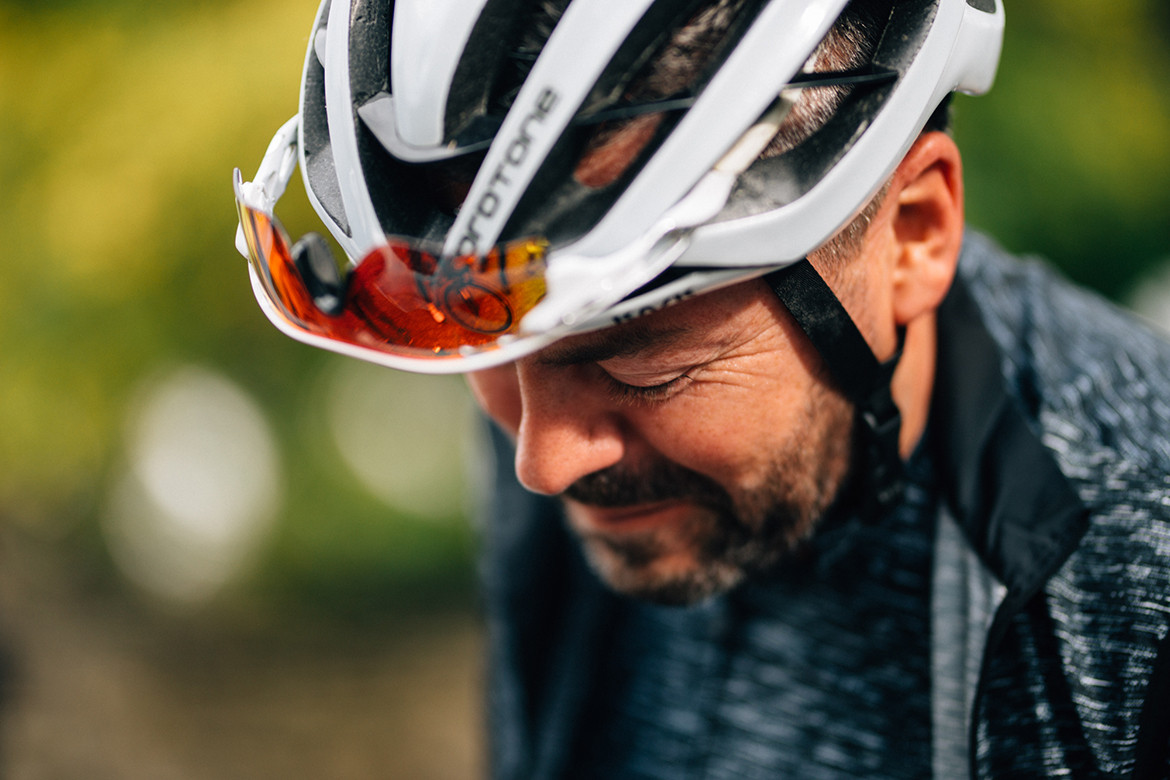 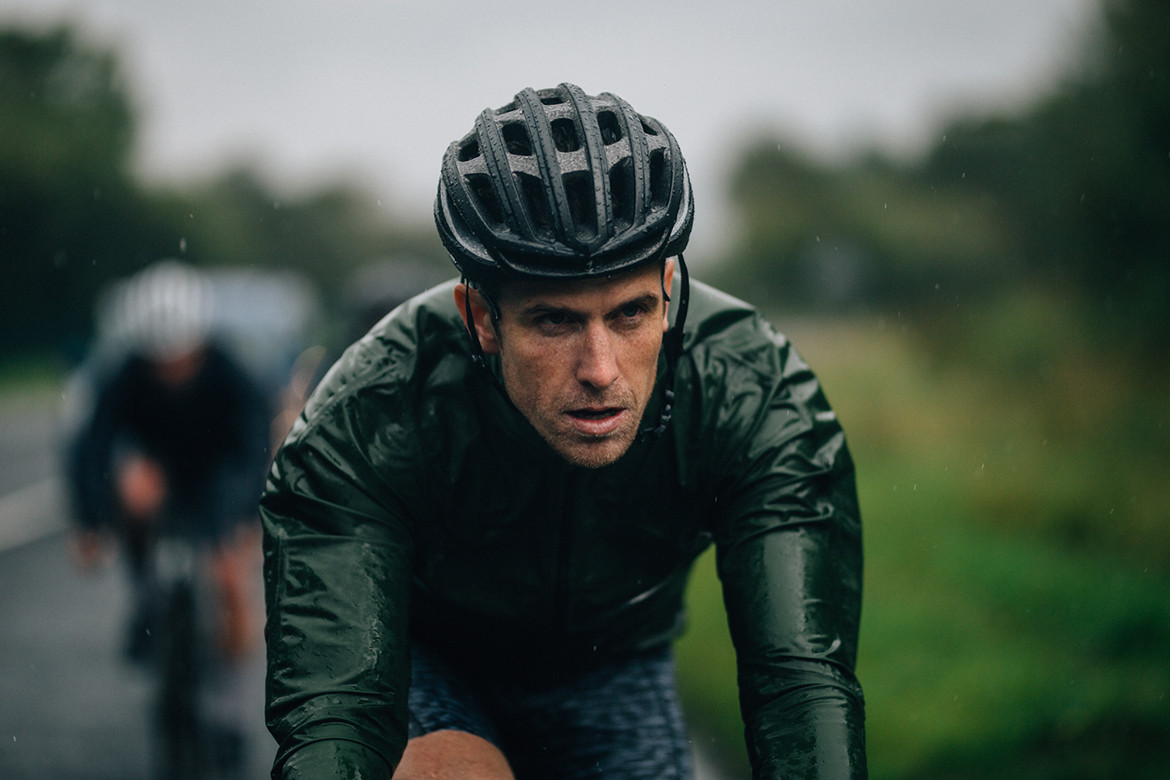 With two stages down and three still to go, I not only felt the accumulated miles in my bones but had a mild dread for those still to come. The third day was meant to be the shortest out of the five but knowing we still had 600 kilometres to go was daunting, physically and psychologically. Spending ten plus hours a day on the bike gives you a lot of time to think and reflect on your own thoughts, and for many, the bike is a safe, quiet space, where all that matters are simple concerns. You wonder; can my legs do this? Have I eaten enough? Have I had enough to drink? How long is it going to take us to do the next 80 kilometres? At times in the group, there were long pauses where no words were spoken and you could just hear the hollow whirr of deep carbon rims and heavy breathing. As we rolled into Cardiff I was exhausted, but I don’t think I was alone in that fact. I felt proud that I had made it this far. 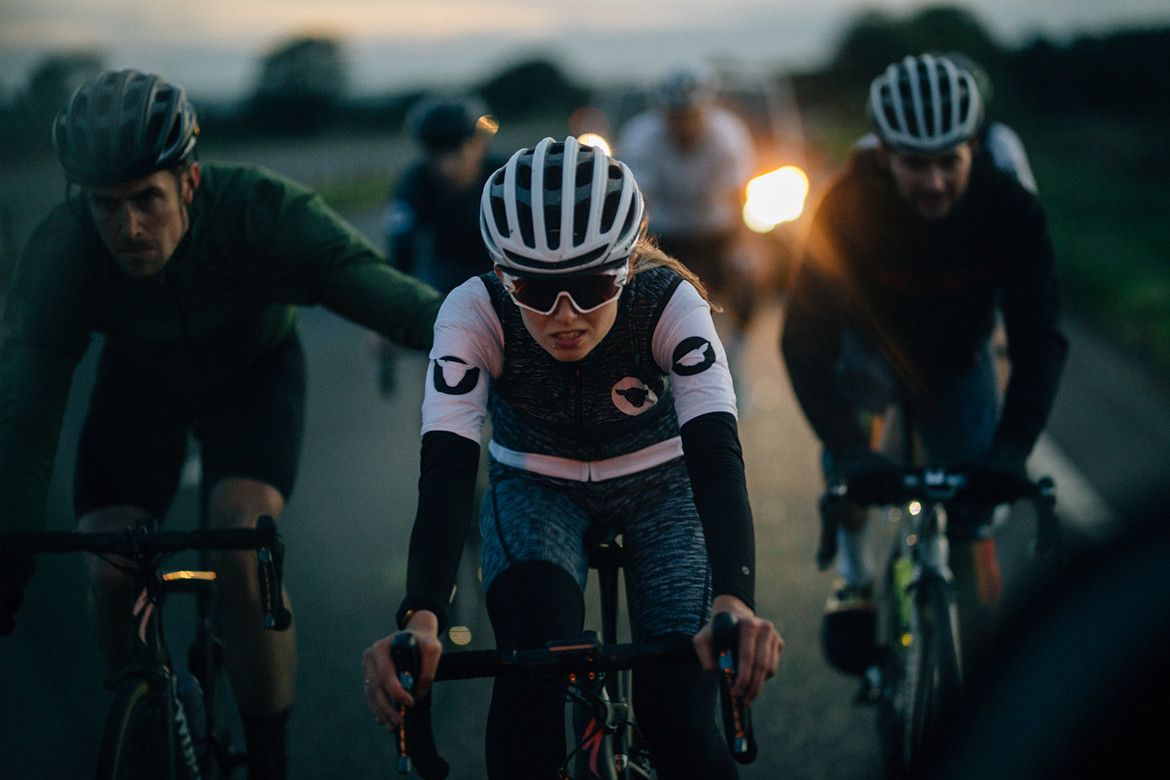 The end was steadily coming into sight. Crossing the border was a pretty special moment for the team, and signified a landmark in the ride - having battled through the tough Welsh terrain, each mile was one mile nearer home. Bums sore, legs heavy but spirits high, we rolled into the lumpy Cotswolds. Tackling punchy climbs and sweeping descents with finesse, I reflected on the bike that had carried me so far. I was well aware that the Specialized Tarmac SL6 was billed as one of the best bikes out there, but, I’d never even considered that such a feat would be possible, regardless of which bike was beneath me. The fact that I had made it so far was surely down to the machine that had allowed me to tough it out. Scenic views signalling our arrival in the West Country, I made sure to take them in, if, for no other reason than to take my mind of the stiffness and weariness that saturated nearly every muscle. 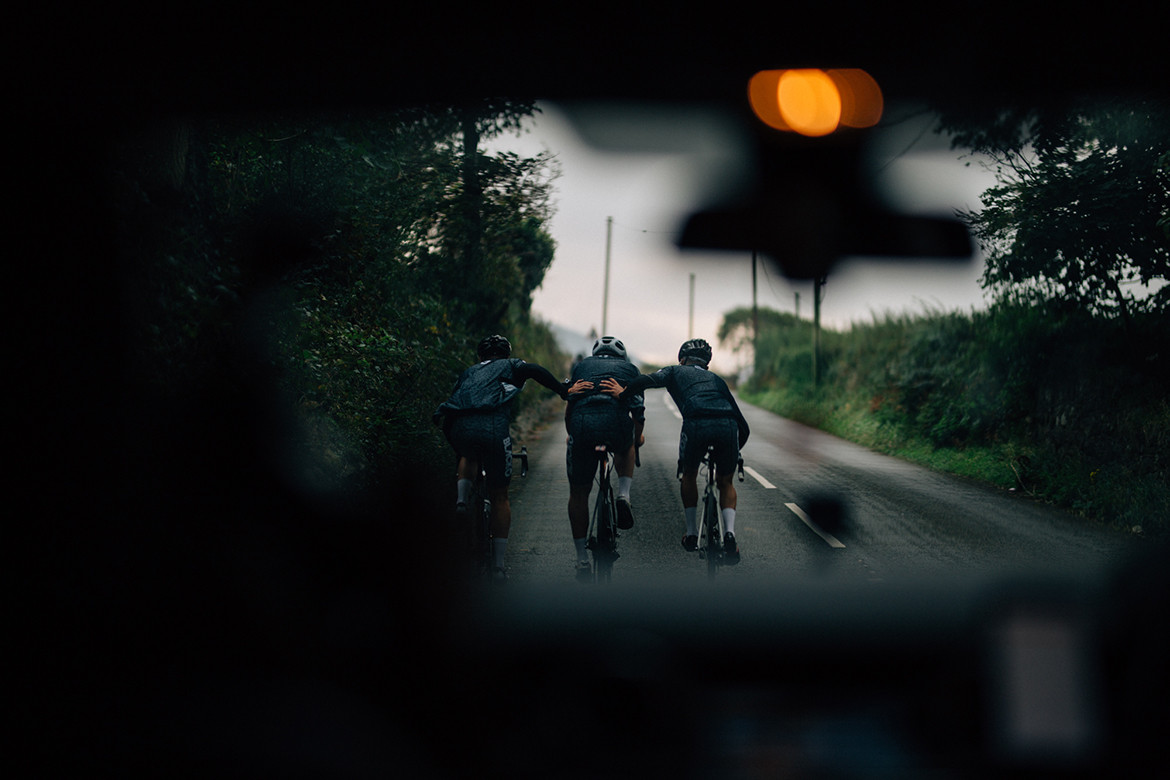 With 800 kilometres in my legs over four days, the realisation that I could actually do this began to dawn on me. Just one more day, just a few more hours and the pride, satisfaction and knowledge that I was part of something so special was sure to help me power onwards. The events from the first coffee stop on the first day were still on my mind. With a rendezvous scheduled in Lightwater to meet up with the riders from the Man Ride UK, we had to set a quick pace. Those few hours were especially tricky as we collectively endured eight punctures in around three hours alone. We got to Lightwater and were greeted with smiles and congratulations. All that was left was a 40-kilometre processionary spin with the group of Man Ride UK riders to the Sigma Sports store in Hampton Wick. We had done it. 1000 kilometres in five days. Holyhead to London. 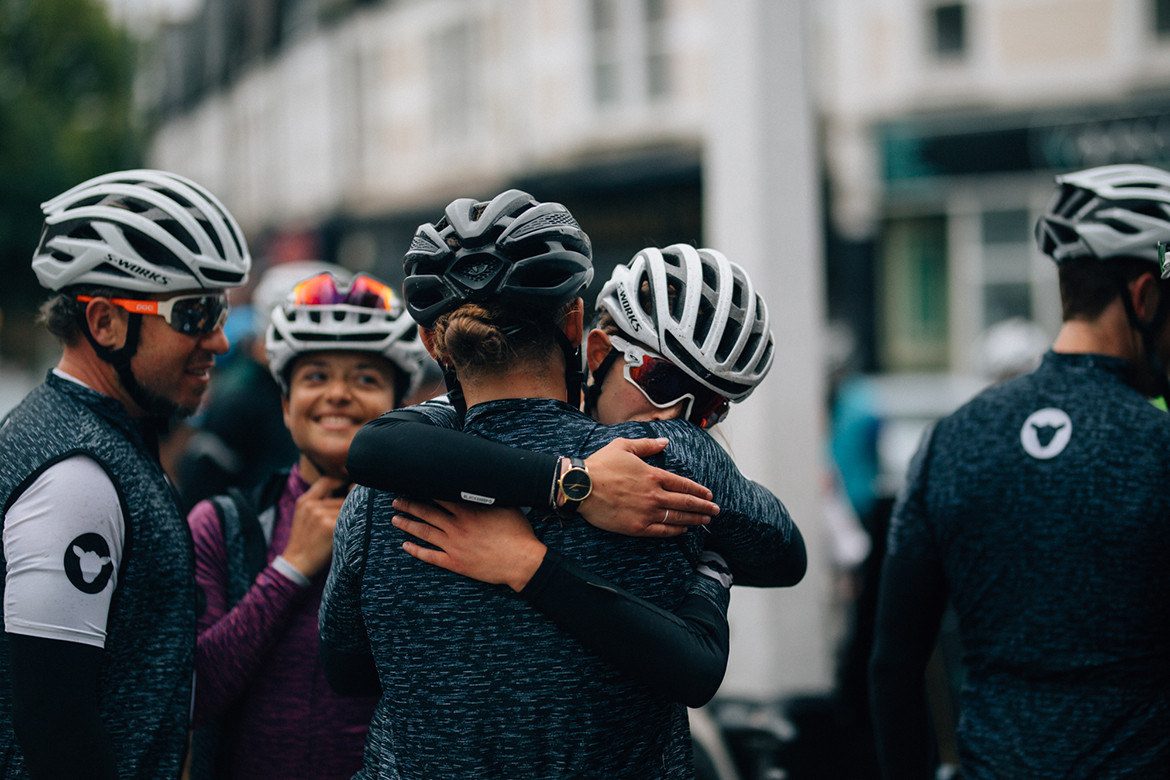 I knew that it was going to test me not just physically but also mentally. This year is the second year of the Man Ride and it was so special to be a part of it. The global initiative takes place within a 24 hour period, across nine locations around the world. Each of these locations helped raise awareness and start the conversation on men's mental health. With the Black Sheep Cycling Chaos Collection kit produced especially for the ride, this brand is set to donate a percentage of its profits from this range to the Black Dog Institute, a charitable foundation working to promote mental health. Available in limited quantities, you too can show your support, with the Chaos Collection available at Sigma Sports now.