Chris Snook rides for the Nuun Sigma Sports Team and below shares his thoughts on dealing with an injury.

I wanted to write a quick blog about an injury I’m currently contending with. Hopefully, it will resonate with others who are also coping or just coming to terms with the injury. Don’t let it get you down. Instead, turn it to your advantage.

Injury is something that we as cyclists have to face time to time. It’s something that can reverse months of hard work and training and therefore was always something that put fear into me. As a rider for Madison Genesis, I took out private medical insurance just in case I popped a collar bone – it gave me peace of mind knowing that should something happen I could be up and running sooner. 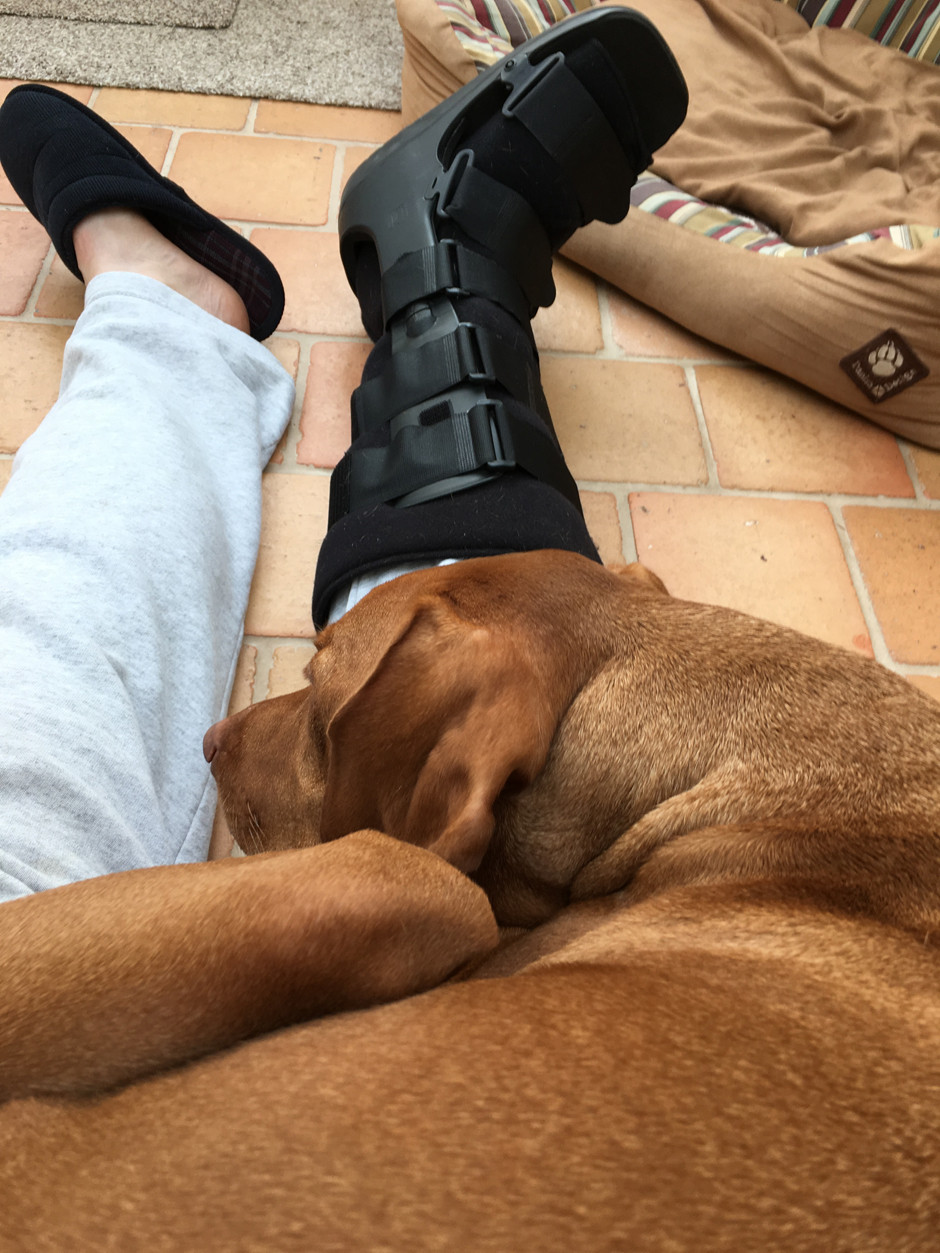 Up until November of last year, I had been very lucky with injury. Previously I’d only had issues with my back, sorted last year by our team chiropractor, and fellow rider, Craig at Putney Chiropractic, and a few soft-tissue niggles corrected by a physio and proper stretching. Never before, had I broken a bone…

In a stupid accident running for a train, I jumped a set of steps in my haste and instantly felt pain through my right ankle. Assuming it was just sprained after rolling it slightly, something I’d done often when I was young playing football, I hobbled to the station and got the train back. The following day, however, I could not bear any weight on the ankle and feared the worst. A few hours in A&E later confirmed that I’d fractured my calcaneus (heel bone) and would be non-weight bearing for six weeks.

Six weeks, on crutches! This for me, as an active person who struggles to sit for long periods of time, was my worst nightmare. Many said I could take solace in the fact that it was the offseason. However, I kept worrying as this was the exact point where I was finishing my offseason and was planning to ramp up my training through December and over Christmas – the easiest time for me due to the Christmas break from work. To me, my fitness was going to decline rapidly having entered it at, what I believed was a poor physical state anyway.

This was where the mods came in. As a cyclist, there were certain possessions I had that could make my life easier. To start with, I decided to wrap the handle in bar tape with a couple of gel inserts to make things a lot easier on my hands. This made a big difference! Next, I zip-tied a bottle cage to one of my crutches through two of the adjustment holes. This meant I could carry drinks around the flat and the office – no longer was I reliant on others. However, I also have an Elite Deboyo thermal drinks bottle. I used to use this in deep winter, back in the days when things got really cold. I’d fill it with hot sweet tea to warm me up mid-ride. Now though, this meant I was able to make and carry hot drinks around with me including my favourite beverage… coffee! 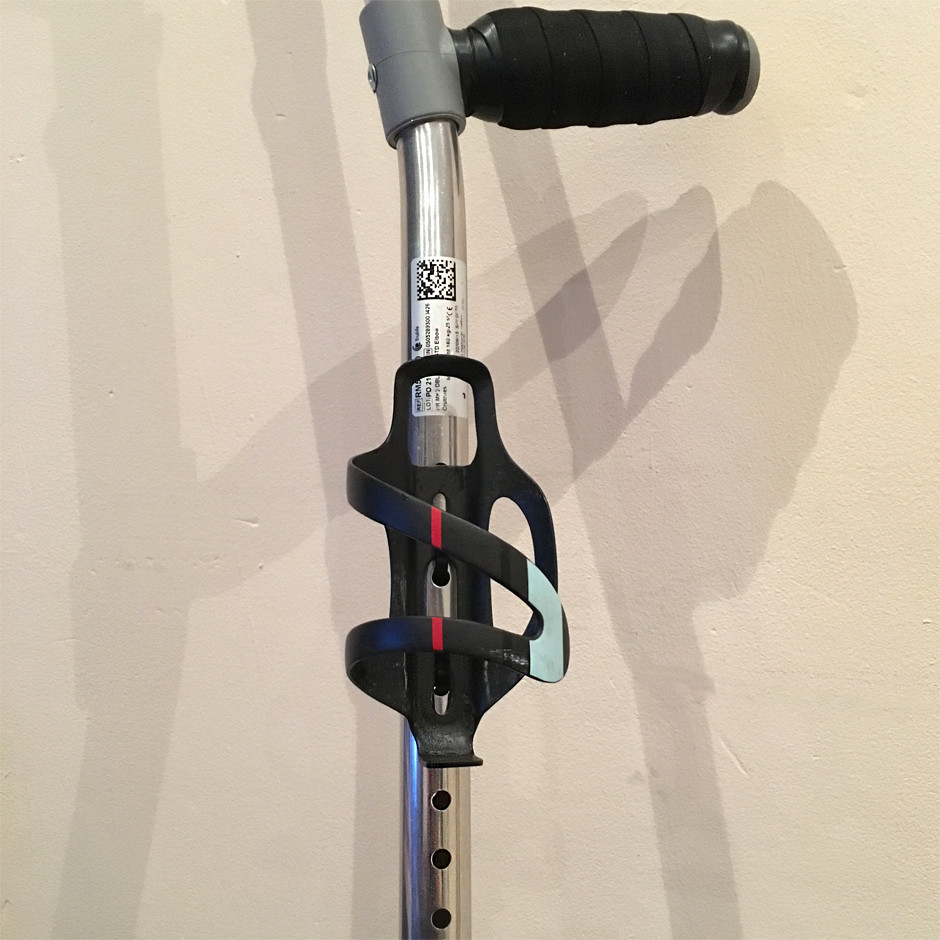 As an athlete, I wanted to concentrate on the rehab phase of my injury at the earliest possible opportunity. I spent hours researching on the Internet for ideas to help prevent muscle wastage, looking at EMS, aqua-therapy and other techniques. In the end, I chose to visit my gym at Surbiton Racquet and Fitness centre and see their resident rehab specialist.

After a consultation on my past and current injury, we devised a routine of exercises that would concentrate on focusing on weak points of my body – neglected and damaged through cycling. I now have a routine that will help re-build strength in my hip flexors, rebuild my core strength, regain some flexibility through my shoulders, and also rebuild strength in my upper body. The program has been devised to build strength, but not put on bulk, knowing how crucial weight is on the bike. 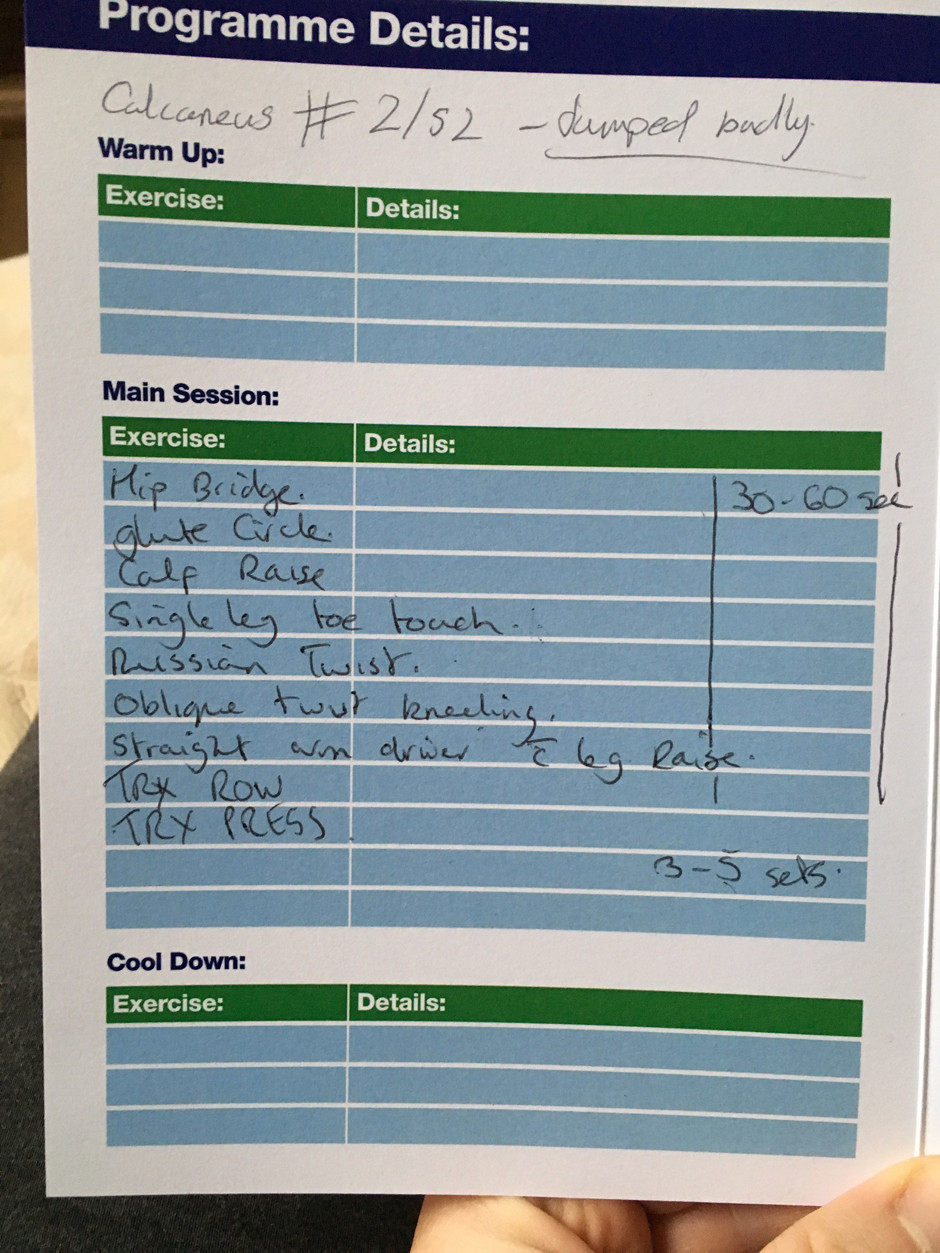 What I now have is a program that means when I do get back to the bike, I will be stronger on it. I’ve always known how important these areas are, especially as a sprinter, but they are simply too easy to overlook when you are in full-time work and trying to cram the hours in on the bike. Free time is important to strike a life balance and so, it’s typically been the ‘non-essential’ core and stretching exercises that I’ve neglected.

So, hard as it’s been, I’ve accepted that I’m injured. I can’t change the past, but I can change the future. I’ve already spoken with my coach, so I’m confident that with careful monitoring, I will be back to where I want to be on the bike and able to hit my objectives for the year. Ultimately, I’ll be stronger all-round, and simply glad to be back on the bike. 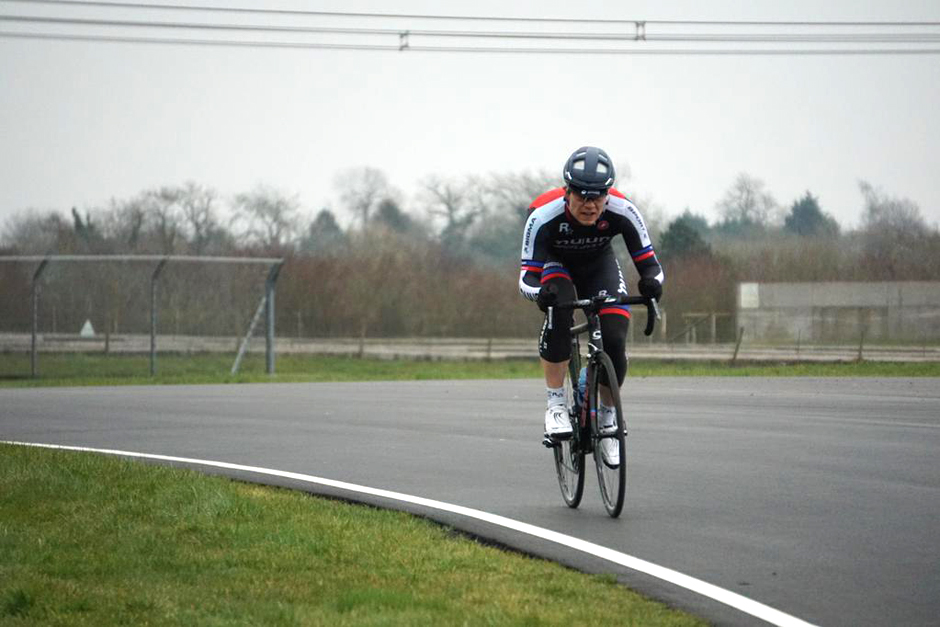