How to Prepare for a Race | ONE Pro Cycling

A rather fishy smelling car park next to Billingsgate Market is not the most glamorous of warm-up locations for the ONE Pro Cycling team. However, this team are not about glamour; they are about getting the job done and getting it done right.

The beautifully sunny early June evening that awaits the ONE Pro Cycling riders will play host to the eighth round of the Tour Series and the team are in the hunt for the top spot going into the final week of racing.

The one kilometre circuit takes the riders around the corridors of the world’s financial super-powers, through the long evening shadows of the behemoth sky-scrapers of the likes of Barclays, Citi Bank and the iconic One Canada Square tower. 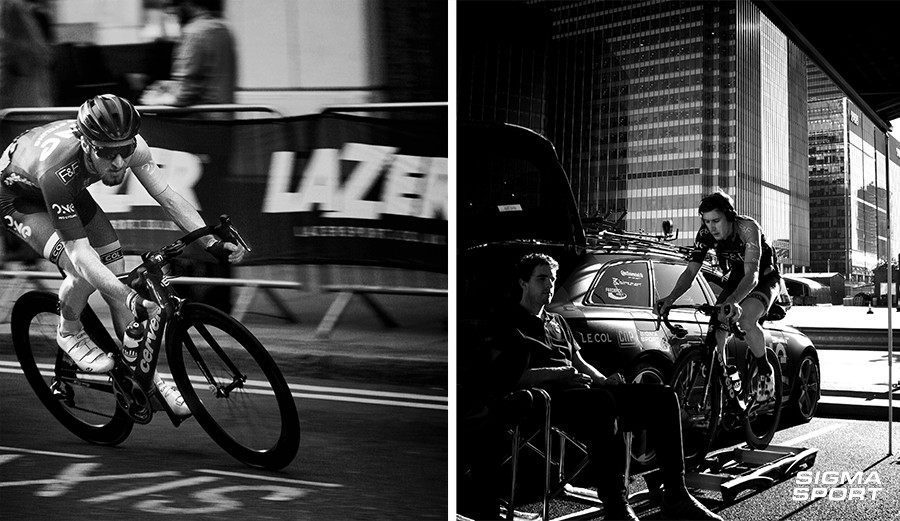 Taking place just two days earlier, the seventh round of the Tour Series in Croydon saw a crash-strewn lesson in survival, through which ONE Pro Cycling’s Marcin Bialoblocki came out on top, taking the top spot on the podium.

Trailing by just two points in the team competition and with the previous year’s winner in Chris Opie among their ranks, the team's spirits were high going into the race.

“Canary Wharf is traditionally set up for a bunch sprint and obviously the key thing is Madison [Genesis] will be looking at us and we’ll be looking at them and there will be teams looking for the individual win [too]” said team performance coach Steve Benton.

“One thing we learnt from Tuesday’s race [Croydon] is that we knew it was going to be difficult and crashes were likely and that’s what happened. Fortunately our guys stayed safe and we worked hard on the front to stretch it out.”

Working hard and keeping the team together throughout the race has been a key part of ONE Pro Cycling's success in the Tour Series and this tactic would extend emphatically to their performance on the Canary Wharf circuit. Team leader and Tour Series veteran, Yanto Barker said, “The course is very very tight. A lot it is down to the length of the straights because with the tight corners there is usually only one line. With the long straights your position is a bit more disciplined as opposed to pure selection.”

Preparing for a Tour Series Race

Preparing properly for a big race can be the difference between taking the top spot on the podium and finishing at the back of the pack. Just ask the guys at ONE Pro Cycling whose meticulous preparation routine helped land them an emphatic team victory at round eight of the 2015 Tour Series in Canary Wharf.

We headed down to catch up with the team to see how they warmed up and prepared for a fast and frantic criterium race.

“You get on the turbo and you do your circuits. The warm-up can be quite hard and serious,” said team leader Yanto Barker.

Keeping cool also seemed to be of the utmost importance for the riders as they warmed up on the turbo trainers. Barker and the towering Pole, Marcin Bialoblocki moved their bikes around to the front of the team bus to be protected from the sun’s unrelenting glare. 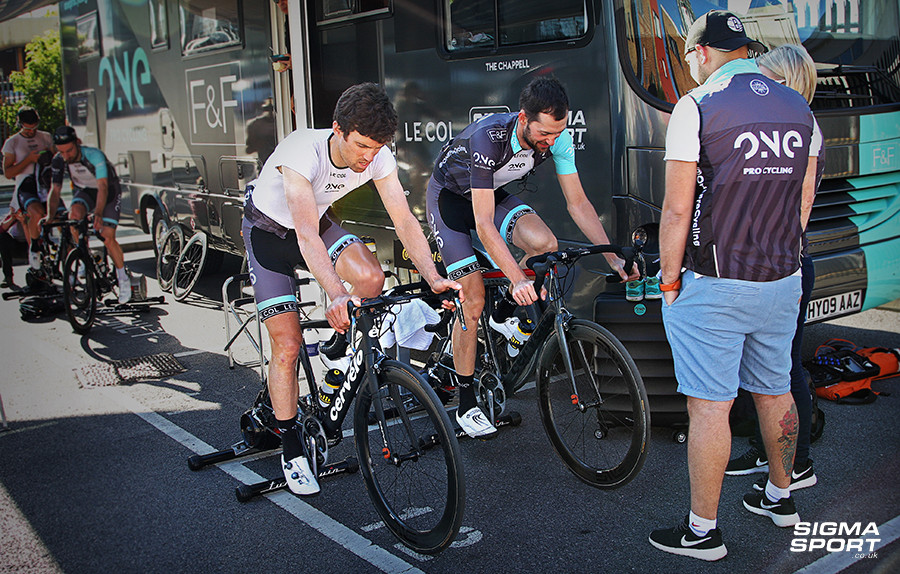 Other riders draped wet towels around their necks to keep cool and keep their body temperature at a comfortable level.

Along with warming up properly on the turbo trainer and keeping cool it also important to take on the right amount of fluids to keep you going through the race or ride.

For a crit race taking on all the necessary fluids and nutrition before the race is even more important as there is often a scarcity of opportunities during fast and technical circuits to reach for drinks bottles or energy gels.

“Drinking enough before [the race] is very important because sometimes in the crit there is not time to drink,” said Bialoblocki as he sat sipping on his pre-race energy drink.

Alongside warming up properly and taking on fluids, stretching also forms an important part of any pre-race routine. Correct use of a foam roller as well as standard stretches, especially of the gluteal muscles, can be the key to opening up the full potential of your pedal stroke while also reducing the threat of injury.

It sounds simple but these easy warm up steps don’t just help top riders like the guys at ONE Pro, they can also help you ride better and for longer, whether that be racing or just out on the Sunday morning club run.

No real focus to get the blood flowing to the muscles properly.

Within this block I'll sometimes do 1 minute at 450w-500w, then another minute at 500w once or twice, 1 minute apart. This is decided on feel at the time, within the framework of the warm-up.

The team definitely nailed position and ONE Pro Cycling took up the lead from the outset, snapping up almost all of the accolades that the evening had to offer, including the fastest lap for Chris Opie, the round eight points title for Jon Mould, the team title and third place on the podium for Chris Opie.

They also became the first team to have all five riders taking points from an intermediate sprint.

Not too bad for an evening's work, which sees the ONE Pro Cycling in second by just one point on the Tour Series’ team classification. 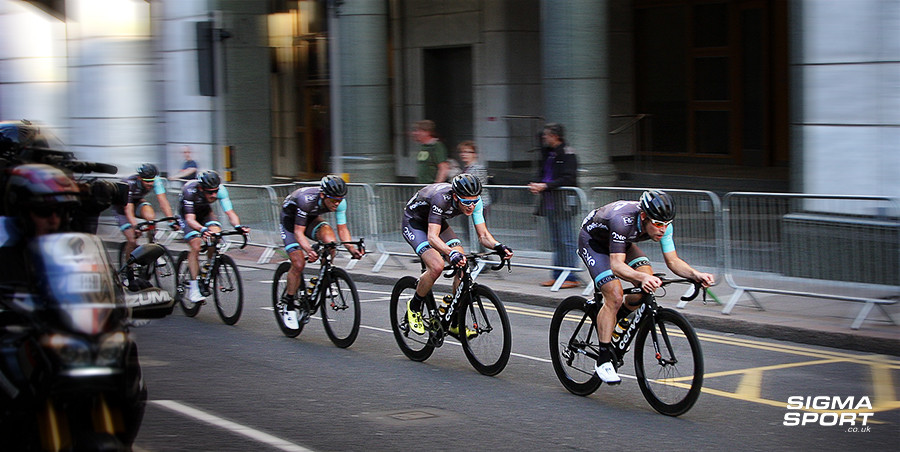