Celebrate 100 years of the Tour de France with Sigma Sports's Century of Bikes Exhibition, in store for the duration of the 2013 Tour de France, 29th June - 21st July 2013.

The 2013 Tour de France is the 100th edition of the race, and to celebrate this milestone we will be displaying a range of bikes at our Hampton Wick store which span over a Century of racing history.

The exhibition will run for the entire duration of this year's Tour (29th June-21st July 2013), and gives you the opportunity to see, first-hand, the progression of cycle design and innovation over the past Century. 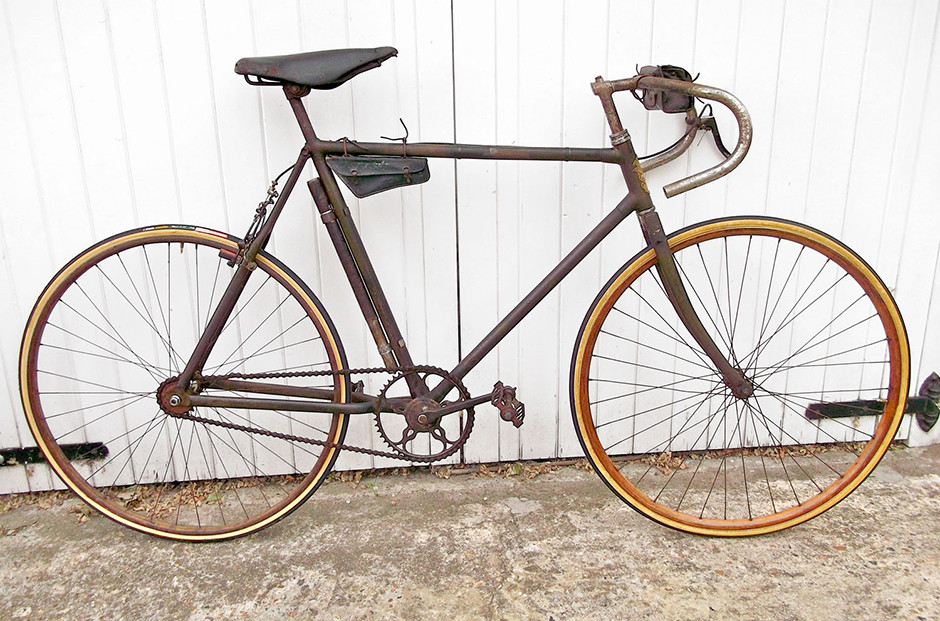 Typical turn of the century French race bike. The leather bags would carry the tools necessary for the rider to fix the machine in case of breakdown or accident. Tour de France rules stated the rider could not be assisted in any way during the 4,500 km race. 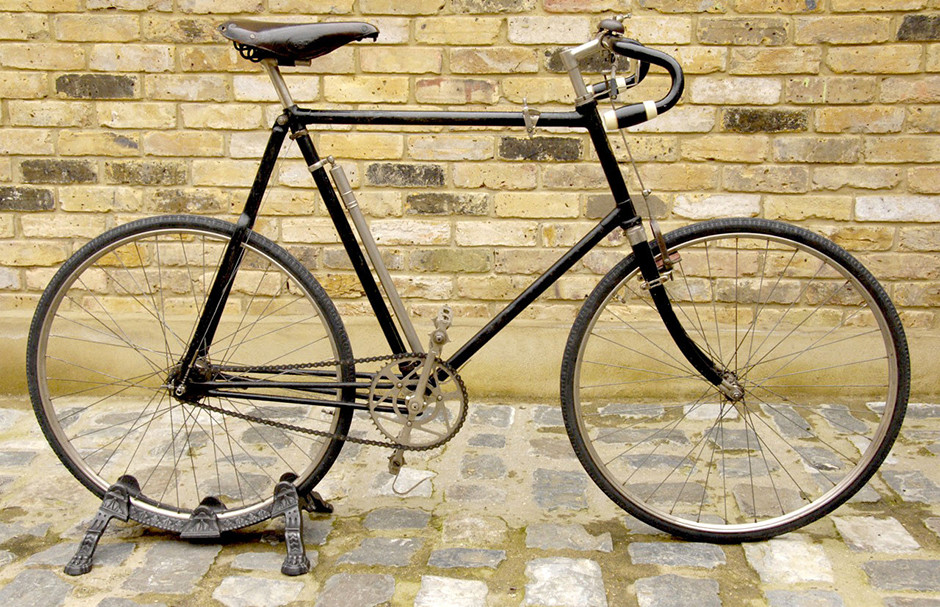 Centaur, one of the earliest cycle manufacturers, was founded in Coventry in 1875

This machine is the state of the art 'Lightweight Road Racer' model, supplied in April 1912.

It is fitted with the 2-speed Eadie gear and has the trademark twin braced chain stays which Centaur claimed "...add a lateral stiffness and rigidity to our better models which prevents any absorption or loss of power when the heavy strain imposed in hill climbing is applied."

It is also fitted with the duplex fork which "...is undoubtedly the strongest fork ever manufactured. Its strength, laterally, prevents any whip in the machine, thus rendering it easy to steer and comfortable to rider."

A typical Italian racer of the 1940’s fitted with Campagnolo’s first gear changing system, the duel rod “Cambio Corsa” 4 speed. The top lever actuates the quick release, the other operates the fork-like device that moves the chain from side to side. Launched in 1940 this gear was used widely in the pro peloton for over a decade, until the introduction of Campagnolo’s “Gran Sport” derailleur. 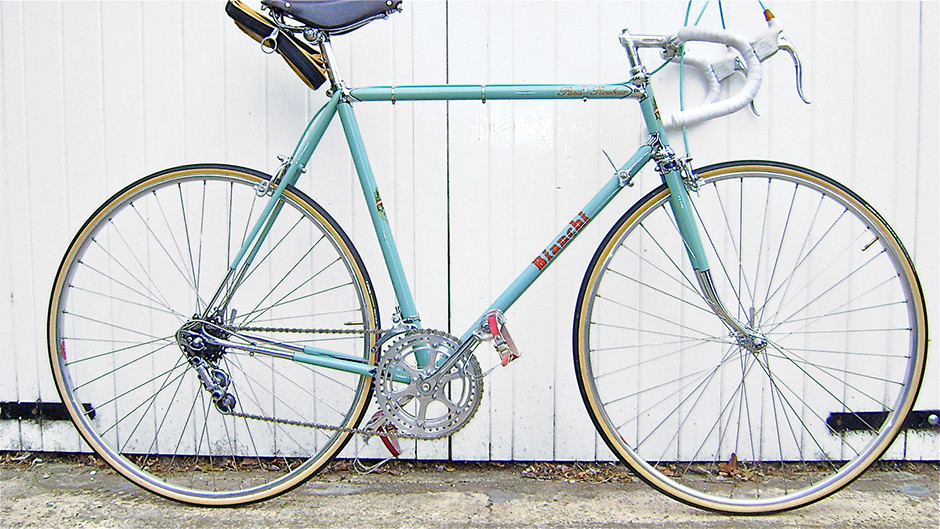 The classic bike as ridden by Fausto Coppi in the early 1950s. This particular bike is equipped with Tullio Campagnolo’s 1952 ground-breaking “Gran Sport” 5 speed rear derailleur. This parallelogram design has been used worldwide ever since. It started the long line of innovations which leads directly to present day Ergo shifting. 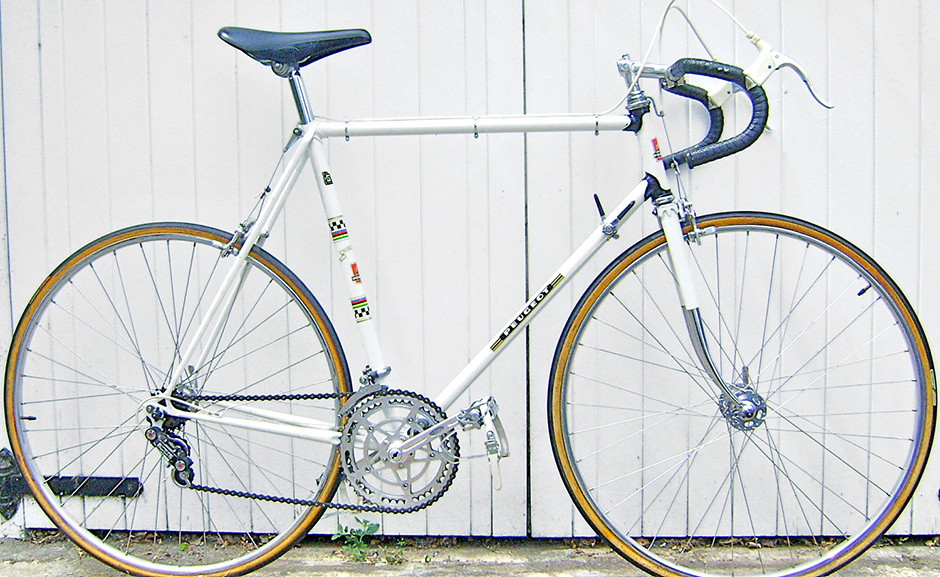 The all French racing bike used throughout the 1960’s by many teams but sadly remembered mostly as the cycle Tommy Simpson was riding on the fateful 1967 Tour de France.

This particular bike was bought off Albert Beurick, Tommy’s business partner, who’d had it hanging in his Café Den Engel – The Angel – in Ghent for many years. The cafe was effectively Tommy Simpson and the GB team’s headquarters in Belgium in the mid 1960’s.

Whereas Merckx had frames made and branded under his name by a select number of frame builders including Ernesto Colnago and Ugo De Rosa, the ‘Brooklyn’ bikes were solely made and supplied by the Gios brothers to De Vlaeminck and his Brooklyn squad.

De Rosa are one of the four top Italian frame-builders in Italy ranking alongside Cinelli, Colnago and Masi. De Rosa's steel frames have always been built in-house. This frame was built in 1987 from Columbus SLX tubing in their factory in Cusano Milanio, Lombardy.

It is equipped with a mix of Shimano Dura-Ace 7400 and 7401 components. This was the first iteration of the Hyperglide cassette and 8 speed indexed shifting from Shimano. It also uses Shimano's 7401 pedals which used Look patented clipless pedal technology.

As ridden by Tom Boonen in Prologue of the 2009 Tour de France. This machine is built for aerodynamic performance and celebrates the convergence of hi-tech engineering and cycling to create bikes that are designed purely with speed in mind. Equipped with Vison aerobars, Specialized Roval wheels, and Campagnolo components.