French wheel-building giants, Mavic, have been hard at work for the past 3 years attempting to perfectly combine the strength and reliability of an alloy clincher with the weight and aerodynamic performance of an all carbon wheel. The culmination of this hard work is the Mavic Cosmic Carbone 40c- A 1,545 gram, 40mm deep section wheel heralded as 'the first reliable carbon clincher'. 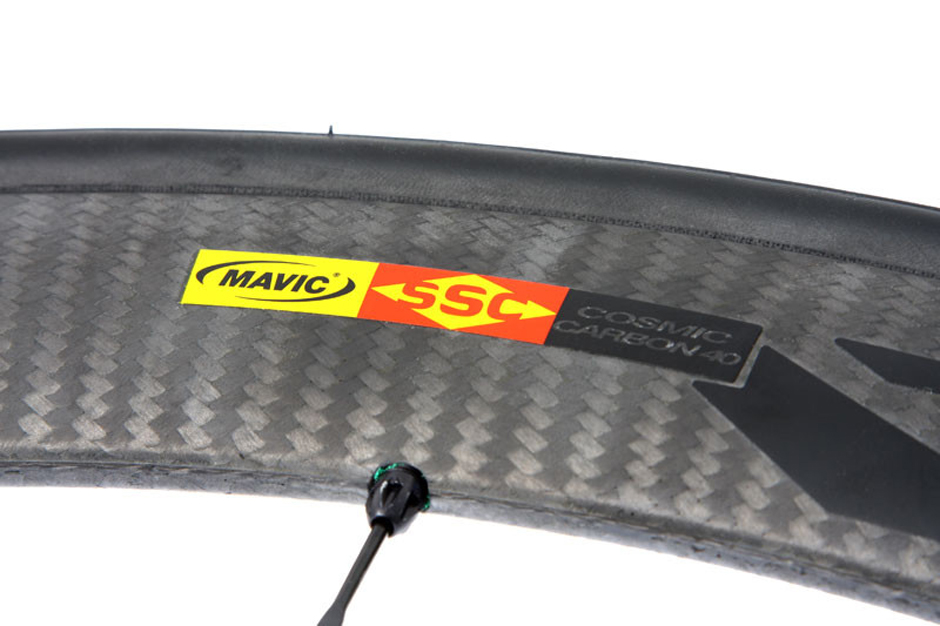 Looks can be deceiving- Take a quick glance at the sleek carbon exterior of the 40c and you wouldn't be blamed for thinking that it was just another all-carbon clincher. However, Mavic's latest creation hides a lightweight aluminium insert within its rim bed, specifically designed to dramatically improve reliability and performance, making the 40c attractive to riders who may feel a little less than secure on an all-carbon clincher.

The frailty of carbon clinchers has been that when braking hard, or for prolonged periods, such as on a hair pinned decent, the friction between rim and brake pad can create heat in excess of 200ºc. This extreme heat could cause the carbon to soften to such a degree that the wheel's integrity is compromised- in extreme cases ultimately leading to failure of the wheel. 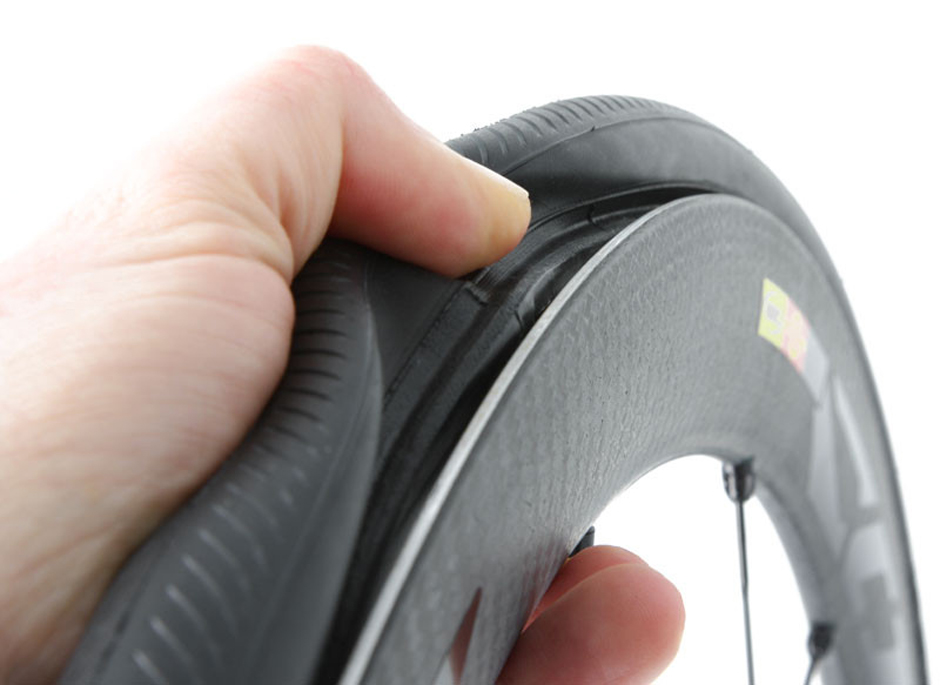 The Cosmic Carbone 40c's aluminium insert runs around the entire circumference of the rim bed and also behind the brake track. By its nature aluminium is an excellent thermal conductor and is also able to cool quickly. The 40c's insert, therefore, is able to effectively suck heat away from the carbon braking surface and dissipate it around the insert. Greatly reducing the risk of failure through carbon softening.

Innovation does not stop at the aluminium insert; The brake track on the 40c wheelset uses a 'Complex Surface Treatment' combined with several layers of heat resistant resins, which Mavic claims results in 50% shorter stopping distances in wet conditions, when compared to current carbon clinchers.

The wheelset is further strengthened by the utilisation of Mavic's 'Fore' construction technology, in which the spokes are anchored by threaded aluminium inserts, placed directly into the carbon of the rim and not drilled into the aluminium insert. This process leaves the aluminium insert as strong as possible, boosting the wheel's resistance to fatigue stress and increasing the rim's rigidity by 20%, maximising power transfer through the wheel.

Mavic have chosen to stick with a more traditional rim width rather than wider widths recently used by other manufactures such as Zipp. Mavic felt that ultimately a wider wheel means a heavier wheel, and any performance advantage seen from a wider rim would be negated by the extra weight the wheel would be carrying. 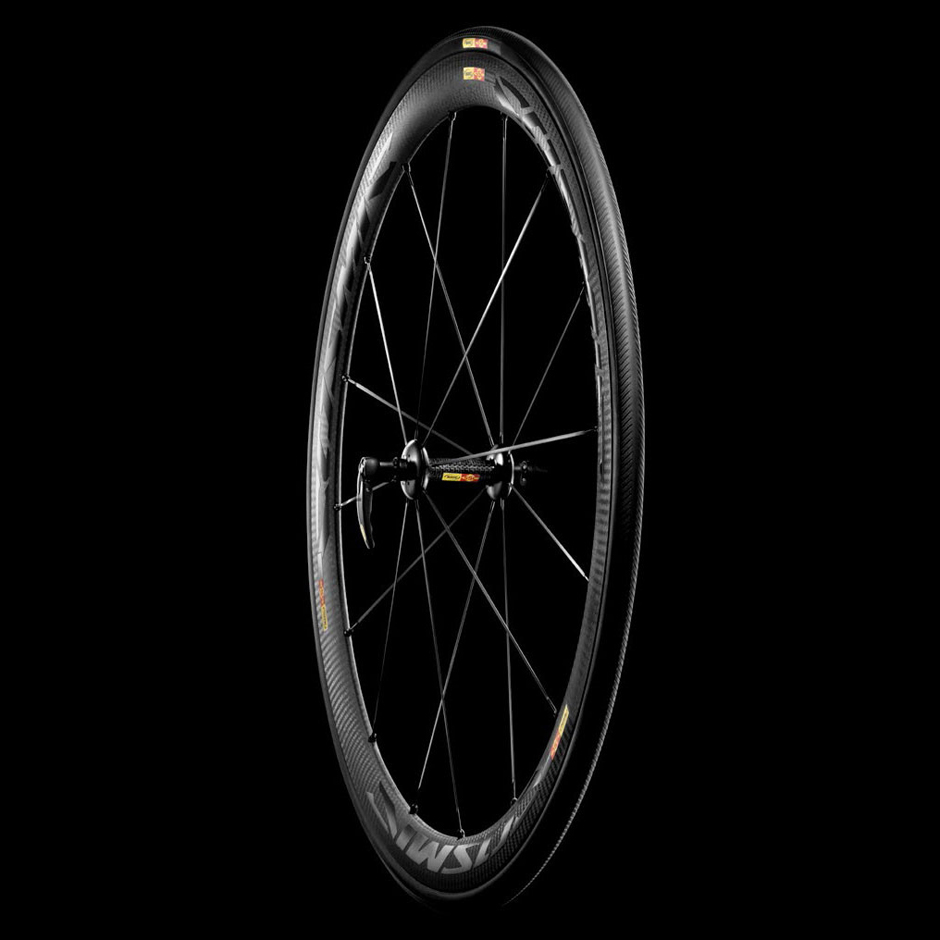