The strips of rubber wrapping themselves around your wheels may seem like a low priority when considered alongside the relative glamour of shining sprockets, carbon woven wheels and sparkly new saddles, but in truth, these are the things that keep you in contact with the floor, transfer your power, and stop you from standing by the road fixing flats. With the release of Panaracer's latest offerings, we decided to swap out our rubber and see if we could get a better and, more considered grip on the range.

Giving you a brief low-down on our experiences on the road, we've collected three write ups covering a variety of surfaces and riding styles, from sportive riding on wet Italian dust, racing on the circuit, or simply riding out into real life winter conditions, we made sure to give these tyres a real test out on the road. Read on, and find out just what we thought! 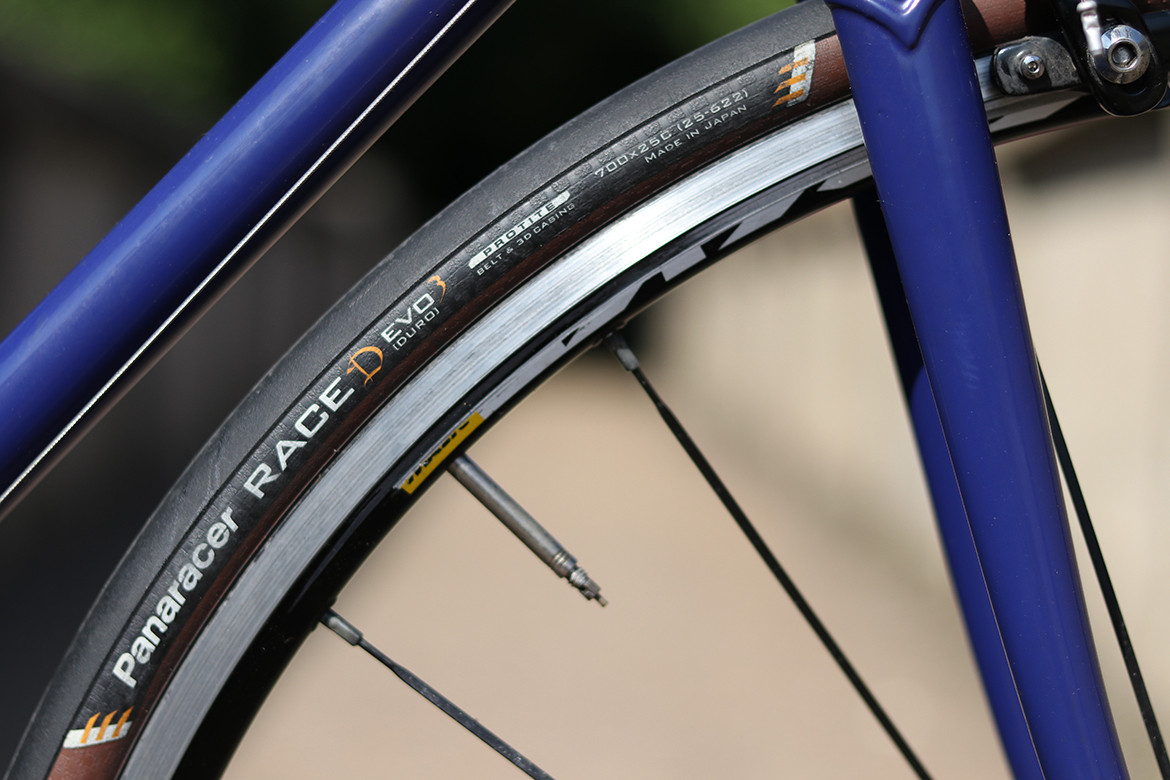 Mounting these tyres in the fresher days of February, the fact that the Race Evo D clincher tyres targeting all-round performance was a neat starting point. For setting out on frosty early mornings and covering cluttered roads not clear ones, this highly durable, puncture proof touted tyre was seemingly the dream option for doing a bit of everything, and encountering anything when heading out for the early Saturday spin.

A clincher tyre, I found mounting the Panaracers a simple, non-hassle process. Quickly sorted, I was immediately impressed at the neat slick tread, and supple sidewall in contrast to the heavy duty contact area - no two ways about it, these tyres are made of sterner stuff.

After a number of mid to long rides on a range of surfaces, I was happy to see that the puncture protection I was promised actually had a real substantive meaning. Riding over the usual array of hedge litter, fallen twigs and, on occasion, broken glass, these tyres were impressive for retaining their shape, and resisting cuts, a fact that made me all the happier considering the drizzly weather I was otherwise encountering.

Turning into corners on wet and frosty days alike, I never really felt as though the Race Evo Ds were going to leave me sprawled across the road, but, equally, I can't claim to have rolled the dice on descents considering the rather dreary weather. In regards to comfort, these tyres certainly took a lot of buzz out of the road, and made for a smoother ride, which is always appreciated.

This being said, though I felt planted on the road, it did feel often that the bike was a little harder to get up to a good spinning speed. I felt the tyres were a tad unresponsive, but, I think that's understandable considering the emphasis on durability, protection and all round use. That said, when setting out for a long, 200km spring ride, I have to say that the reassurance of having a strong pair of tyres below me certainly helped spur me onwards. Having not had to spend half an hour by the roadside, I'm pretty happy to take the Race Evo Ds for security of mind as much as anything.

With regards to wear, I saw relatively low degradation as some of the photos will perhaps show. After some quite challenging rides on pretty dirty roads and over 2000km covered, I think the wear rates were pretty exceptional, with only one slight cut mark in all that distance.

All in all, I was pretty impressed with the sheer construction of these tyres - no, they weren't the lightest, but that’s not what this pair are designed for. Some of the best protected and, frankly, mean looking covers I've ridden in a while, for keeping the wheels going round on some chill mornings, I'm thankful they were underneath me! 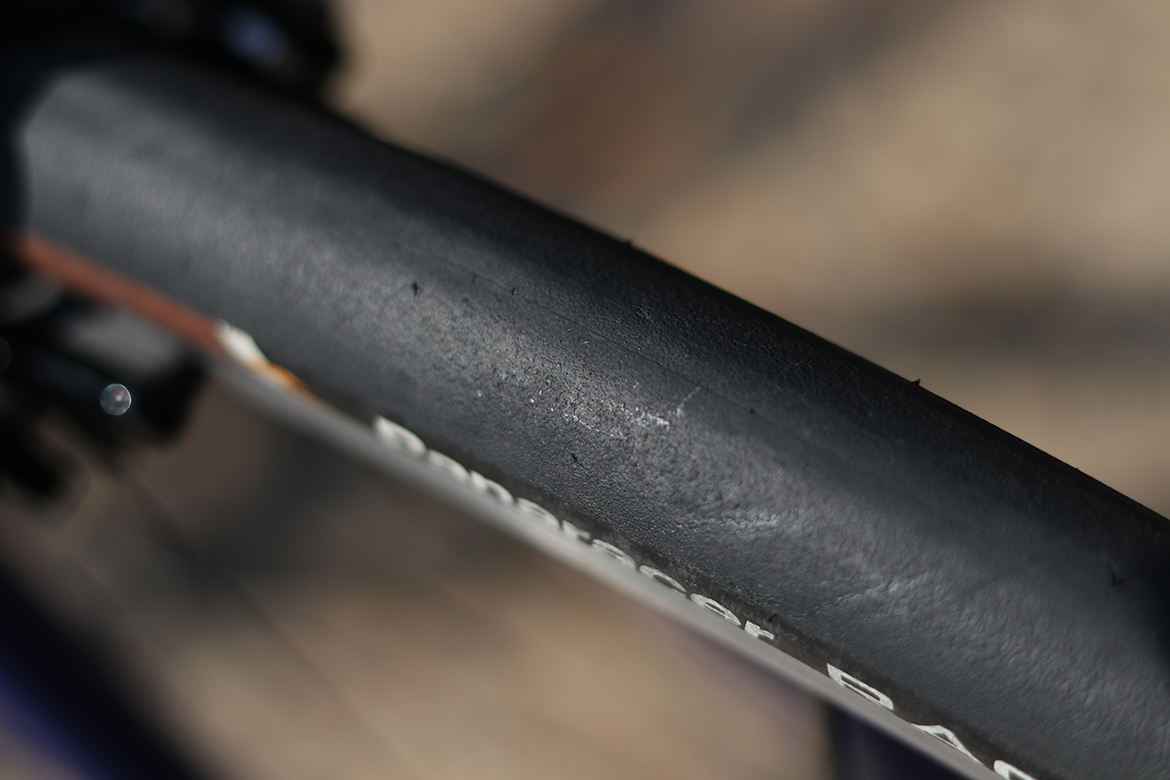 I was fortunate to get myself a place at Strade Bianche and with my fair weather cycling nature, I may have trained slightly less than I had hoped and with it being my first sportive I needed all the help I could get. With my non-existent knowledge of Italian and terrible bike maintenance skills, the last thing I wanted to do was puncture on the side of the road. So, where else could I go other than the GravelKing Road Tyre. The Anti-Flat casing and puncture protection breaker really held up to the hype and allowed me to ride past competitors with a small level of smugness as they changed their tubes by the roadside.

On a 28mm tyre at around 90PSI I can honestly say I was pleasantly surprised by how well the tyres performed. The ZSG natural compound and Ax-Alpha casing allowed for low rolling resistance whilst the stippled tread pattern allowed for a smooth ride without compromising traction. These features could not have been more important with the horrendous weather that presented itself in Sienna but it gave me the ability to ride with confidence in horrible conditions. I could not have been more impressed with these tyres. They really allowed me to gain confidence in my riding and with the epic gravel sections of San Martino and Colle Pinzuto I believe that these tyres thrived in the conditions they were given.

Even though they are noted as a gravel tyre they are well worth bearing in mind for that road rider who is just looking for a bit of extra comfort and grip from their road tyres. Great all-rounder and unparalleled performance across all conditions. 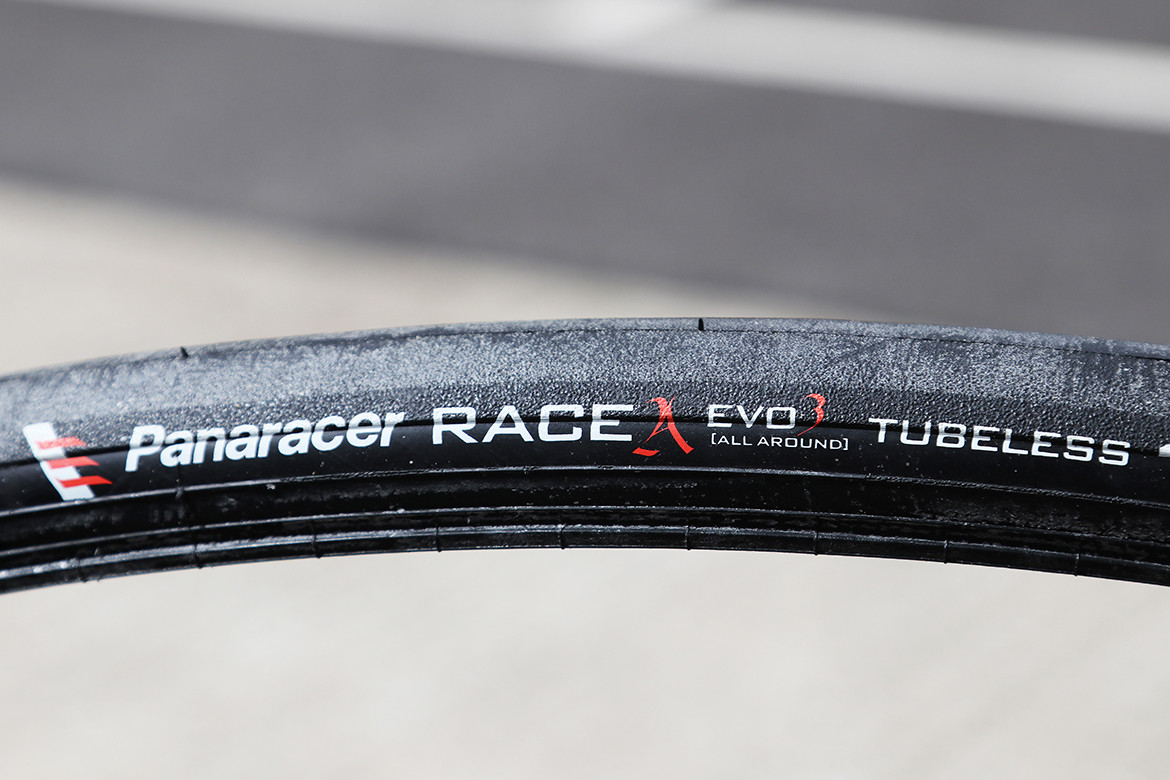 Having always been a user of Continental tyres, I was apprehensive to try a new set of rubber. It is after all what keeps you firmly connected to the tarmac. However, having heard positive reviews from fellow riders about other Panaracer tyres I was more than willing to give them a go.

The first test was a baptism of fire. It was a drizzly race at Hillingdon Cycle Circuit. Although not the most technical of circuits, it would certainly be a good test of how the tyres would cope. They did not disappoint. The rolling resistance felt minimal and the grip was as good as any tyre I had previously used. It was surprising that the feel of the tyres did not change as the circuit dried up, showing they were just as effective in the dry as in the wet. For the entire 50km race I was fully confident about every turn.

The next test came with an early dawn raid of Box Hill. The previous few days had been wet and windy and there was a lot of debris on the road. This, however, did not seem to affect the durability and comfort of the tyres. Again, the climb up Box Hill felt smooth and fast and the ride quality was not compromised. This was surprising as the tyres I was testing, were full race spec. The downhill section was just as satisfying a ride as the tyres firmly gripped the road, giving me the confidence to take the corners at speed.

I have used the tyres for a number of races since, in variable conditions. Not once I have I questioned their use. Although these tyres are meant to be ridden at speed, I have also used them for a number of different rides, including weekend socials and my day-to-day commute. The quality of each ride has never diminished.

I would certainly recommend these tyres to fellow crit racers and if you only have one set of wheels, to not be concerned about using them on a day-to-day basis. 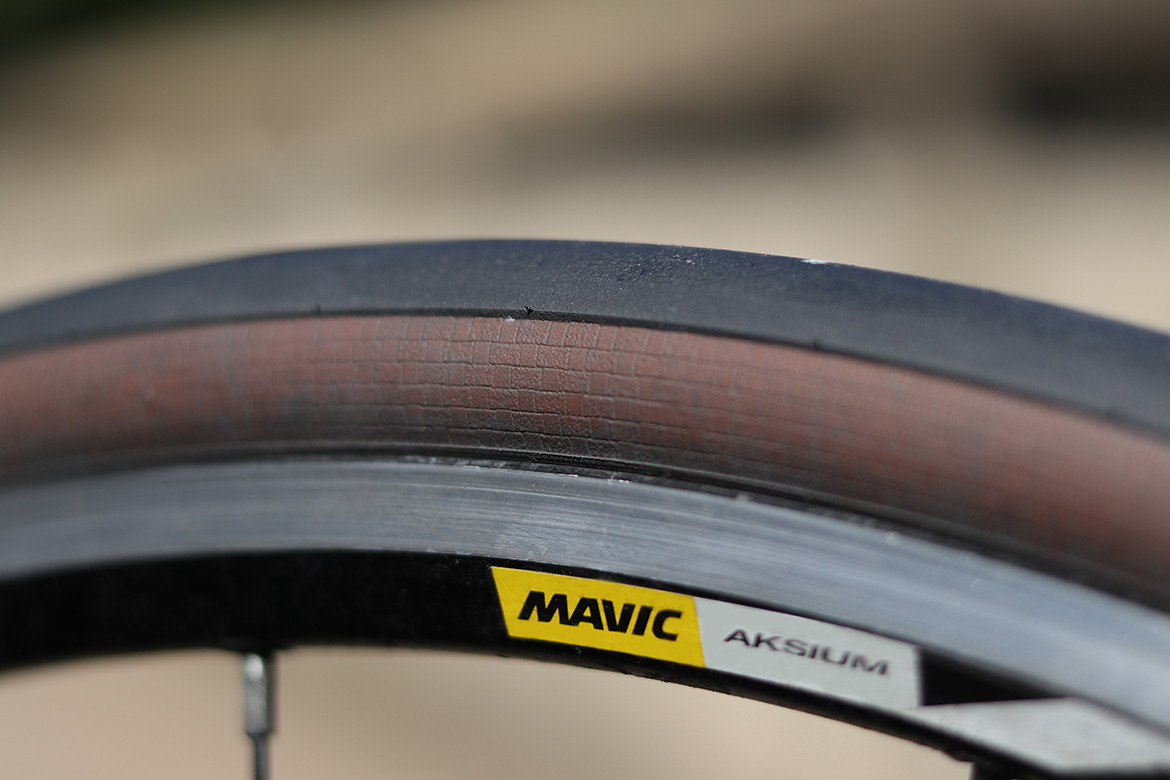 So, what can we say about this range? Having tested a good range of tyres from the range, we've seen the impressive level of performance that this top Japanese brand has to offer at every level, and on most every surfaces that we've encountered. Super tough, grippy, and hard-wearing, Panaracer tyres clearly made an impression here at Sigma Sports, and are still to be found, wrapping themselves around our rims and heading out once more down the road.