For someone who loves bikes, working for a bicycle shop has many perks attached to it, most notably, access to testing all the latest superbikes. This perk, though, can leave you slightly numbed to the excitement of a new bike launch. Year on year we get “lighter, faster and stiffer” and whilst this is usually true and the bike in question is amazing to ride, it doesn’t often differ hugely from its predecessor. It’s the details that change. 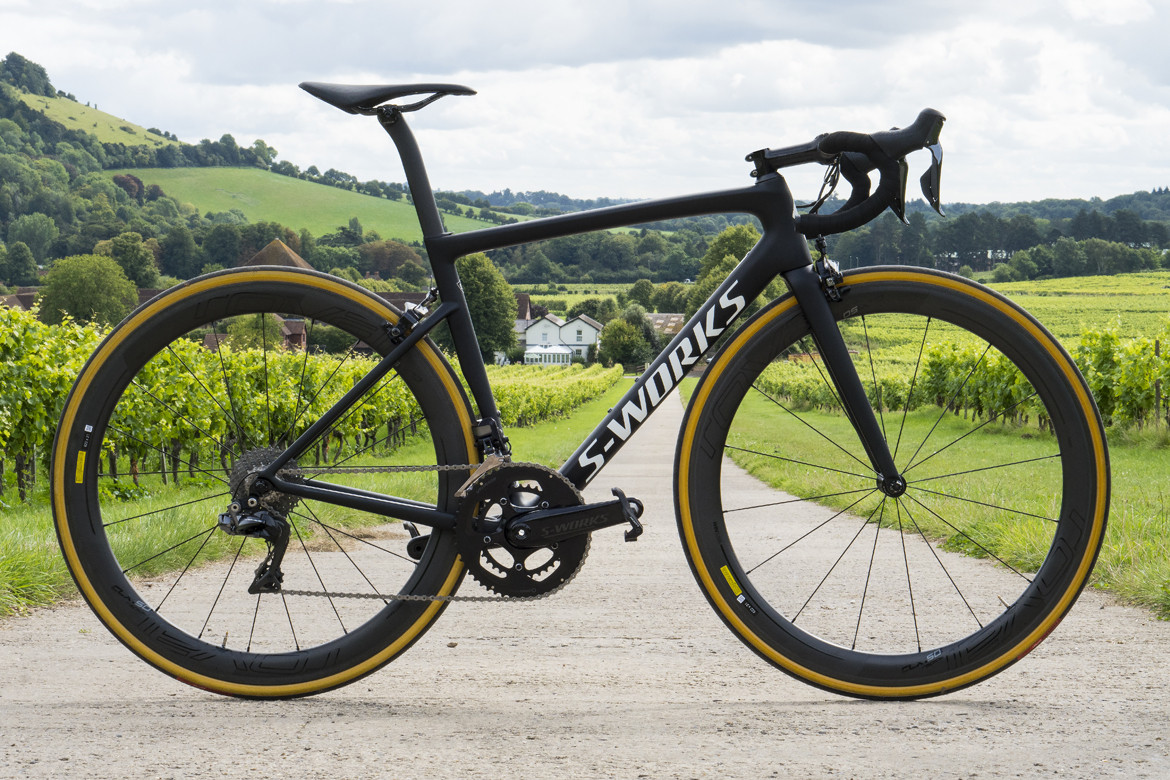 When Specialized announced the new Tarmac SL6 I have to confess, I was torn. I already own a Tarmac and whilst I wanted this new model to be great I also didn’t want it to completely overshadow my old model.

On the other hand, I was even more excited when I found out we were going to be the first retailer to get our hands on one in my size. I was very fortunate to be given the opportunity to test this latest offering from Specialized.

The reason for my excitement was that the Tarmac has gone through a few small changes since its launch in 2003 but the new model has had some big changes. 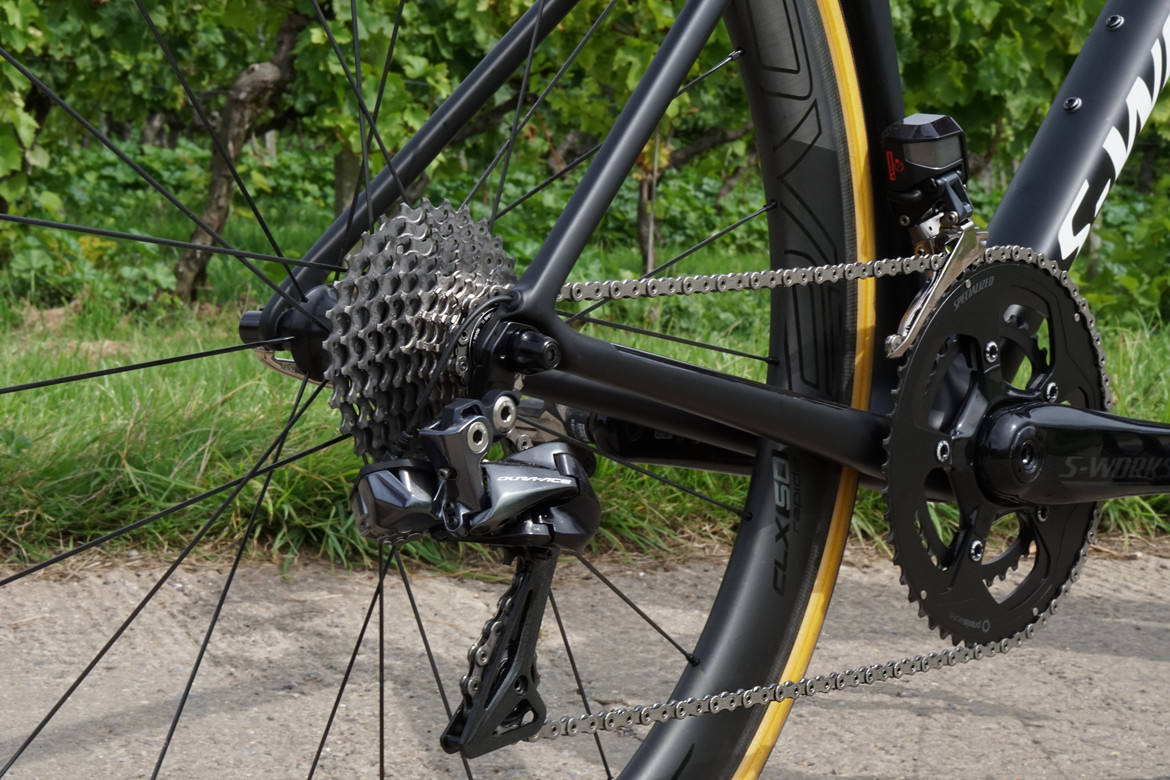 The biggest change is aesthetics. The Tarmac has lost its flowing lines and Specialized have opted for a much straighter, sharper and more modern look. The new look, rather pleasingly, is a result of performance upgrades. Instead of creating a good looking bike and trying to squeeze performance enhancing features around that, Specialized have focused on performance first. 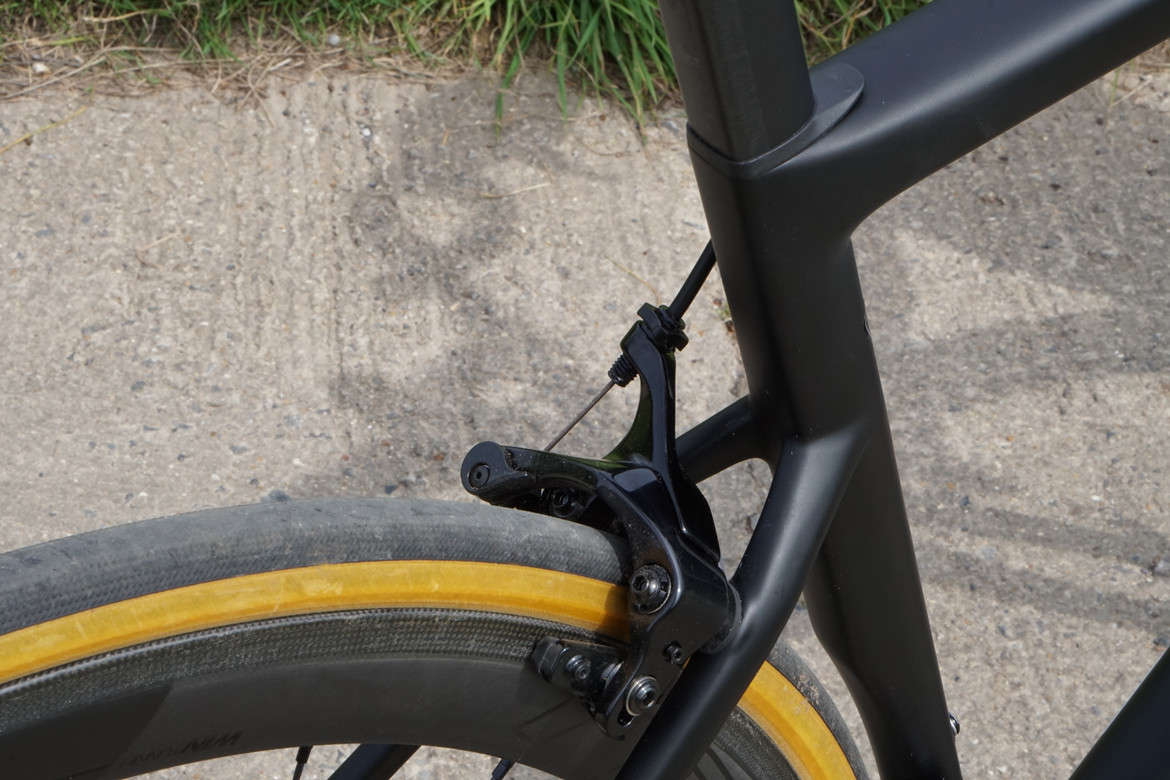 You’ll also find direct mount brakes on the forks (which come in different widths to keep ride quality the same between different sizes). This allows for a smaller, more aero headtube. Direct mount brakes give a huge boost in tyre clearance as well, up to 30mm in fact. I was running 26mm Specialized S-Works Turbo Cotton Clincher Tyres and found these worked perfectly with the frame. 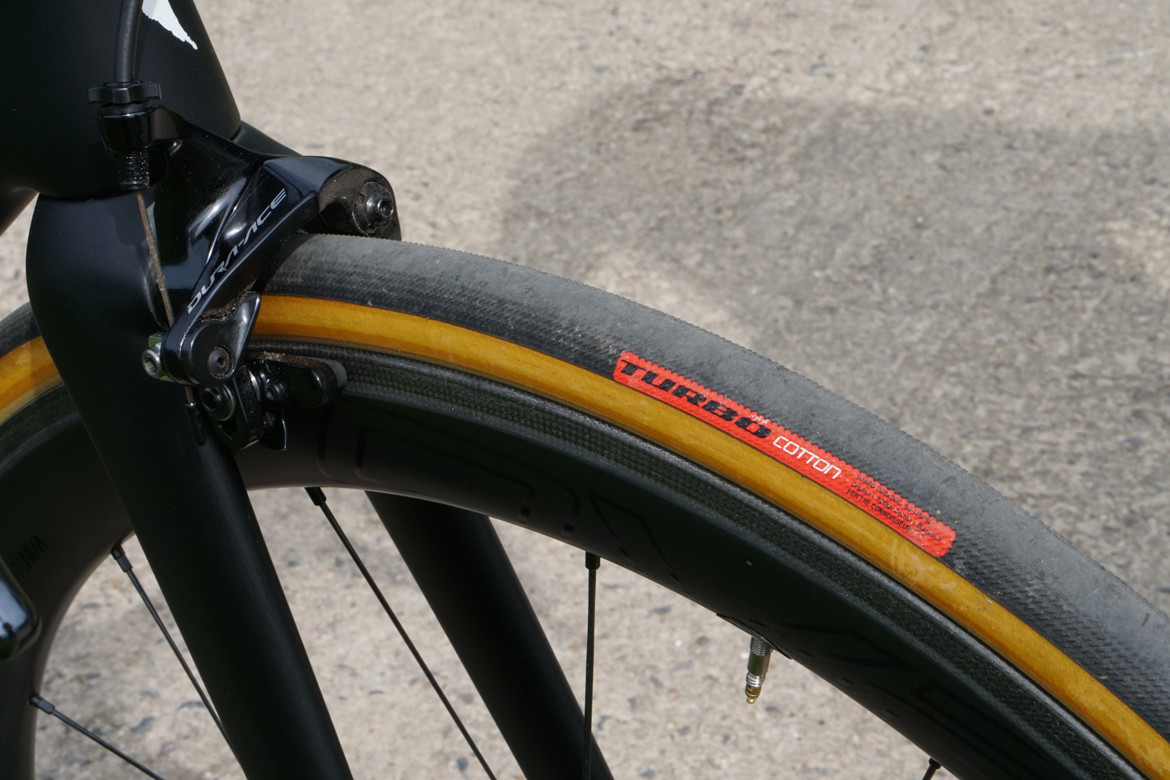 The final highlight when it comes to changes is the reduction in tubing size, reducing the frame weight by 200g from the old S-Works Tarmac, not insignificant at all. 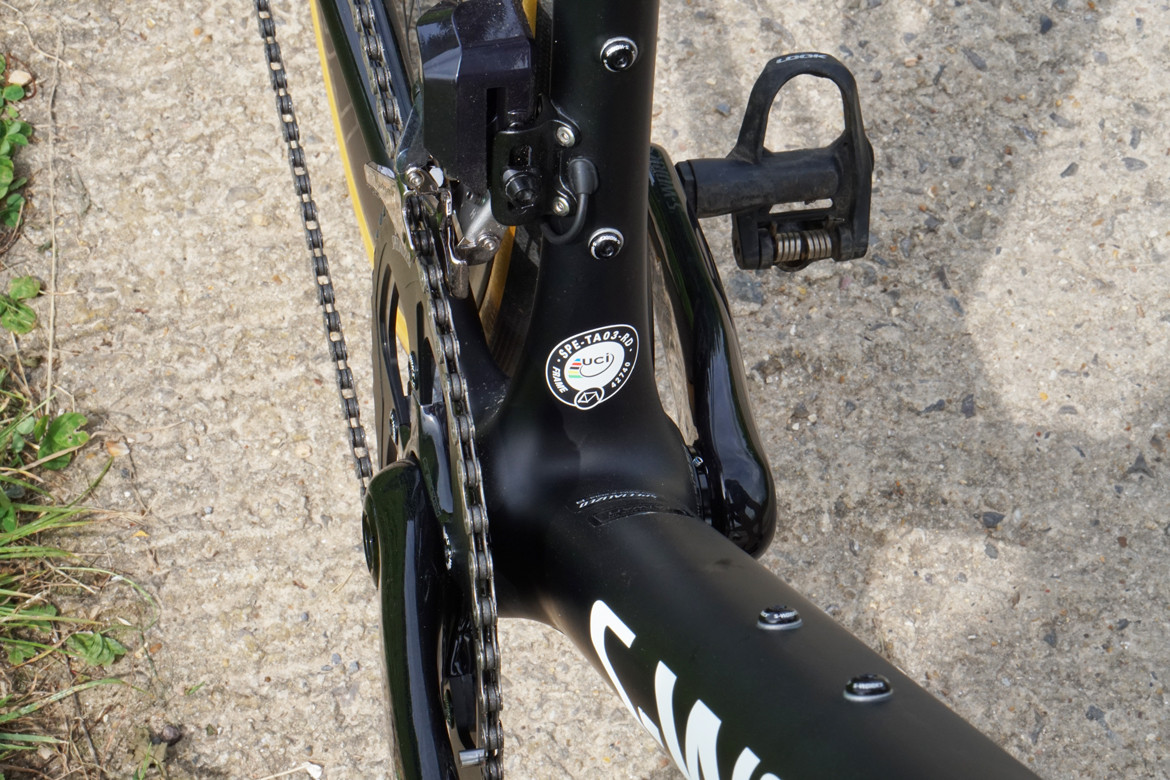 Whilst there are many more smaller changes, with all bikes it’s all theory and hype until you ride and experience the changes for yourself.

I rolled out of our head office, slowly, very much aware that I was on the only model currently with a retailer in the country. The first couple of kilometres of cautious riding were very similar to my old Tarmac, if not noticeably more comfortable. Even at this early stage I could feel this bike could be more responsive as well.

Once the nerves had died down I started pushing the bike and instantly the difference between the two was obvious. It takes off as soon as you put your foot down and once up to speed, holding it there is no issue. It’s a strange feeling that you can only understand once you've ridden the bike yourself but it’s almost like you’re trying to keep up with the bike, rather than pulling it along with you. The handling qualities will be more familiar to current Tarmac owners, only now it’s slightly sharper and allows you to correct any mistakes with a little more ease. This was helped, no doubt, by the inclusion of Roval CLX 50 Clincher Wheels and Specialized S-Works Turbo Cotton Tyres.

The increased comfort is really noticeable and is often an underrated feature of racing bikes. Additional comfort plays a big part in helping the bike track smoothly around corners with a less than ideal surface allowing you to stay a little more composed. 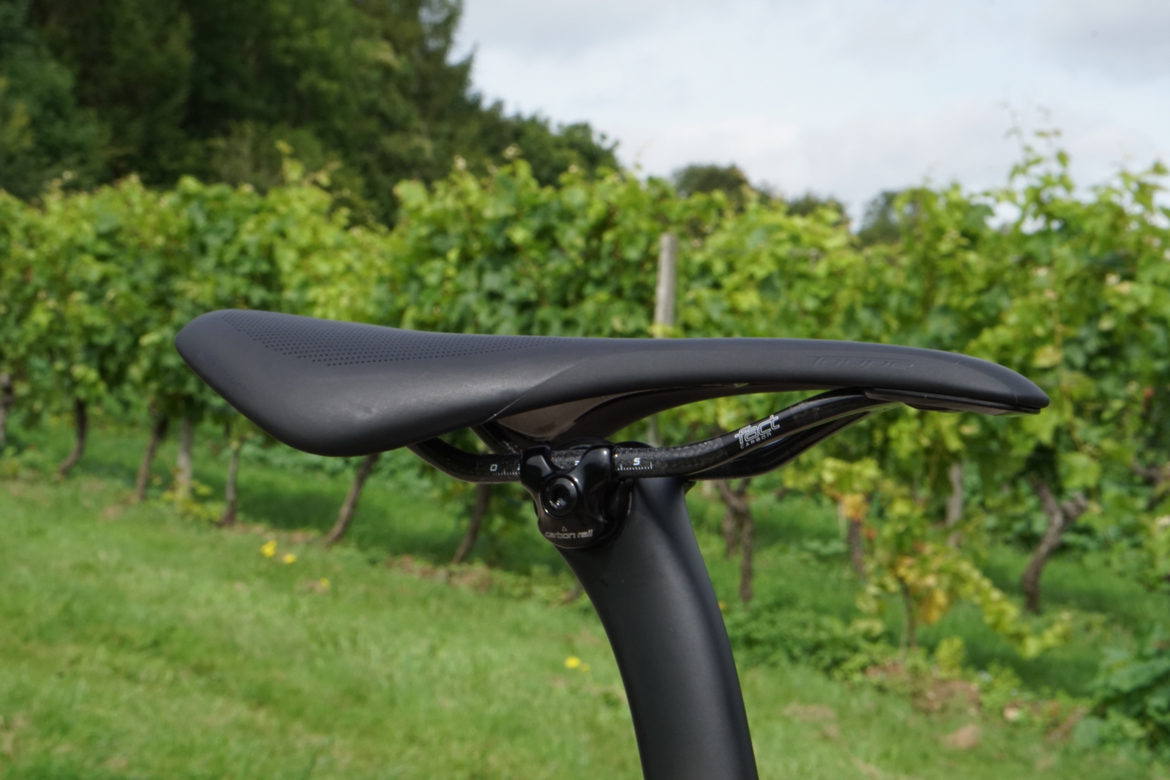 I’ve tried desperately to find a flaw in this bike, some way of adding a “but…” at the end of this review. Something along the lines of I wish it was a bit lighter or more comfortable...but…I really can’t think of anything I’d change. I suppose if I was being very picky I’d like a colour that was a little more out there, even then the matt black and white looks really sharp. Taking into consideration of course that this was our fully built test bike and there are 4 funky colours available as framesets only. 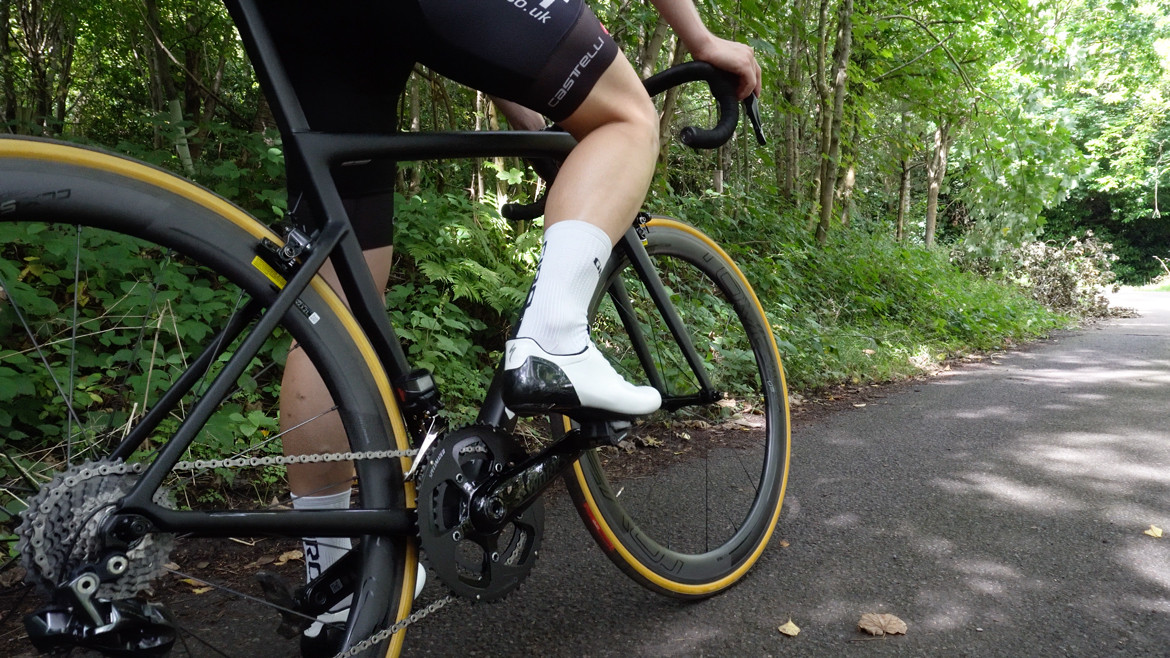 I even love that Specialized have done away with a model for men and women. The Tarmac now comes in a truly unisex form, with enough sizes to cover pretty much anyone who wants one, regardless of gender. (There are different colour options though). Even the price of my demo bike, although eye watering at £8500, isn’t beyond what you’d expect to pay for a bike as well specced as this. It will, of course, be available at a range of price points from £3500 all the way to £9000. 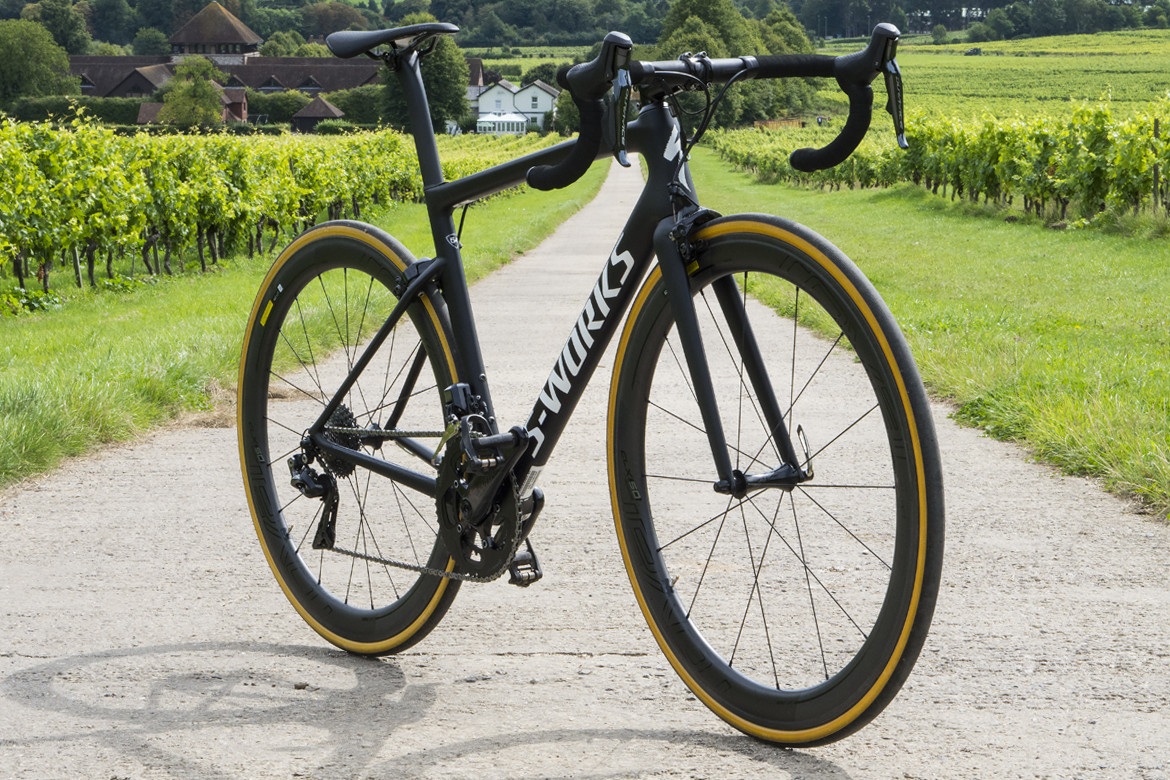 The Tarmac has kept its place in the market as a stunning all rounder and if I were in the market for a new road bike you’d struggle to convince me not to buy an SL6. Over the past two years I’ve been fortunate enough to also own a Colnago C60. Since then, that bike has extinguished my desire to purchase a different high-end race bike and nothing else is quite as good. I’d say the Tarmac gives it a serious run for its money. If I owned the 2018 Tarmac it really would be hard to beat and sadly, yes, it did overshadow my own Tarmac.