From Mont Ventoux to Mount Washington, the Boris bike guys love a challenge and their latest one couldn't have been more fitting with the likes of Wiggins and Dowsett recently tackling the hour record. The difference here is this hour record would be ridden by Rob Holden, on a 23 kilogram Boris hire bike, at Herne Hill Velodrome on a very blustery Friday morning in May. Not a record attempted before, this was uncharted territory for both Rob and the bike!

Being able to support Rob and the team raise money for Macmillan Cancer Support over all three challenges has been incredible, Sit back and marvel at one man and a Boris bike taking on the hour.

Watch Boris vs The Hour

These bikes are not designed for speed but Rob was looking pretty aerodynamic as he sat holding, slightly precariously, onto the bike’s front basket. Pedalling smoothly, he looked comfortable and efficient.

With Matt, the Macmillan Cancer Support team, Rob’s daughter and Rob Mortlock giving lap times and support from the side of the track, the laps seemed to fly by. The biggest issue for Rob seemed to be the wind. The ever-changing wind buffeted Rob as he exited the bends, making propelling the 23 kilogram bike even more of a challenge. 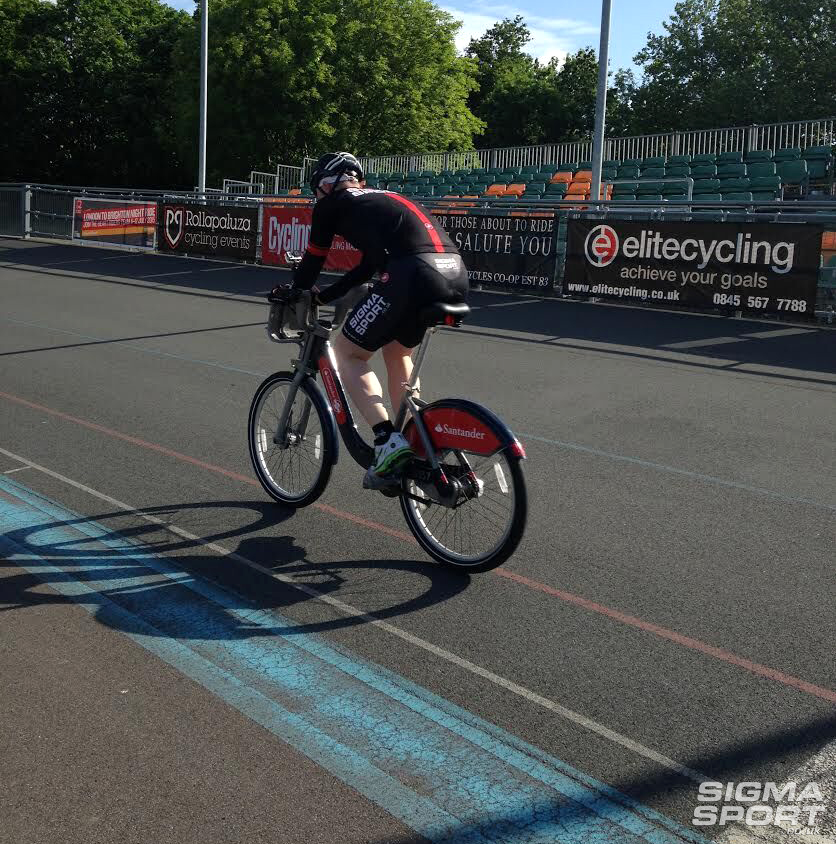 Over the halfway mark and if anything Rob looked to be picking up the pace. Clearly suffering from an uncomfortable saddle, Rob put his head down and powered on. 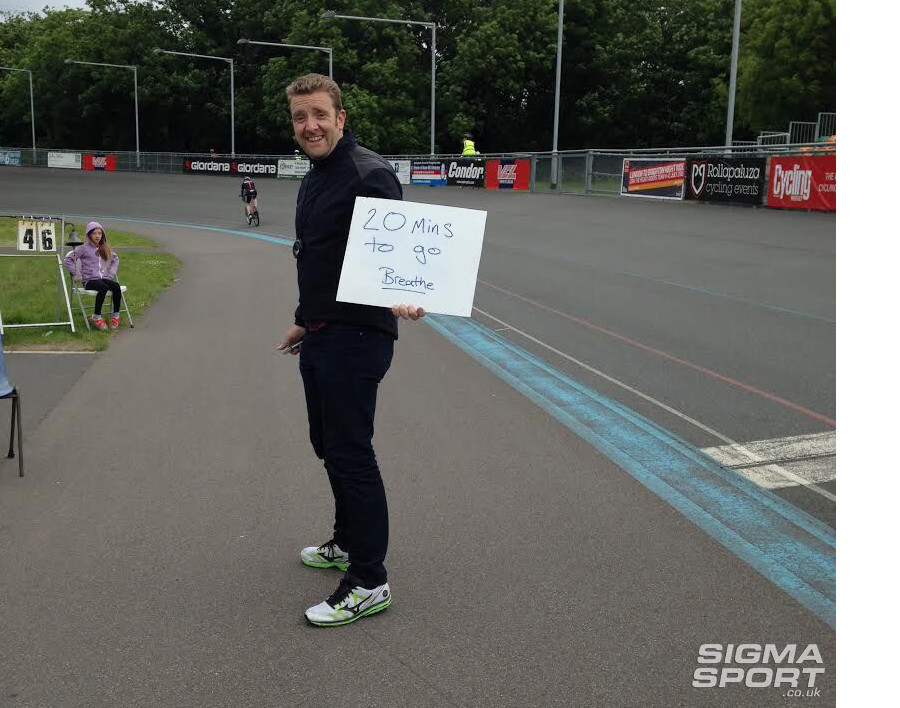 Ten minutes to go and the effort was starting to show, Rob’s shoulders were rocking slightly and the forecasted storm was coming ever closer.

Three laps to go and now was the time to empty the tank. To the shouts of encouragement on the finish straight, Rob got the bell and as the clock ticked over the hour the challenge was complete. Unsurprisingly Rob looked shattered as he rolled back to the line. Feet de-taped from the pedals, everyone was keen to see how many kilometres had been racked up.

After scrutinising the numbers, Rob had set a new Boris bike Hour Record of 31.29 kilometres. A truly epic feat, that just proved you really can tackle the hour on any bike! 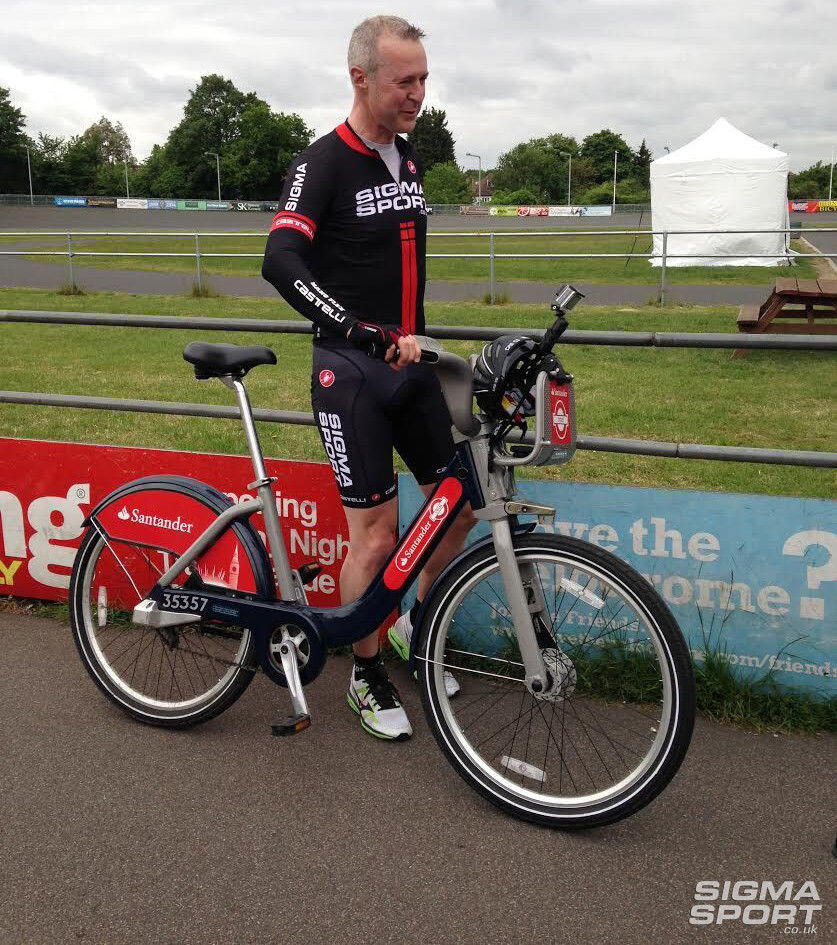 Please click below to donate to the Boris guys' Macmillan Cancer Support page.