A rather peculiar day in terms of its profile; Stage 14 has a category 4 climb just 20 kilometres into the stage before dropping down into the Millau basin for a steady uphill leading to the final three-climb kick. 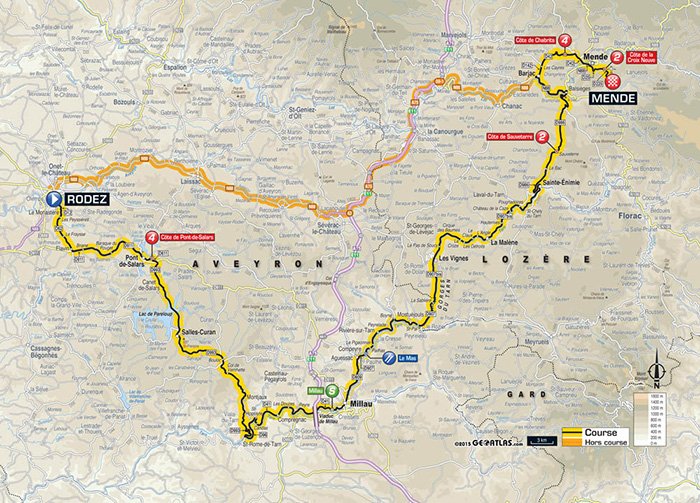 Covering one of the prettiest areas in all of France and the incredibly impressive Millau Viaduct this stage will be a good one for the helicopter cameras.

Designed by Michel Virlogeux and Norman Foster, the Millau Viaduct is the tallest structure in France and if you have driven down to south central France you have likely passed over it. Just don't look down! 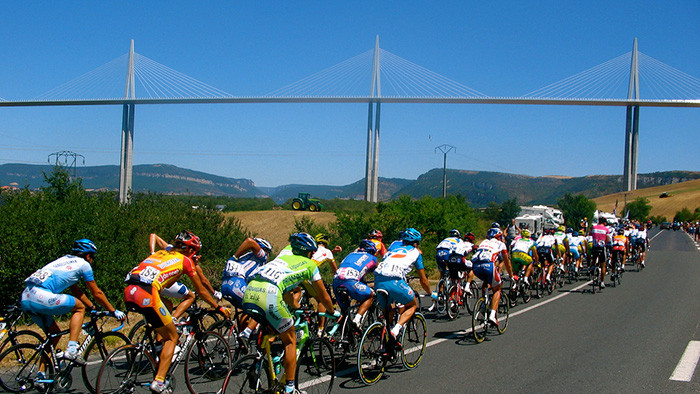 What the unusual parcours of this stage should produce is an interesting tactical display, especially with the finish being just beyond the top of the Côte de la Croix Neuve category 2 climb.

The Croix Neuve is not a climb that riders can just sit on up. It is going to be tough and the riders who find themselves near the front at the top will have to earn it with good position coming into the base of the climb and strong legs all the way up it.

At three kilometres long and averaging a 10.1% gradient, the Croix Neuve is the steepest climb of this year's Tour. Riders who had success on the Huy and Bretagne will likely feature in the podium positions given the three climbs' similarities.

An alternative outcome is that riders desperate to make up valuable time on Sky's Chris Froome before the Alps will attack. The finish will suit the likes of Alberto Contador and Alejandro Valverde, still, unless Froome completely blows up it will only be around 30 to 40 seconds that these riders can hope to claw back.

Since Alexis Vuillermoz's win atop the Bretagne last Saturday it has been a pretty torrid time for his Ag2r-La Mondiale team as they lost two riders on stage 11 and had their two-pronged hopes for a podium, Jean-Christophe Peraud and Romain Bardet left by the roadside by the rampaging Froome on Stage 10.

Vuillermoz, 27, in contrast has had a marvellous Tour with a win atop the Bretagne on Stage 8 and a third place finish on Stage 3 on the Mur de Huy.

Slightly steeper on average and longer than the Huy and the Bretagne this could be yet another opportunity for the former cross-country mountain biker to take the top spot on the podium. 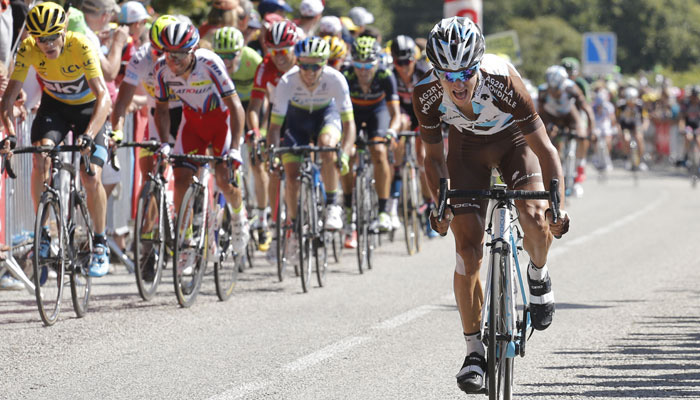 Let us know who you think will be victorious in Stage 14 in the comments section below.