Stage 16 is the final transition stage before a rest day and then the Alps; many riders will be hoping for an easy run in to the finish in Gap. They will not find it. 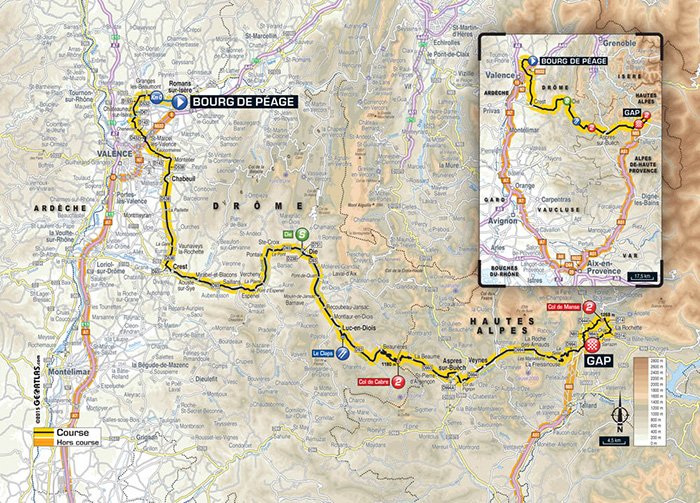 The stage runs 201 kilometres almost entirely uphill including a pair of category two climbs before the steep run down into Gap.

Despite this stage's transition status it could still have a considerable effect on the final leaderboard. The final ascent up the Col de Manse and the very steep and technical descent that follows into Gap are the perfect opportunity for a rider to risk it all in search of some precious seconds. 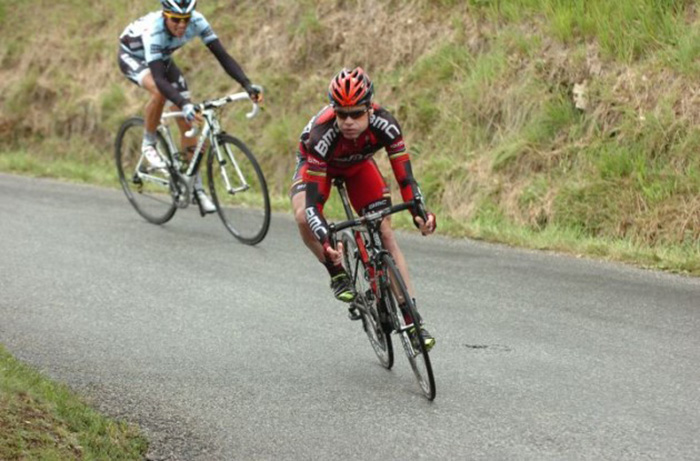 It was this descent that saw Contador crash in front of Froome in 2013, almost costing both riders the race and also where Contador and Cadel Evens built an unassailable time gap on Andy Schleck in 2011, so expect some hair-raising action.

With Froome's lead going into the Alps many riders will look to take advantage of every opportunity that is presented to them to claw back precious seconds. The Descent to Gap provides such an opportunity for the particularly strong descenders.

While the riders in search of seconds fight it out on the descent, this final stage before the rest day could, you've guessed it, suit a breakaway, especially given the constant state of uphill climbing that the peloton will find itself in. With a downhill finish the break is unlikely to be caught in the last 15 kilometres as it often would be.

If the sprinters don't seem to fancy it the the stage is ripe for a breakaway, especially with three low category climbs coming in the first half of the day. If a group of six to ten riders builds up a lead of ten or so minutes by the time they reach the Escrinet then look for them to go all the way to the finish.

The quietest member of the 'Quatro Galacticos' so far in the Tour, Contador has neither stormed up to the top of the leaderboard like Froome and Quintana or been blown out the back of the pack like Nibali. The 32 year-old Spaniard has been consistent and tactical waiting for his moment to pounce.

As an adept descender, 'El Pistolero' could well utilise the closing descent to try and work his way up the GC standings before showing his hand in the Alps after the rest day. 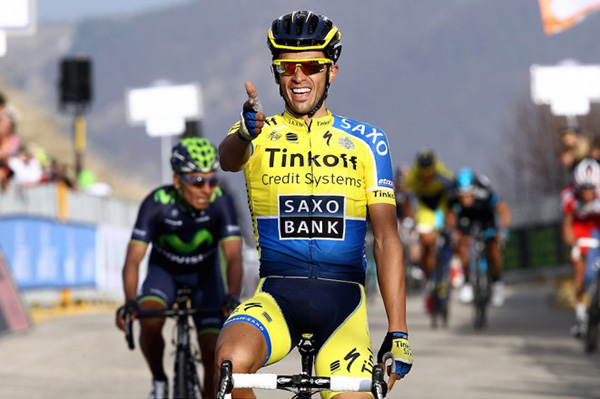 Let us know who you think will be victorious in Stage 16 in the comments section below.