Another fast and flat stage today with a juicy little uphill sprint to the finish line in the town of Le Havre. It’s almost as if the Tour yearns to be back over the other side of La Manche and in the UK, as Stage 5 is also another coastal experience for the peloton. Keep an eye out for the beautiful white cliffs of Étretat, which are sure to feature in the helicopter footage. 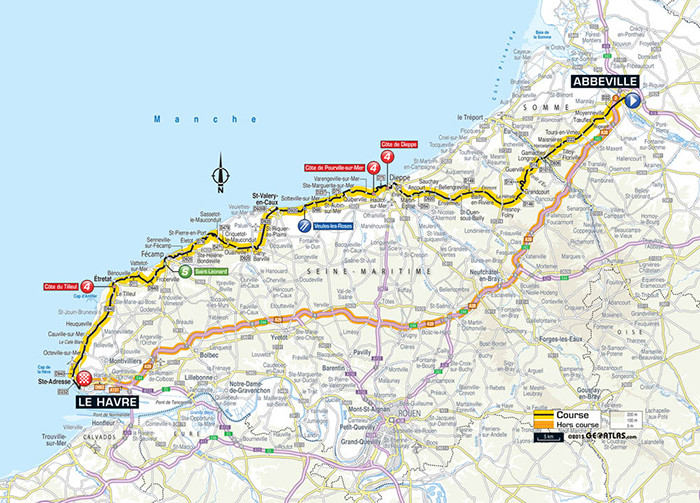 What is sure to be another staple of this stage is the Stars and Stripes-like Brittany flag by the roadside. One of France’s most recognisable regional flags, the Gwenn-ha-du or ‘Black and White’ in English, is not just a Goth version of the US flag. When it was created in 1923 it did, in fact, take its inspiration from the US and Greek flags as symbols of democracy and its strips represent the nine dioceses of Brittany; the five French speaking dioceses and the four Breton speaking ones respectively. It also used to make up part of the colour scheme of the Bretagne Séché Environnement wildcard team before they opted for the non-descript black and green. 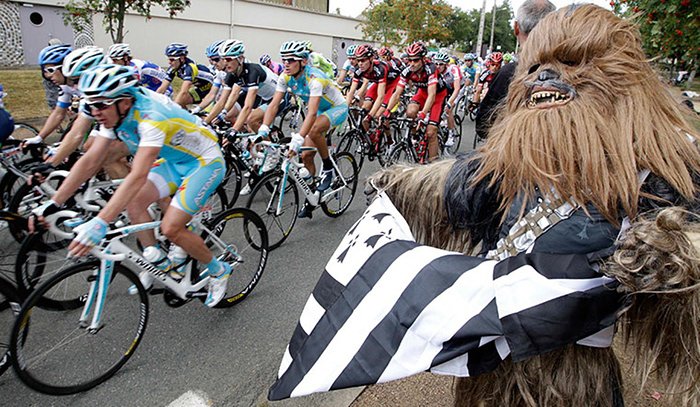 Moving back to cycling and away from that flag-based tangent; expect Stage 6, like 5, to be very fast and flat. Wind from the sea could affect the outcome as it did in Zeeland, but a similar sprint to the finish line is inevitable.

The fast men will be faced with a 900 metre, 7% average ramp up to the finish line, in Le Havre, a town that has hosted a whopping 18 Tour finishes over the years.

A 0.9 kilometre, 7% ramp may prove slightly too much for the likes of Cav and Greipel but riders like Sagan, Degenkolb, Kristoff and Michael Matthews (if he has sufficiently recovered from his rib injury) will be targeting this uphill sprint as the perfect opportunity to grab a win.

Peter Sagan is our choice to cross the line first in Le Havre. For the man who last year appeared to have the Green Jersey locked-up for the next five Tours, the start of this Tour has been all about staying out of trouble. With a second and a third place finish under the his belt already the 25 year-old Slovakian champion will be itching for a win and to set up the opportunity for Mr Tinkoff to possibly dye his hair green on the Champ Elysees in 17 days time. 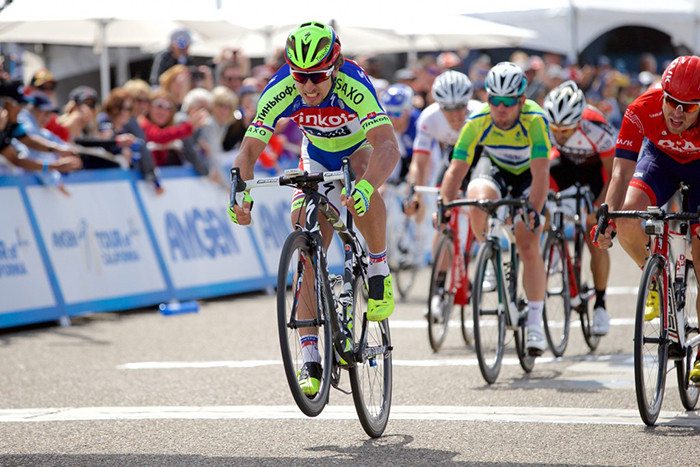 Let us know who you think will be victorious in Stage 6 in the comments section below.