With cycling's popularity at an all-time high in the UK the Tour of Britain begins with much anticipation on Sunday September 6th. This race is perfect for an elite field looking for a last minute tune-up before the World Championships in three weeks time.

Last year's Tour of Britain runner-up Michal Kwiatkowski went on to win the rainbow jersey three weeks later, so keep an eye out for any strong performances in the coming week that could be a sign of things to come in Virginia.

The field is very strong, especially if you are a fan of sprinters, with Mark Cavendish of Etixx Quickstep, Elia Viviani of Team Sky, Andre Greipel of Lotto Soudal and Edvald Boasson Hagen of MTN-Qhubeka all looking for stage wins. In terms of an overall winner, the competition is refreshingly wide open, with the likes of Peter Kennaugh and Alex Dowsett hoping for a home Tour victory at the end of successful seasons. 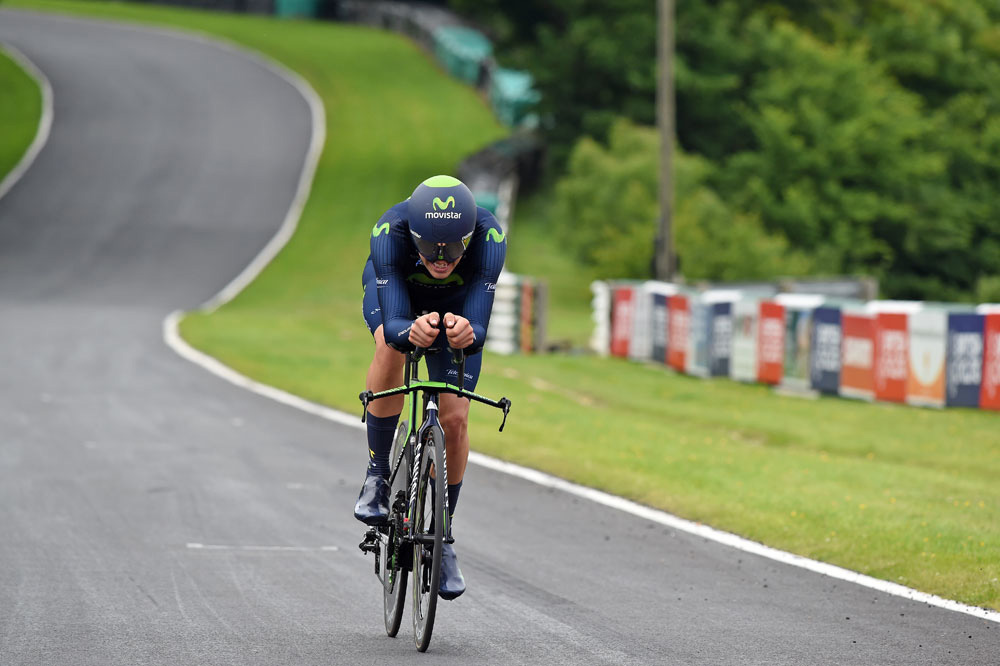 A predominantly northern affair this year, the ToB starts off in Anglesey before working its way up to the most northerly point of the race for the Stage 4 start in Edinburgh. After that small foray into Scotland its back down to East Anglia via stages in Cumbria and Nottinghamshire. As is now tradition, the ToB finishes up with a fast criterium-like stage through the streets of central London.

Before all of that the peloton will have to negotiate all of the northern counties of Wales with a hilly 177.7 kilometre stage from Anglesey to Wrexham. Three categorised climbs await the riders once they reach the Welsh mainland, before the route runs down to what will most likely be a sprint finish in Wrexham. 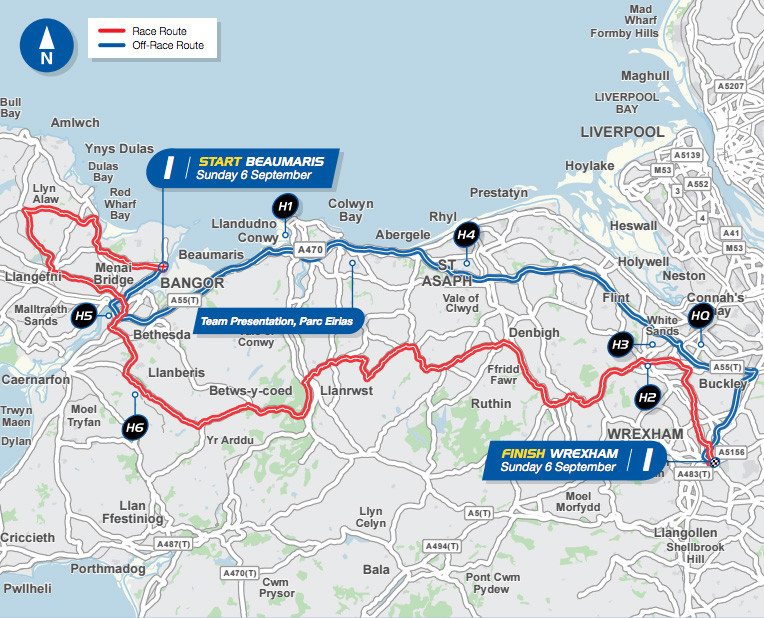 Categorised as a cat 1 climb Llaanberis Pass, will be the first test for the riders. Coming 66.5 kilometres into the stage, the 8.7 kilometres climb averages 5.5% with with steeper 11% ramps toward the top.

The pros will be quickly up and over this climb and on to the hilly second half of the stage. Two category two climbs at Nant-y-Glyn and Bwlch have to be tackled before the downhill run down to Wrexham. 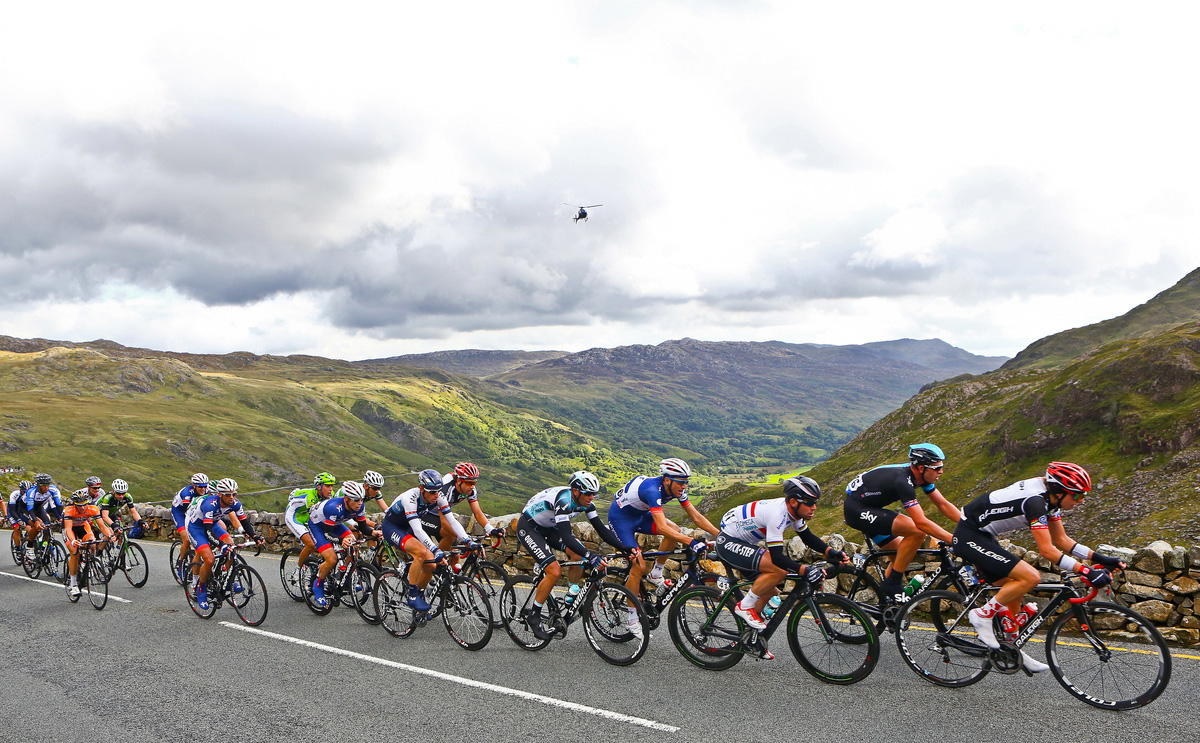 A relatively short and punchy stage compared to some later on in the race; Stage 1 will most probably finish in a sprint with all of the major names contesting. Before that there will be a chance for a break to go early as the riders cross the Menai Bridge from Anglesey. 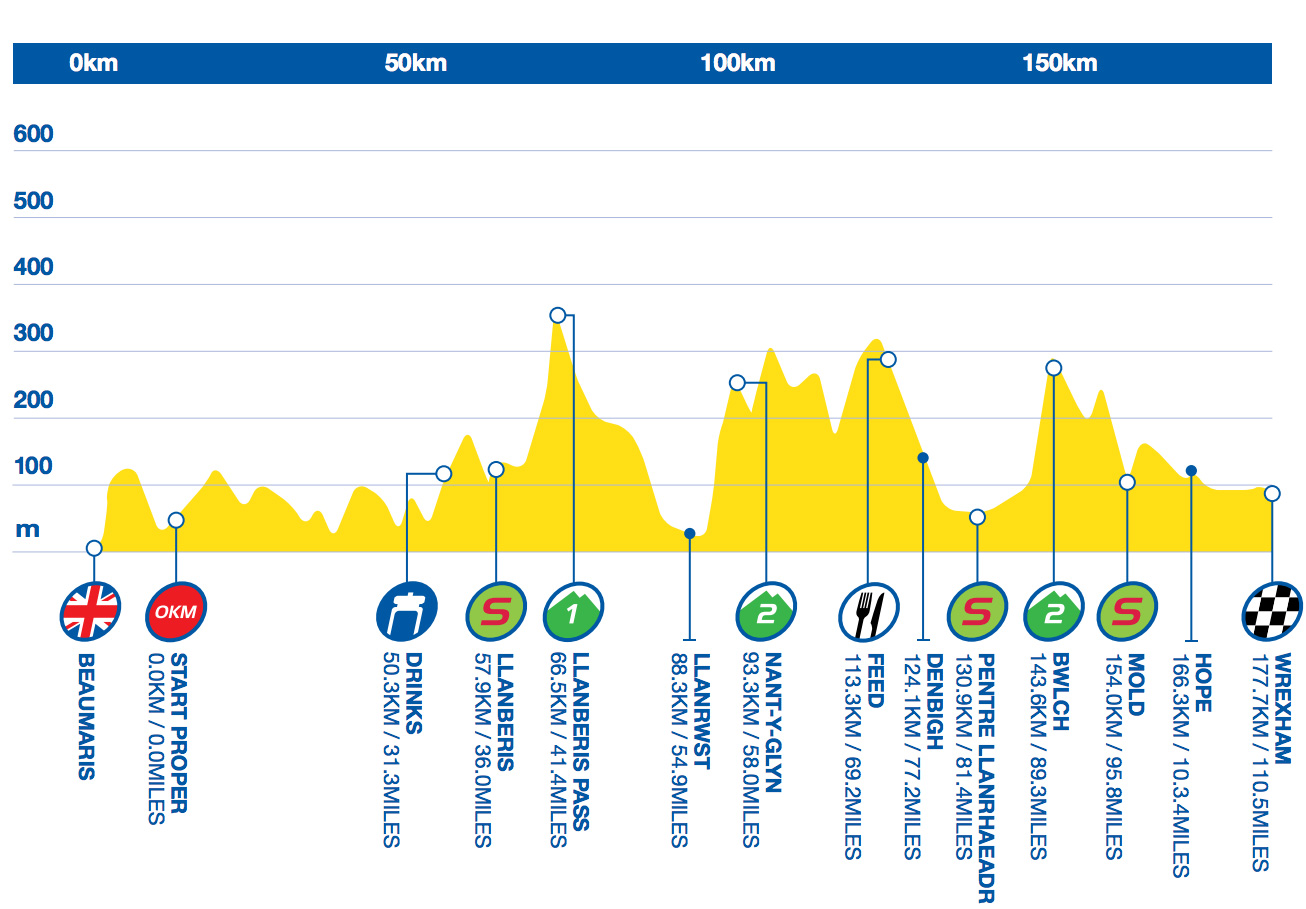 Keep an eye out for the seven British Continental level teams who will be keen to make the break. ONE Pro Cycling in particular will be hoping for a good performance as they look to move up to Pro-Continental status for the 2016 season.

Once the domestic teams have had their chance to shine it will be down to business for some of the world's best sprinters. A tight 90˚ corner followed a slightly hairy section where the road narrow to just four metres, will be the only thing slowing down the sprinters' lead out trains for what should be a great finish.

Mark Cavendish will be leaving Etixx Quickstep, to a yet to be disclosed team, at the end of the season, so the Manx Missile will look to open his win account early this year. Cavendish has won more Tour of Britain stages than any other rider in the modern era at 10 and it would be unwise to bet against him picking up at least one in this year's race. 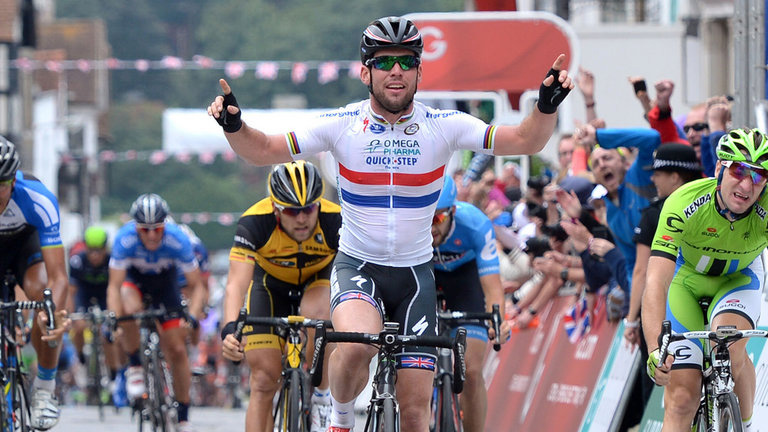 Let us know who you think will be victorious in Stage 1 in the comments section below.