Heading north to the Ribble Valley, stage 2 has been described by Race Director Mick Bennett as a mini "Ardennes Classic". There is no flat on the course profile at all with riders going either up or downhill all the way from the start in Cltheroe. 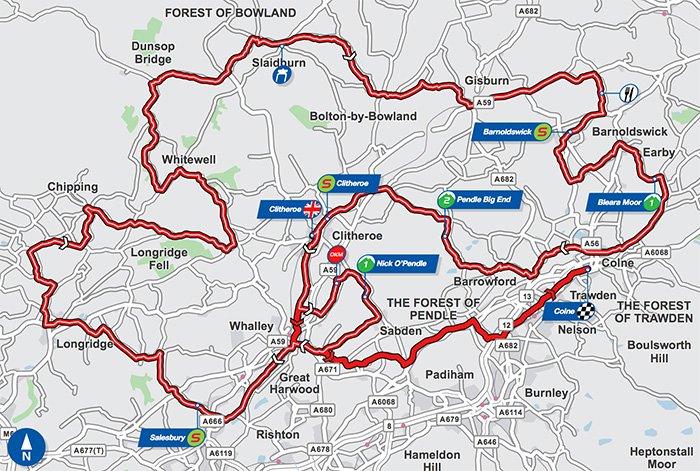 The hills start straight away with the peloton working its way up the Nick O'Pendle climb. This Cauberg-like climb will certainly have many in the group flashing back to April, especially if the weather turns. The Nick O'Pendle is around 2 kilometres long and averages 7% with ramps up to 18% in the middle section.

After this, the undulation continues through to the category 1 Bleara Moor climb at the 104 kilometre mark. Just one more climb after this, over the fantastically named Pendle Big End, before the route heads back into Clitheroe and out up to the finish at Colne.

Running in a circular route, stage 2 is a great one for spectators, with the chance to catch the riders at multiple stops along the way. If you are open to a three-stop strategy then stops at the Nick O'Pendle climb 2.4 kilometres into the stage, the Bleara Moor climb at 104.8 kilometres and then the finish at Colne could be a good plan as all three are within 25 minutes of each other by car and avoid the race route. 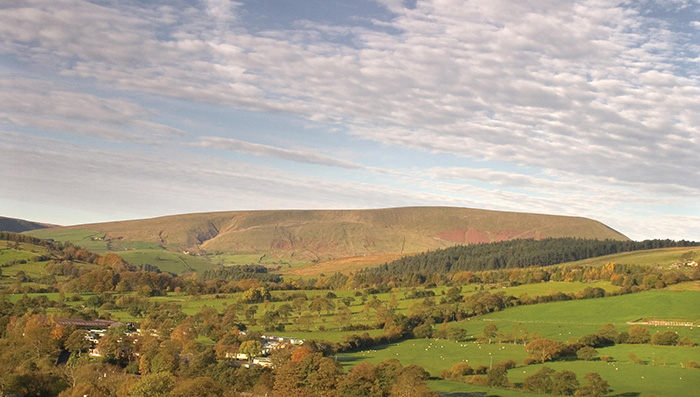 Stage 2's Ardenne classic parcours will likely prove the first test for those hoping for the high placing on GC. The undulating nature of the course will weed out the sprinters so a change in the wearer of the leader's jersey is on the cards and a strong performance could see the winner wearing the Aviva Yellow Jersey for three or four days... if not all the way to the finish.

A difficult stage to pick an out-and-out favourite for; stage 2's slightly uphill kick to the finish will favour a powerful rider, especially if a large group comes to the last few kilometres.

Last year's Belgian National Champion, Jens Debusschere was in an amongst it in several of the classics earlier in the season with a fifth place finish at Gent-Wevelgem and seventh at Kuurne-Brussels-Kuurne.

The 26 year-old Lotto Soudal rider has certainly proved he has the power to attack with the best of them and a win on stage 2 could start off what could be a very successful week for the Belgian team if Andre Greipel is on the same form he was at the Tour de France back in July. 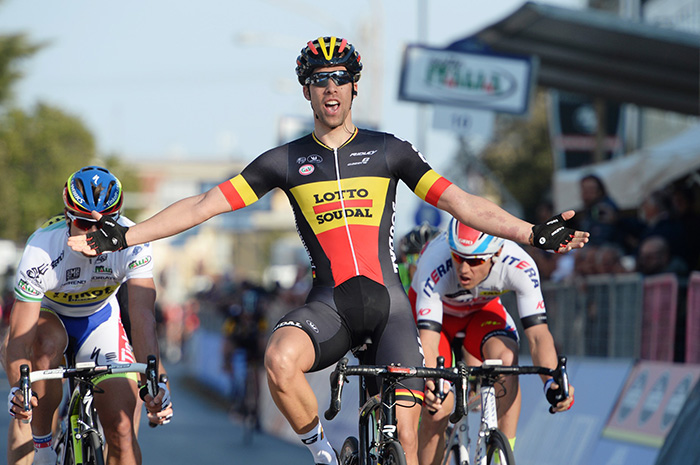 Let us know who you think will be victorious in stage 2 in the comments section below.