The final stage of what has been a sensational race, Stage 8 of the 2015 Tour of Britain finishes on the streets of London. Just like the Tour de France’s climax in Paris, the London stage is the last chance for the teams who haven’t tasted success so far to finish on a high on a high. 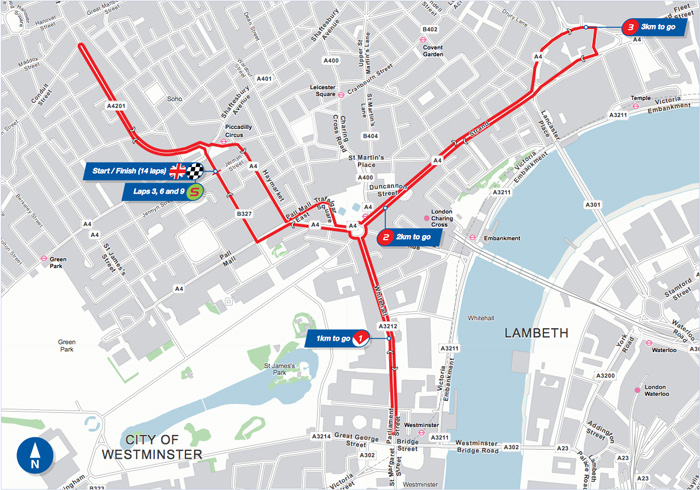 London has featured in all but 3 of the last 12 editions of the Tour of Britain, most recently last year when it hosted both an individual time trial, won by Sir Bradley Wiggins and a circuit race, where German sprint star Marcel Kittel lunged across the line for the win. 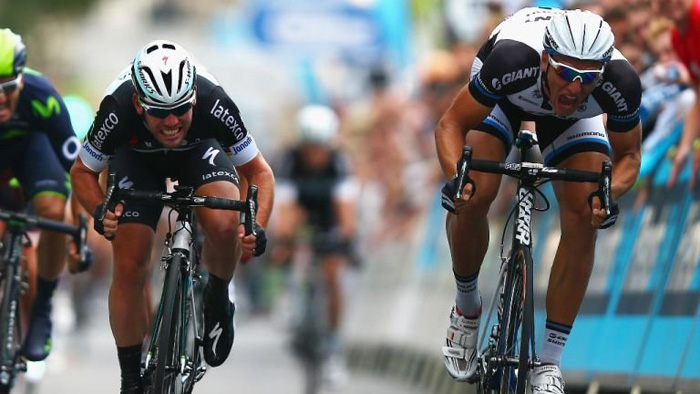 As start/finish straights go, they do not get much more impressive than Regents Street. A new course for 2015, from here the riders will race round the 6.2 kilometre course, 14 times. Along the way they will pass iconic sights such as The Strand, Piccadilly Circus and Trafalgar Square. 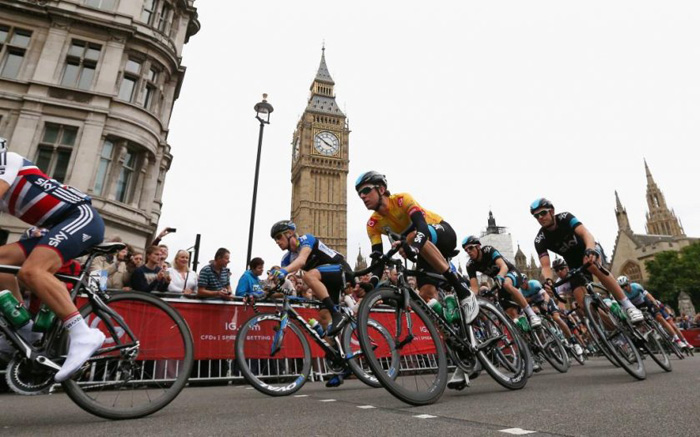 There will be no stopping to take in the views though as the tight and twisting circuit will keep in the best bike handlers on their toes.

The general classification should be tied up by this point, so for the race leader it is just a case of staying out of trouble and enjoying racing round one of the most breathtaking cities in the yellow jersey.

Depending how close things are at the top of the Yodel Direct Sprint classification, the two sprints on laps 3, 6 and 9 could determine who pull on the green leader's jersey.

This is without doubt a stage for the sprinters and the likes of Cavendish, Griepel and Viviani will be hungry to throw their arms aloft after 86.8 kilometres of flat out racing. 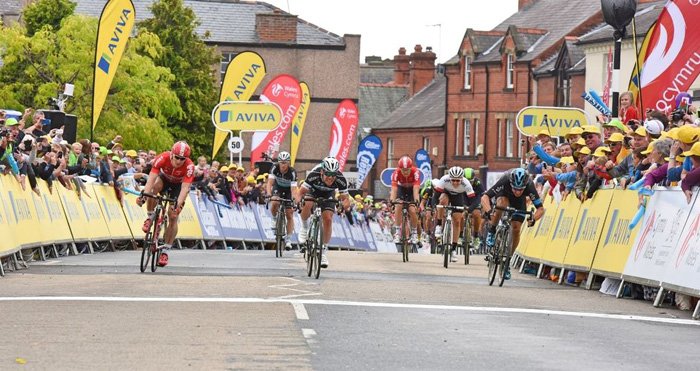 For those teams keen to show off their colours, this is the ideal stage for last ditch effort off the front, although the fast and short nature of the stage will make it near to impossible to escape the sprinter’s team’s electric pace.

A revelation of the 2015 Tour of Britain, this young Welsh rider can do it all. Finishing at the sharp end in sprints and holding his own on the climbs, the only thing that this Team Wiggins rider hasn’t got is a Tour of Britain stage win to his name. 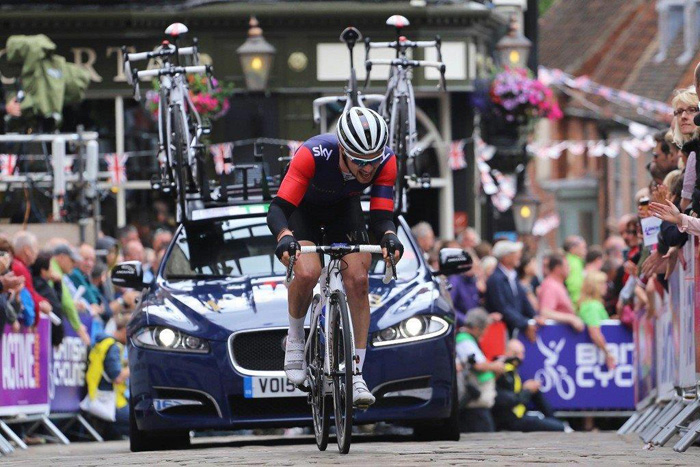 With World Time Trial Champion Sir Bradley Wiggins and Olympic medalist Andy Tennant as team mates there will be no better wheels for the British under 23 road race champion to follow in the final kilometre.

Let us know who you think will be victorious on Stage 8 and will win the Tour of Britain overall in the comments section below.