After a thrilling first week, which saw GC hopeful Vincenzo Nibali getting disqualified, a stage win for Peter Sagan and spectators attempting to make off with Ben King's Cannondale Garmin bike it is time for the race to heat up before the incredibly hilly final week.

With most of the overall contenders still sitting well within a minute of the overall lead and within 20 seconds of each other, the second week of the Vuelta begins with everything still to play for. 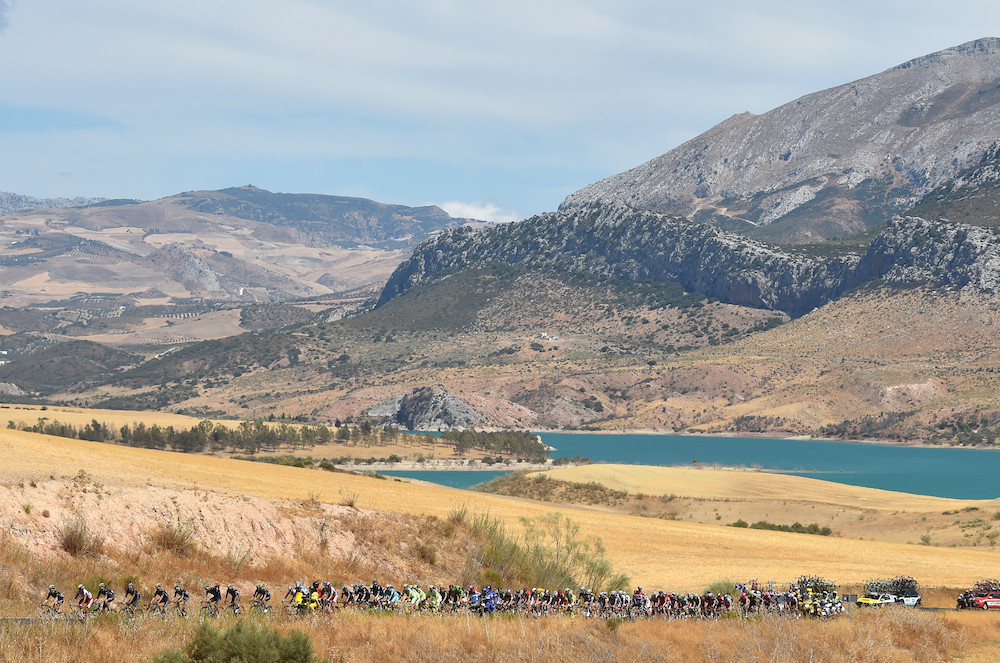 This year's Vuelta sees a colossal six stage finishes atop first category or HC climbs, with Stage 9 being the second. A relatively flat stage up until the final 10 kilometres, expect attacks yet again from the GC hopefuls, especially as the next day will likely end in a sprint and then it is the first rest day. 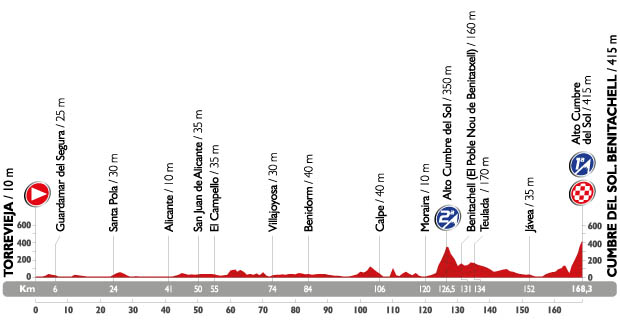 The final climb of the day up to the Cumbre del Sol begins almost at sea level at 79 metres and climbs up to 445 metres. The 3.75 kilometres climb averages 9.75% with a long section at an ankle-breaking 18%.

With the majestic background of the Mediterranean sea this could well be where Dan Martin, who has looked strong in the first week of the Vuelta, launches an attack to take the red jersey into the rest day. 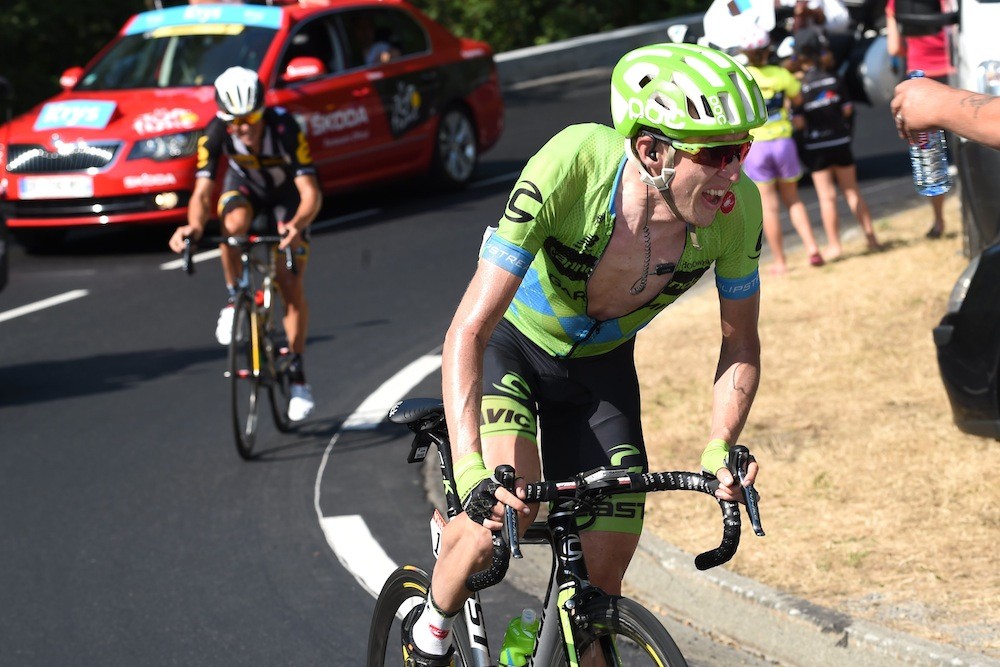 If you are only going to watch one stage of this year's Vuelta make it this one as it will certainly be one of the most exciting. Heralded by some pundits as the most gruelling stage in modern Grand Tour history, the route to Cortals d´Encamp takes in six categorised climbs, four of which are category one, one category two and one HC. 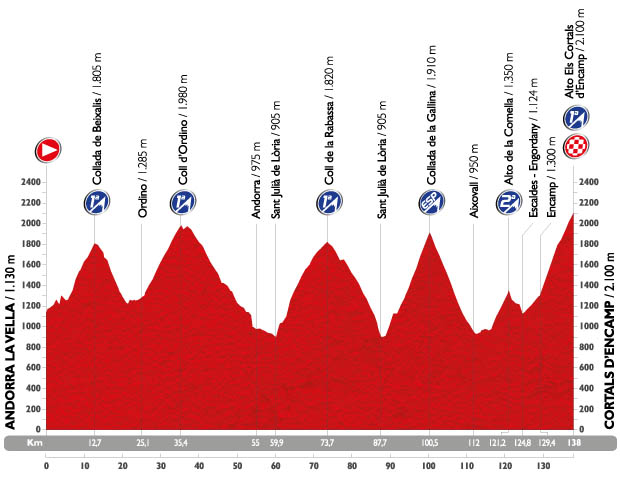 Taking part entirely in Andorra, this stage will be a true test of even the best of climber's legs and whoever comes out on top will definitely cherish this victory on his palmares.

The parcours could also suit a breakaway, which likely wont go all the way to the finish, but could put one rider in the climber's jersey. 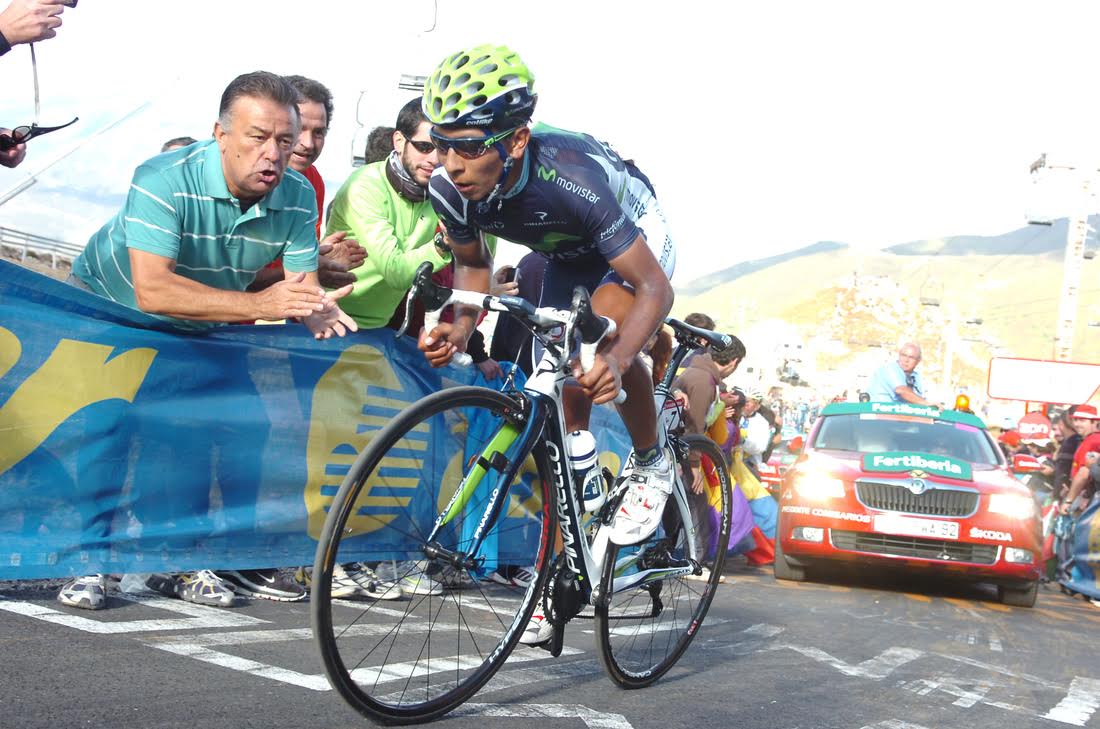 Keep an eye out for Quintana; you'd be hard put to find a stage more suited to the diminutive Colombian. Taking place almost entirely over 1200 metres of elevation, the Movistar leader's months of training at altitude will stand him in good stead and the 13 kilometre, 6.9% average climb up the Els Cortals to the finish line will suit his skill set.

Let us know who you think will be in the red leader's jersey after the second week in the comments section below.