With an exciting second week now behind us and controversy still in the air, the Vuelta moves into the incredibly hilly third and final week.

Just how close will the motorbikes get this week? Will a rider actually get on the motorbike whilst on the move, Indiana Jones style? We wouldn't be surprised in this year's Vuelta.

What with Nibali sidelined in the first week, Quintana struggling, Van Garderen and Dan Martin slain by a Stage 8 pile up and Chris Froome heading home with broken bones, the podium has been left wide open for riders who may have been thought of as outsiders before the race started. 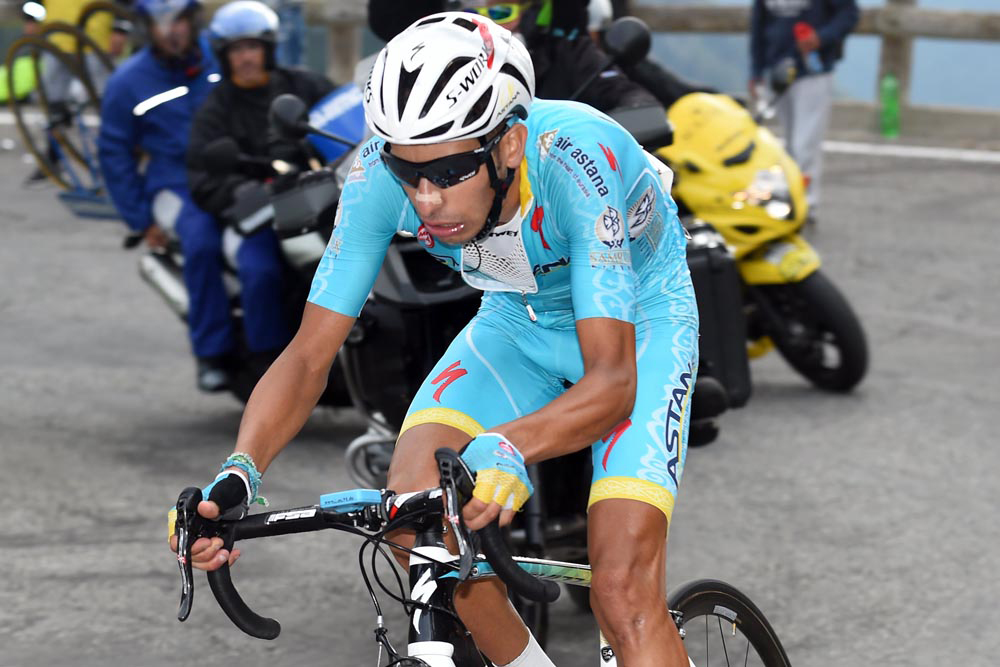 Aru currently sits atop the GC standings thanks to an unbelievable effort on Stage "hardest ever" 11; perhaps proving just how much the Tour de France takes out of riders, as he was the only major favourite who did not ride this years Tour.

With the exception of Katusha's Joaquim Rodriguez, Aru was the only favourite to make it through Stage 11's vertical onslaught without completely throwing away all hope of a podium finish. Nevertheless, with challenging parcours in the final week, no rider is safe no matter how large a time gap they may hold.

Setting off from the Basque capital of Vitoria, Stage 14 forms the first part of a mountain-topping triple-header, with three mountain-top finishes in as many days. 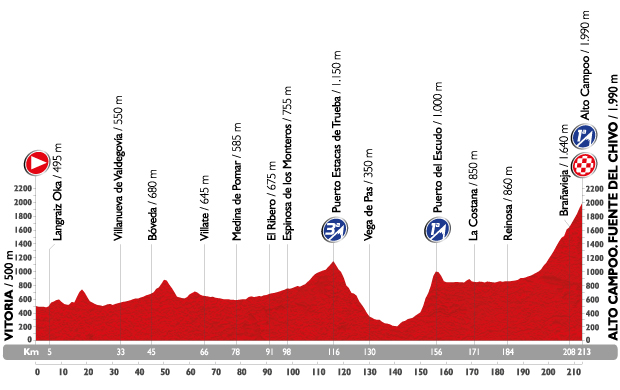 Two thirds of the way through the stage riders begin the Puerto del Escudo climb up to the La Costana plateau. Averaging 9% over 7 kilometres, this climb could well break up the field before the 40 kilometre flat run in to the final climb of the day, up to the ski station of Alto Campoo.

This finish has been used three times by the Vuelta, most recently in 1993 and the 18 kilometre, 6.5% average climb will prove to be yet another launch pad for GC hopefuls to attack on. 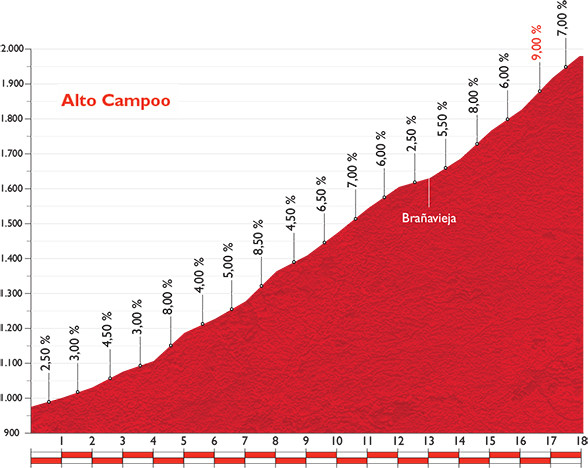 The Alto Campoo really ramps up in the final 5 kilometres as riders pass where the road used to finish at Branavieja. The final 3 kilometres ramps up to over 9 percent before a flat final 200 metres to finish line.

Tinkoff Saxo's best hope of stage victories and GC contention, Rafal Majka sits in a decent position on GC going into the final week. The climb up to Alto Campoo reads very much like a slightly prolonged version of the one he won up to Risoul at the 2014 Tour de France. The Pole will look to take seconds out of his rivals in a bid to secure a podium place in Madrid. 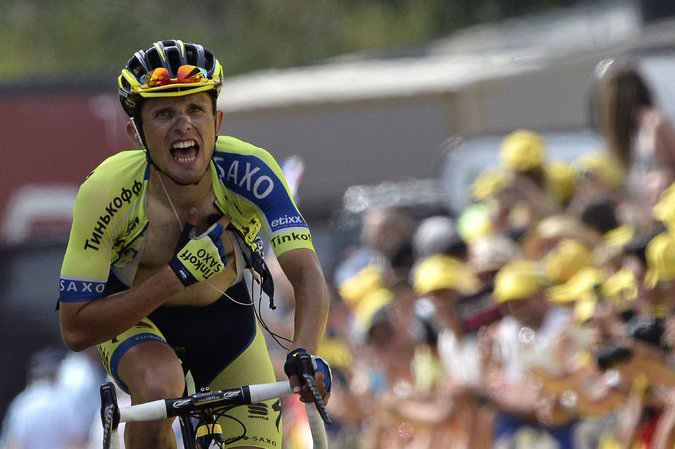 This year's only ITT, the figure-of-eight 38.7 kilometre course round Burgos will come as a welcome respite for most in the peloton, especially those not contesting the GC, as it is relatively flat. 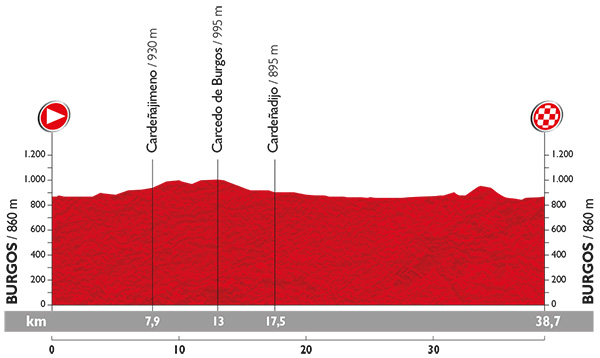 With the chance to claw backs seconds on whoever is leading the race, Burgos is the only stage, barring the final flat route, into Madrid that does not have any significant climbs on its parcours.

One of the revelations of the Vuelta so far, Giant Alpecin's Tom Dumoulin will certainly be looking to make the most of the only ITT on the route. The Dutchman came 8 seconds seconds short of winning the opening stage TT at this year's Tour and will see Stage 17 as a great opportunity to test his form before the World Championships, just 2 weeks down the line. 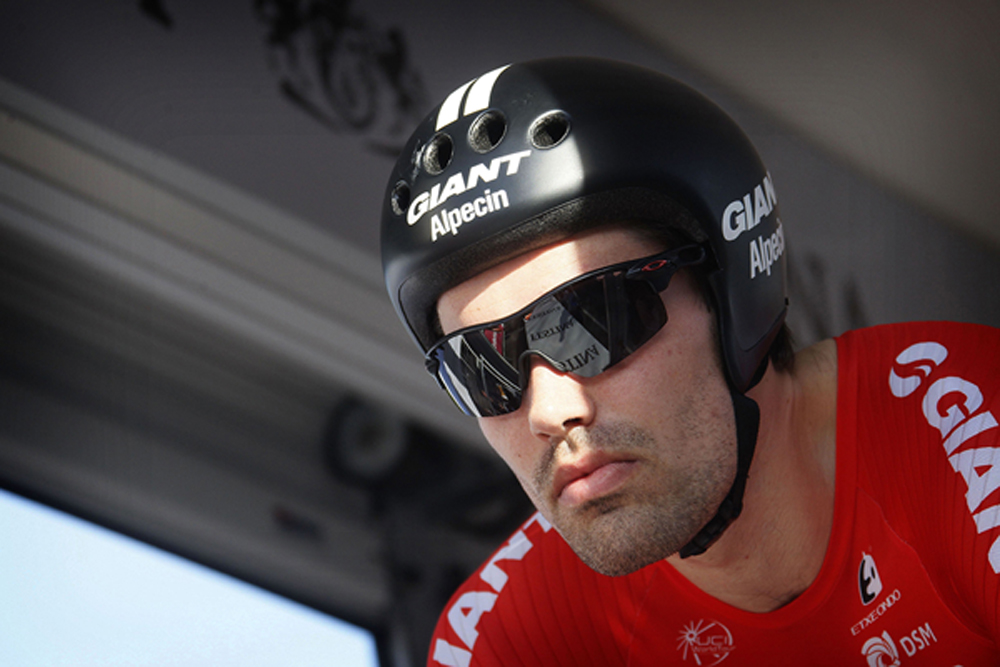 If the GC remains close, these four climbs will be attacked with some gusto with the possibility of a long range attack on the slopes of the third climb up the southern side of Puerto de la Morcuera. 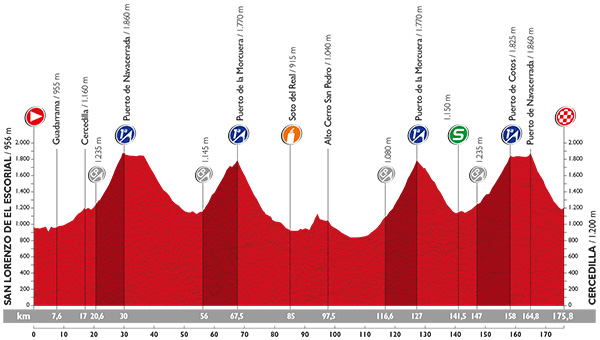 The peloton will take on the Morcuera twice, from the northern and southern sides, before the final climb of the 2015 Vuelta up the Puerto de Cotos. Riders will not find this climb too difficult at just over a 6% average gradient but it does feature a nasty little 8.5% kicker to the line.

With a brutal three weeks already in the peloton's legs there will be some very tired riders heading up to Cercedilla; surely a great opportunity for a last ditch attack from a rider who has held something in reserve. 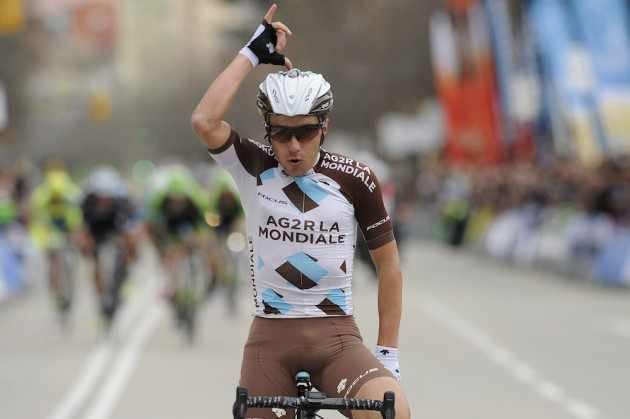 After recovering from a harrowing face plant at this year's Giro, the Italian AG2R rider has been there or there abouts in a number of races since, including a 5th place at the Tour de Suisse. If Pozzovivo remains perched just outside of the top 10, a last gasp attack could well be on the cards.

Let us know who you think will win the 2015 Vuelta a Espana in the comments section below.