Bike launches often come with a fair degree of hype, but when we saw the specification sheet for the new Specialized Allez Elite 2018, we were truly impressed. For a bike priced at just under £1000, this bike features a full Shimano 105 groupset - a fact that, for most other bikes, would raise the price quite considerably. Intrigued by what we saw on paper, we decided to put this bike to the test, Sigma Sports style, so, we pumped up the tyres, checked the brakes, and set off for a 185km ride, from London to Somerset.

Now, as a bike aimed at the entry end of the market, an Allez Elite may not immediately strike you with its glamour. The truth, however, is that if you’re looking to explore the roads and step into a sport that can be pretty alien to the uninitiated, the Allez range has always served an important purpose. The Allez is about feel, connection and relishing the ride. The question was, would the latest Allez Elite be welcomed into the stable?

Setting out in the early hours, and tackling the rougher roads westward, the weather rolling in was bleak - this wasn’t going to be a fair weather ride. Swinging a leg over the frame and tentatively eyeing swirling skies for freckles of rain, my attention was immediately drawn by the sheer willing of the Allez to drive me onward. Weary legs, yet to properly start spinning, the Allez Elite had considerably more perk than me after a triple espresso. The solid and planted aluminium frame picked up speed quickly and maintained its velocity. A cushioned ride for a pretty sleepy rider, the forgiving aluminium frame ensured that I slipped smoothly and silently outside the confines of the M25 to be rewarded by the dawn chorus.

Comfortable and chewing through the early miles, I started to settle in for the day. Perched on the Specialized Toupé Sport Saddle, I was surprised at the support this bike was providing me and impressed at the level of attention that had gone into making sure that my ride straight out of the box was not just pleasant, but smile-inducing. The geometry of the bike having been designed to mirror the Roubaix. The Allez’s sheer comfort was reassurance enough that I’d be able to make it to my target destination. 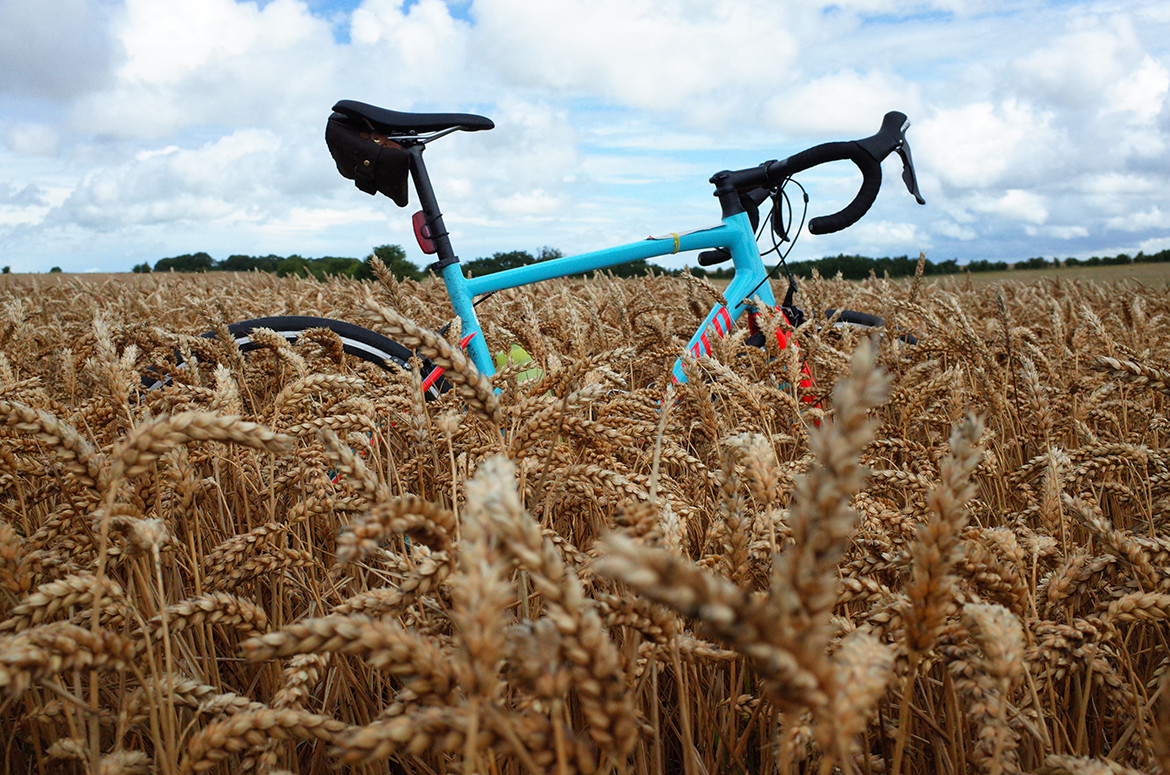 As the procession of quaint villages and busy hedgerows flickered steadily on, the first climbs came into view. Now, though London to Somerset isn’t the hilliest of rides, punchy rises punctuate the route. Getting out of the saddle to really squeeze some power out of the Allez, I was quite taken with the response. The borrowing of dropped seat stays, from the recently released top of the range Tarmac, meant when it came to feisty, short lived gradients, I certainly wasn’t feeling held back, taking in inclines with ease.

Longer climbs though, where my climbing ‘style’ sits me squarely in the saddle, the weight of the Allez did become distinguishable. A full 500 grams lighter than its predecessor, the Allez remained surprisingly spritely for an aluminium bike poised steadfastly at entry level road cycling. That said, I was already expecting some concession on weight considering the sheer material choice - what I wasn’t expecting was gearing comprehensive enough to overcome it.

Now, whilst components might confound or be a curiosity to the enthusiastic beginner, it’s worth noting that grades of componentry do translate into a better ride, and Specialized have made sure to equip you well. Opting for Shimano’s 105 5800 system, a full 11-speed, 11-32 tooth rear cassette provided me with the depth and strength to plough ahead, up and onto the exposed Salisbury plain. 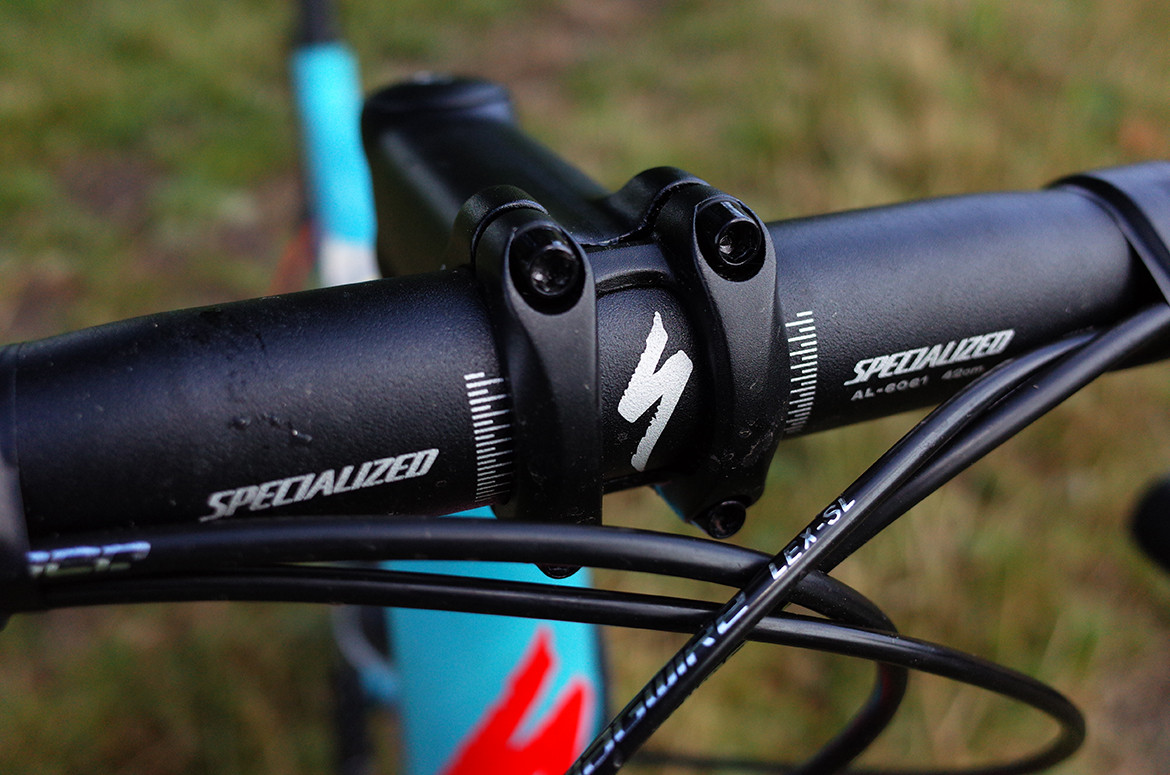 Combined with a compact chainset the Specialized Allez Elite offers easily enough gearing for even the toughest gradients. Equipping you with a smooth, clean drivetrain that offers a tactile feel, rather than squeezing a little more margin out of the fresh-faced rider in exchange for a clunkier setup, this was an impressive offering. 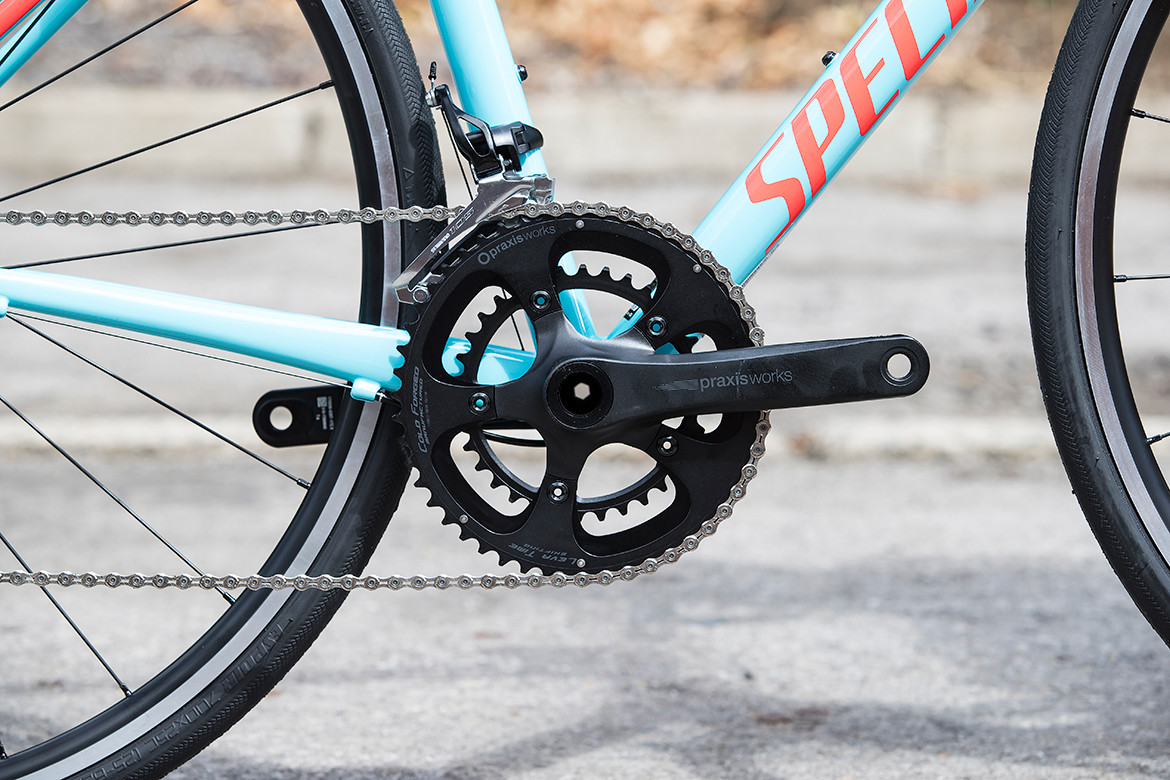 Stopping for a spot of breakfast in a small cafe along the route, I took some time, between scoffing a sandwich, to cast an eye over my mud-speckled steed that had already crossed a couple of counties. With a near-celeste blue highlighted paint scheme with shocking fire orange detailing, this bike needs little announcement of its arrival. It’s striking and bold, and I admire that, though it is also available in a more under-the-radar black and white edition. A statement of ambition, this bike has a sleek geometry, and, easily passes itself off as being of a higher pedigree, even to other in-the-know cyclists. What is certain though, is that it looks a damn sight more than £1000 of bike. You can call that value for money.

Equally refreshing, though irksome considering my predicament, the facility and ease of adaptability really shone through when examining the details of this bike. With fittings for mudguards, themselves sadly absent on my ride, the Allez Elite wasn’t just a one trick wonder. Space to mount a rear pannier rack means it’s easily conceivable as a lightweight tourer, daily commuter, or simply as a relaxed leisure bike for the road rider covering sociable miles and taking in some scenic views. This extra functionality adding another dimension to the bike, I have to admit warming a little to the sheer design and specification; it’s a lot of bike for the price. 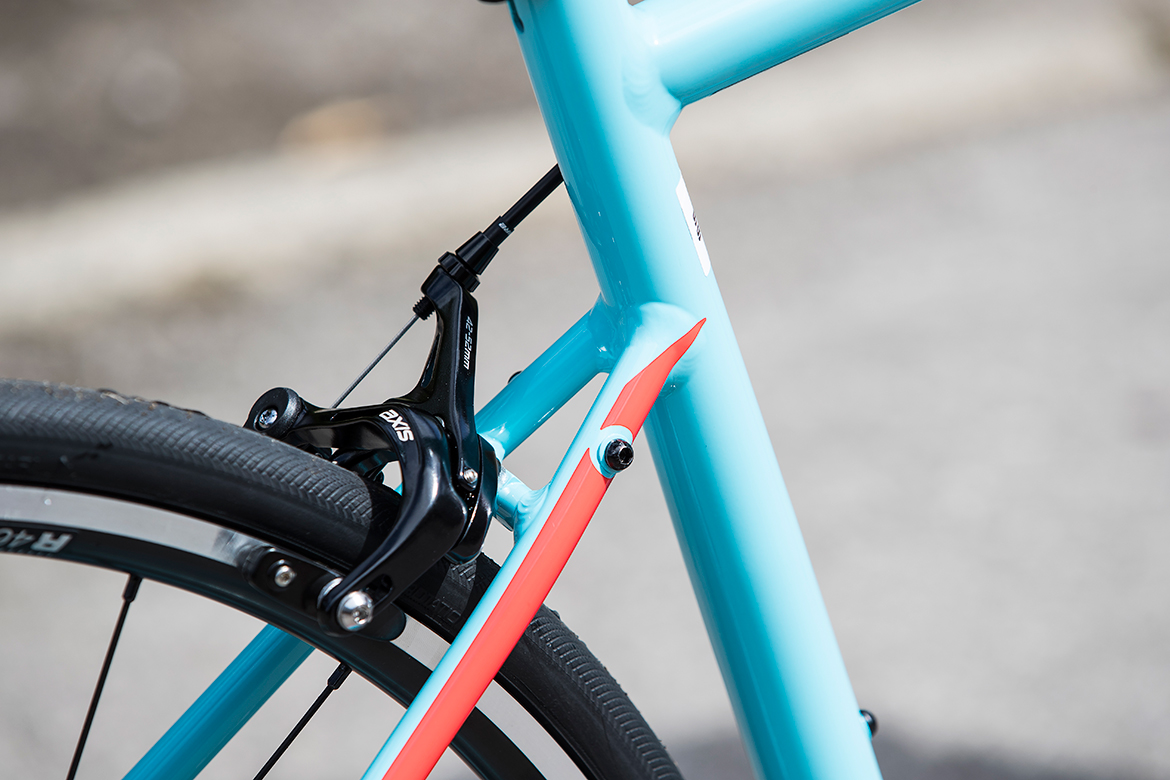 Settling up at the counter and pumping with the false assurance of post-stop legs, I could feel myself dipping a little. However sloppy a state I might have descended into, a slick bladed carbon fork was giving me some poised cornering prowess, allowing me those last minute corrections to avoid the usual assortment of potholes, small boulders and livestock that habitually clutter Wiltshire roads. A full carbon construction ensures a supple and responsive feel. One thing that took me aback was just how muted the feedback I received was from a full carbon fork - yes, there was a little, but this bike isn’t billed as an endurance machine, and this was out of the box comfort. Beyond witchcraft, I wasn’t sure what exactly was happening, but, I liked it. 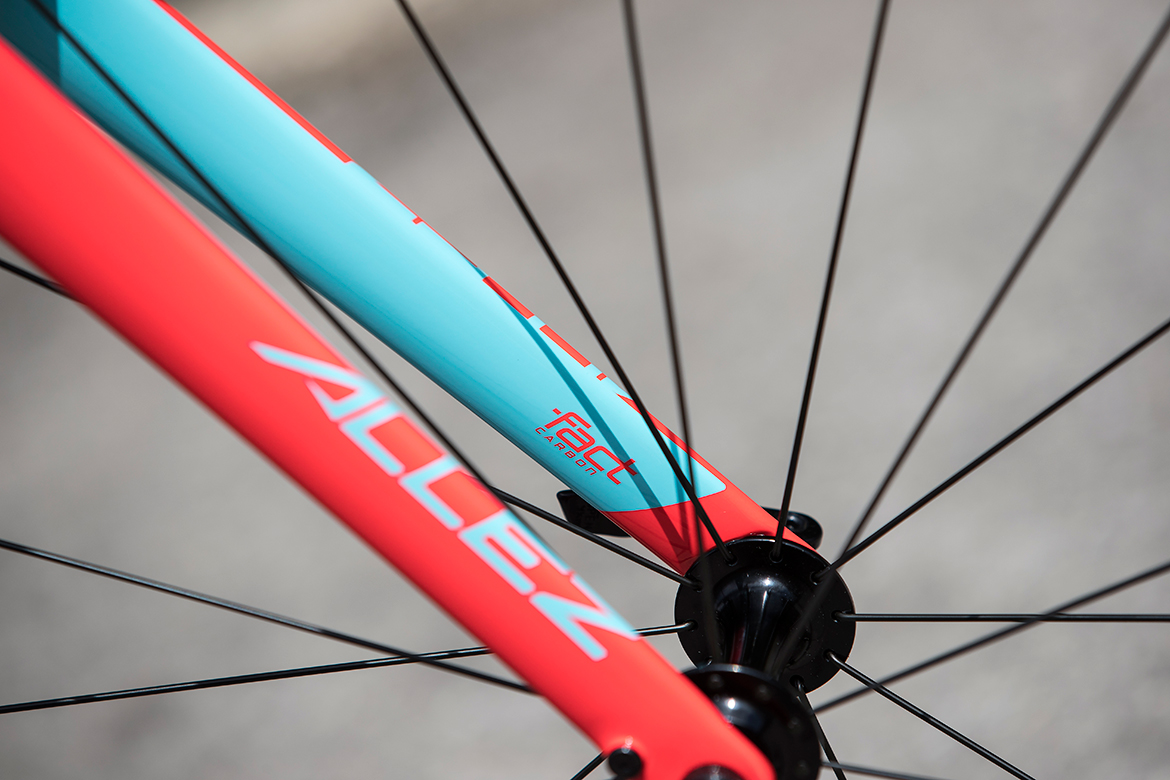 With the Somerset border coming ever nearer, the tell tale signs of a long ride into the wind and rain were starting to show. With undulating hedgerows sliding back to reveal another cheeky gradient, I was certainly digging into reserves, even if the Allez Elite seemed perfectly able despite this rather cruel baptism of fire. Thistles and grit gracing the dome of the road, the fact that over one hundred miles of wet roads hadn’t seen a puncture, or indeed, picked up any damage to the wheels was rather impressive. Heading out of the Wylye Valley and rolling down and across the frontier, the Allez Elite had gone the distance and dealt with the weather as well as a pretty demanding rider. 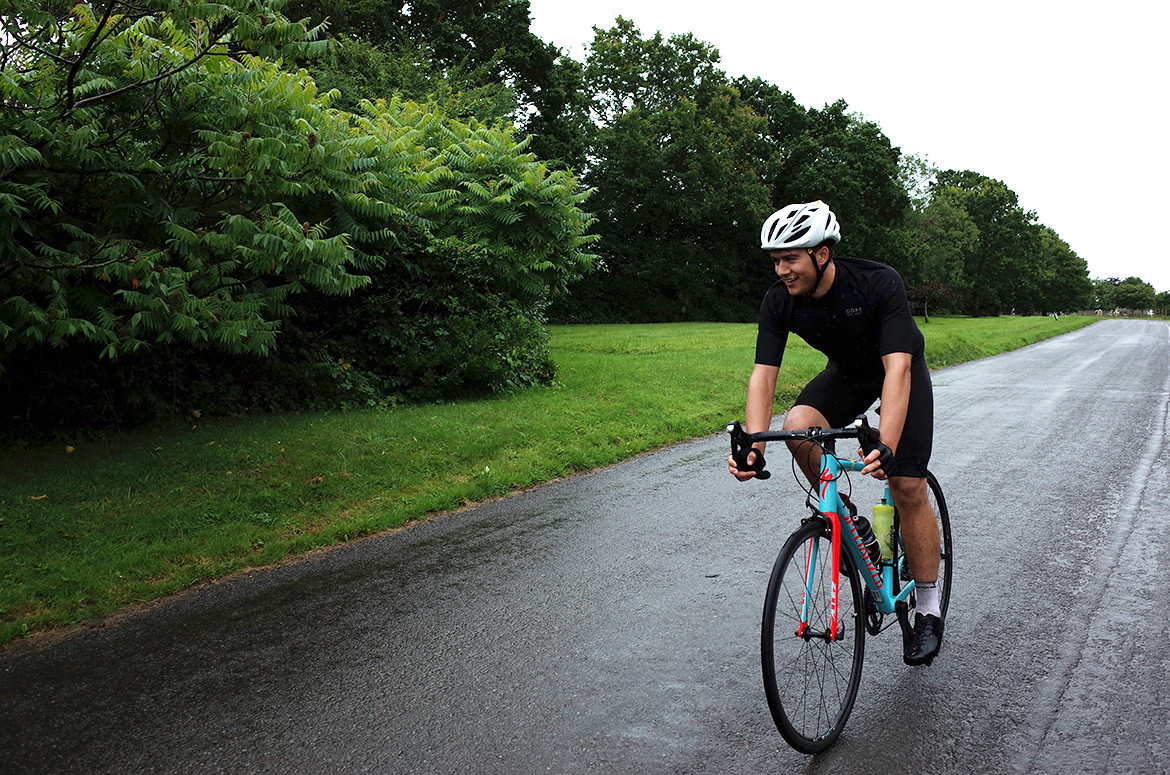 So where does that leave us? Well, surrounded by fields and subjecting the bike to a power shower, the time had come to draw conclusions. I’d covered a good deal of ground and done it at a fairly decent pace, arriving, despite the rain, with a smile stretched across my face. Quite simply, for a bike that was built just one day earlier to transport me quite so far was always going to be an impressive feat. 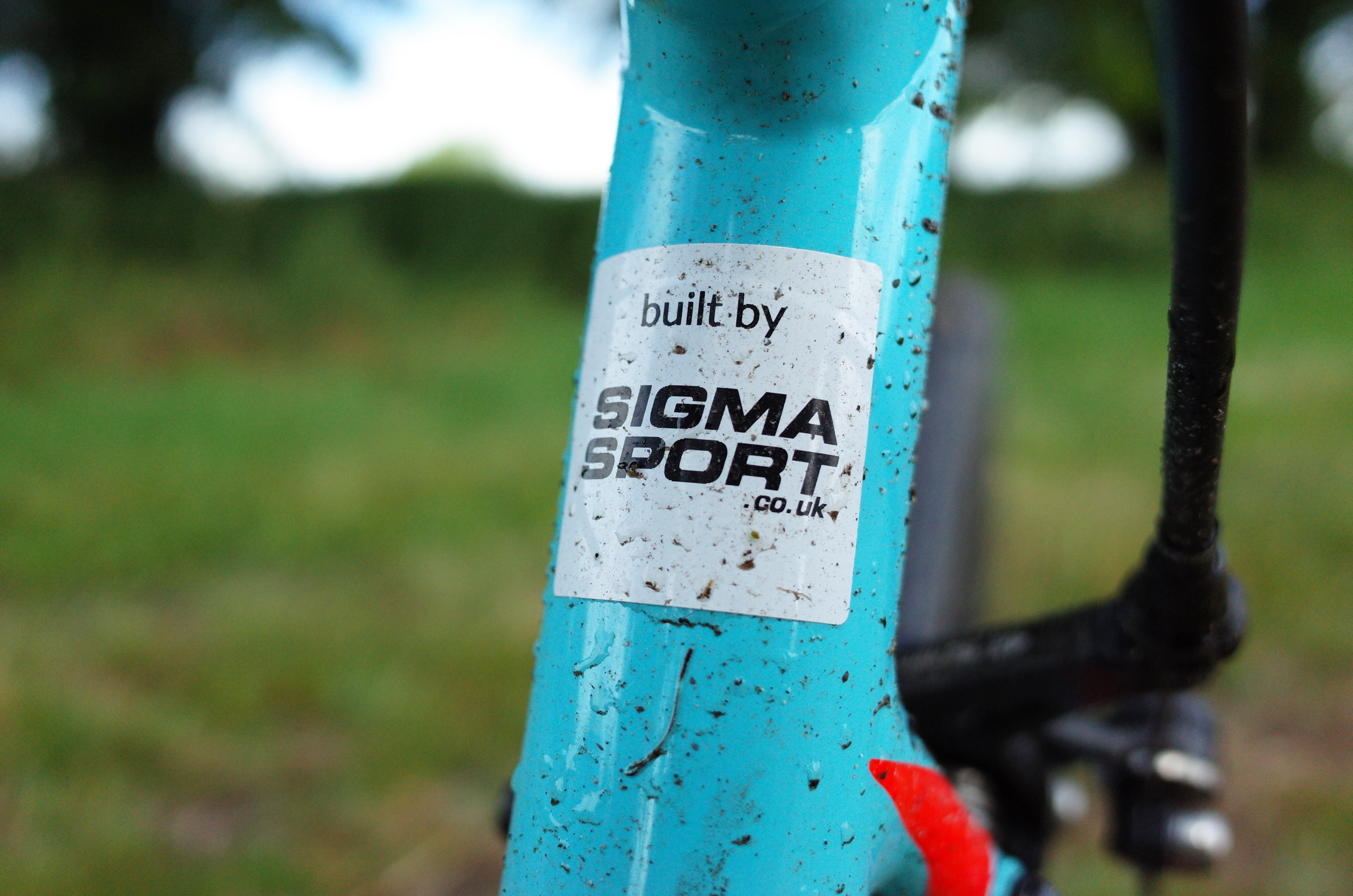 The fact that it was possible though surely speaks for an outstanding comfort and level of understanding on Specialized’s part. Providing the individual elements needed to render this bike not just one for the starter, but the enthusiastic or ambitious rider. Offering the depth for you to develop, improve and expand your horizons, the Specialized Allez Elite gives a good deal of growing space, forging your own path on the road, wherever it leads you.