It could be said the term ‘legend’ is bandied about a little too freely, although we think you’ll agree, in the cycling world, there are a handful of individuals that earn the legendary status. Coppi, Merckx, Indurain, Fignon, these patriarchs of the sport sit in the realms of myth and legend. It takes quite a career to reach this status, a career such as a certain Mr Fabian Cancellara’s. 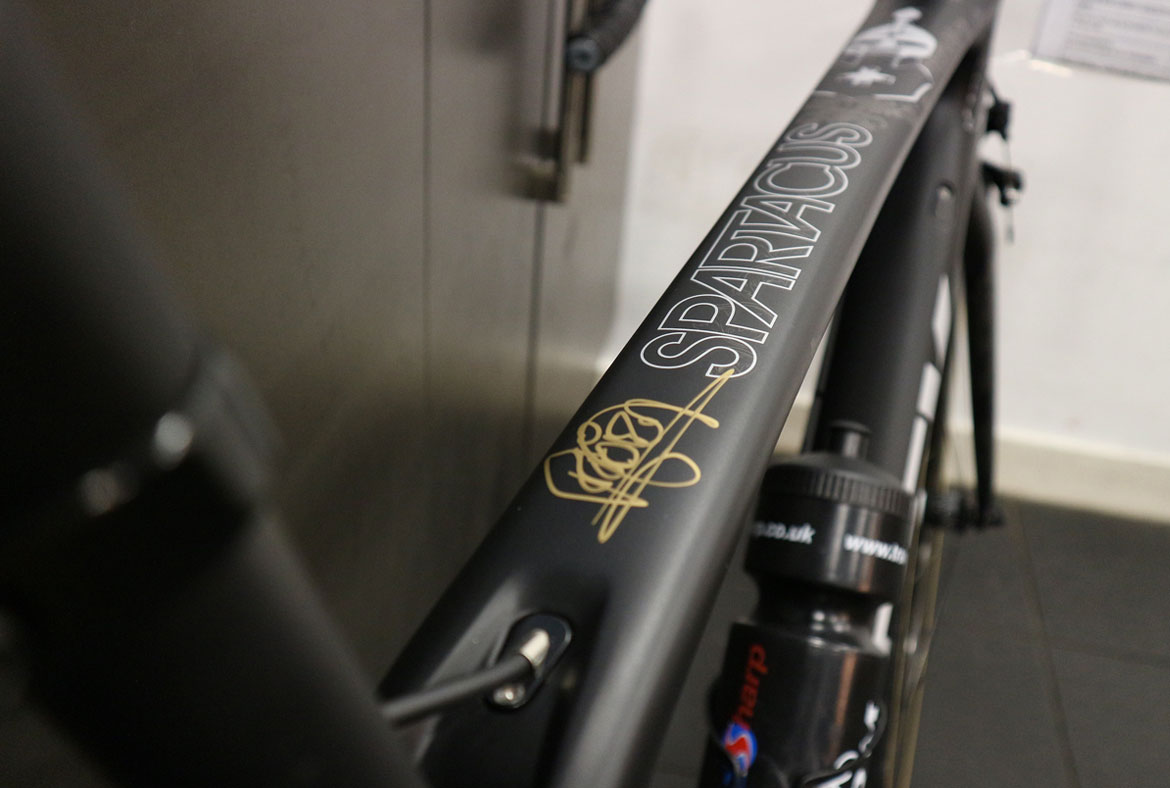 A three time Paris Roubaix winner, Tour de France Yellow Jersey wearer and multiple world champion to name just a few of his accolades, we were very excited to be joined by Spartacus and Gore Bike Wear for a once in a lifetime event. 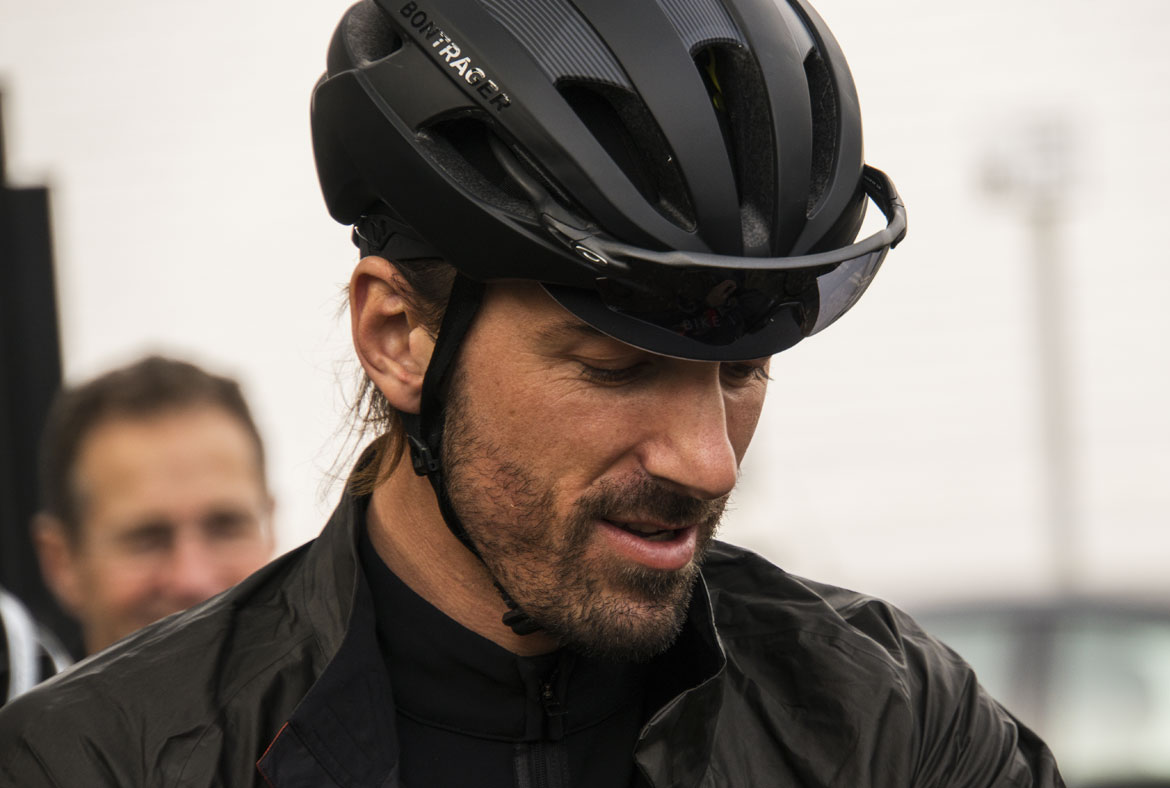 Taking place on 2nd November, we opened the doors and at 9am welcomed our VIP guests into the store. The day began with a light continental buffet breakfast, where guests could mingle with the Gore Bike Wear team, who handed out SHAKEDRY Jackets for the VIPs to wear on the morning’s ride. 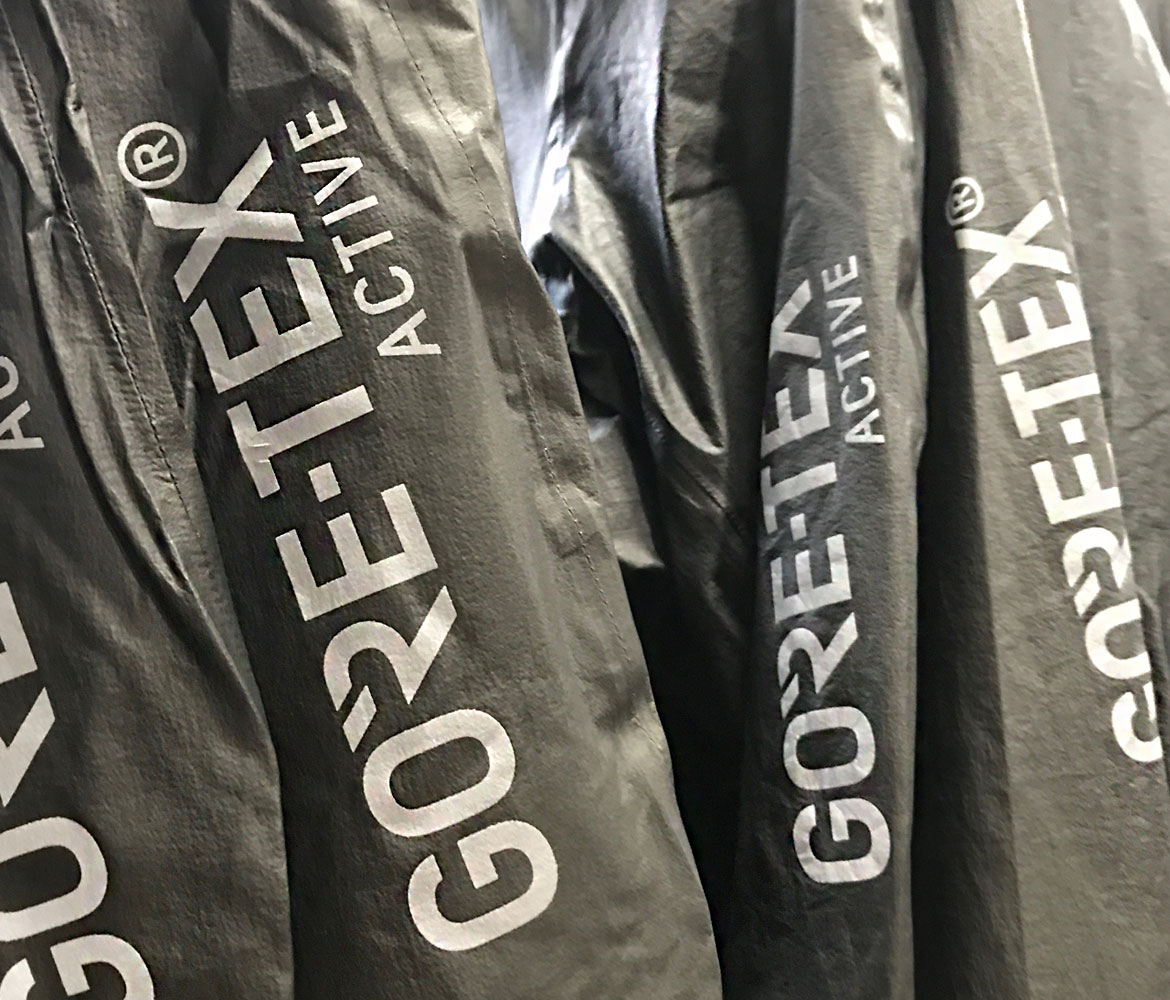 Zipvit were also present, with a range of tasty energy bars, gels, drinks and post-ride recovery bars, which were crammed into jersey pockets, ahead of the start of the 10am ride.

The mood was one of excitement as the man himself arrived at 9:45am. Changing and getting acquainted with the Trek Madone Road Bike we prepared for him, Fabian was introduced to the guests by Sigma Sports Managing Director, Ian Whittingham, who explained how pleased he was to welcome the star into store. 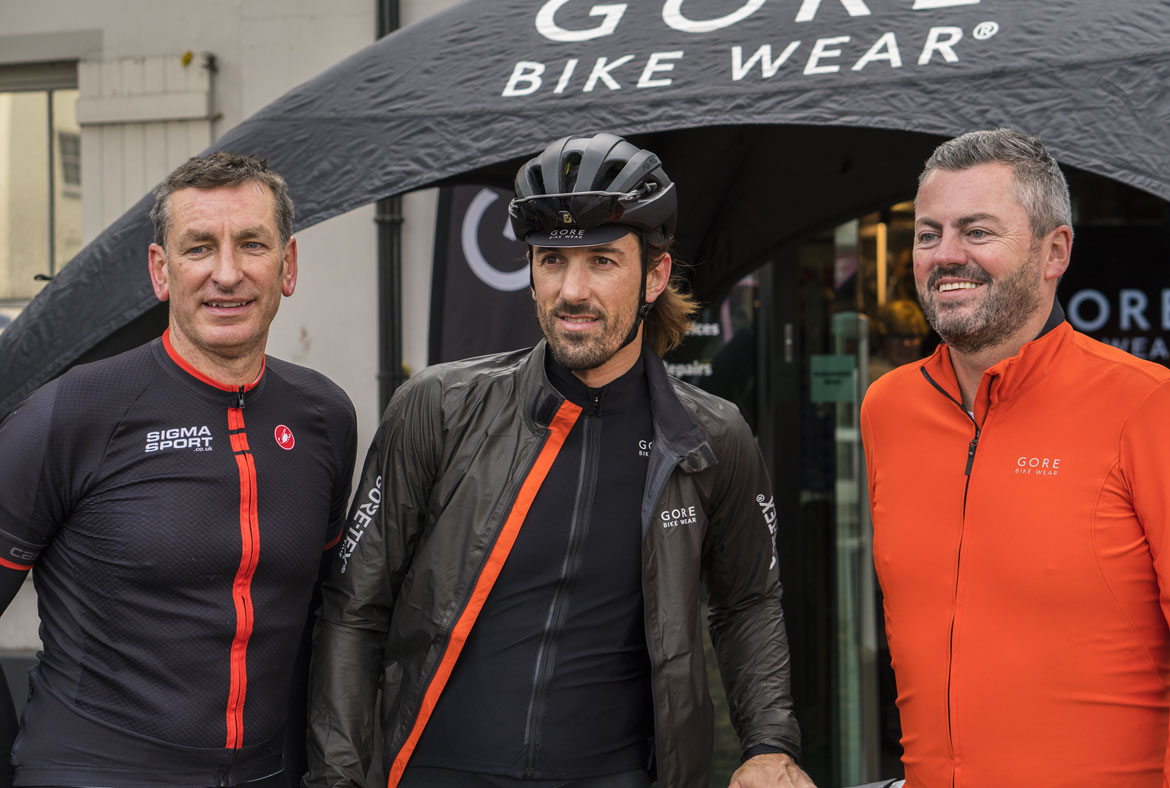 Gore Bike Wear then explained the features and benefits of the SHAKEDRY Jacket the 20 guests would be testing.

Ride briefing complete, Fabian and the guests assembled outside the store, ready to roll out for the 2-hour ride.

The air was cold but the wind was light and spirits were high as the early morning mist lifted and the sun broke through. 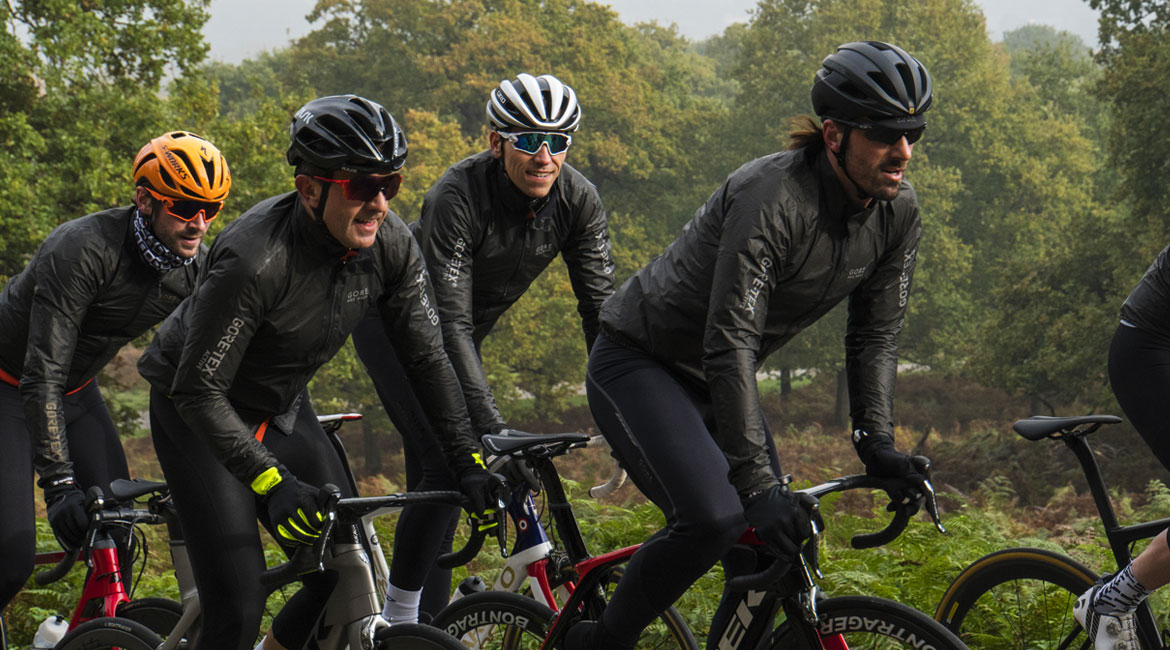 Heading into Kingston upon Thames, the group rode in tight formation to Richmond Park. A hub for cyclists in Surrey, the park also brought back memories for Fabian from his 2012 Olympic campaign, where he, unfortunately, crashed on a right-hand corner in the road race. 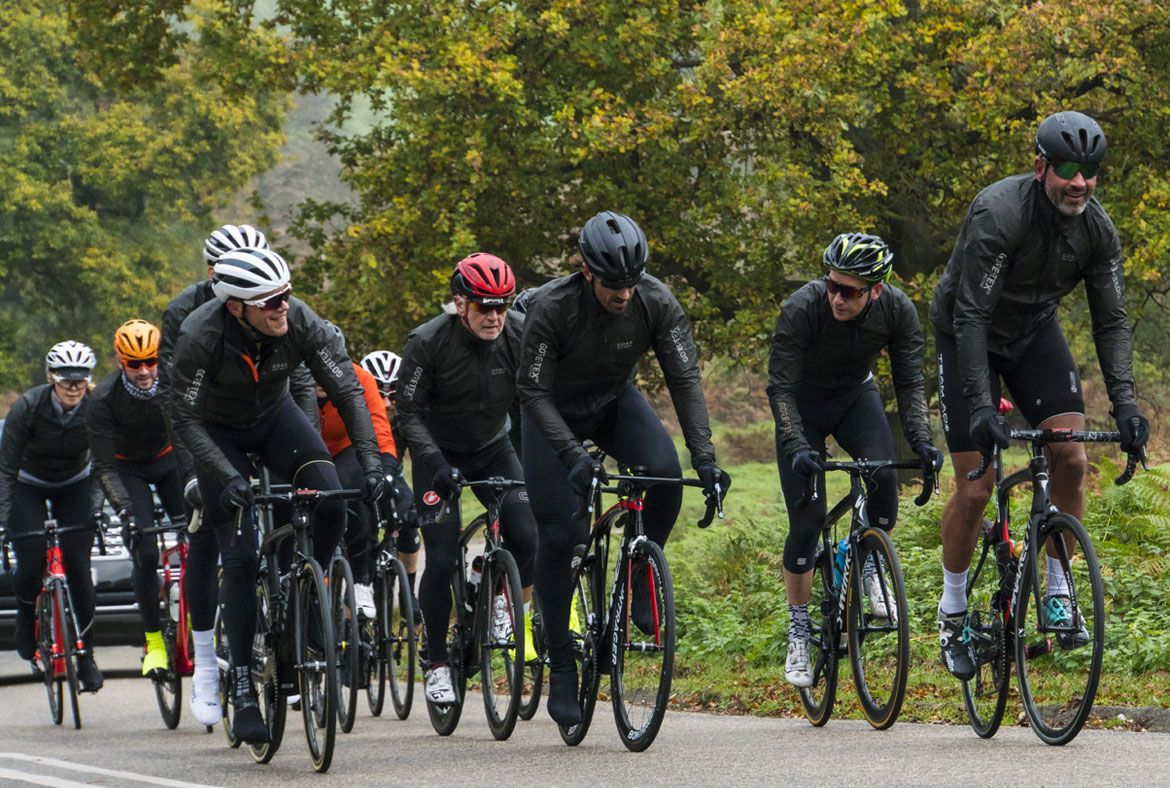 Thankfully everyone involved made it round without incident and were able to chat, ride alongside and quiz one of the most iconic riders of his generation.

After four laps it was time to head back to the store, where the guests and Fabian were able to change before heading over to the Swan Pub for some post ride sustenance.

A fantastic Thai buffet was laid on by the pub, as guests were able to relax, share ride stories and pick up an exclusive, signed copy of his book. 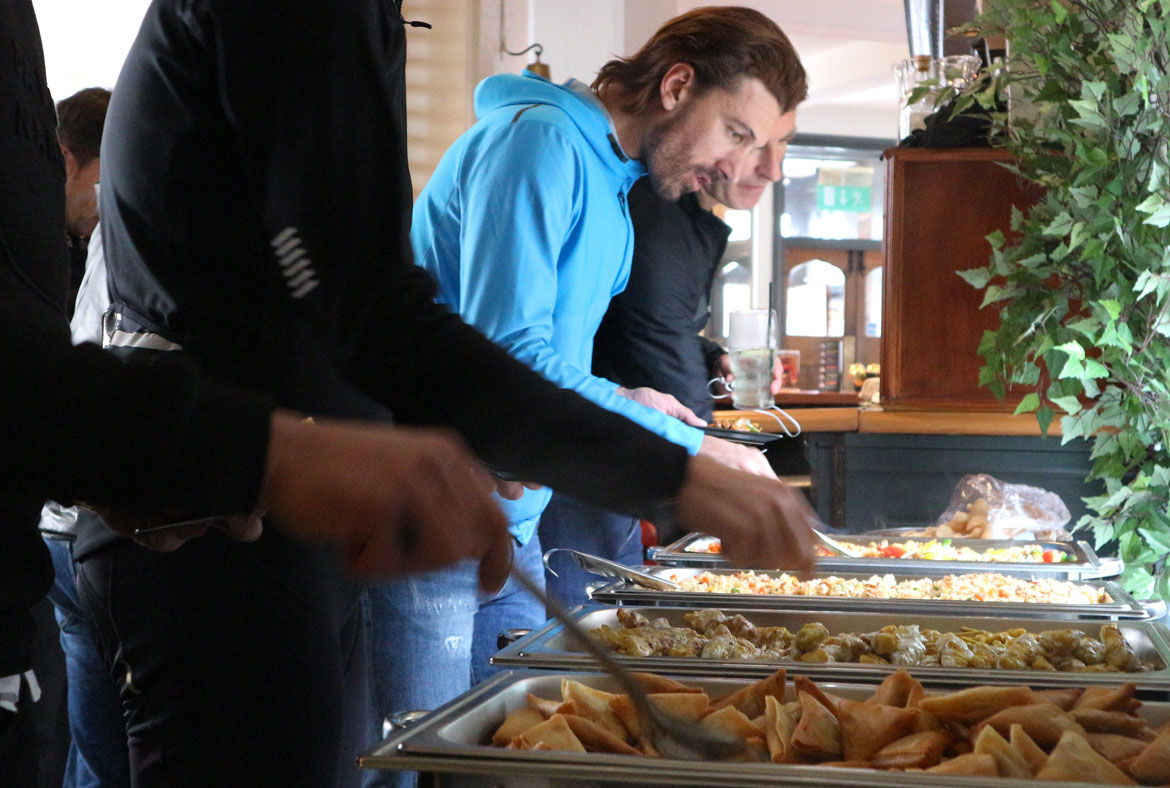 Heading back to the store, we were able to ask Fabian a few questions submitted by our social media followers.

By now, a packed audience of over 200 Spartacus fans had amassed on the store’s first floor for a special Q&A afternoon, hosted by television presenter, Matt Barbet.

Engaging, humorous and honest. Fabian answered questions on subjects ranging from his top training tips to an insight into favourite bikes.

3pm came around all too soon and Matt thanked Fabian and brought a close to what was a day in store we will never forget. 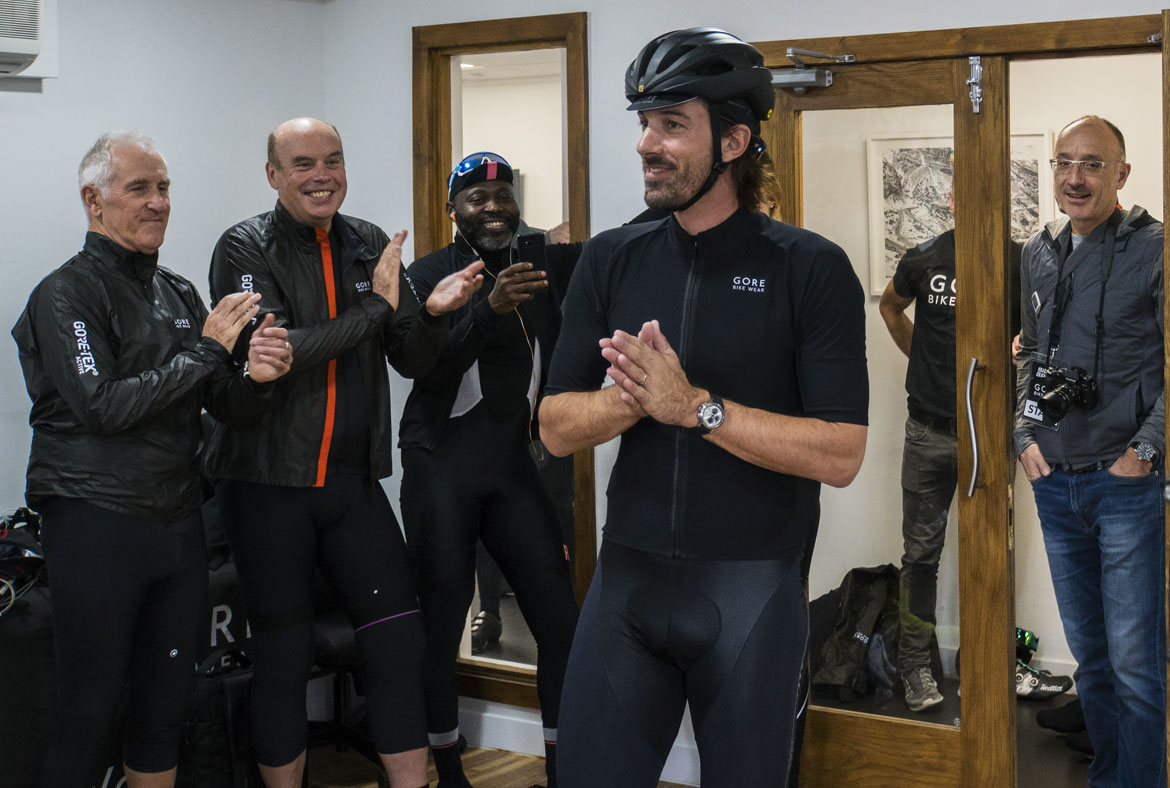