Sportful have a long and illustrious history of working with some of the world’s best cyclists and for 2016 have World Champion, Peter Sagan in the famous rainbow bands.

To celebrate this popular Slovakian’s victory Sportful invited Sigma Sports along to their headquarters in Fonzaso in Italy to meet the champion himself. 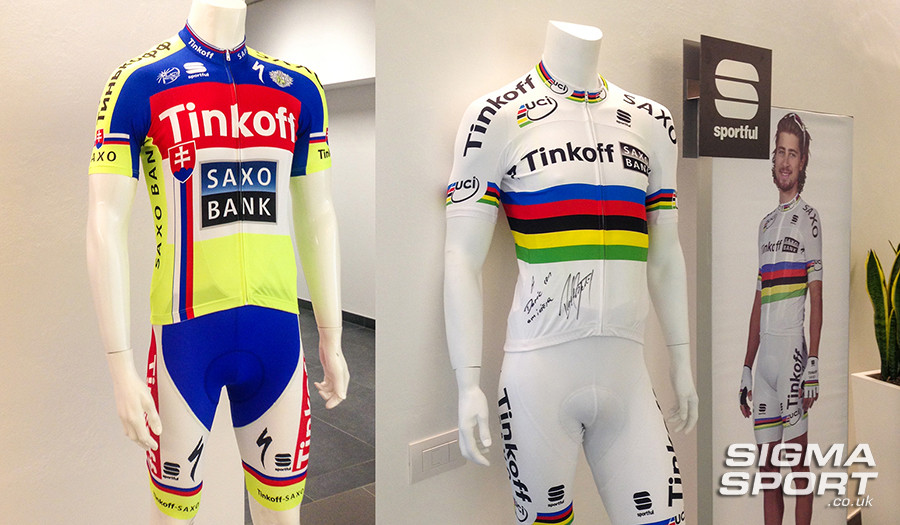 Arriving at the home of Sportful, nestled in the Dolomite mountains, I was welcomed by a group of friendly Sportful employees and led into the headquarters. 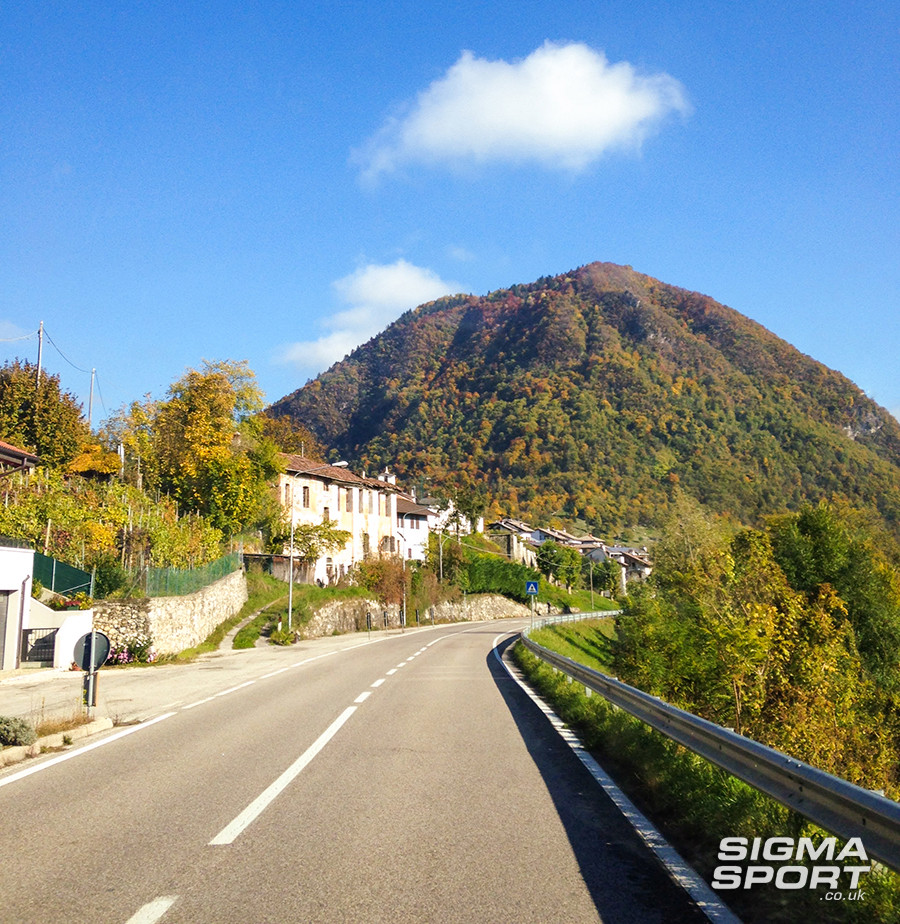 Established over 40 years ago, starting out purely creating ski wear, the Cremonese family soon moved into cycle clothing and began producing kit for some of the sport's biggest names. Walking down the corridors, the numerous World Championship winning jerseys, national kits and images of famous faces that graced the walls made this feel more like a museum than a working factory and office. 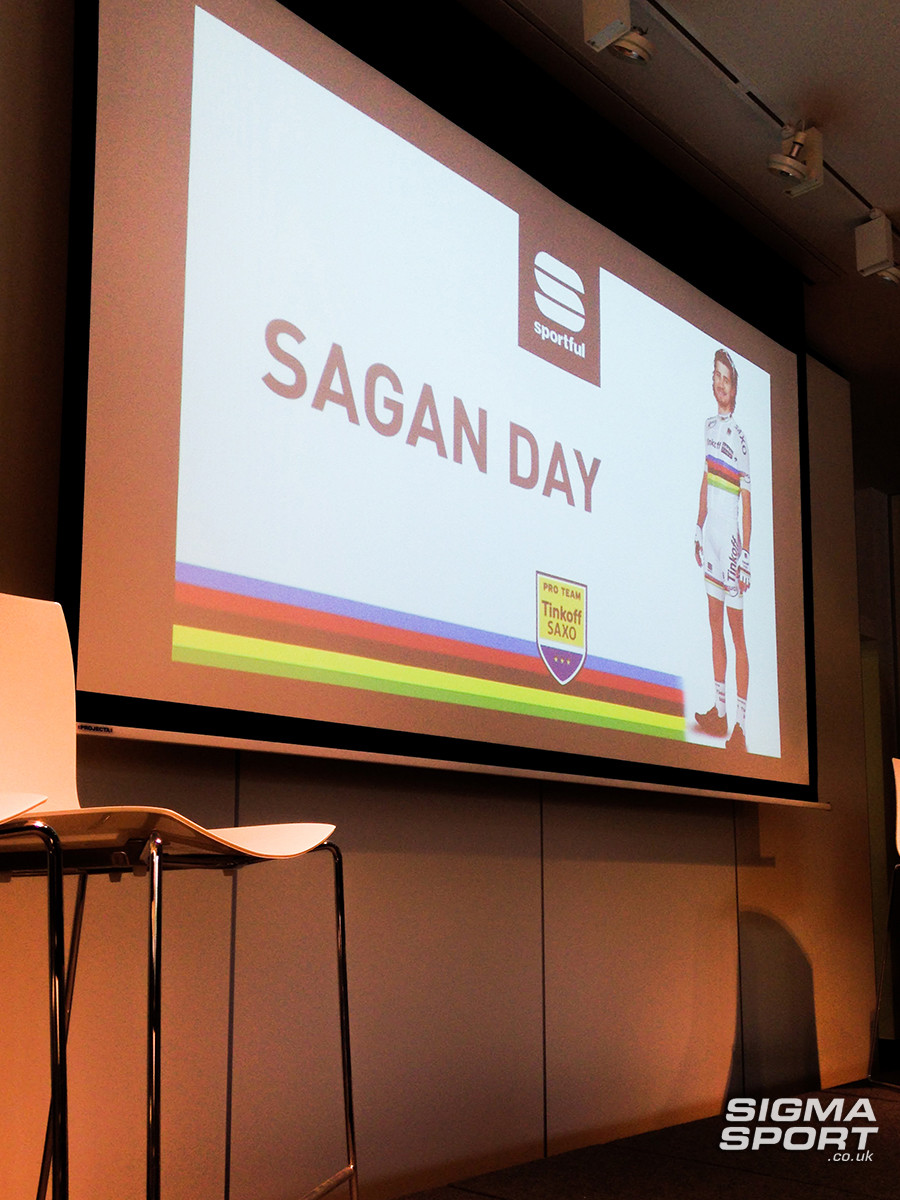 It wasn’t just stars of the past though, trials ace Vittorio Brumotti and winner of multiple World Champion titles, Paolo Bettini, had also just arrived.

Into the large hall where the day's activities were taking place and the first thing that caught my eye was the huge Peter Sagan poster on the wall, Sportful were clearly very proud of their new champion. 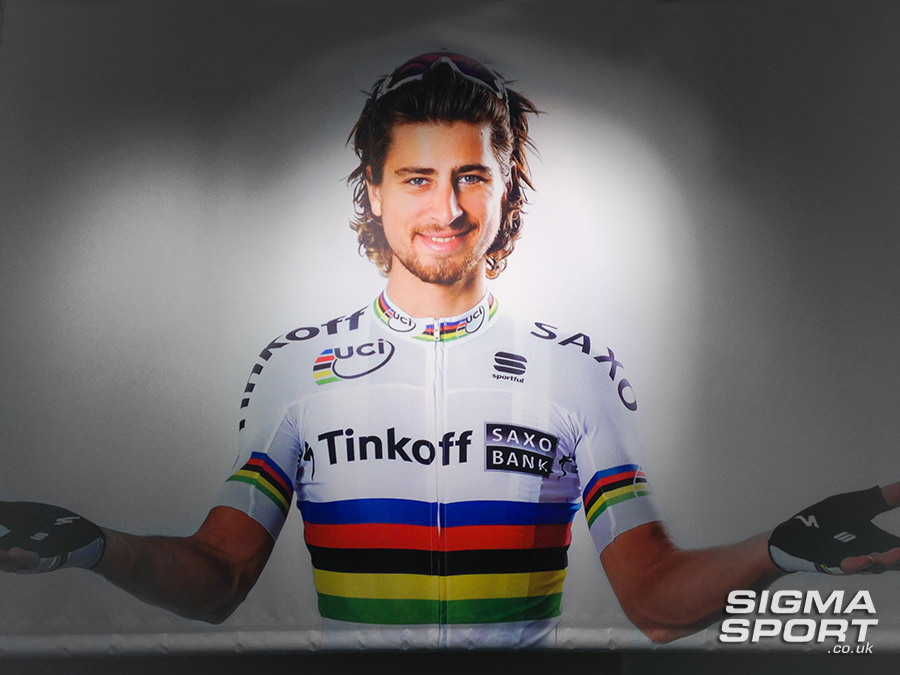 In front of this sat Peter Sagan’s new Specialized S-Works Tarmac. Peter Sagan likes to stand out from the crowd, and Specialized have not held back with the paint scheme of his new machine. 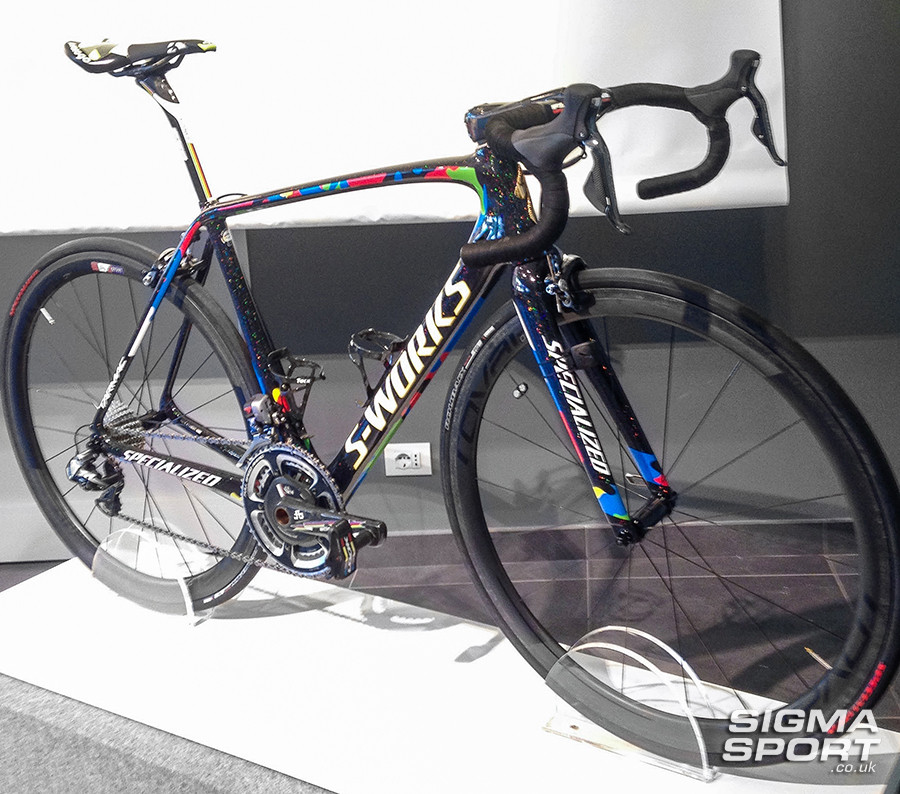 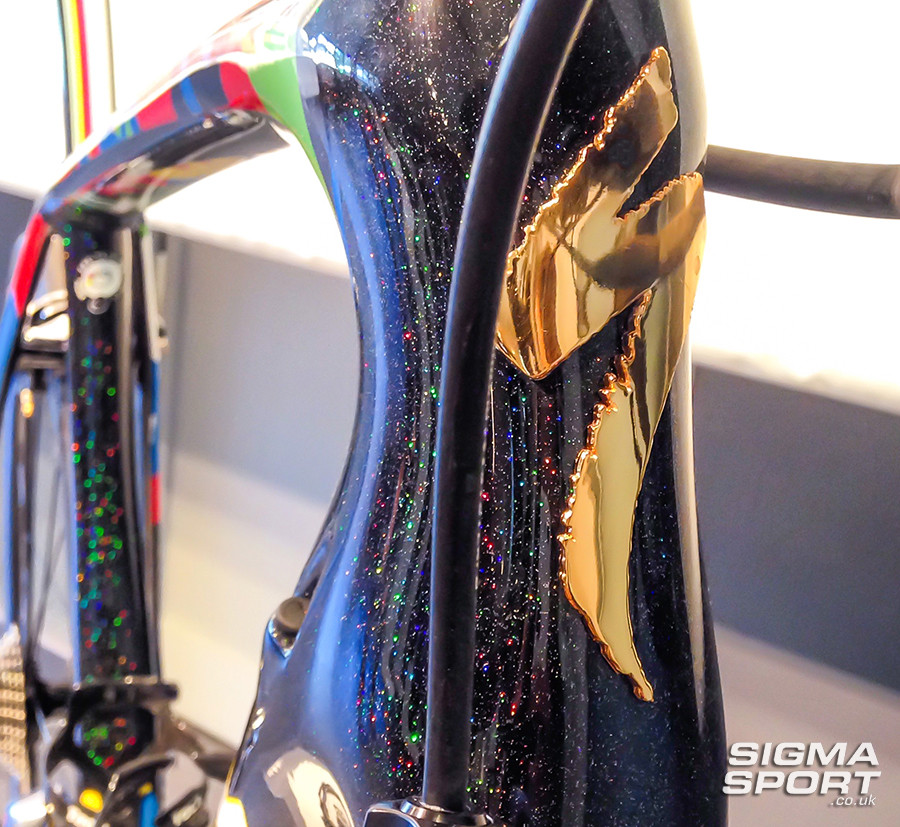 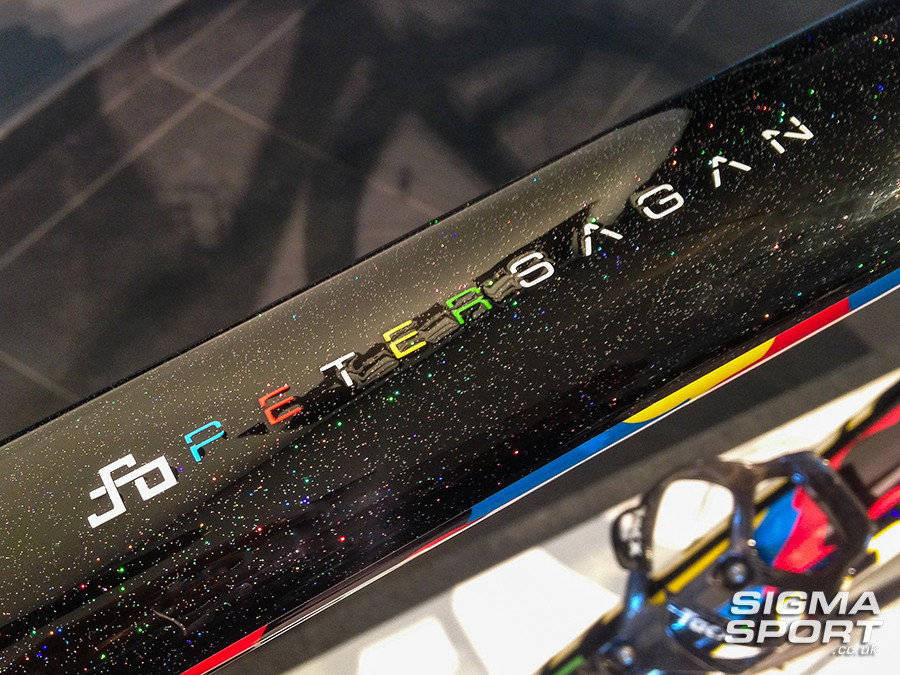 A who's who of Italian cycling, former Motorola professional and now Sportful’s Race Performance Director, Andrea Peron and lead out man for Mario Cipollini, Giovanni Lombardi were next to arrive.

First to be welcomed onto the stage was the Sportful founder Giordano Cremonese and his family. He explained how Sportful has supported multiple World, Olympic and Grand Tour winning riders and teams over the years and how he was proud to have Sagan in the rainbow jersey for 2016. 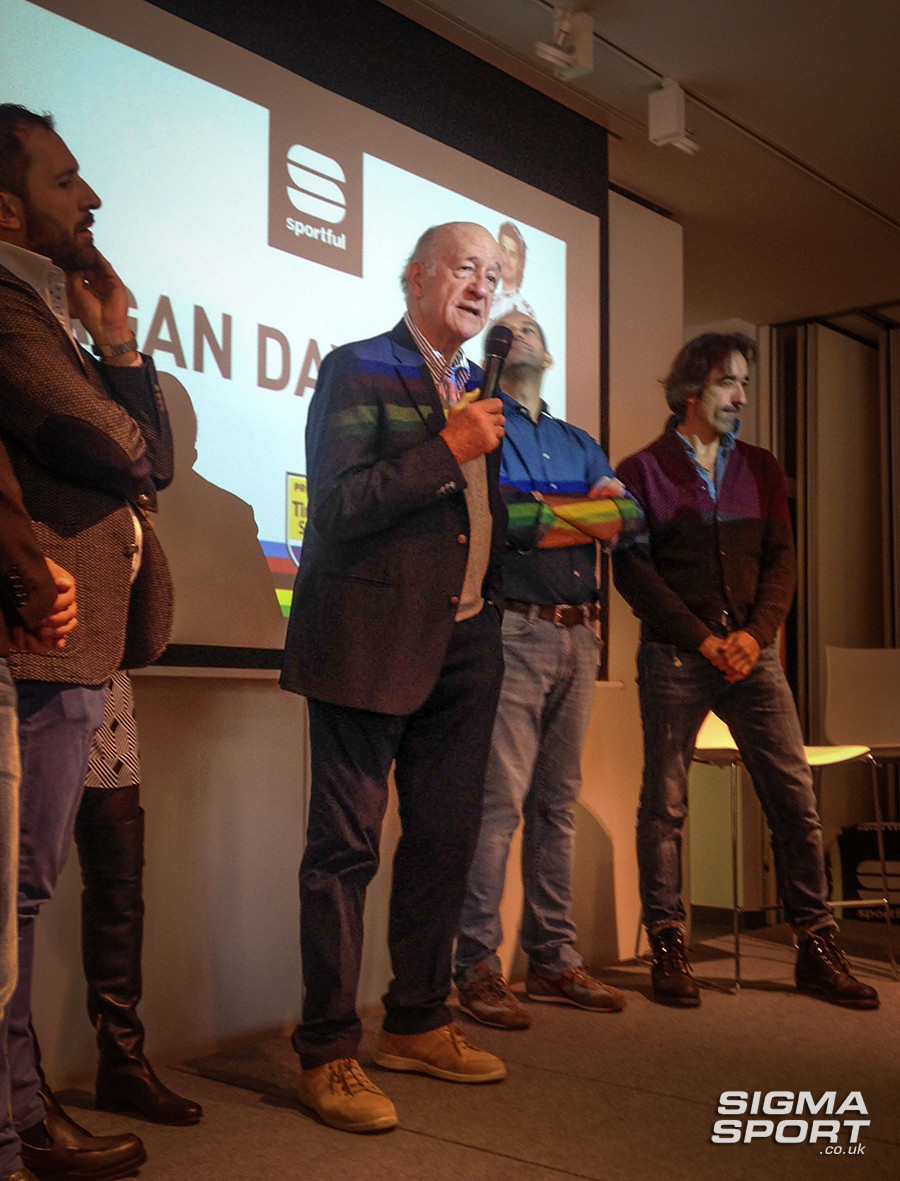 Making a rather unique entrance, Vittorio Brumotti wheelied onto the stage and bunny hopped over the presenter a few times! A true showman, the Milanese rider explained how passionate he was about working and riding with Sportful.

He was followed on stage by Paolo Bettini, Italian national coach and winner of some of the world’s biggest races, including two World titles, an Olympic road race and Liege Bastogne Liege. 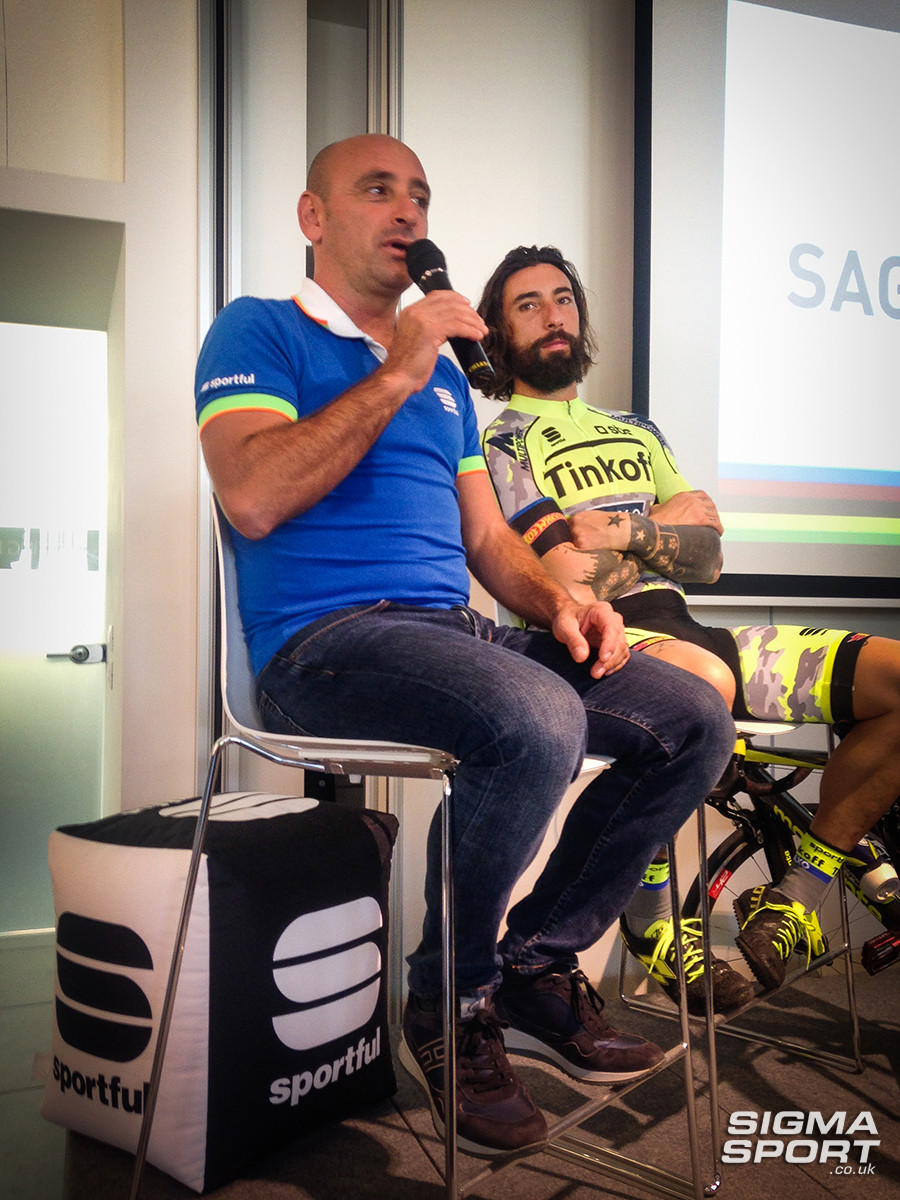 Then came the man everyone was waiting to see, newly crowned World Champion Peter Sagan. Looking relaxed as he walked on to rapturous applause, the young Tinkoff Saxo rider explained what it feels like to be World Champion, how Sportful has supported him throughout his career and what he is looking forward to next season. 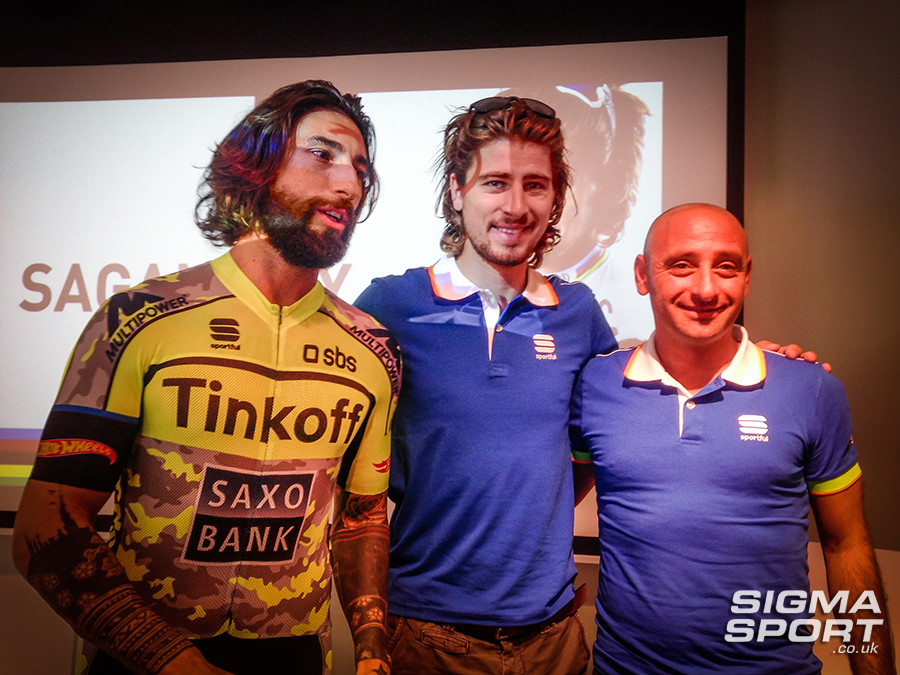 Formalities over with we were taken on a tour of the Sportful factory. Walking past immaculately clean and tidy work stations, reels of cloth and samples, Brumotti wowed the crowds in each room, hopping up and downstairs and on and off tables!

With templates laid out on the workbench, Sagan, with the help of Sportful’s seamstresses, went about producing his own World Champions jersey.

The finished article really was something to behold and Peter was clearly impressed with the design and quality. 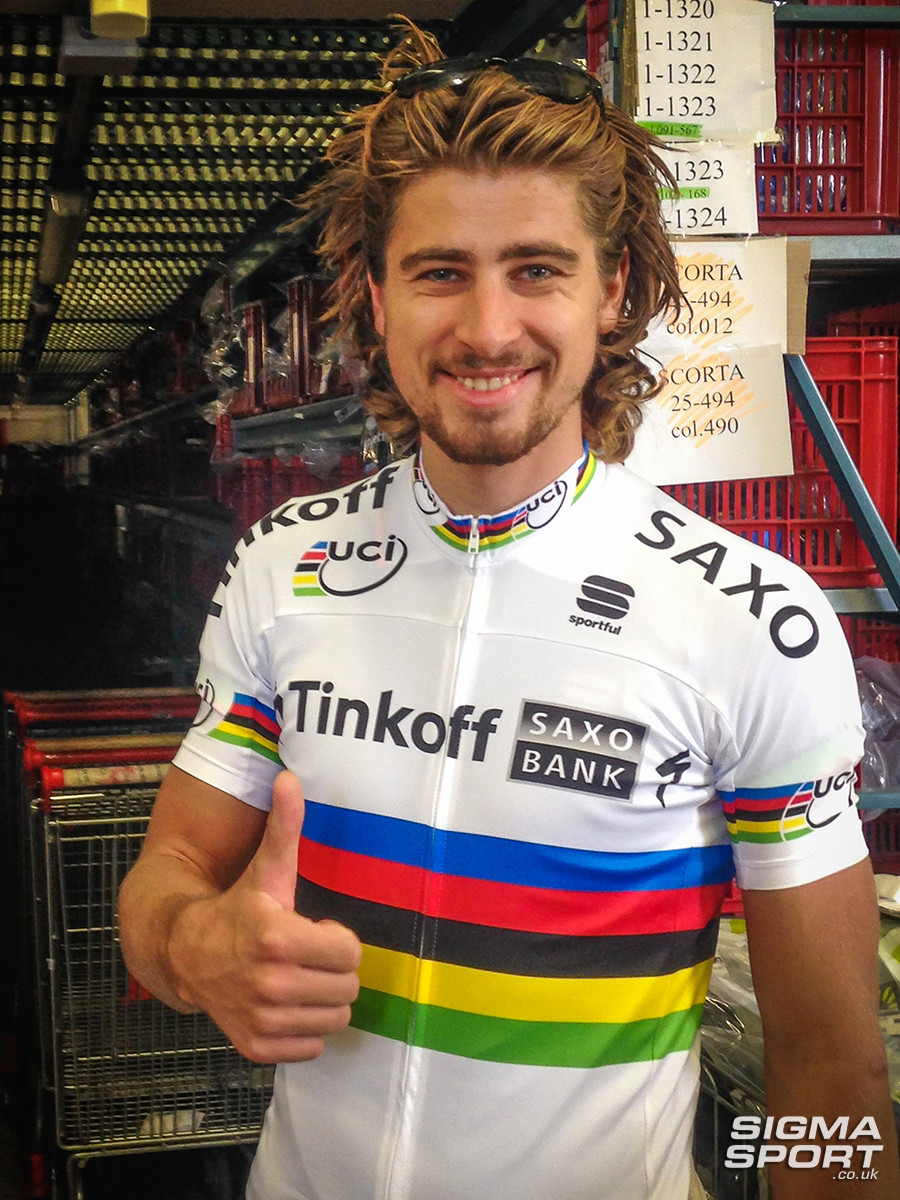 After a few photos with fans and an autograph session, we headed outside, to a specially constructed football pitch. This was no normal game of soccer though as Paolo Bettini soon appeared in goalkeeper gloves and Brumotti rode onto the pitch on his bike.

What came next was a fantastic hour of tricks, wheelies and fun, as Brumotti was joined by Sagan, for a star studded kick around on bikes. 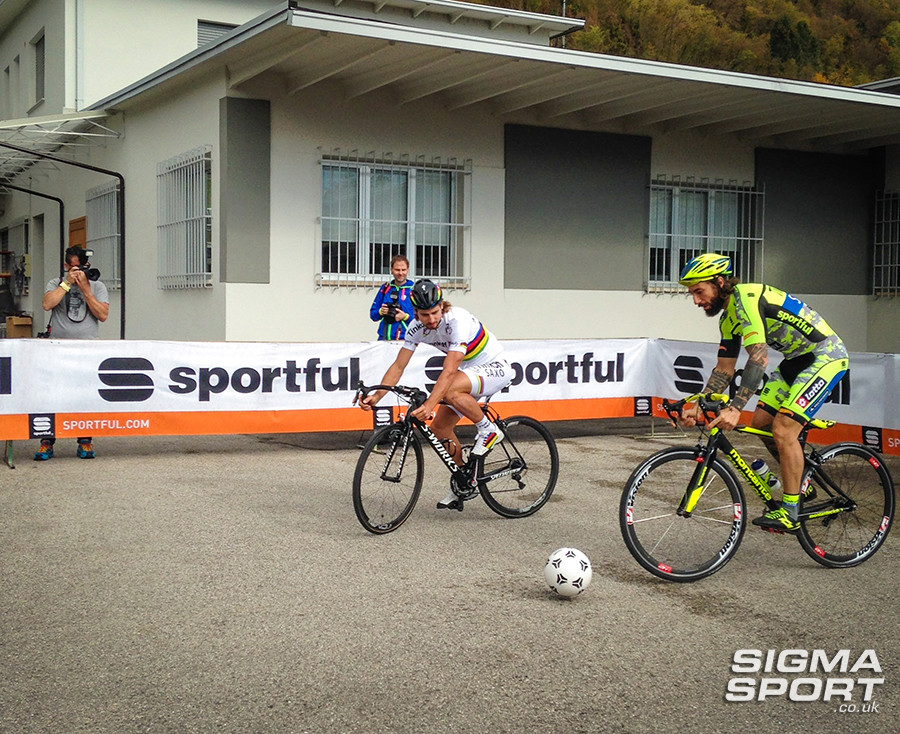 All too soon the event was over and Sagan headed off for interviews. Heading back to the airport I was still buzzing from a fantastic day meeting past and present stars of the sport and seeing the Sportful factory.

Thank you Sportful, this was a day I will never forget! 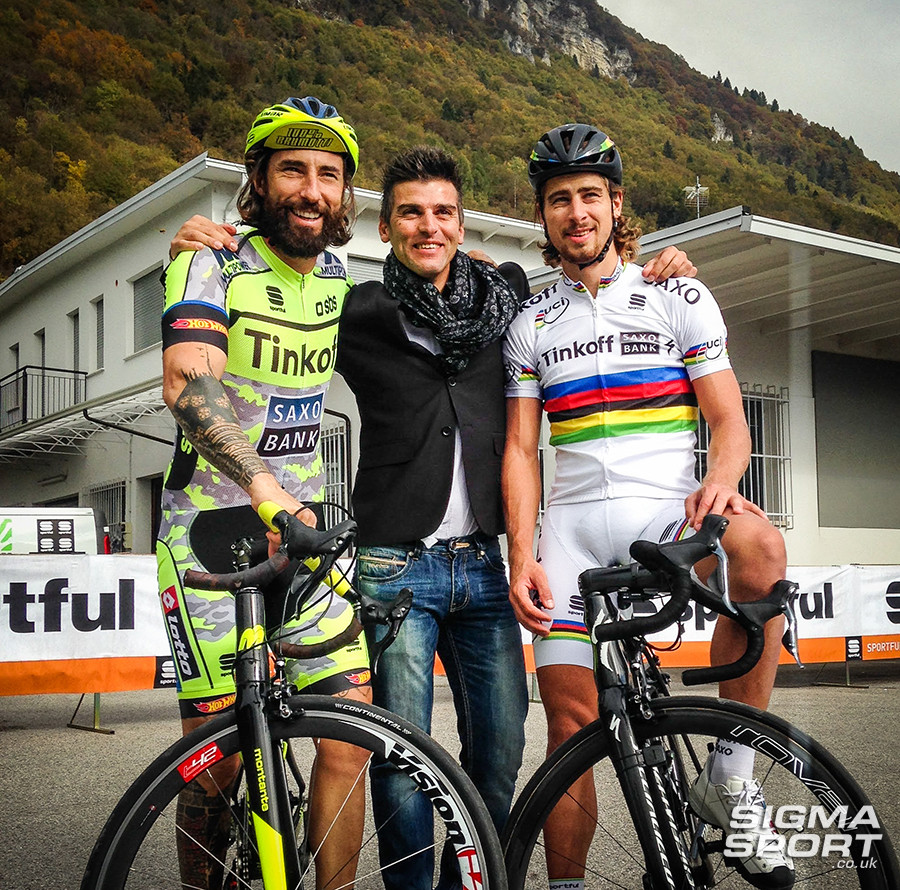