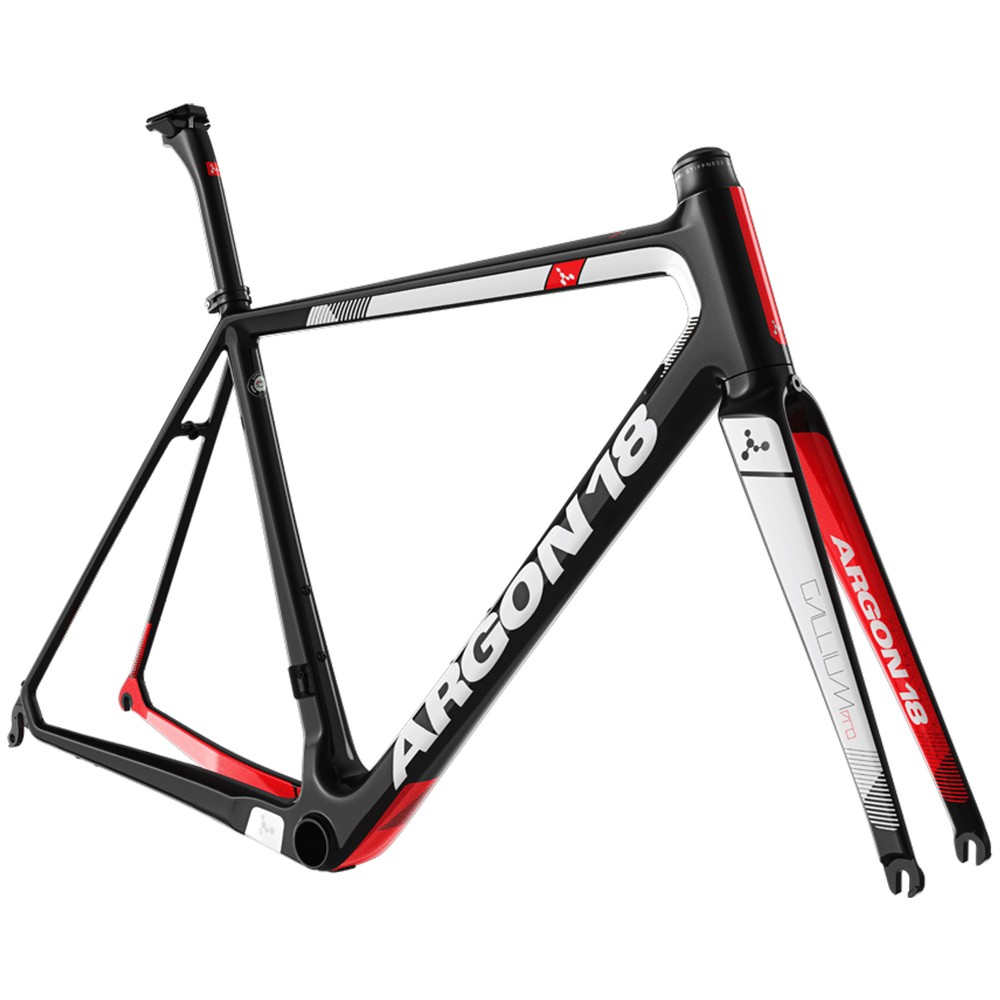 A true thoroughbred and Argon 18's flagship race bike, the Gallium Pro is light and incredibly fast. This carbon frameset is packed with technology and has been engineered with attention to every smallest detail. At just 759 grams, frame only, this is a true climbers bike that is lively and responsive, but there's no compromise on sprinting capability. It uses the HDS (Horizontal Dual System) that uses a different design for the upper and lower portions of the bike; the bottom half prioritises rigidity and the top, comfort. Cables are internally routed for neat aesthetics, and there's clearance for tyres up to 28mm wide, allowing you to achieve an even more comfortable, smoother ride.