Choose another country to see content and pricing specific to your location and shop online. 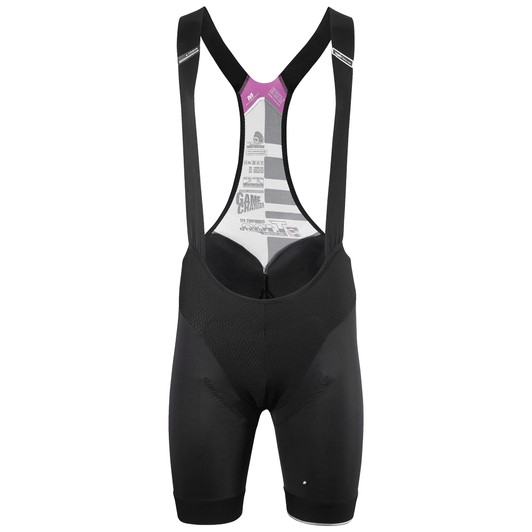 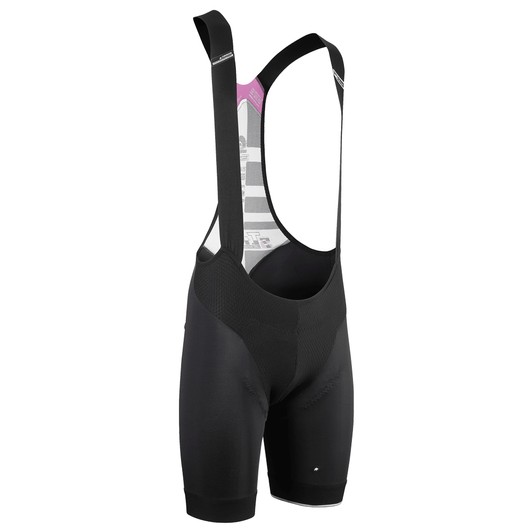 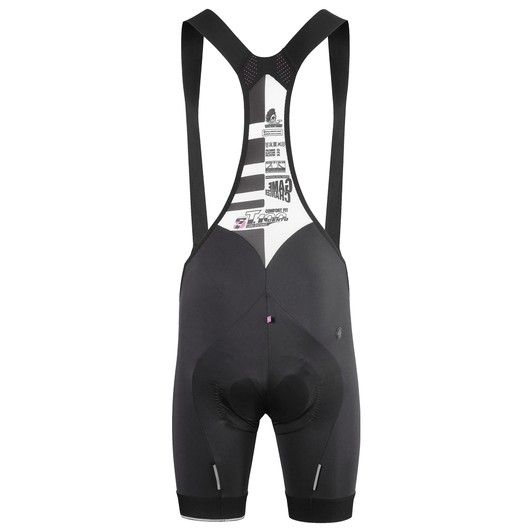 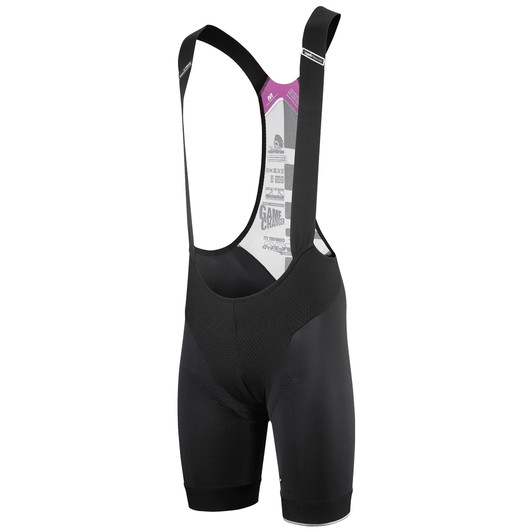 Designed for high performance and supreme long distance comfort, the Assos T Cento S7 is the ultimate bib short for those who want armchair comfort, renowned Swiss design and construction from the leaders in high end cycling apparel.

Only 2 in stock, available for delivery

Reserve now, add to basket, collect from our Esher Collection Point from 4pm on Monday, 27/01/2020

Designed for high performance and supreme long distance comfort, the Assos T Cento S7 is the ultimate bib short for those who want armchair comfort, renowned Swiss design and construction from the leaders in high end cycling apparel.

The Assos T Cento S7 Bib Short took over from the S5 range, which had been the ‘go to’ bib short for years. This is the ‘all day riders short’ in the line-up, designed to be worn by the rider looking for hi-tech design, a supreme fit, unparalleled comfort and less restriction than a pure race short.

How do you improve on the world's ultimate cycling short? This was the question Assos had to address and their apparel engineers and Werksmannschaft test team set to work to deliver a game-changing option which offers lower weight, less pressure on the body, less friction, more freedom of movement and improved aerodynamics.

A higher level of spandex used gives an impressive level of return stretch, this, in turn, minimises muscle fatigue as road vibration is soaked up with the supportive, seamless panelling.

The Assos team used the 2012 London Olympics to develop the fastest aero suit on the planet, the Fenomento. Many of the technologies created for this garment are now found in the T Cento S7 short.

Featuring Assos' new 'Goldengate' seat pad, this bib short sits at the top of the range in terms of comfort. Traditionally, the chamois was fixed to the shorts around its entire perimeter. The stitching that holds the S7's insert in place is interrupted between the legs allowing for greater freedom, reduced friction and overall improved riding comfort.

OdourControl technology keeps unwanted odours at bay and AbrasionProtec has been refined and improved from the S5 version, providing smooth, in the saddle comfort.

Anatomical side panels reduce chafing and build up of heat, keeping you cooler, especially important on hot, summer rides.

Comfort is further provided with memory foam padding, returning the pad to its original shape when changing position on the saddle. This pad also houses the unique KuKuPenthouse system; an additional comfort feature designed to cradle the male anatomy preventing numbness and tingling sensations.

The patented Assos Waffle system has also been further developed since the S5, using perforated foam that is lighter and more breathable than ever before. The Waffle is moisture wicking and ultimately more hygienic. A rearTerminal element has been placed on the back of the short, reducing seams and improving comfort.

With the T Cento S7, Assos comfortFit has been incorporated for a less restrictive fit, yet maintaining the same leg length and circumference found on the T.equipe bib short.

Finally, an iceColor treatment has been used on the fabric to prevent heat build-up and regulate body temperature, allowing sustained high performance.

Apply for 0% interest for 4-months on all purchases of £99 or more. Simply select the PayPal Credit button in the basket. For full details, click here.

Requesting the size guide for this item.

Write a review to be in with a chance of winning a £50 Sigma Sports eGift Voucher. Learn more

Please alert me via email when this product is back in stock.

Please fill in some details below to request your price match.

You would like to price match the following item:

Where have you seen it cheaper?

Please provide the direct URL to the same item of where you have seen it cheaper.

We will verify your price match via email with instructions on how to proceed.

How do I complete my order?

You will be given the option to pay by finance as part of the checkout process. The exact finance options offered may vary depending on the other items in your basket.

Before choosing finance please read our full Terms and Conditions.

You Are Now Signed In

Thanks for joining Sigma Sports. You're now signed in to your account.

Sign up now and receive £5 off your first order. *