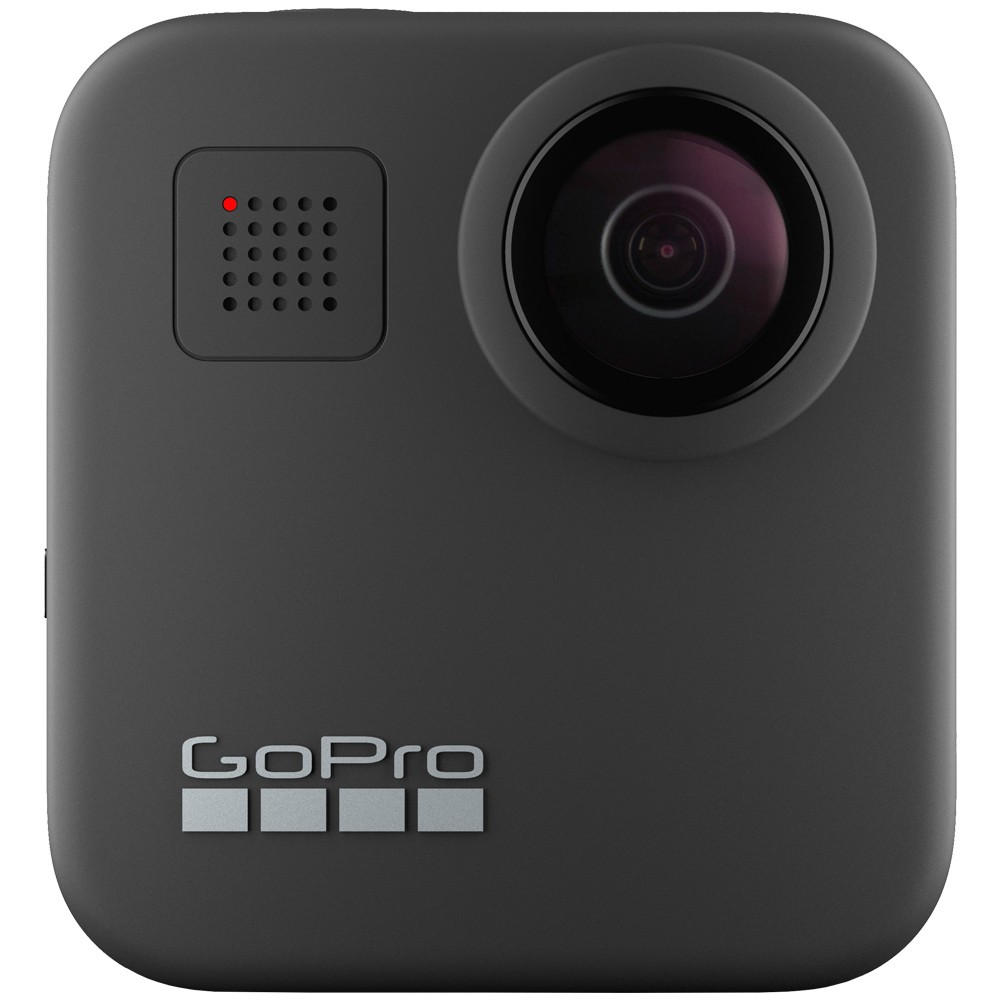 GoPro’s MAX 360 Action Camera is the perfect way to record and remember special moments, exciting adventures and experiences. The waterproof camera can take 360° photos and video, HERO shots and one-click PowerPanos so never a moment is lost. The Max HyperSmooth mode gives cinema-style shots with incredible image stabilisation for a smooth look, and the six microphones give fantastic stereo sound recording or can be used as a directional microphone whichever lens is being used for vlogging style recording. HERO mode has horizon levelling technology, so no matter the action, the shot always stays correctly oriented.

Operation is by an intuitive touch screen so its simple to switch modes, or by voice command, with 13 commands being recognised. Recordings can be automatically backed-up to the cloud for safe storage, or video can be live-streamed at 1080p for the ultimate in immediacy, and 360° footage can be quickly edited in the GoPro app. Information on location, altitude and speed can be added to shots and videos thanks to the GPS in the camera.