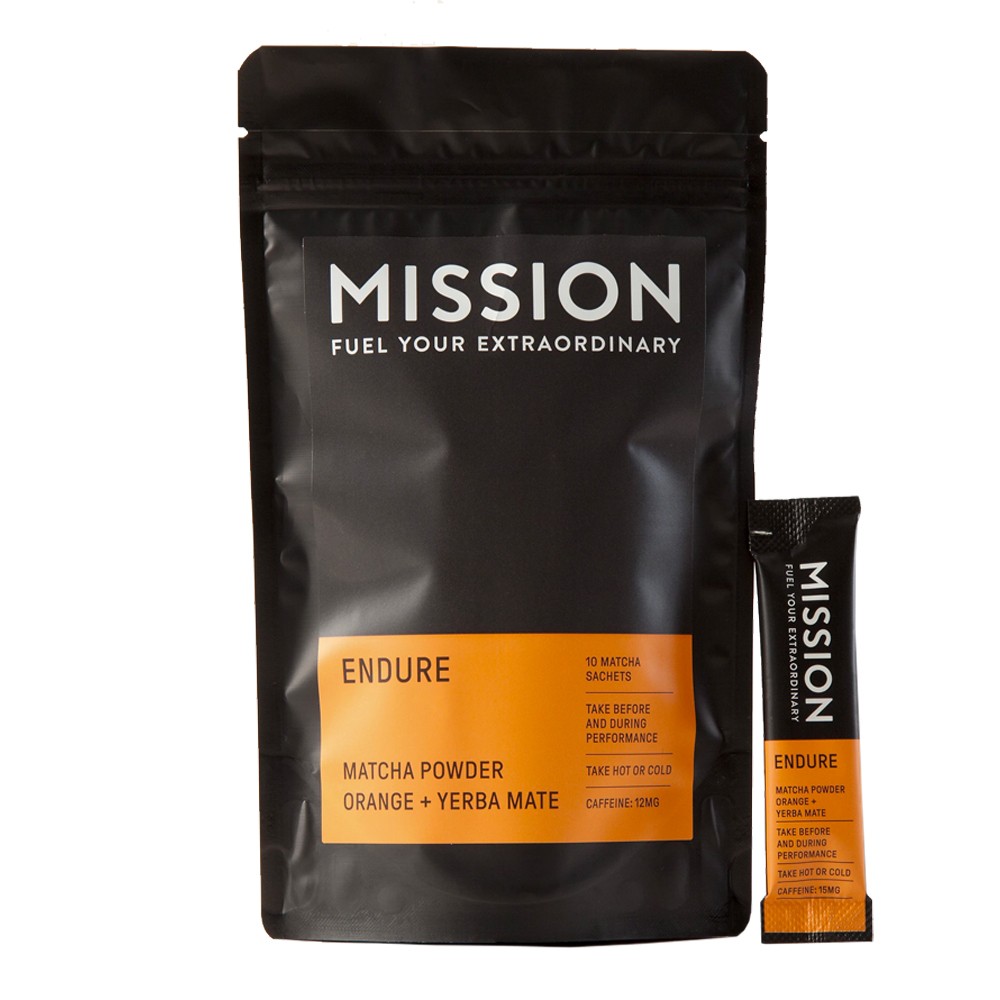 The endurance-enhancing mix of the Mission Endure Tea is completely natural, low in caffeine, and sugar, dairy and gluten-free. 10 matcha sticks are supplied that can consumed hot or cold pre-workout, or cold during a session. The powder blend contains 12mg of caffeine from Ceremonial Grade Japanese Matcha Green Tea, a form that releases slowly and consistently, and it's combined with Yerba Mate to increase cardiovascular oxygenation for sustained performance. Maca and Baobab fight the onset of fatigue, Siberian ginseng boosts energy and improves cognition, while pea protein provides a small dose of low fat protein. This plant-based tea is suitable for vegans.