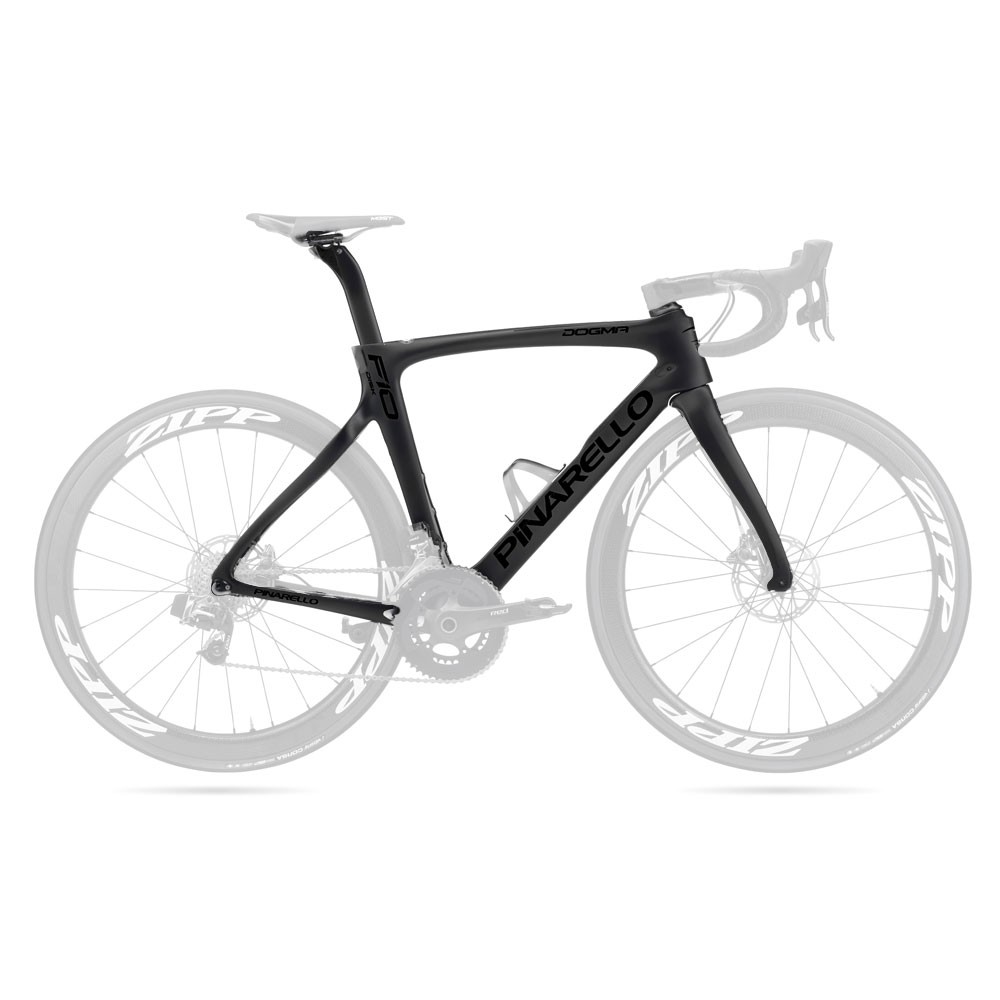 Dominate the roads with Pinarello's F10 Disc Road Frameset. Presenting unrivalled and consistent evolution Pinarello has optimised their incredibly lightweight F10 frame to accommodate the strength and reliability of disc brake systems. Not too dissimilar from its predecessors, the F10 Disc inherits superior handling but with improved aerodynamics and stiffness.

First thing first, the featured Onda fork has been redesigned and reinforced to accommodate for disc brakes and a 12mm thru-axle. Providing additional stiffness, the strengthened fork, combined with the 12mm thru-axles found on the front and rear, reduces flex within the frame, meaning greater power transfer and improved stopping power.

With further optimisation for reduced air drag, the Onda fork has been constructed with ForkFlaps, boasted to reduce drag by 10%. This attention to detail provides the ability to orderly direct aerodynamic flows created around the wheel. Perfect for high-speed precision manoeuvres.

Inheriting the same frame geometry as it's non-disc sibling, the F10 Disc utilises the same concave downtube as the record breaking Bolide, boasting improved aerodynamics by 20%. Twinned with the Flatback design, which is a feature on the F8, this ultra light frame delivers reduced air drag around the water bottle by 12.6%, and improved lateral stiffness for an incredibly compliant all round frame.

Powerfully sleek is one way to describe F10 Disc, and with the E-Link system, this frame proves to be exactly that. The E-Link system creates a connection between the frame and electronic gearing, with a flash design that doesn't hinder the aerodynamics of the frame. The Di2 compatible E-Link seamlessly fits inside the downtube, enabling easy access to cables or batteries, an extra bonus of practicality and aesthetic design to this already superior frame.