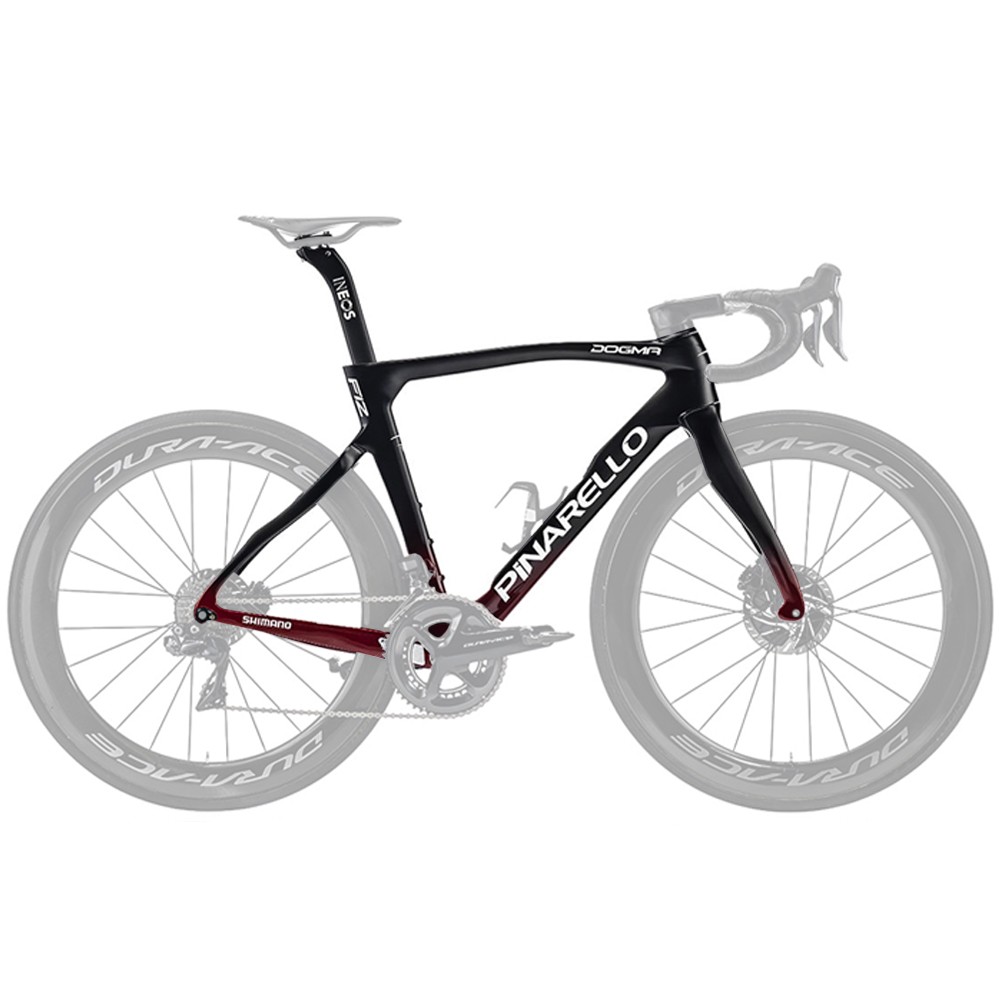 Stiffer and more aerodynamic than its predecessor the Dogma F10, the Pinarello Dogma F12 Road Frameset is the ultimate choice for building up your dream race machine. Reduced drag equals faster performances and, ultimately, will get you closer to those podium finishes. The Dogma F12 looks the part too, with clean lines and fully internal cable routing.

Improving on the F10 - a race-proven machine with numerous wins to its name - was a tough ask. In the Dogma F12 Road Frameset, Pinarello has kept everything that was great and made some important changes to further improve stiffness and cut drag. Tested in the wind tunnel and proven in the real world, an 8 watt saving at 40km/hour over 1km compared to the F10 equals a one second gain. Over longer distances, this could easily be the difference between the top step and missing out on that podium position.

All cables except the brake inners are now fully hidden when the Talon Ultra handlebar (purchased separately) is fitted, for not only clean aesthetics but also an incredible 85% reduction in cable drag. The new frame and fork shapes result in a 7.3% drag reduction and 10% increased stiffness at the bottom bracket. The result? More of your power is transferred, but Pinarello has managed to keep the frame exactly the same weight so there are no compromises. Designed for direct mount brakes, stopping power is improved, inspiring confidence so you can focus fully on reaching those top speeds.

Please note, this is the rim brake version of the Pinarello Dogma F12 Frameset and is compatible with direct mount caliper brakes only. Images are for representation of colourway only.