It’s that time of the year again when France comes out on mass to cheer on the best riders in the world at the biggest sporting event on the planet. As bike races go it does not get any bigger than this three-week tour de force. Starting in July each year, France’s national tour has seen some of the sport’s biggest names battle it out on the world’s biggest stage.

First run back in 1903, the race was born from a rivalry between two sporting publications, Le Velo and L’Auto. L’Auto was created after a disagreement over the Dreyfus Affair, where a French army officer, Alfred Dreyfus, was convicted, although subsequently exonerated of selling military secrets to the Germans in the 19th century. L’Auto appointed Henri Desgrange as the editor, who was a keen cyclist and co-owner of the Parc des Princes Velodrome. After poor sales of the newspaper, in 1902, L’Auto’s chief cycling journalist, Geo Lefevre, suggested a six-day cycling race around France. Seeing the potential this race would have to boost sales of the flagging newspaper, Desgrange agreed to fund the race, with the first Tour de France being launched on 19th January 1903. 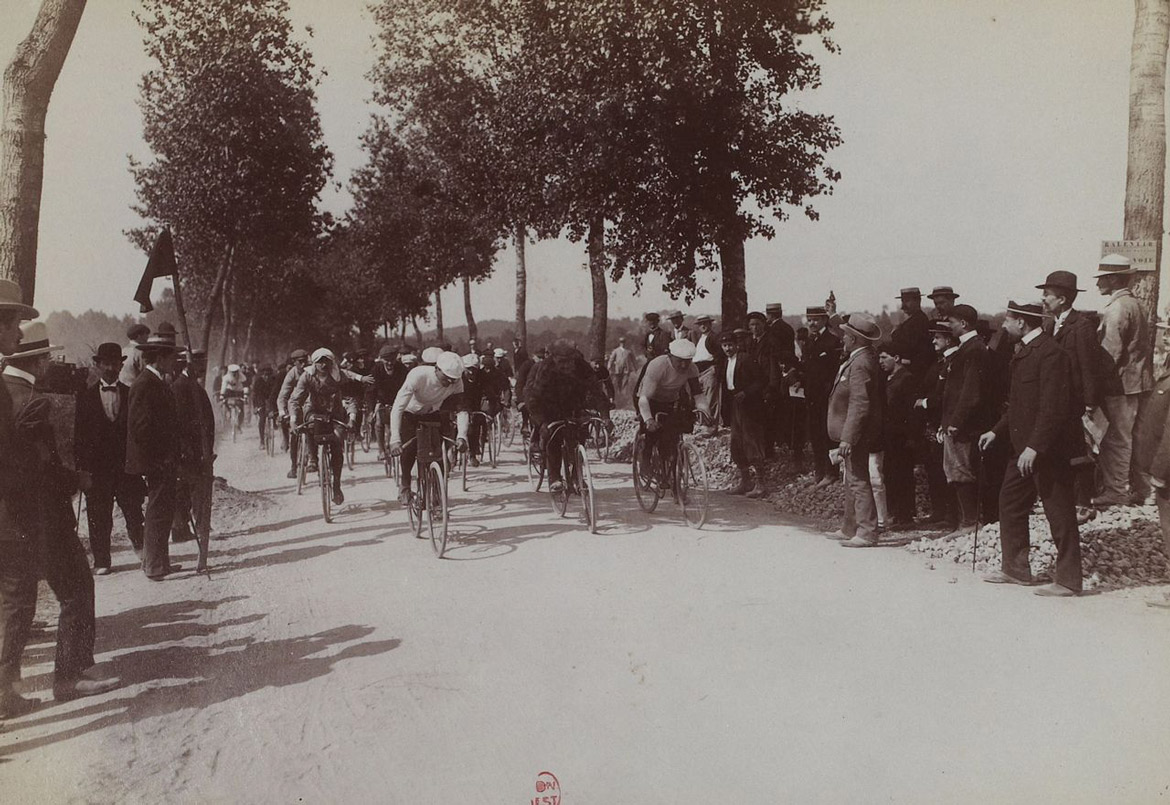 The first edition of the race took place between 1st and 19th July, covered 19 stages and had a first prize of 12,000 francs. The winner that year was Maurice Garin, an Italian-born Frenchman, who dominated the race, winning two stages and finished with an average speed of 25.68km/h. This immense performance was slightly overshadowed in 1904 when Garin was stripped of the 1904 Tour de France title after he was found cheating. Since the early days the race has been run annually, only taking a brief break through the two world wars. 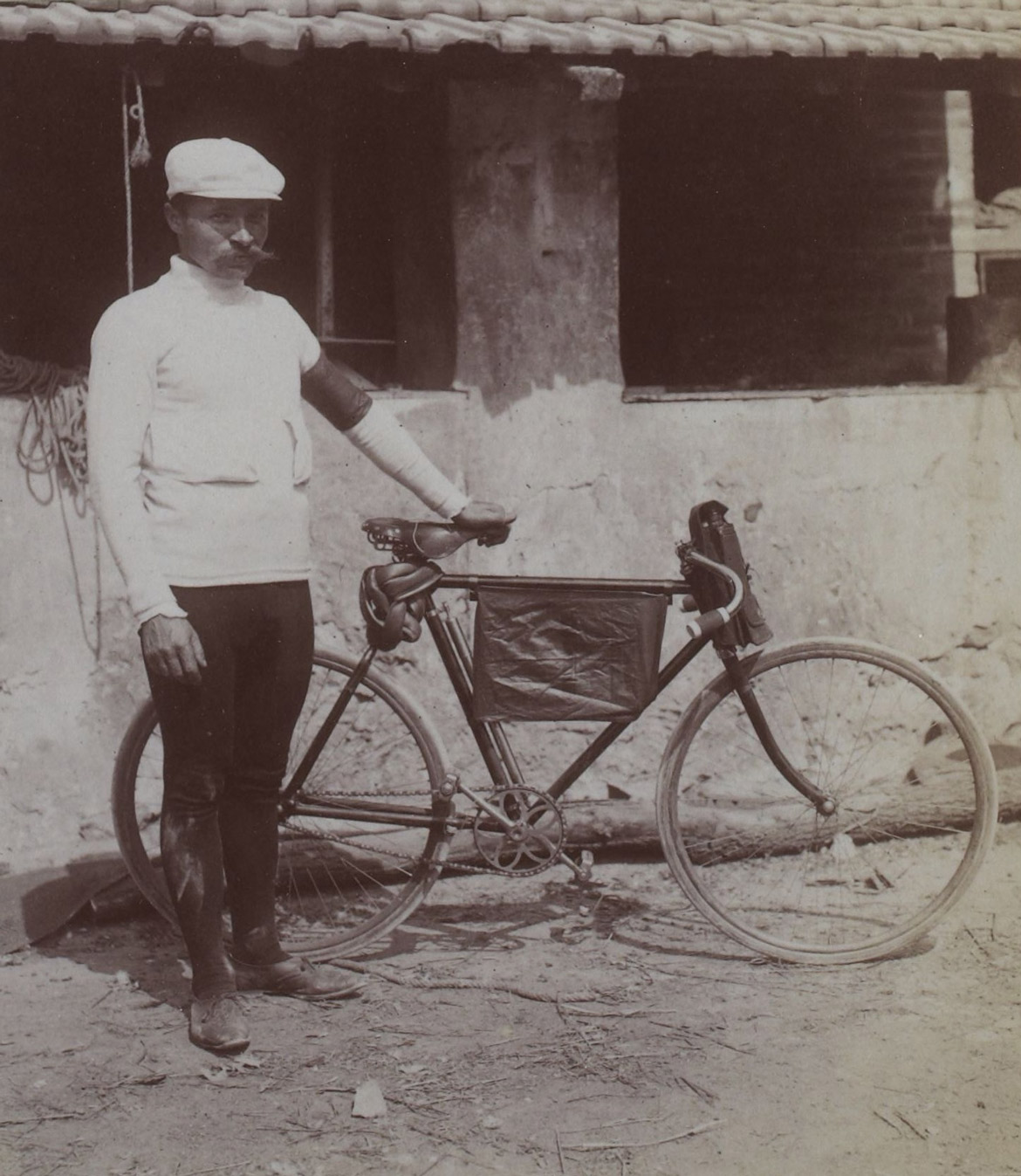 Post-war and the race has grown from strength to strength, with the 2017 edition covering 3521 kilometres, over 21 stages and 10 new sites and stage cities. Now organised by ASO (Amaury Sport Organisation) the Tour de France is one of three grand tours and is regarded by many to be the most prestigious.

2017 will be the 104th edition of the race, which starts in the German town of Dusseldorf, and will see the peloton tackle a fast and testing 13-kilometre individual time trial. From there, race director, Christian Prudhomme sends the riders into Belgium for a lumpy 202 kilometres to Longwy, where it begins its French conquest. 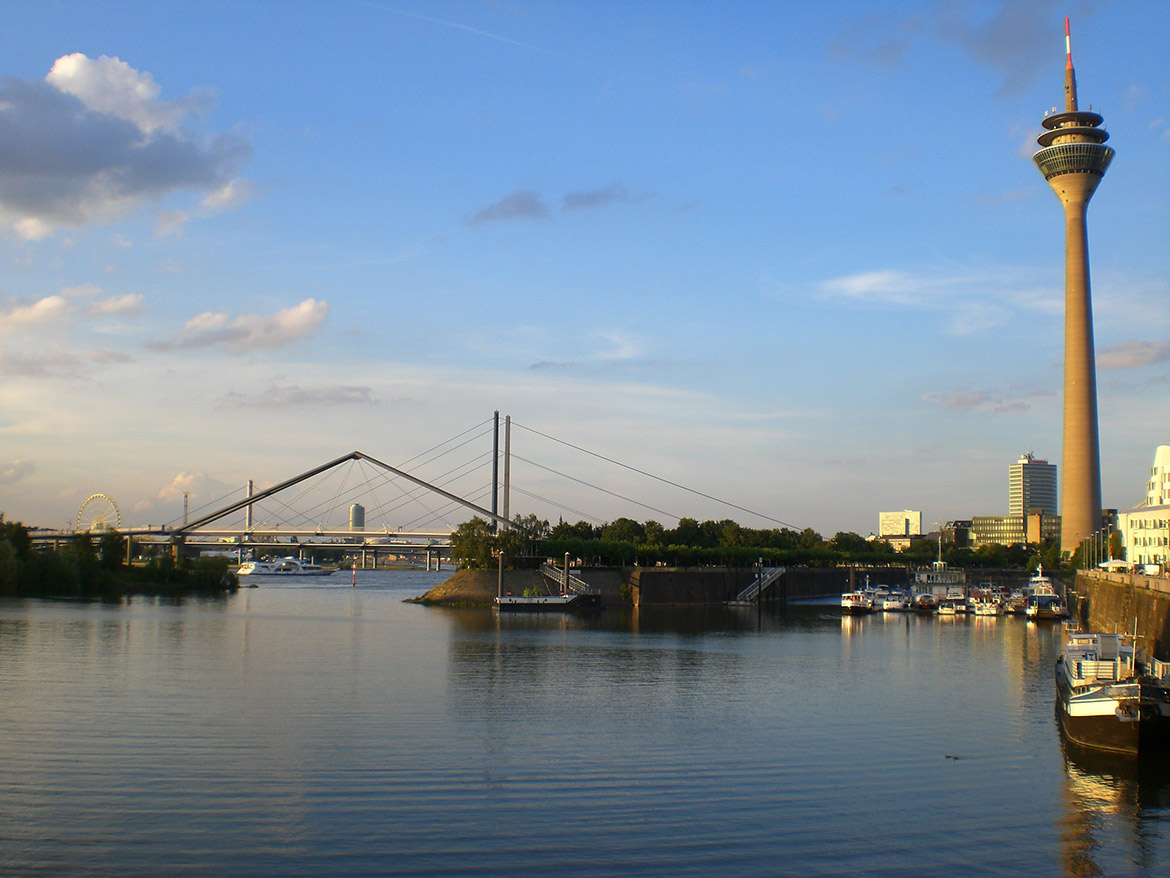 A lumpy long day in the saddle, with plenty of fresh legs in the peloton, stage 3 could see a shake-up in the general classification, as it finishes up on the ascent to Longwy, a gruelling 5.8% gradient climb, which drags on for 1.6 kilometres. A stage for the men of the Ardennes Classics, don’t be surprised to see explosive riders such as Valverde and Dan Martin coming to the fore. 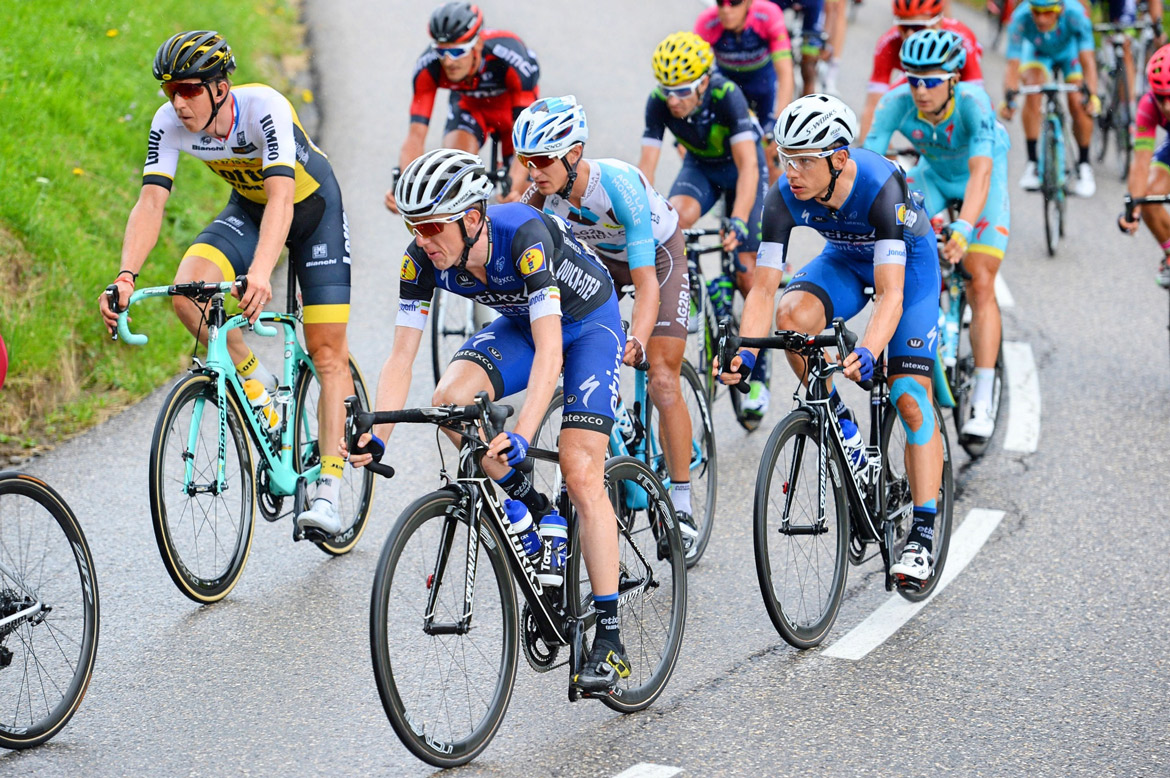 The first real test for the mountain men, the relatively short stage sees the riders return to La Planche des Belles Filles. This climb, although not long at 5.9 kilometres, averages a testing 8.4% and tops out with a maximum gradient of 14%. Made famous when Chris Froome took his stage win, ahead of team leader Bradley Wiggins, in the 2012 race, this climb will surely show which riders are on form and will be gunning for yellow in Paris. 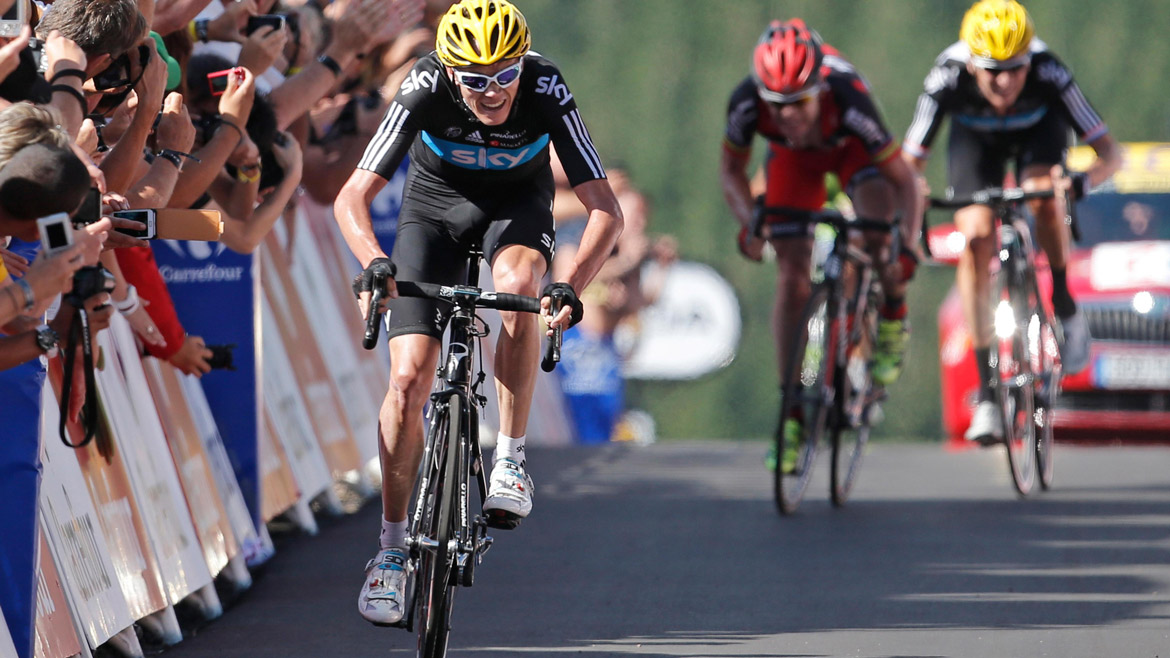 A classic Pyrenean mountain stage, starting in Pau, a favourite town for the Tour organisation, the 214 kilometre stage covers five categorised climbs and finishes at Peyragudes, after a gruelling ascent of the Col de Peyresourde, made famous, most recently, by Chris Froome’s sting attack on it on stage 8 of last year’s race. Preceded by two tough stages, this could be the perfect opportunity for GC contenders to stamp their authority on the 2017 race. 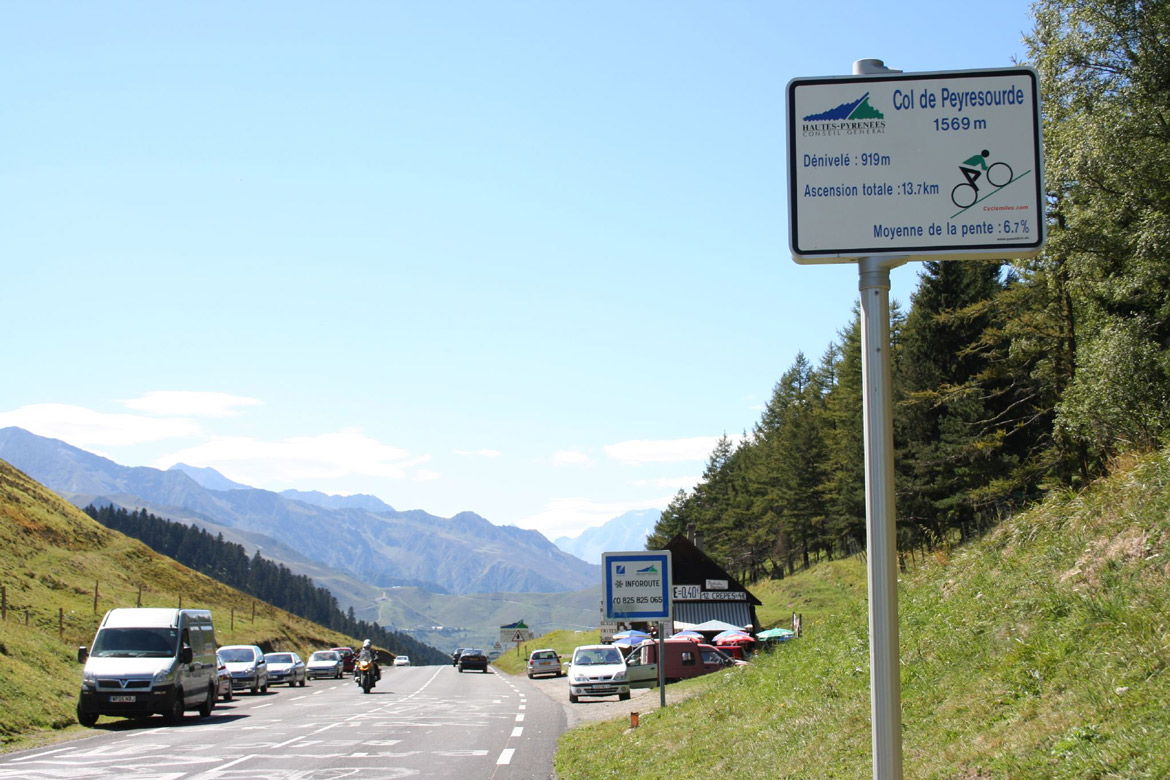 A stage to make even the most experienced general classification contenders quake in their cleats. Taking place at the end of the three weeks, this stage takes the riders over the Col du Galibier, the highest point in the 2017 race. The first rider to reach the summit will be awarded the Prix Henri Desgrange, a prize named after the founding father of the Tour. From the summit, the riders will descend into Serre-Chevalier. Although this might not see a huge shake up at the top of the GC, this is a stage where time can be lost if the yellow jersey hopefuls do not have their climbing legs on. 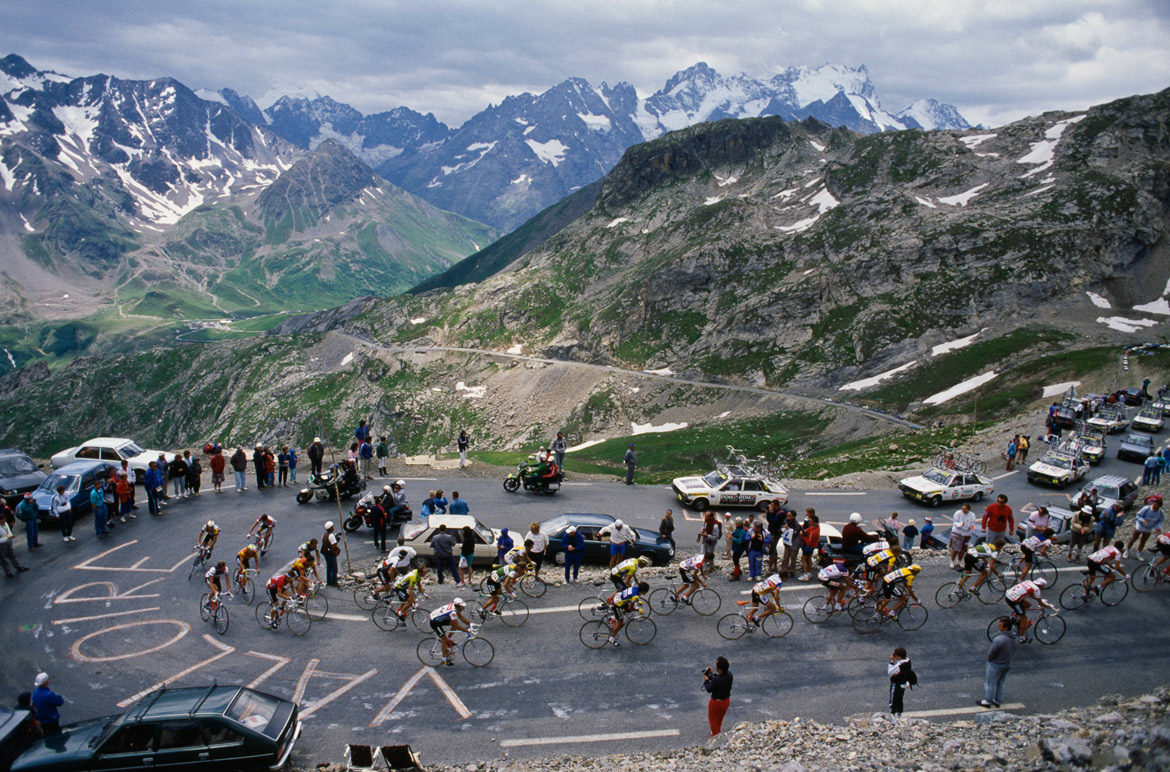 The penultimate stage in the 104th edition of the race, this is the final test for the general classification contenders and if the time gaps are close between the riders, this could see a dramatic finale and a possible change in maillot jaune ownership. Taking in some of Marseille’s most iconic landmarks including Notre-Dame-de-la-Garde Cathedral, this stage will be a rather flat suburban affair, starting and finishing at the Velodrome football stadium. 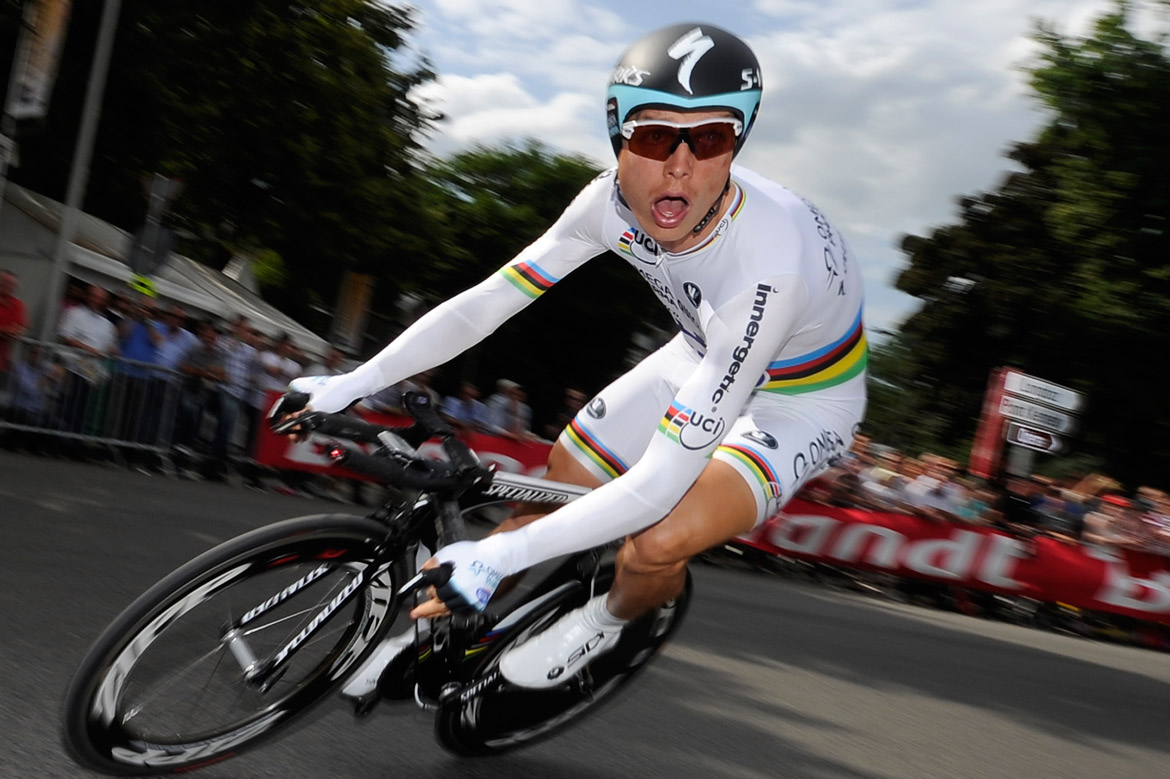 With four coveted jerseys up for grabs, the 2017 Tour de France will see the best grand tour riders, climbers, sprinters and young hopefuls lining up in Dusseldorf.

The race for the iconic yellow jersey or maillot jaune is expected to be as hotly contested as ever, with Chris Froome looking to claim a fourth title. Hoping to spoil the party, the likes of Nairo Quintana, Alejandro Valverde and Alberto Contador are all grand tour riders and are all riders hungry to knock Froome off the top step of the podium in Paris. 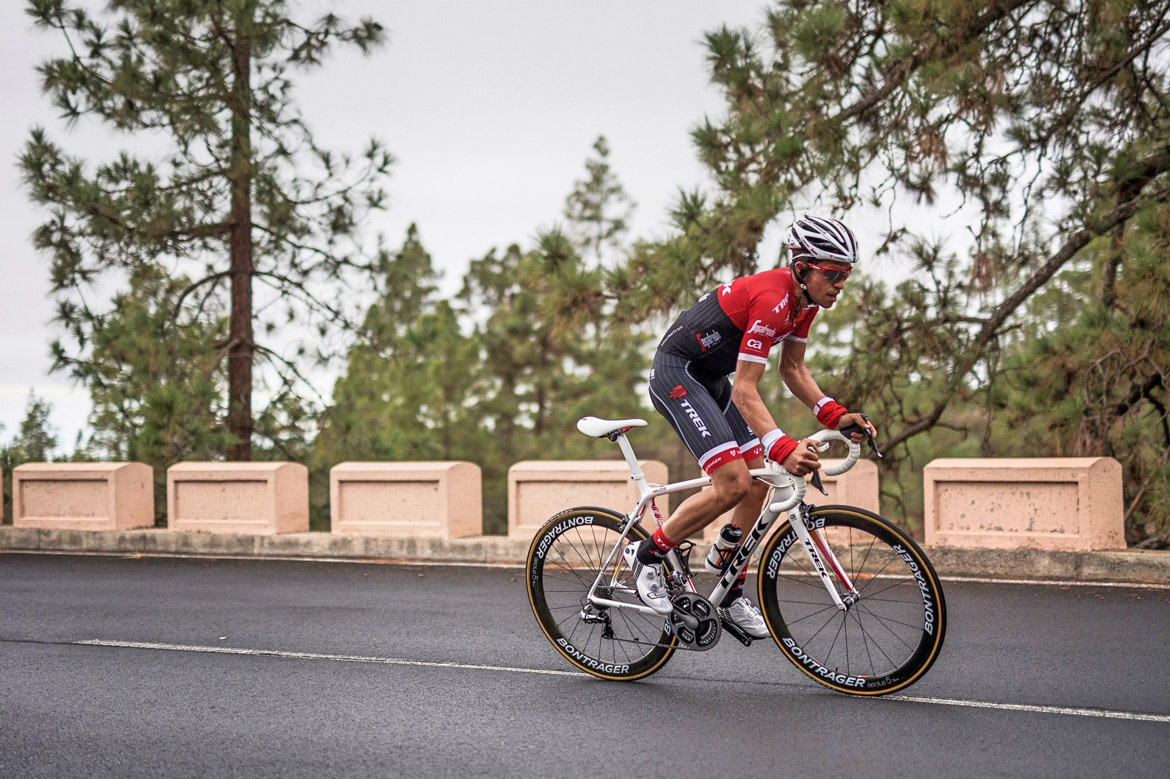 Where summit finishes are concerned, the Columbian pairing of Esteban Chaves and Nairo Quintana are sure to excel when the road rears skywards. Look out for the dynamic duo on stages 12 and 18.

For the lumpier, punchier stages that make up the first week of racing, classics men, including Fleche Wallonne and Liege Bastogne Liege winner Alejandro Valverde will be looking to take their advantage.

The race for the polka dot or mountains classification jersey often is won by a rider, who’s challenging for the yellow jersey. Recent years have seen mountain men such as Rafal Majka take the honours, although GC contenders, including Froome and Quintana have also arrived in Paris with the jersey on their shoulders. 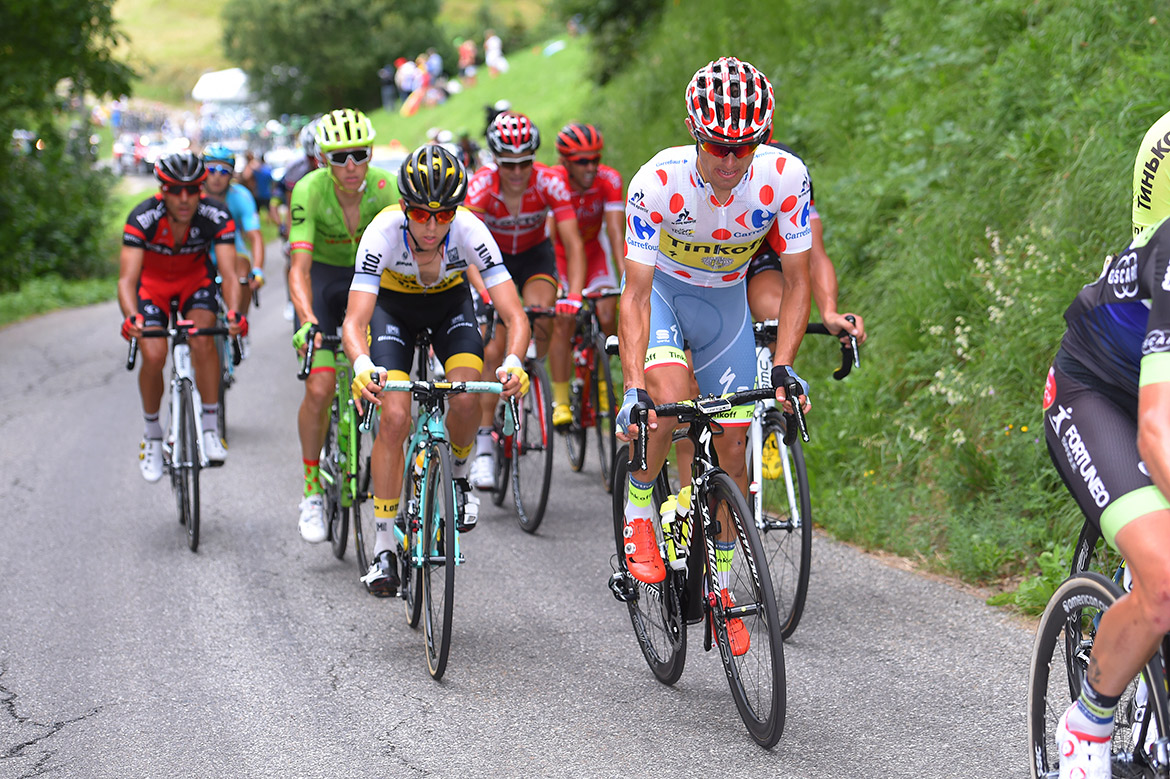 Key stages for those looking to make the most of the mountain points include stage 9, a rolling mountain stage that tackles climbs including the Grand Colombier and stage 13, which although is only 100 kilometres in length takes in three major climbs including the Col d’Agnes and Mur de Pegueres. When the gradient kicks up, keep an eye out for climbers such as Romain Bardet and Rafal Majka to make their move.

A sprint fest this is not, but that will not stop the fast men from challenging for the line. Dominated the last few years by Peter Sagan, the green jersey is often won by a fast, consistent and versatile rider, who can pick off points, where the out and out sprinters can often be found suffering. The famous finish in Paris is regarded by the sprinters as the must-win stage, where you can expect the likes of Mark Cavendish and Andre Greipel to do battle down the famous cobbled Champs Elysee finish. 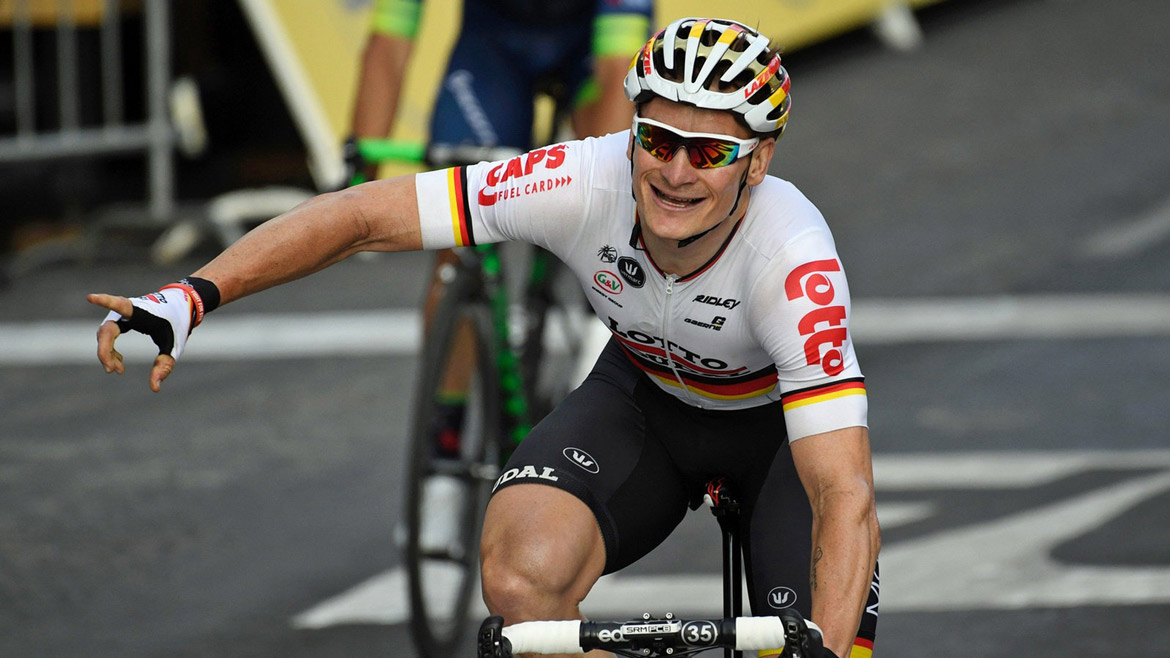 The Tour often provides a platform for the best young riders to show their worth. In recent years British rider Adam Yates, Columbian climbing sensation Nairo Quintana and French hope Thibault Pinot have shown age is but a number. 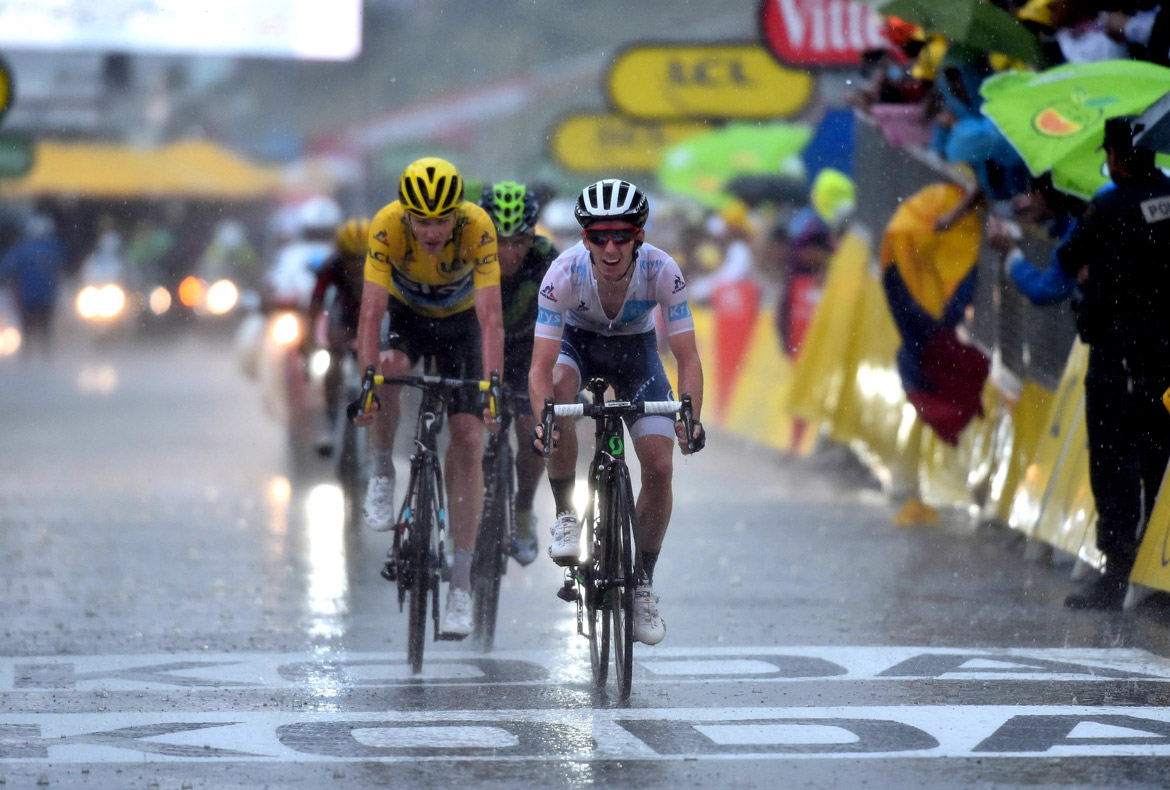 Often a fiercely contested jersey, the white maillot is a good indicator of future grand tour champions, as Alberto Contador proved in 2007, when he carried both the yellow and white jerseys into Paris.

In the Right Gear

Whether it’s the emergence of the aero bar, under the guidance of Greg Lemond on the final stage of the 1989 race or the RhinoMed Turbine Breathing System, seen being used by Chris Froome at the 2015 edition, the Tour de France can often be the stage for cycling’s biggest brands to show their latest products in action. 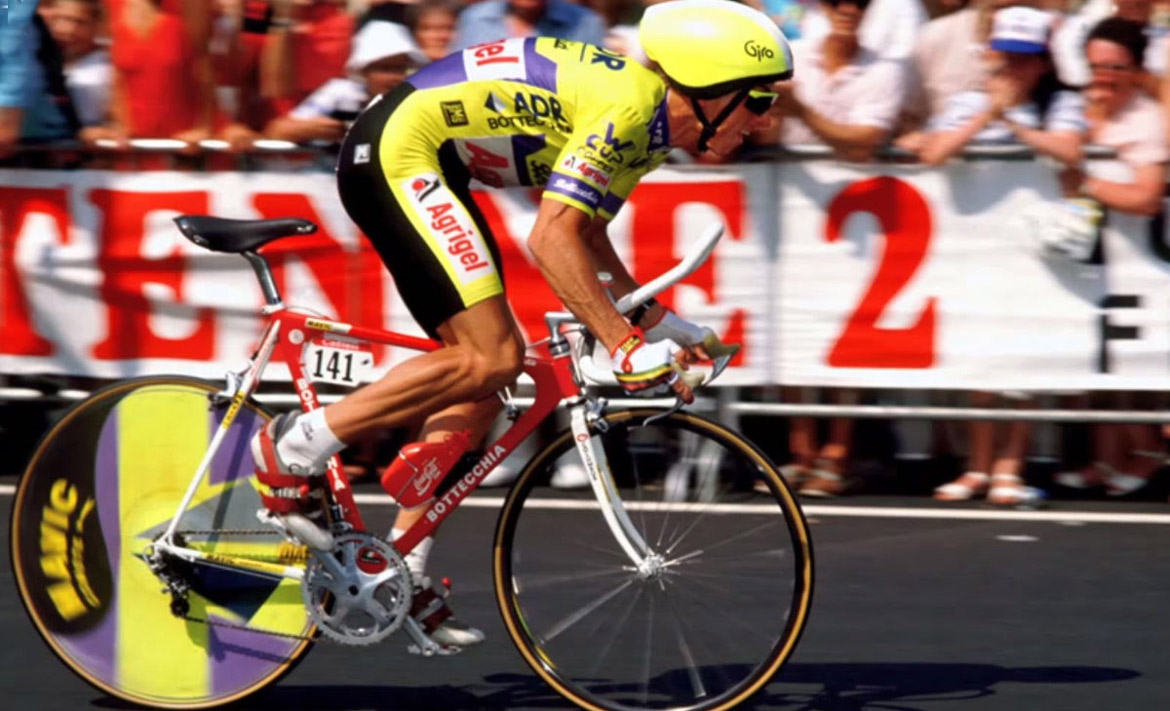 For the 2017 Tour de France there is plenty of cool tech to keep the pros riding smoothly and for the fans to drool over. Defending his 2016 title, Chris Froome will be using Pinarello's latest race machine, the Dogma F10. Made popular by its stiff frame, lightweight design and aerodynamic tubing, the previous incarnation, the F8, has already proven itself on the world stage, taking the Brit to the top step in Paris last year. 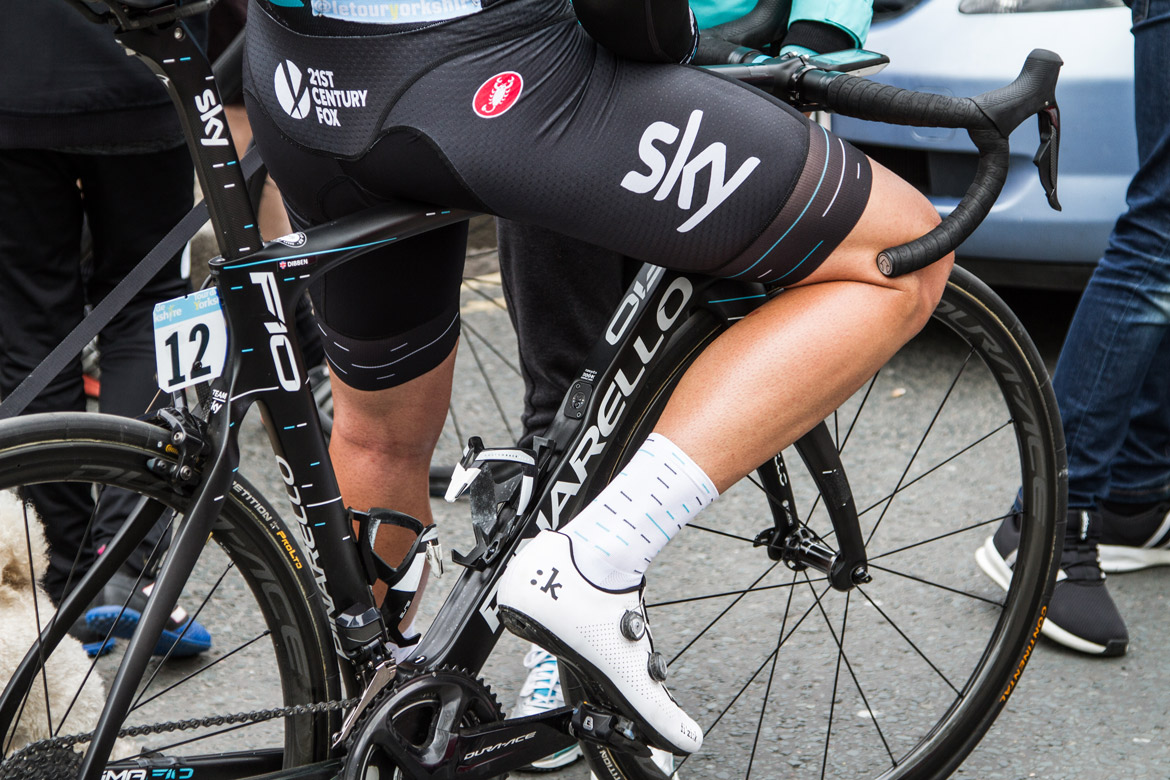 Keeping the Lotto Soudal riders protected, whether leading out their sprinter, Greipel, or climbing the alpine passes, Lazer's Z1 will be the helmet of choice for the Belgian outfit. With a rear spoiler, enhancing aerodynamic efficiency and T-Pro Temple protection, this 225-gram helmet is a popular choice among the pros. 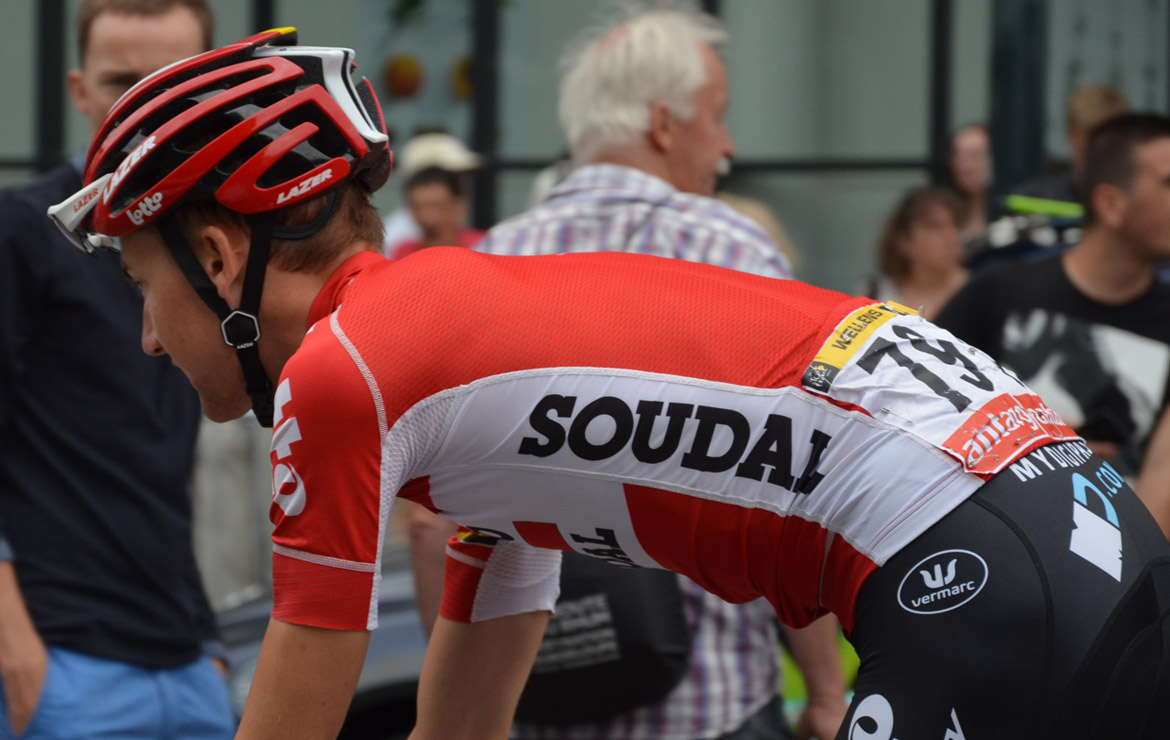 As brands go, they do not get much more French than Mavic. A brand synonymous for producing state of the art wheels, in recent years they have branched out to offer helmets, clothing and even shoes. The wheel choice for Cannondale Drapac, the team will be using a range of depths and models to cater for the varied terrain. The R-SYS and Cosmic are tried and trusted hoops, that are sure to keep the team rolling all the way to Paris. 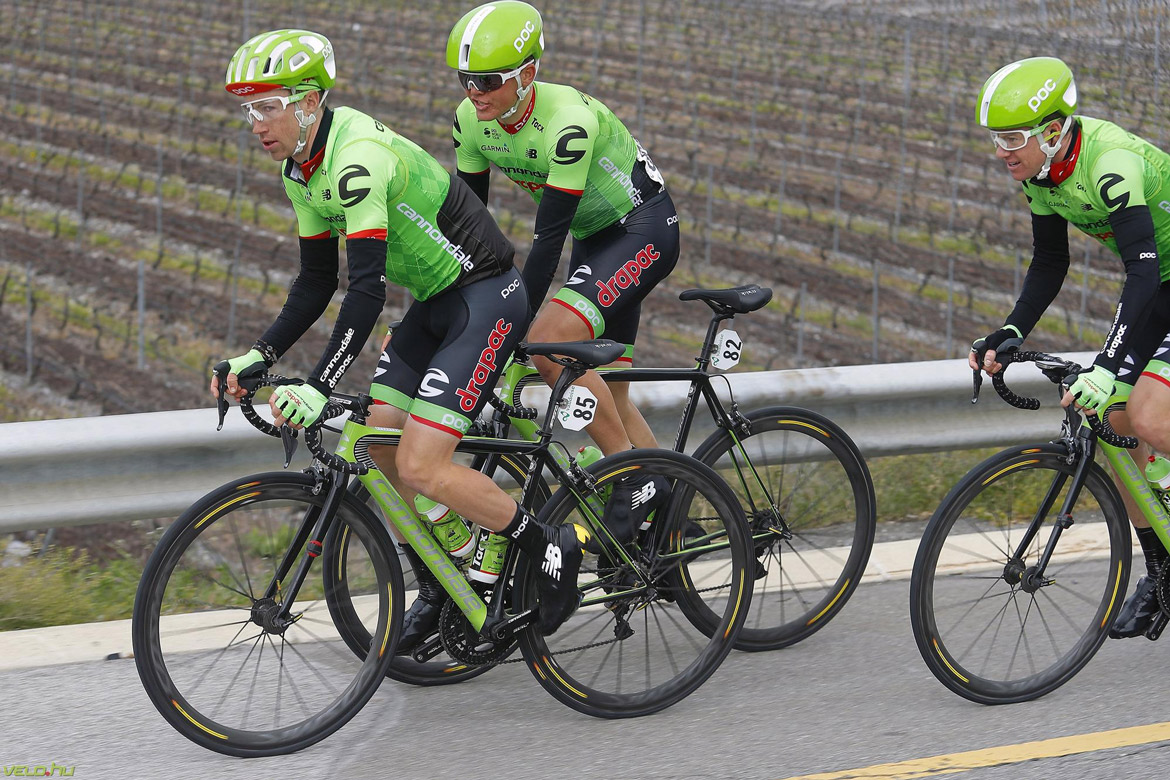 So with the Tour caravan departing Dusseldorf for a three-week jaunt, keep an eye out for the key stages, riders to watch and the latest bikes and kit.