When the Pinarello Dogma F8 first rolled out, stats flew around like a bull in a China shop. 12% more rigid, 16% more balanced, 120g lighter and 47% more aerodynamic. Orders came in thick and fast, with discerning riders looking to snap up what was set to be the fastest, most aerodynamic bike available on the market. So, how could Pinarello improve on perfection?

Subtle changes make all the difference in the cycling world, with most manufacturers opting to slowly upgrade specific areas of the bike instead of instantly changing the fundamentals. Not with Pinarello, though. Every aspect of the Pinarello Dogma F10 has been incrementally refined, ensuring you get the ride you desire as soon as you get out on the road. 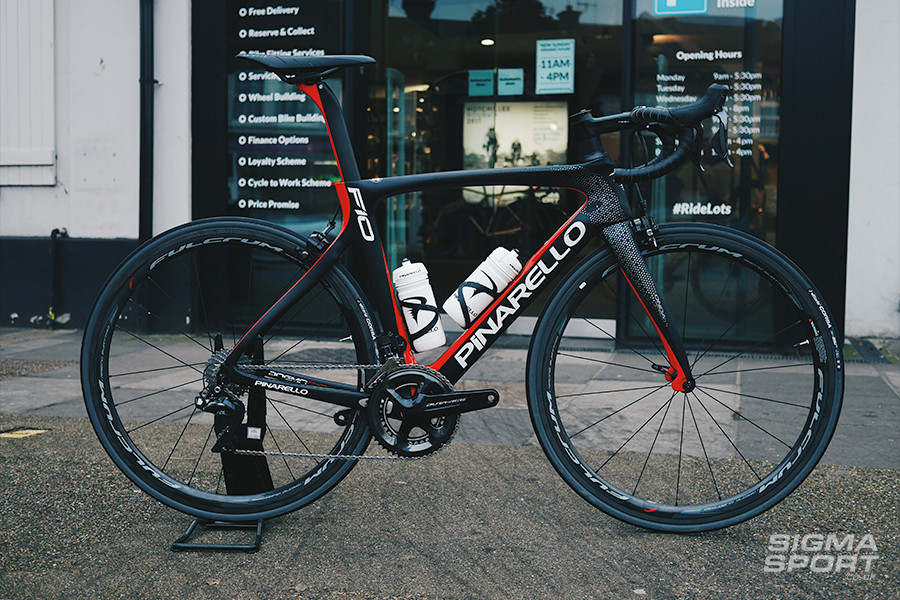 Aesthetically, the Dogma F10 doesn’t rewrite the rulebook, and apart from the ‘F10’ logo on the seat tube, it’s virtually a carbon copy of the F8 - but if you are out scouring for F10’s this weekend, there’s one way to distinguish it from its predecessor:

Although noticeably smaller, the Bolide inspired front fork flaps provide a minuscule, yet welcome advantage in a headwind, keeping the fork efficient and stopping any excess drag around the dropouts. Apart from this, the fork hasn’t changed, taking the same bowed angles, Torayca T1100 1K construction and shape found on the F8. Some will call this lazy, but why change something if it’s already at its limits in terms of functionality? 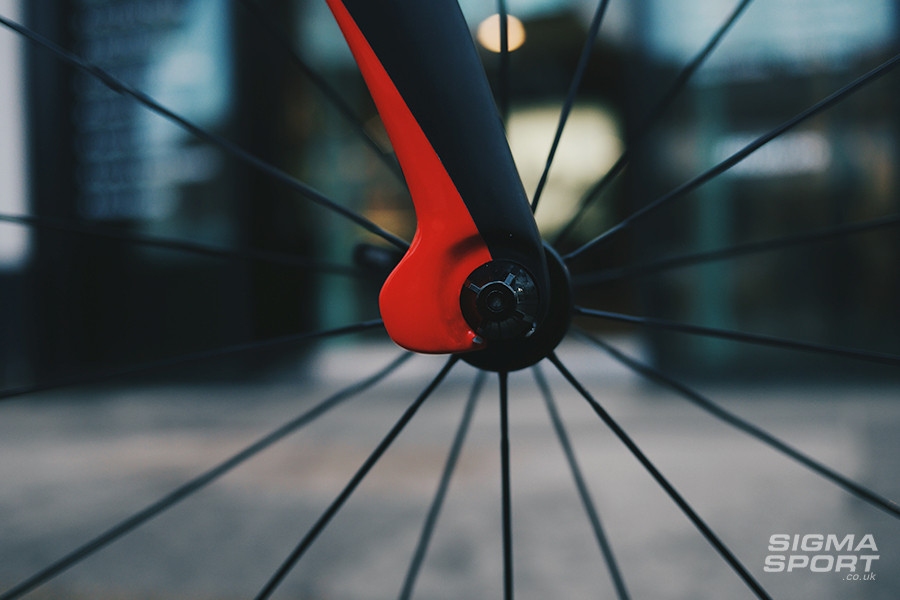 A concave downtube design has been adopted from the Bolide models and works alongside the 3:1 tube shape, shielding bottles, cages and the Di2 junction box from the wind. Pinarello claim this reduces drag by 12.6% over previous downtube designs.

The downtube's bottle cage has also been optimised for a smaller bottle to ensure continued aerodynamics - but don’t think this restricts you to drinking less on warmer days. The seat tube has three bottle cage bosses, meaning that on those sweltering rides, you can house a much larger bottle. Previously riders of the Dogma F8 will know all too well how frustrating it is to use Pinarello's own, thinner bottles on longer rides, so this is a great upgrade. 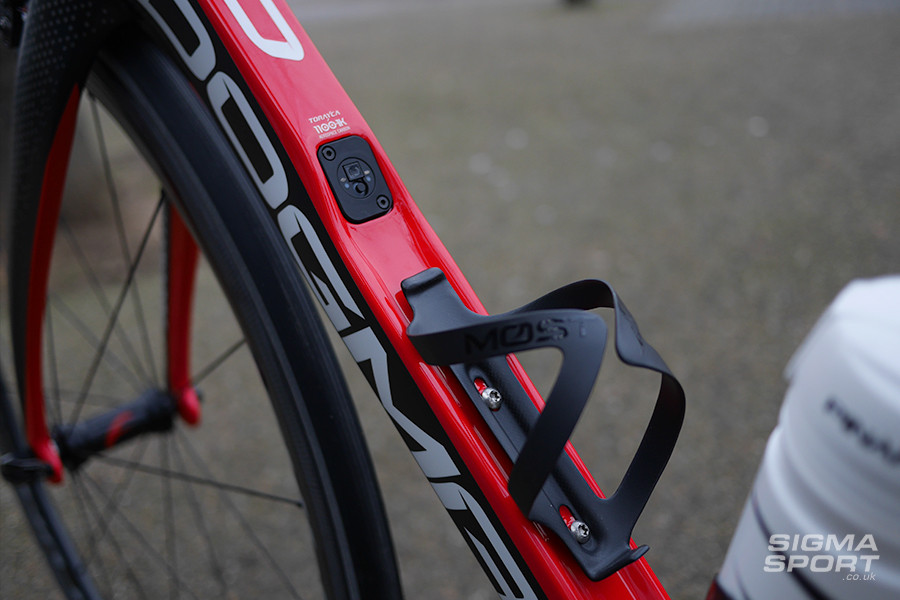 There are quite a few similarities, though, and for good reason. The Torayca T1100 1K DreamCarbon frame construction barely budges from the F8, and some riders I’ve spoken to have called out Pinarello as ‘lazy’ and ‘unoriginal’ - which is honestly laughable. In our opinion, why should the construction change? It’s the same carbon fibre used on the shells of aeroplanes, and anyone who has ridden the Dogma F8 knows it provides a stiff, lightweight and engaging ride.

The geometry hasn’t changed, either, and that’s fine. The Dogma F8 was pitted as one of the most stable, comfortable and best handling bikes ever designed. 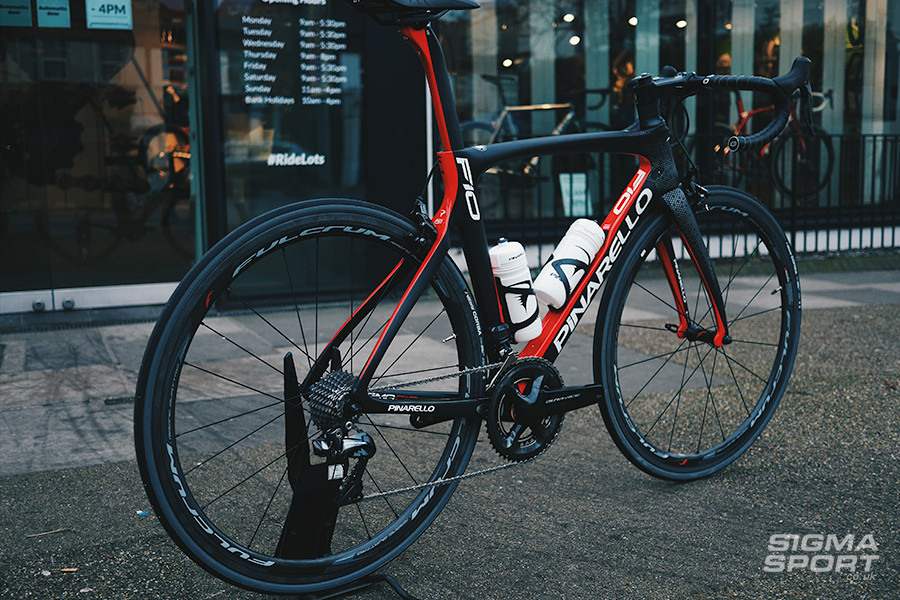 The 3:1 tube ratio follows over from the F8, too, but the final curvature has been redesigned using Pinarello’s renowned Computational Fluid Dynamics (CFD) and Finite Element Analysis (FEA). These two processes ensure the F10 is as strong and aerodynamic as possible when laying down the power. 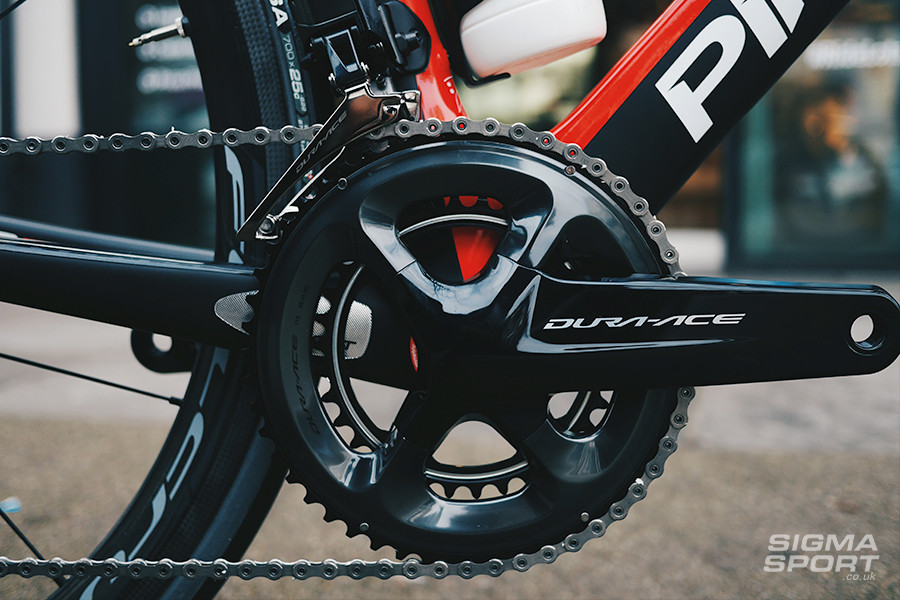 Apart from using their relationship with Team Sky as leverage to source the long-awaited Shimano Dura-Ace 9150 Di2, Pinarello have also pushed their asymmetric design to the limit of rigidity and efficiency by further pushing the centre of the bike 2mm towards the chainset side of the frame - which in turn counteracts the forces on the chainset and gears.

With all these advantages, we're excited to see what the Dogma F10 brings Froome, Thomas and the rest of Team Sky over the coming season. On another note, this beautiful bike is soon to be available in-store with a stunning Black/Red colourway, but more eye-catching designs are to be released in the coming months.