Admired, embraced, feared, the mountains of Italy have long been the setting for some of the sport's biggest battles and often decide the winner of, Italy's grand tour, the Giro d'Italia. 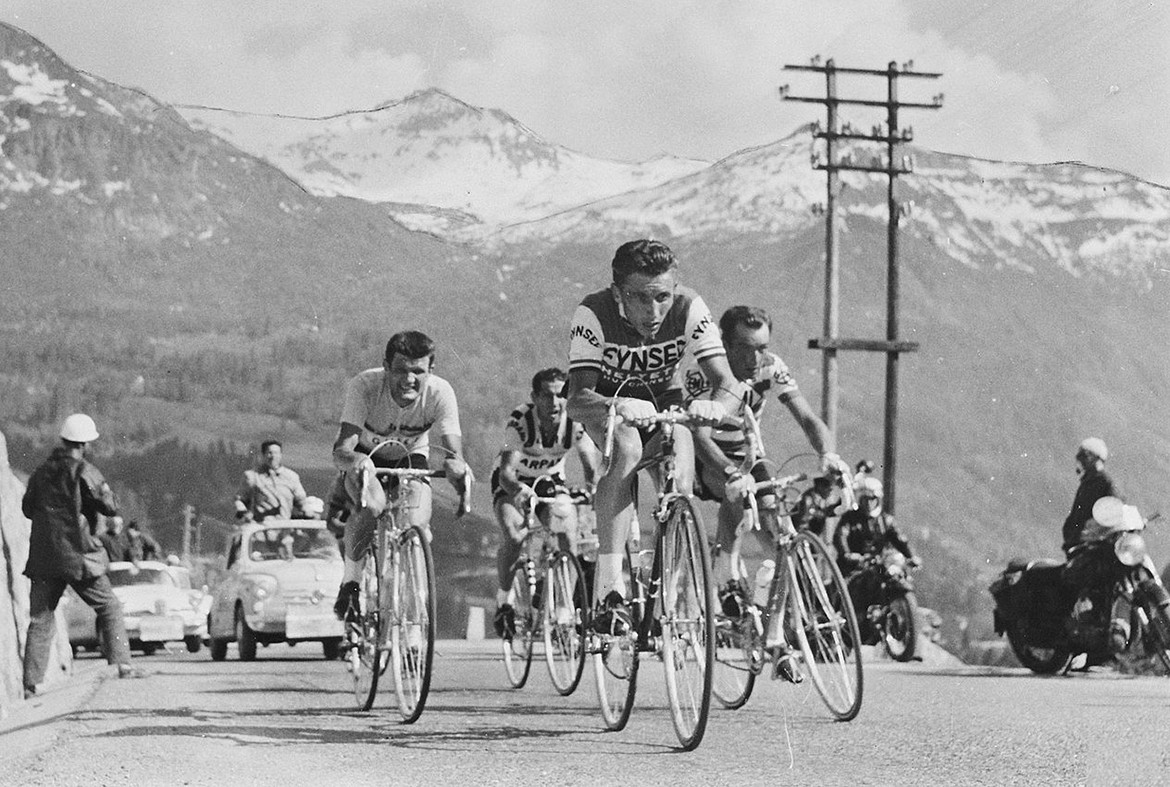 It's not just the pros that tackle these famed peaks every season, amateurs too, clip in and head out to get a taste of the mountains. For many the French mountain ranges of the Alps and Pyrenees are familiar settings, yet venture a little further into central Europe and Italy offers a beautiful array of mountains. 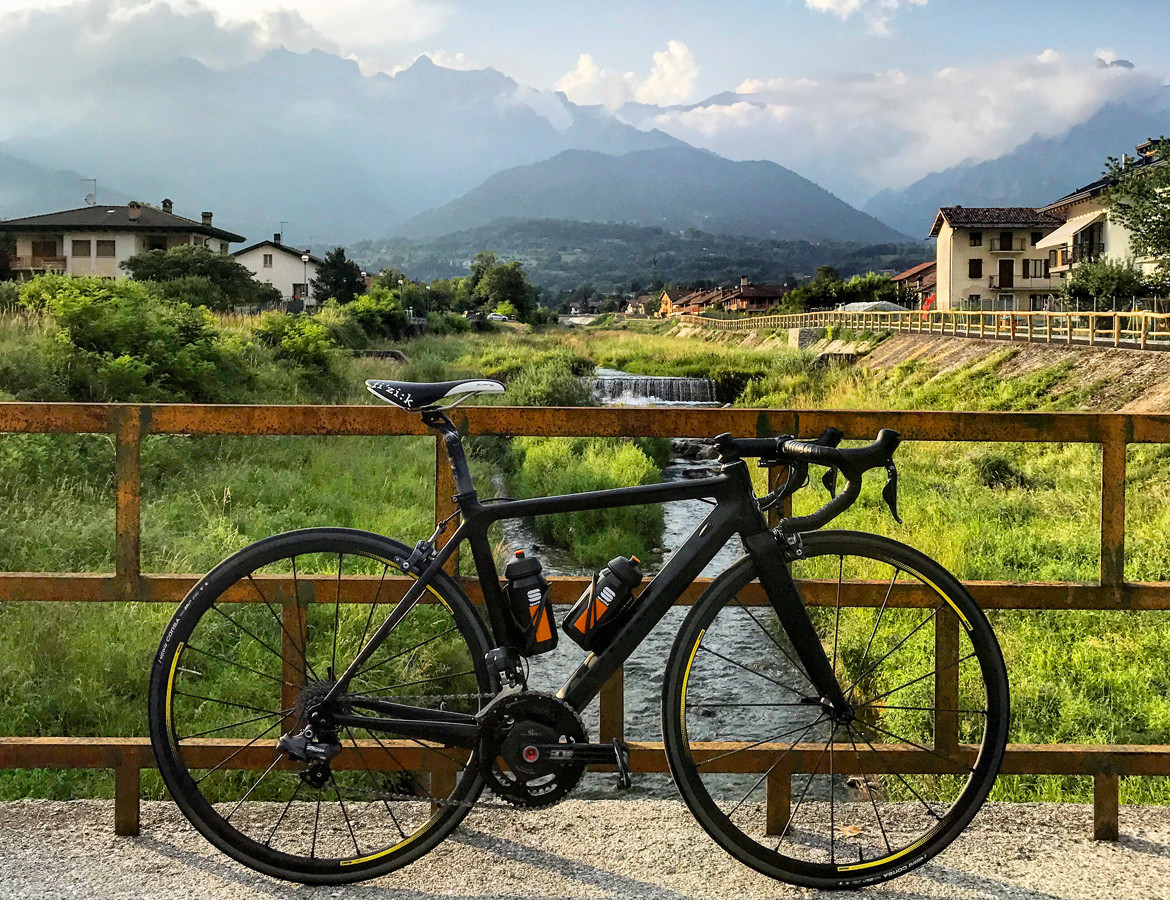 I was invited, by Sportful, out to Feltre, in the heart of Italian mountains to discover the climbs and put my climbing skills into practice at the Sportful Dolomiti Gran Fondo. 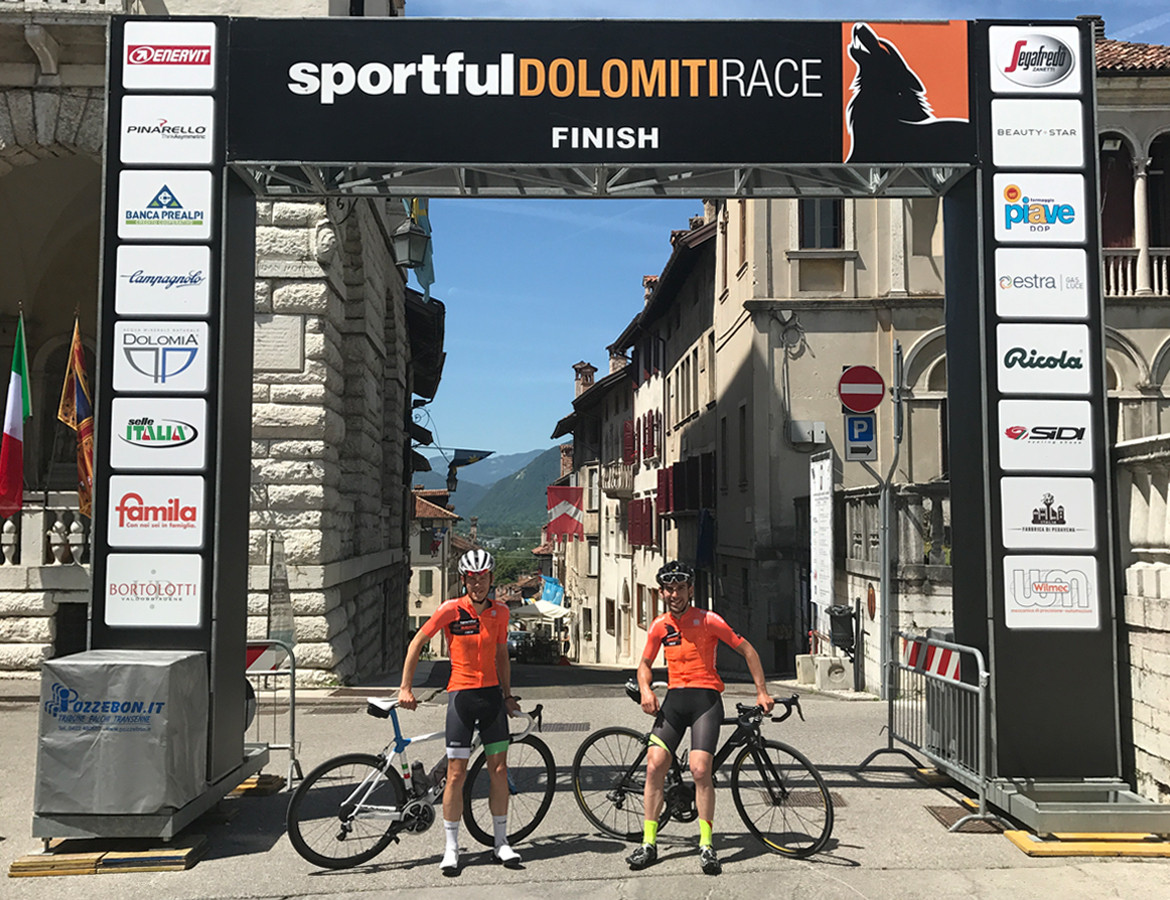 A 204 kilometre, 4800 metre monster of a ride, the Sportful Dolomiti Gran Fondo takes the 5000 strong field over 4 mountain passes. The event's strap line, 'Only real cyclists' hints of this gran fondo's challenging route.

Arriving the Wednesday evening before the event, the plan was to head out and explore the roads, not used on the Gran Fondo and experience the renowned Monte Grappa ascent. 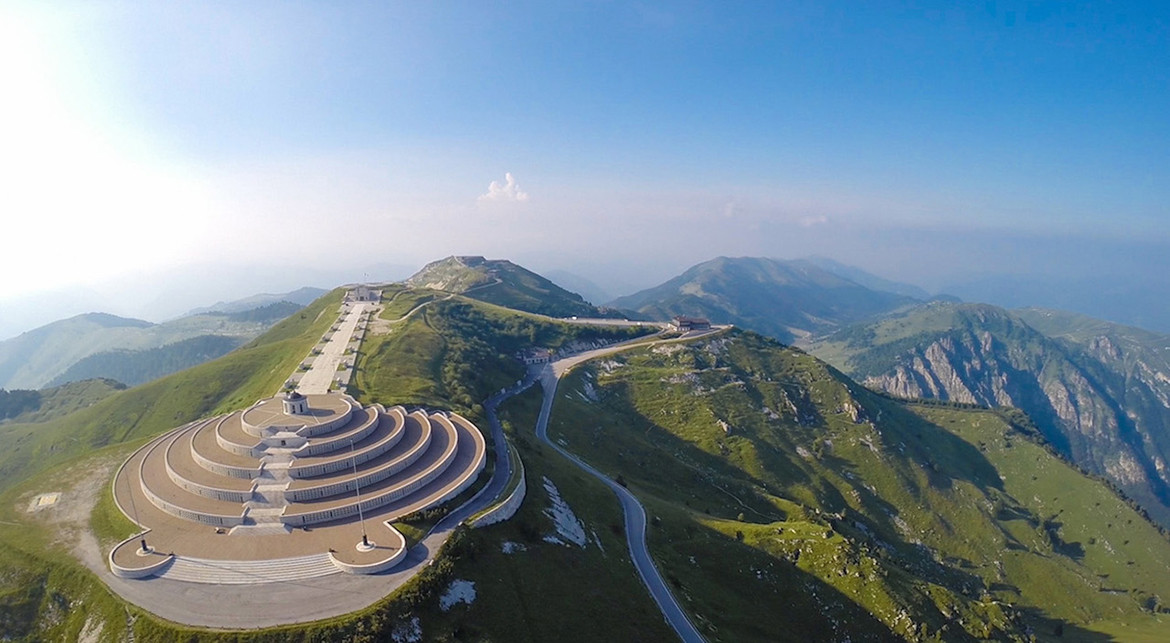 Thursday came around and after unpacking the bike and donning my kit I headed out. The mountains in this region are made up of a mixture of valley roads and steep, sharp and often long ascents.

After a relatively flat 55 kilometres, from Feltre out through Fonzaso, Arsie and Contrada Tovo Valstagna, I was greeted by the Monte Grappa, a 25.7-kilometre ascent which features a 6% average gradient and some spectacular views to boot.

The Col Collective's Mike Cotty has been riding the climb. Watch how he got on as he tackled it from the Semonzo side.

With the sun baking down, I made sure I had two bottles on my bike as I began to climb. I was aware the first and last kilometres were the steepest, so made sure I found a rhythm early. Soon I was enjoying the quiet, smooth roads and leafy views. There are numerous ways to reach the top of the Monte Grappa by bike and I had opted for the longer, slightly more gradual option.

Coming into the final few kilometres and getting ever closer to the summit, which sits at 1,775 metres, I found myself riding through the clouds as the temperature dropped and the mountain took on a more mystical theme. 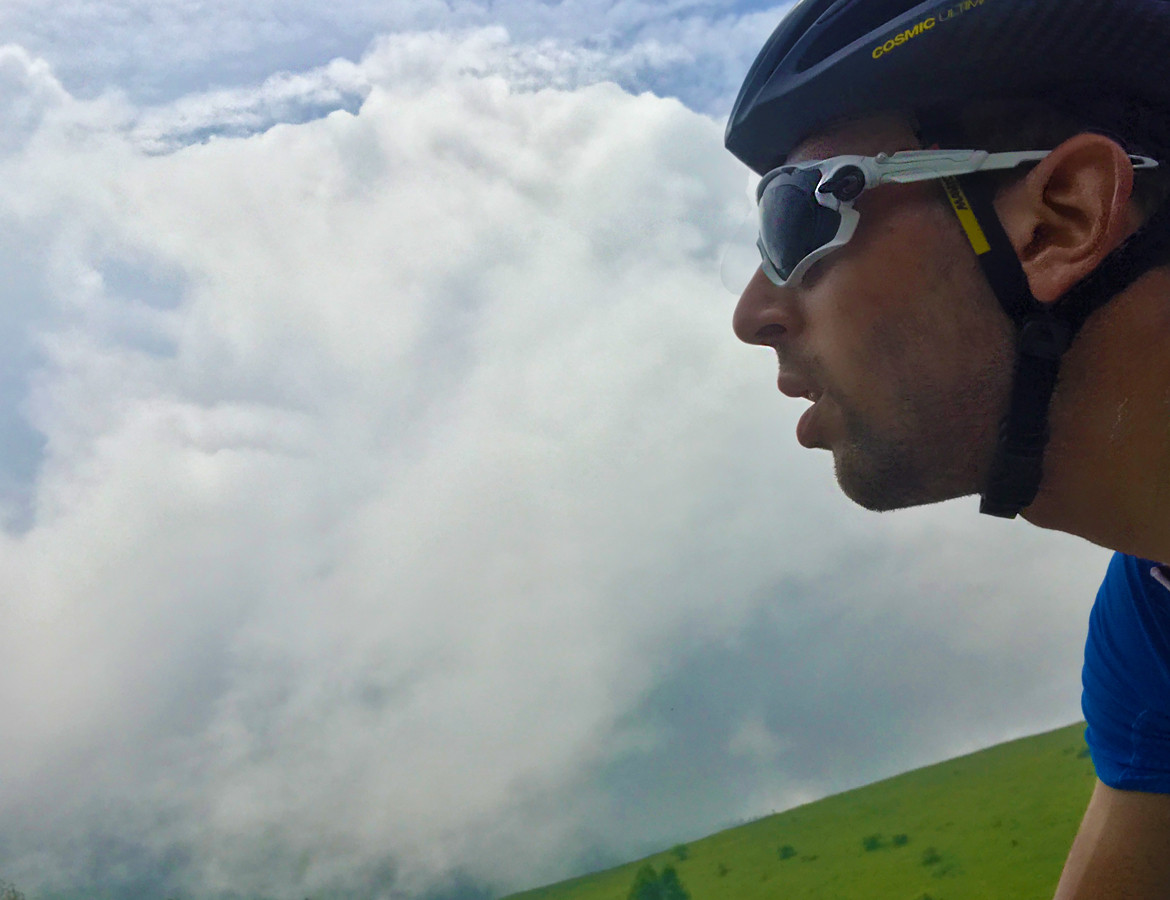 A climb that featured numerous times in the Giro d'Italia in the 1970's and 80's, most recently, the 2014 race saw the pros reach the Cima Grappa (half way up the Monte Grappa) after an uphill time trial from Bassano del Grappa. 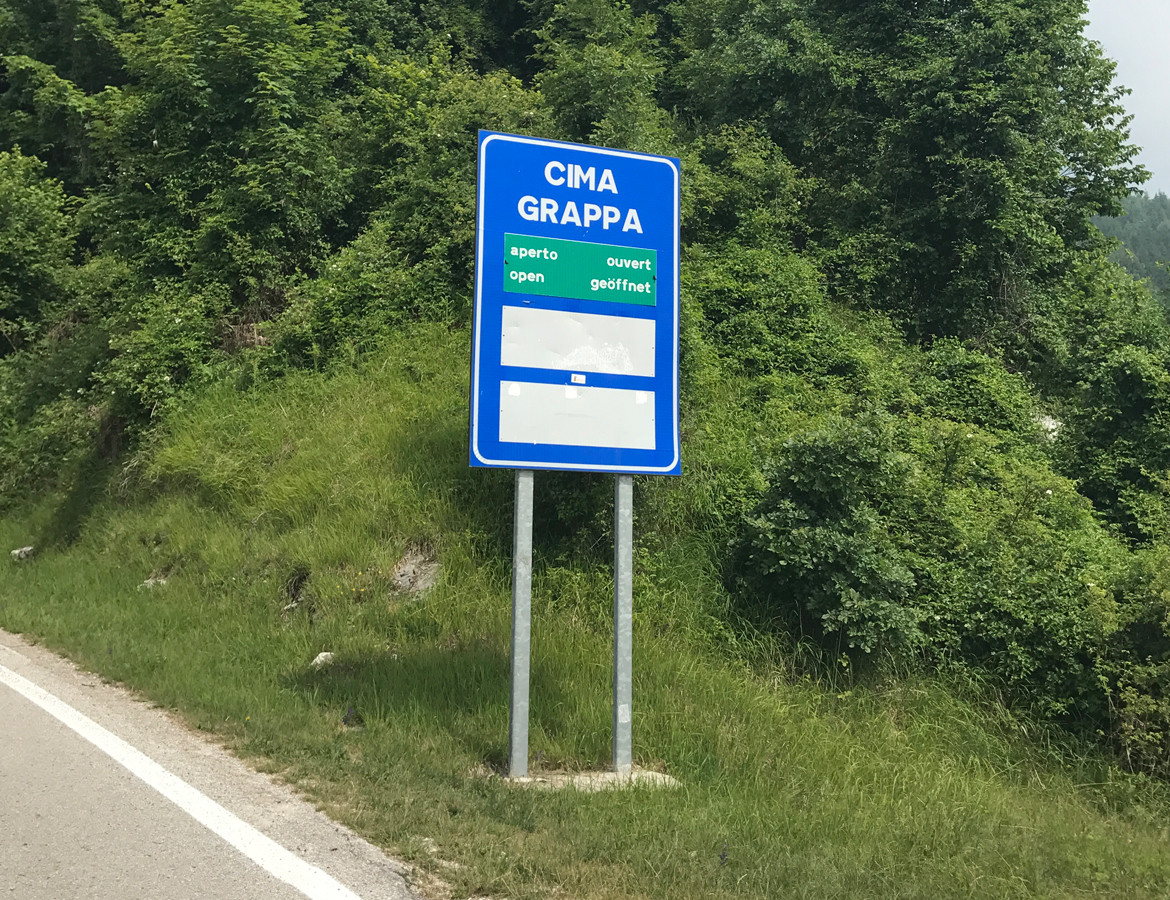 Reaching the summit and the military memorial, inaugurated in 1935, where the remains 12,615 soldiers are buried, I was blown away by the enormity of the climb.

Even surrounded by thick cloud, the Monte Grappa proved itself as an impressive mountain and definitely one of the hardest Italy has to offer. 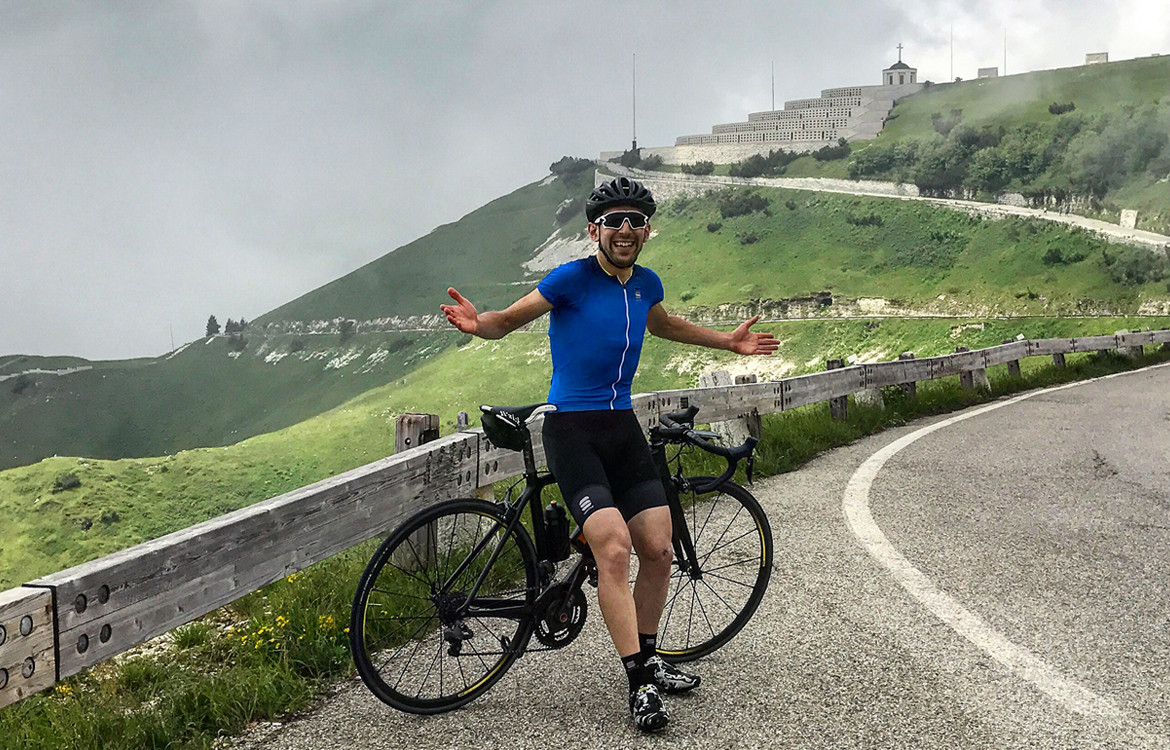 With a big ride under my belt the next few days consisted of easy spins before the main event on the Sunday, the Sportful Dolomiti Gran Fondo. 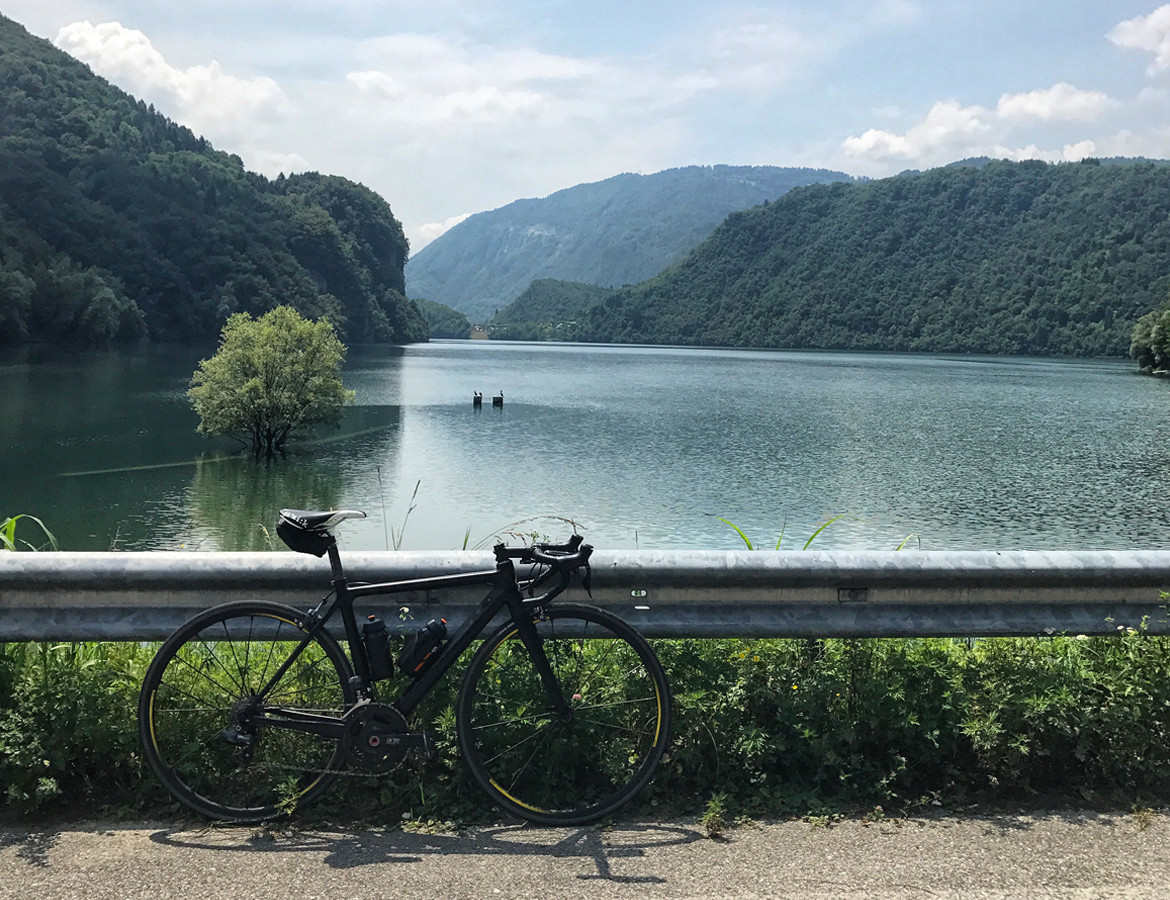 An early start beckoned as I rode the kilometre or so from my hotel to the start line in the Medieval streets of Feltre.

The clock struck 7am and we were away and as my 200 or so strong wave left the town the pace began to pick up. Riding at 45km/h it wasn't long before we were hitting the slopes of the Cima di Campo, an 18 kilometre wake up call. Although not particularly steep, at an average gradient of 6%, the sheer pace we hit the climb soon splintered the bunch, with small groups forming as we crested the top. 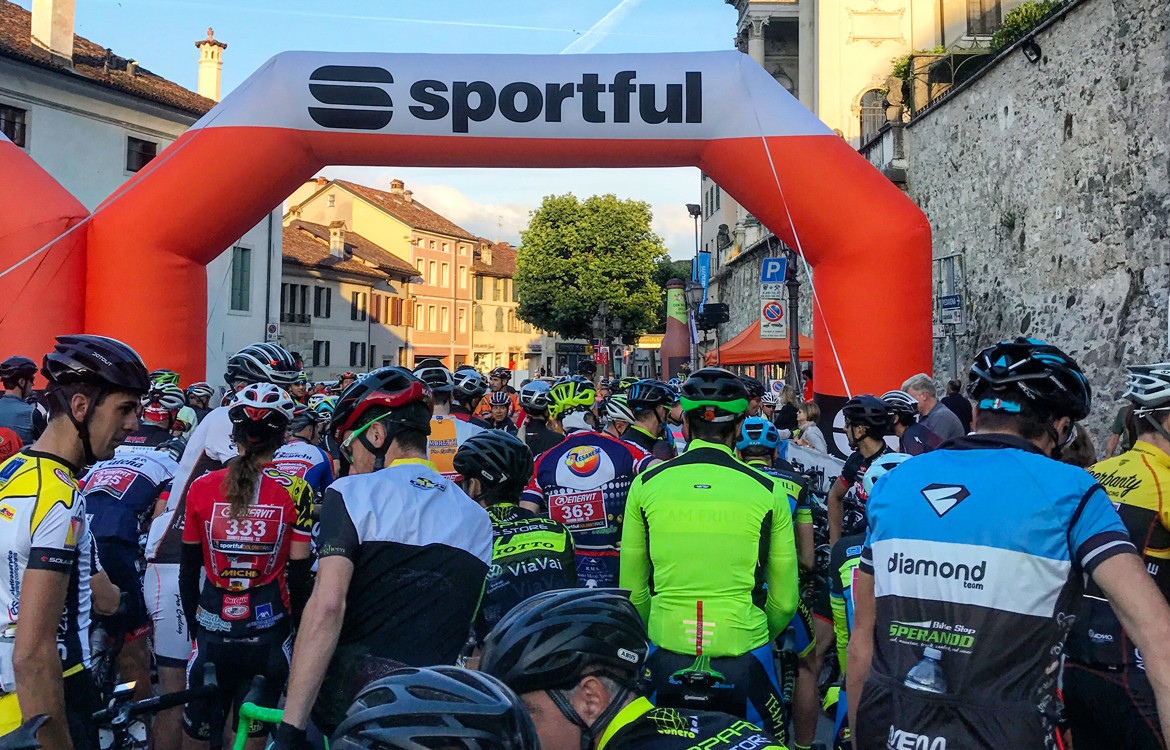 A fast and frenetic descent followed, where I was glad to find the roads had been closed to cars for this event. This allowed me to use the whole road, safe in the knowledge there wouldn't be a vehicle coming the other way.

Descent complete, what is probably the biggest challenge of the route, the Manghen, was next on the menu. Although not the most famous climb in Italy, the mountain is renowned for its wolf population and as I began the 19 kilometre ascent I realised this pass would have plenty of bite!

Don't let the 7% average gradient fool you, this is one tough climb, with some sections of road kicking up to as much as 16% percent. Featuring in the 2008 Giro d'Italia, the road takes you up to the summit at 2,047 metres.

In a group of around 6 riders, we battled up the slopes, where in some places we were riding only a little faster than walking pace. 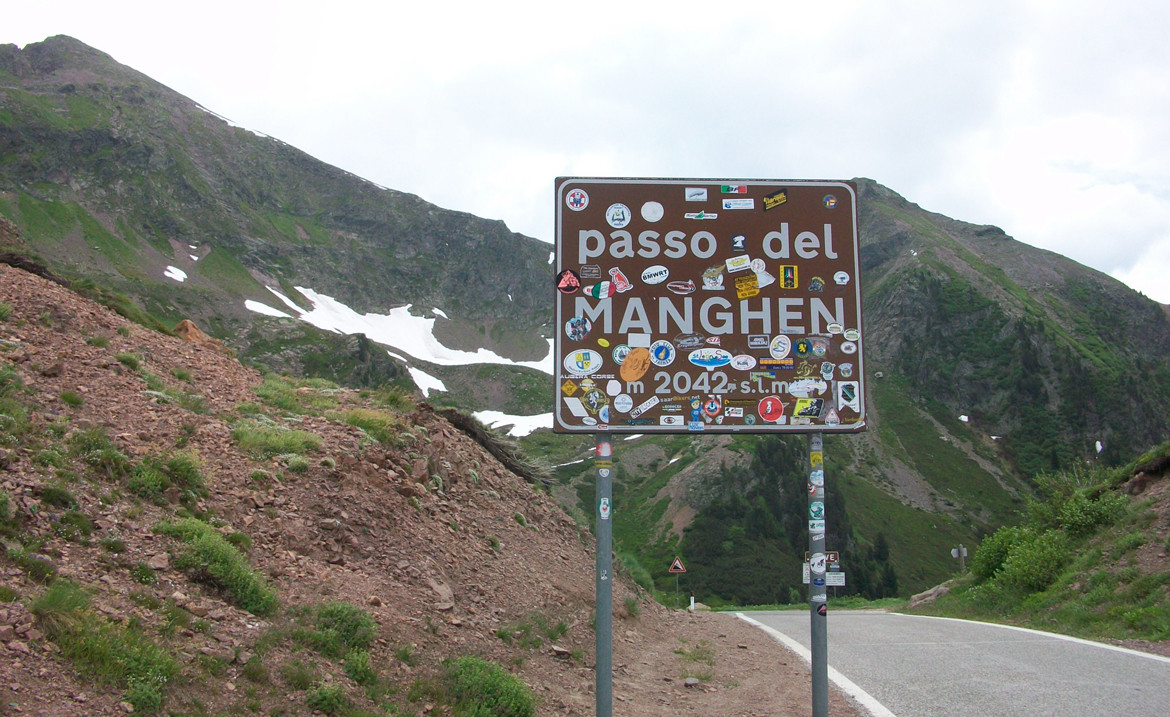 Glad to put the Manghen behind me, I crested the top to begin a long, technical descent towards the third mountain of the day, the Passo Rolle. A HC categorised climb, it may only feature a 5% average gradient but the 20 kilometre length and the fact I'd already ridden over two mountains started to take its toll.

The climb has a welcome plateau half way up, allowing for a momentary rest bite before tackling the final few kilometres to the top. 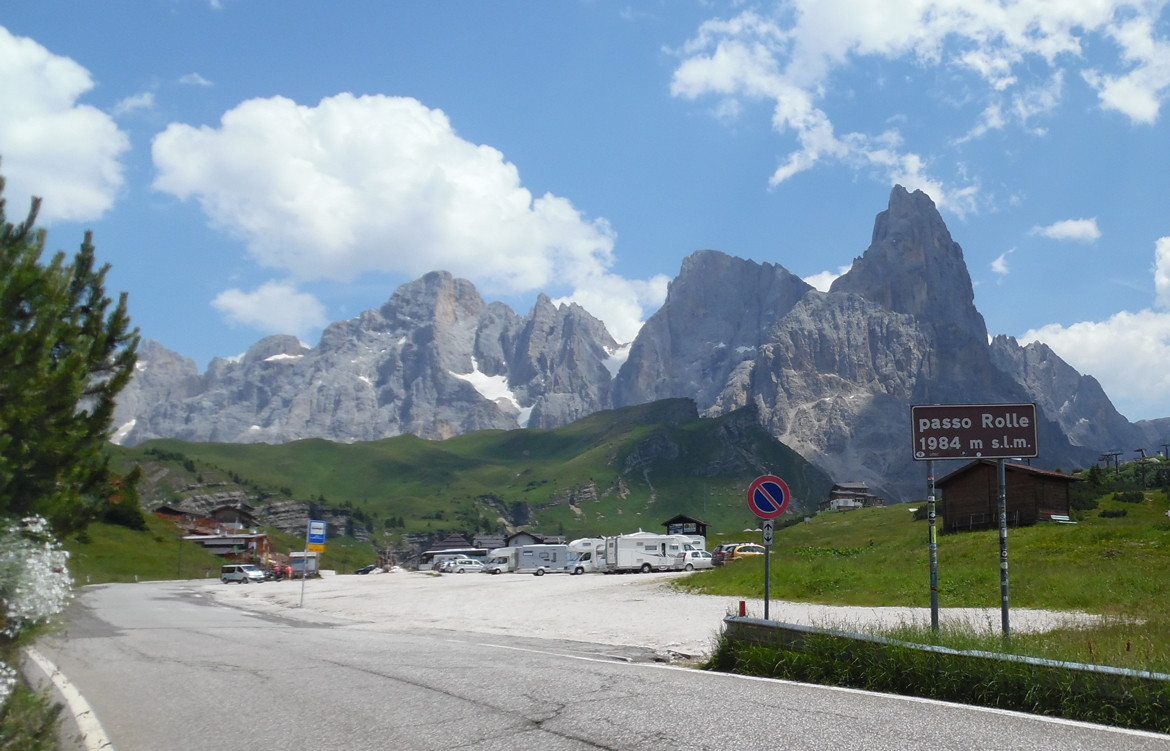 If you are a fan of descending you will love the fast, sweeping descent off the Passo Rolle.

Reaching the 180 kilometre mark, the final climb of the day lay ahead. Although it was the shortest climb of the day, the Croce d'Aune at 11 kilometres in length and coming after close to six hours of riding in my legs, was a real sting in the tail. Narrow roads and little shade made this a tricky ascent, so you can imagine I was rather relieved when I reached the top and readied myself for the long downhill ride back to Feltre.

Quite possibly one of the coolest finishes to any sportive, the final kilometre takes you into the heart of the town and up the steep, cobbled finishing climb, which although is only 400 metres long, after a hard day in the saddle, feels like a mountain! 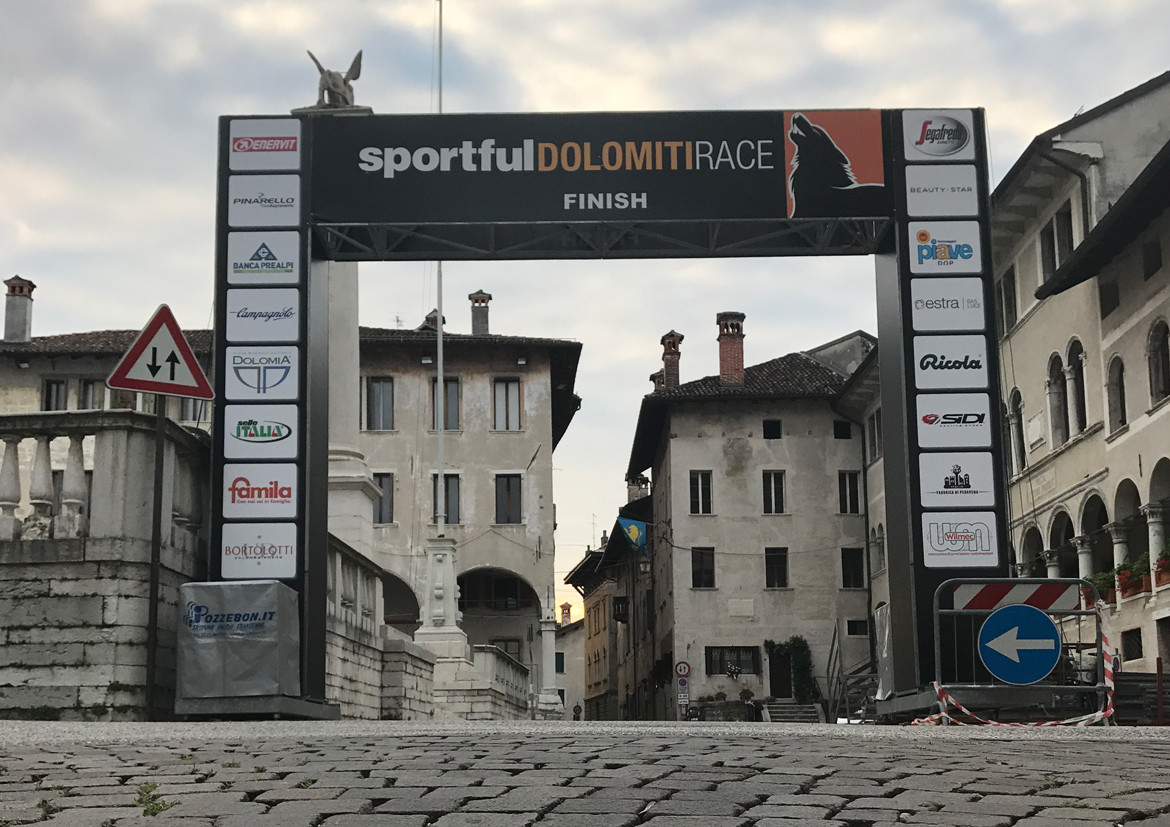 Crossing the line with 7 hours on the clock, a burn in the legs and a strong desire to lie down, I had completed the Sportful Dolomiti Gran Fondo and it felt great! 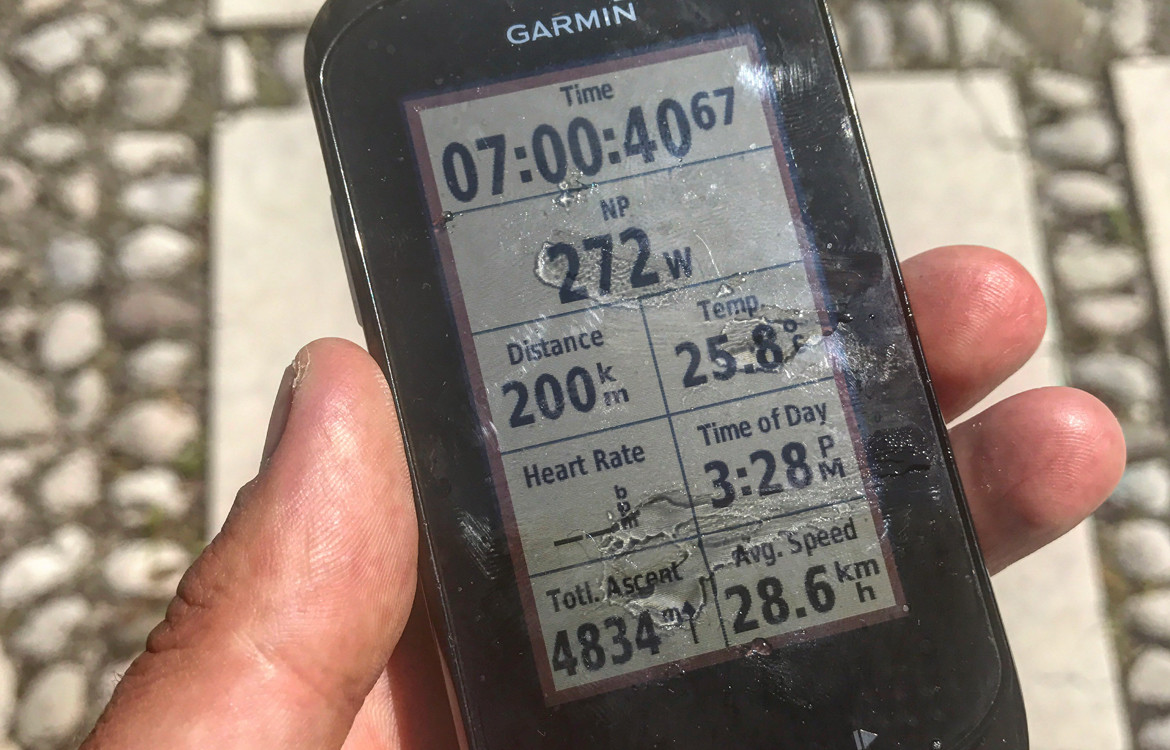 Want to know more about the event? Take a look here.

When riding a long climb, whether that be in the French Alps, Italian Dolomites or even outside of Europe, I always try to get into a rhythm early on. There is nothing worse than going into the red after a few kilometres and having to ease it back to lower your heart rate or reduce that lactic acid burn. 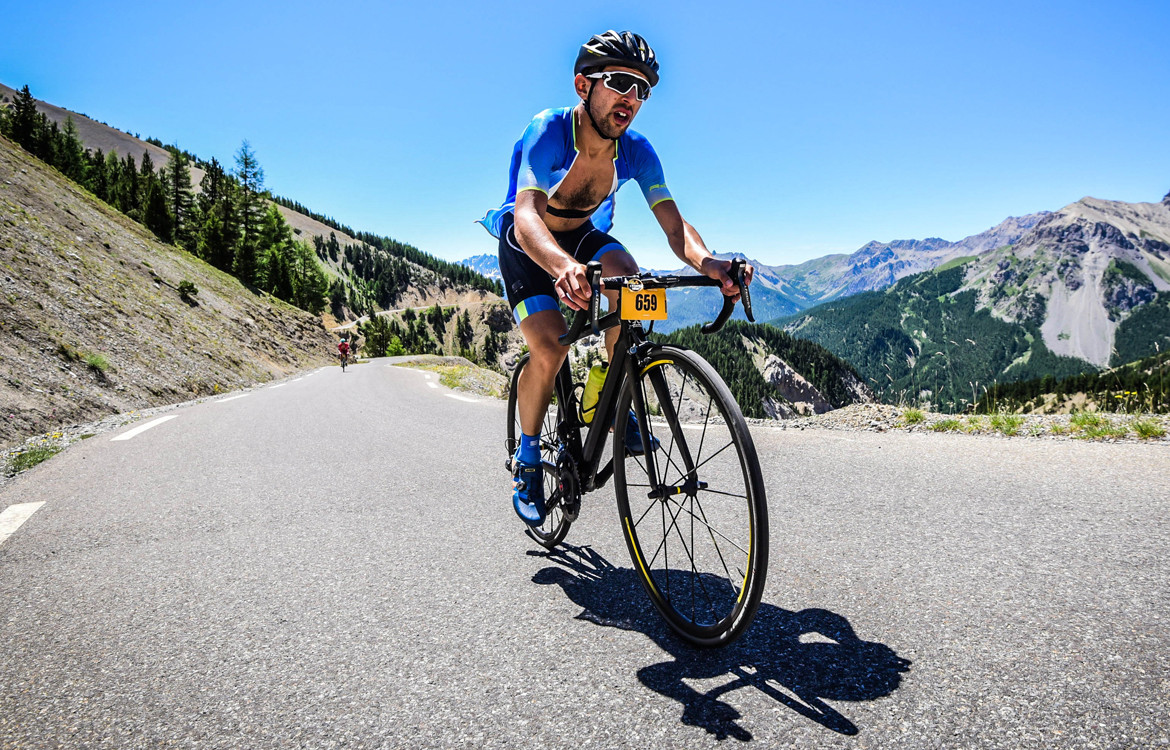 It is worth starting off slightly easier than you think necessary, that way to can increase the pace steadily as the climb progresses and leave a bit in reserve, should an unexpected change in gradient appear.

A power meter is a useful tool to gauge your effort and to ensure you are riding at a sustainable intensity. I try to ride to my pre-determined power which I know I can hold for an hour.

As for climbing style this is a personal thing. I choose to sit in the saddle with my hands on the tops usually. I find this ideal for longer climbs where sustained rather than explosive power is required.

Sitting back on the saddle recruits the glutes and allows you to push forward and down on the pedals, which keeping the torso relatively upright improves breathing and reduces the strain on your back. 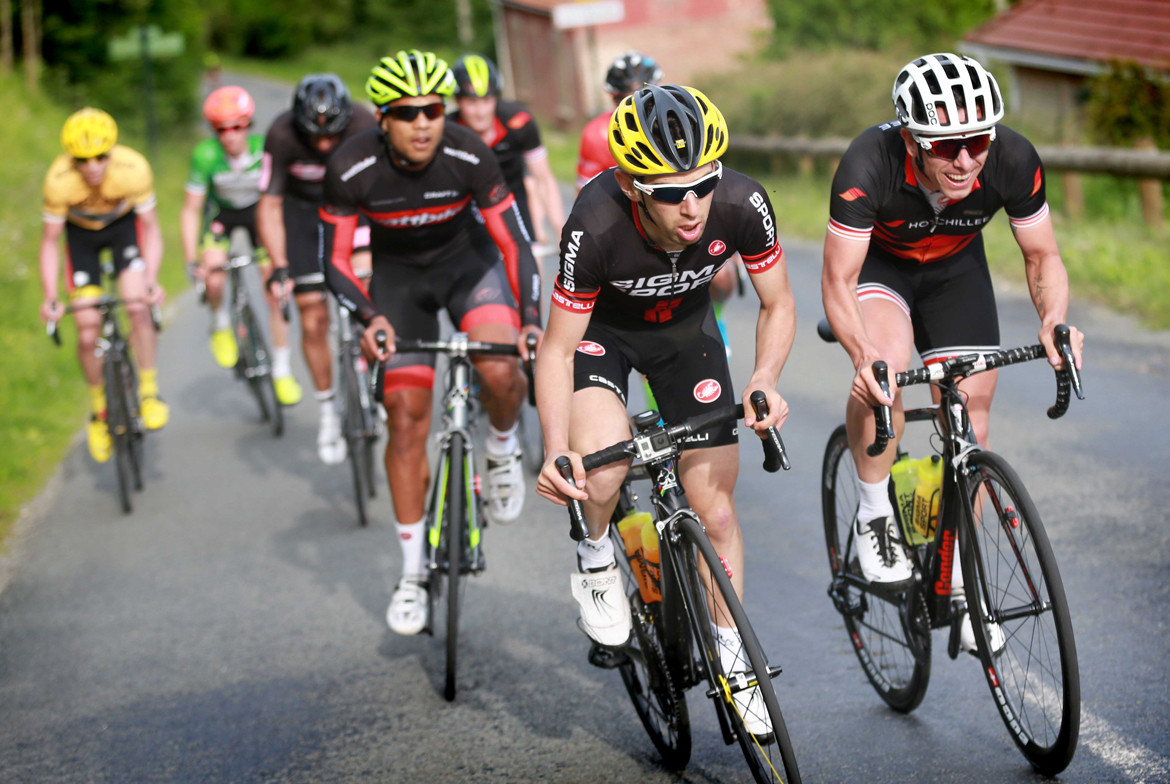 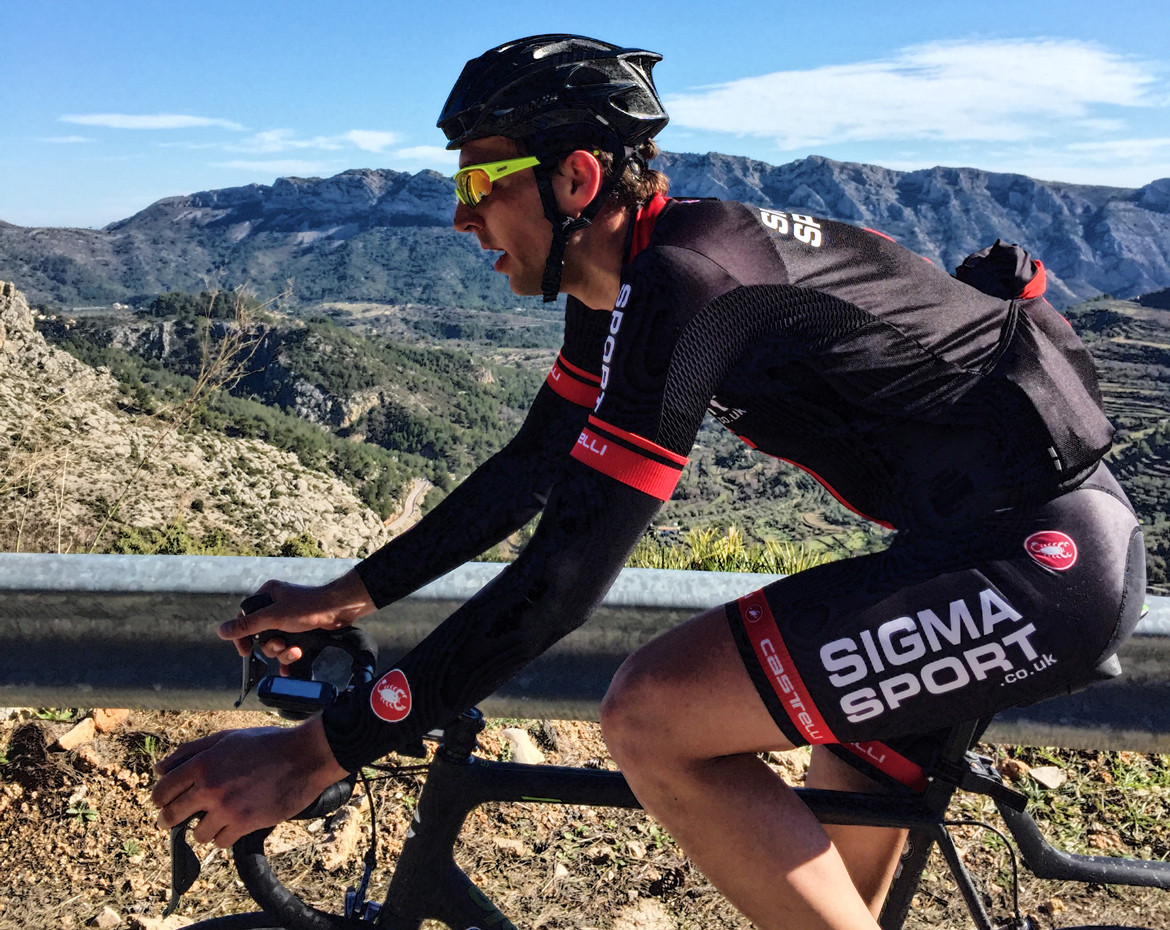 Gearing is key when attempting to climb a mountain. Depending if you're a spinner or a churner will play a big part in ratio choice. Most opt for a large 28 to 32 cassette on the rear and pair it with either a semi-compact 52-36 tooth set up on the front or a compact 50-34 tooth option. 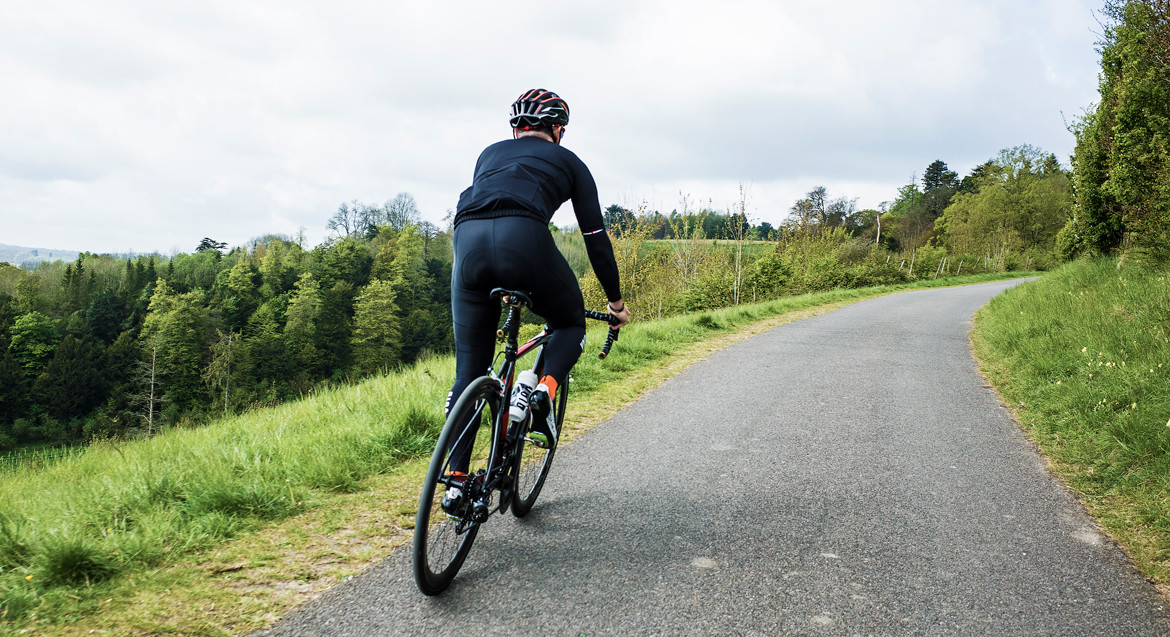 The final point is to make sure you are well prepared for the climb. Ensure you have enough liquid to last you all the way to the top and enough food to avoid that awful bonk half way up.

Lastly enjoy it, there really isn't many better feelings than climbing a mountain by bike!