Being caught out in the dark is not a fun experience. Being able to spot potholes and obstacles is a must if you are training before or after work or commuting. Therefore a good set of lights is essential to both illuminating the road ahead and to being seen.

Lights can be separated into three different groups. Firstly, those that are predominantly designed to warn others, for generally well lit roads and trails. Secondly, those that are made for being seen and providing illumination for partially lit roads. The final group are for the darkest of country lanes and off road riding, where you need floodlight like power.

Exposure Lights makes lights for all three of these needs, with their Trace and TraceR Light Set falling firmly into second group, providing a more than powerful enough beam to illuminate partially lit roads but not designed for off-road use. 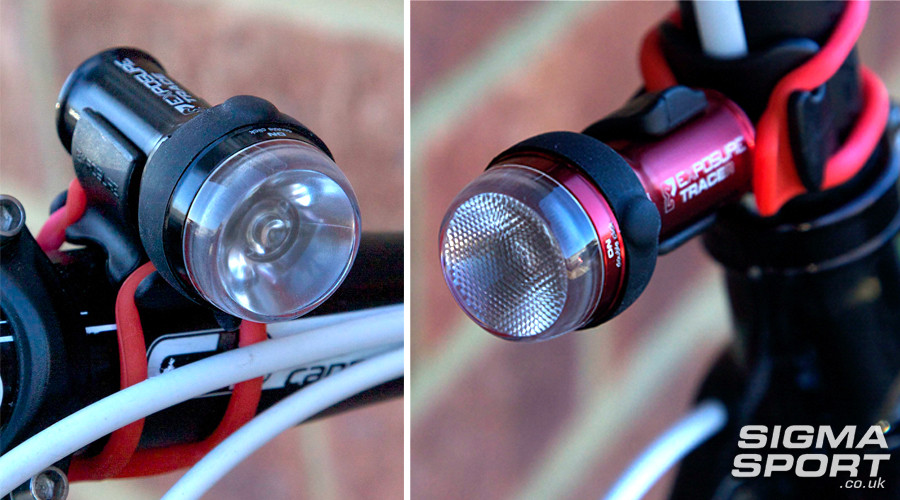 Luckily, autumn and winter in the UK provides plenty of opportunities to ride in the dark. My plan was to test the lights before work on a range of different roads, both suburban and rural.

Straight out of the box the first thing that’s apparent with these lights is their diminutive size. With each light weighing a mere 35 grams, these will easily fit inside a jersey pocket or in an office drawer when not in use.

The included quick release brackets are made out of sturdy plastic and I found them to fit neatly on a range of handlebars and seatposts. The rubber bands, used to secure the bracket to the bike, felt strong and made taking the brackets on and off a simple task. Most importantly the lights simply click in to the brackets to provide a secure hold, even on the roughest terrain I found both the bracket and lights stayed firmly in place without slipping. 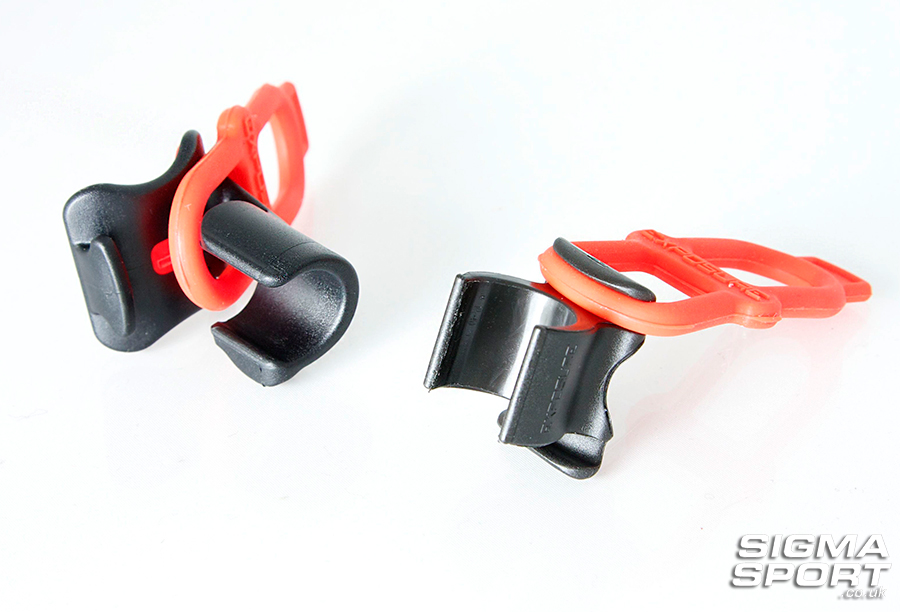 Before setting off it is important to fully charge the lights. You'll find the Micro USB port neatly tucked away under a rubber sleeve on the main body of the light. This enables you to simply attach the provided cable and charge the light from your PC or battery pack. 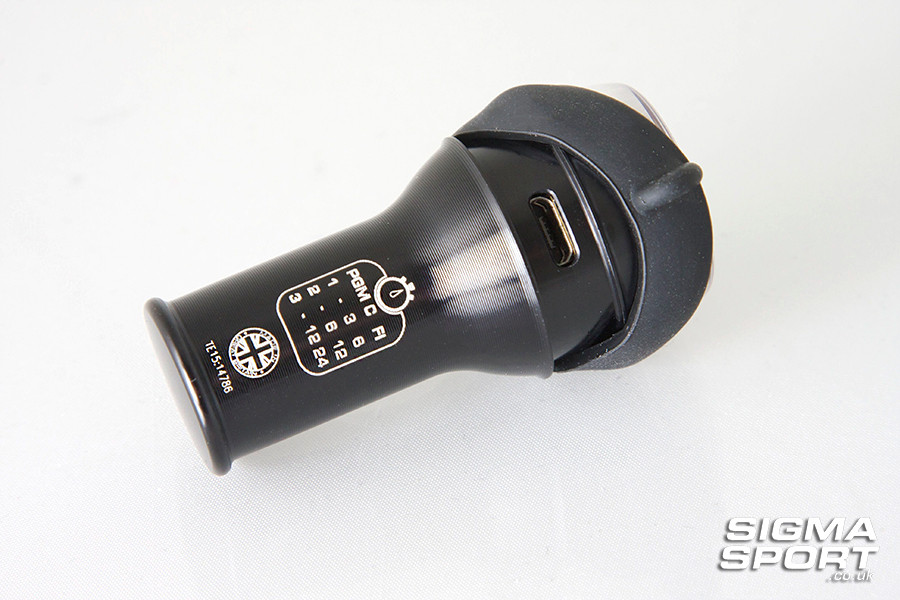 It is worth noting, the rubber sleeve should not be stretched too much as it could snap.

When charging, the lights flash green until they reach a full charge, whereupon they emit a solid green light to alert you to unplug them.

Brackets and lights attached and two clicks of the button turn the lights on, I was ready to get riding.

The Trace front light takes 2 hours to charge from empty and offers 3 brightness modes in both pulsing and constant beams. These can be customised to the rider’s preference using the Optimum Mode Selector. I used this light as both the primary light and as a secondary light, accompanied by an Exposure Diablo.

On well lit suburban roads I found the pulsing beam to be ideal. With excellent side visibility, motorists coming out from side roads and onto roundabouts could see me clearly. The only small gripe with this excellent coverage is that when on pulsing beam the light can be quite distracting for the rider. This is something I found I got used to after time.

Selecting constant mode, the light’s 110 lumen output provided a strong enough beam to pick out potholes and other obstacles on the road. 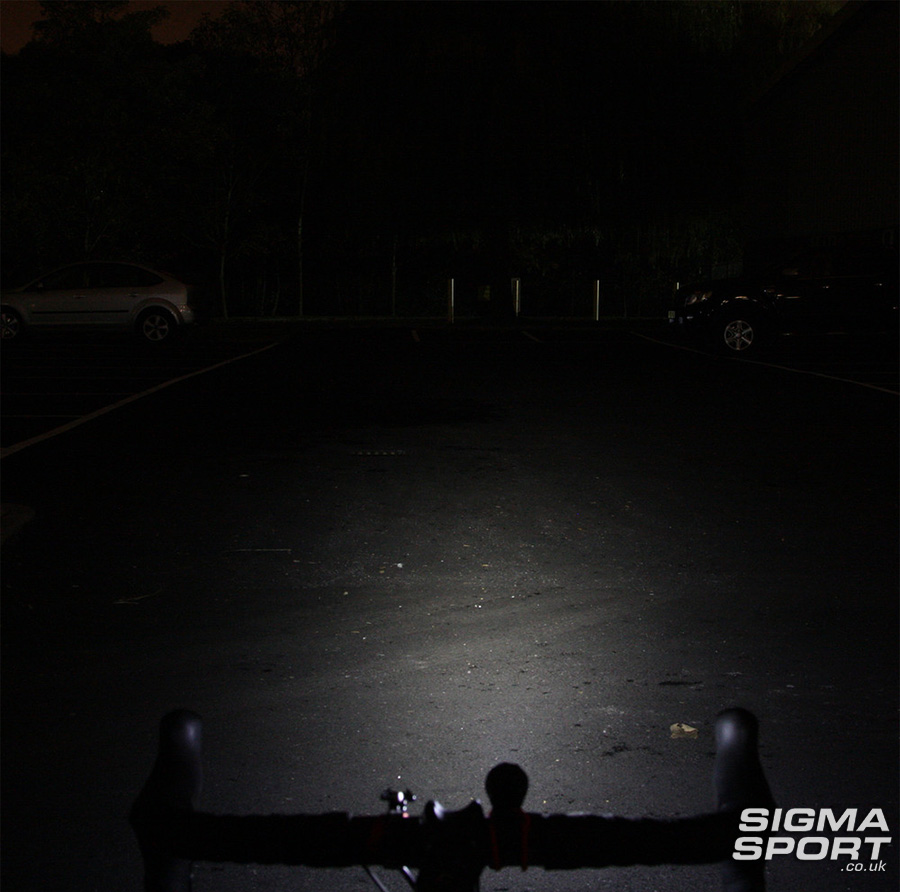 Only when I ventured onto incredibly dark country lanes did the light start to struggle. Especially at speed, the beam was not powerful enough to pick out the changes in road surface. However, when set to pulsate and paired with the Diablo it provided the perfect solution for better alerting oncoming motorists of my presence.

Burn times are impressive and I found even after multiple charges the Trace was providing the claimed 3 hours in high beam mode and a huge 25 hours in pulsing mode. Impressive numbers, which allow you to ride without constantly worrying about running out of power.

When you do need to check how much juice you have left, the Fuel Gauge displays how long you have got before you get left in the dark! Fuel Guage uses an easy to interpret colour coded system, lighting up green when you have full power then moving through, amber, red and endning with flashing red as your final warning to re-charge.

Just like the Trace, the TraceR is available as either a single light or as a set. Slotting firmly onto the back of my seatpost, the bracket can either be positioned pointing slightly downwards or straight ahead.

Every commuter knows a rear light is key when riding in traffic or in built up areas and warning fellow motorists long in advance can help significantly when it comes to road safety.

As with the Trace, the TraceR is a high power light which is charged using a USB. This eliminates the need for forking out on batteries. The wide angle lens provides exceptional visibility and when glancing over my shoulder I could see road signs being lit up by the beam. I even had a passerby comment that my rear light was too bright, at least they saw it! 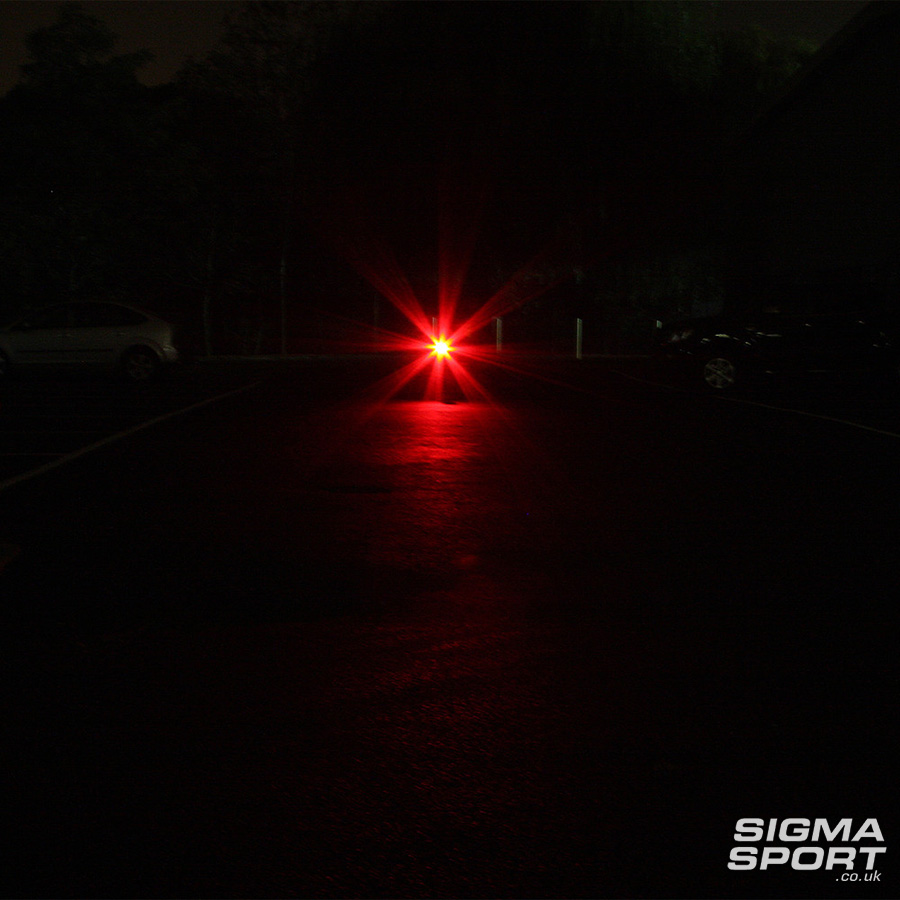 Again, as with the Trace, the TraceR offers 3 brightness settings and both constant and pulsating modes. I found myself leaving the pulsating high mode on most of the time as this proved to be most appropriate for a mixture of town and country riding.

The charge time is an hour more than the Trace and you get 75 rather than 110 lumens and one hour less of power in pulsing mode. Even with, on paper, less impressive numbers I found this light to be excellent.

After numerous months of riding with these lights in the day, in low light, at night and on a range of roads, I found them to be both dependable and functional.

The simple quick release bracket made the set versatile throughout my week of commuting and riding.

Exposure’s CNC machined aerospace grade aluminium body shrugged off the worst of the weather. Although it is worth making sure the rubber seal that covers the charge port is in place before you ride in the rain, to stop water from getting in.

For rural riding I have found the Trace to be perfect as a secondary light, flashing alongside my Diablo and for better lit roads I found it able to hold its own as a primary light.

Whatever the conditions, the TraceR really impresses. The beam is direct, powerful and reliable.

If you are looking for a sub £100 light set for well lit/ partially lit roads, Exposure’s Trace and TraceR are ideal. For anything for extreme I would suggest a Diablo or Race with the TraceR or Blaze would be the perfect combination.