In the last few years, road cycling has undergone a somewhat substantial evolution. Whilst our power meters, aero wheels and lightweight kit all still matter and play an important part in our sport, there has been more consideration towards those who want to get back to the basics of what riding a bike should be about. Exploration, freedom and just having a bit of fun.

It all started with the introduction of disc brakes allowing for wider tyres, better frame clearance and manipulation of frames into new shapes that were previously unachievable with caliper brakes. Making for a more comfortable ride and a more versatile bike. 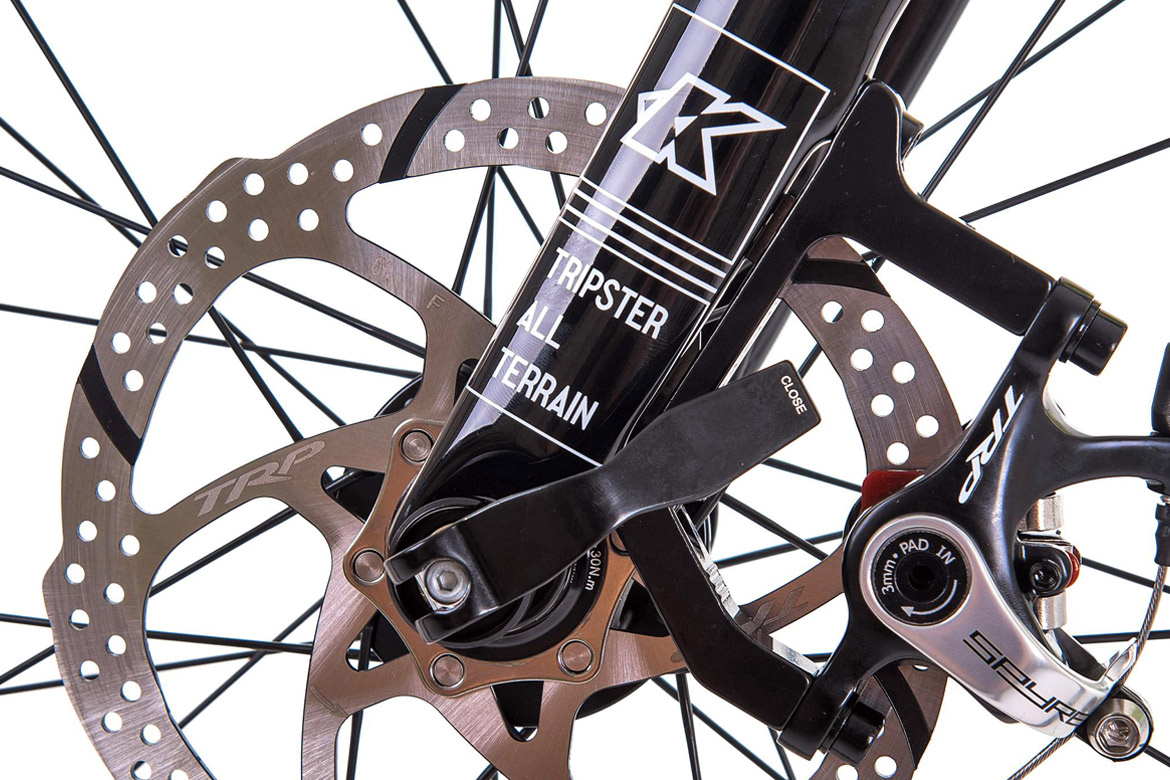 Since then gravel riding has become an increasingly popular departure from traditional road riding and gravel-specific bikes offer more freedom and variety than a standard road bike can offer whilst still being perfectly at home on a Sunday morning group ride (provided it doesn’t get too feisty).

With that in mind, I managed to get my hands on the new Kinesis Tripster AT for a couple of weeks. 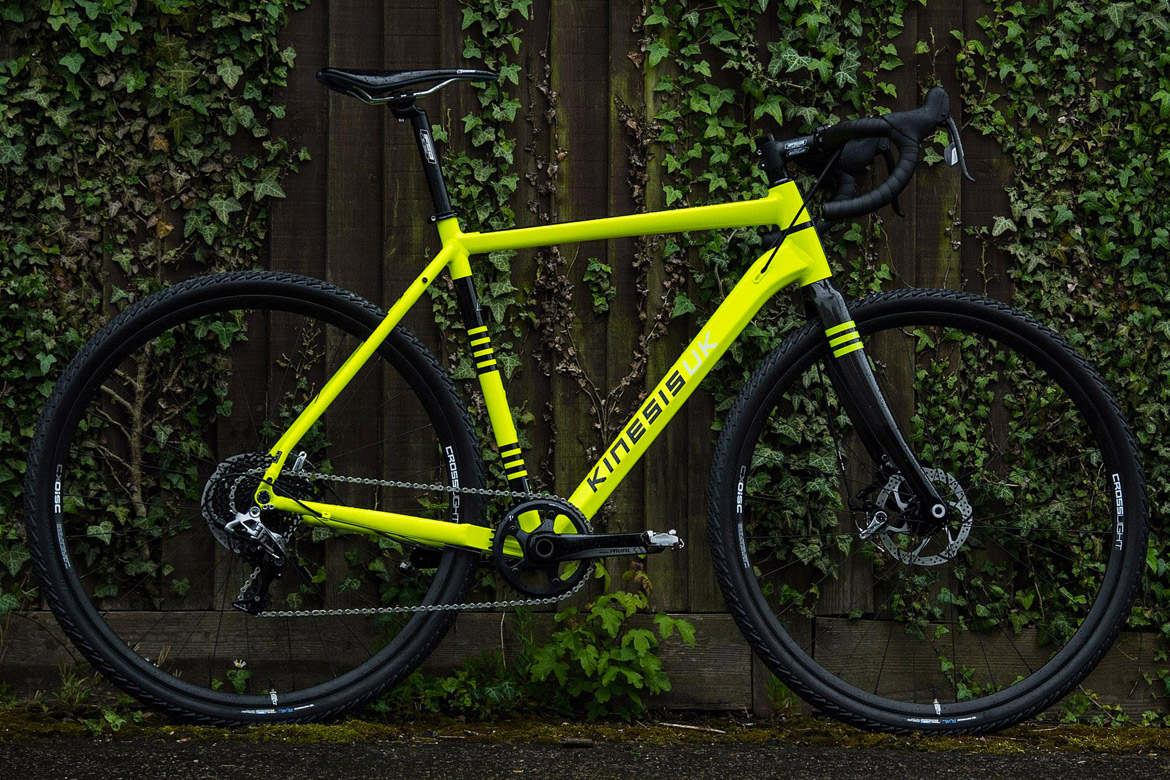 Designed with input from the late, great Mike Hall, organiser of the Transcontinental ultra endurance race, the AT is ready for the adventure. The AT uses an alloy frame that takes its roots from the Tripster ATR, which is the older titanium version, currently in its second generation. 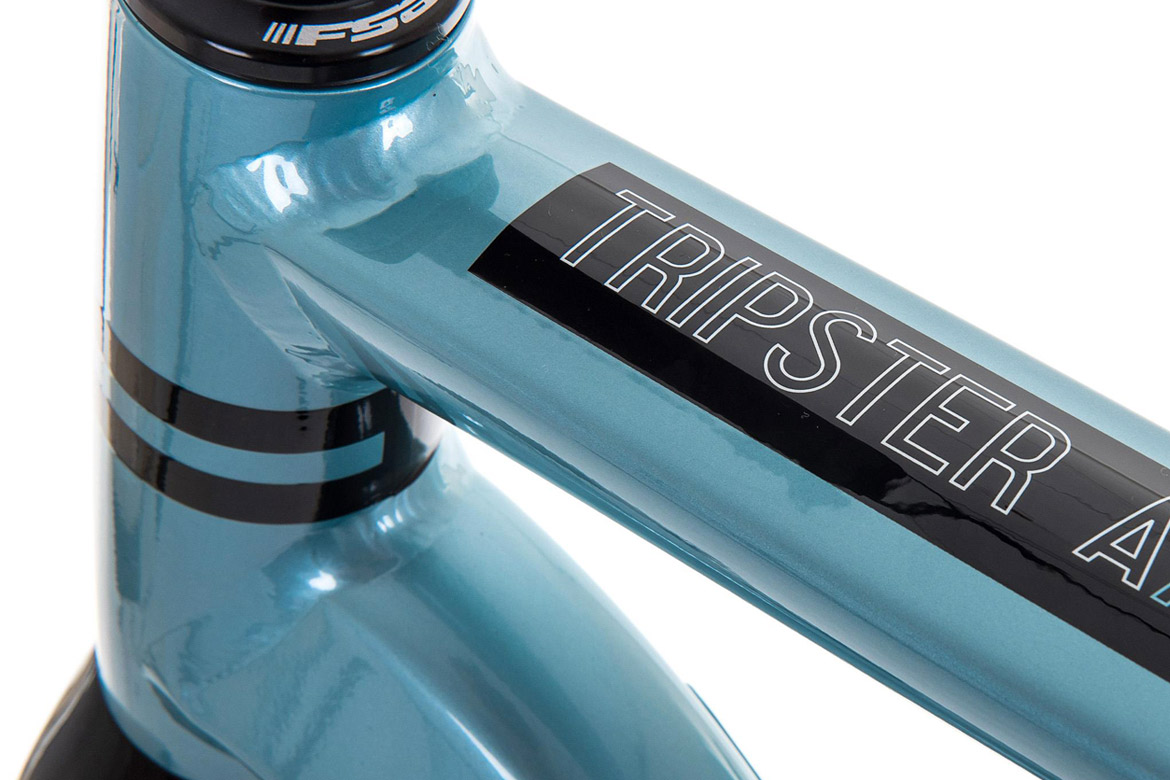 This isn’t just a carbon copy of the ATR in alloy form. It does retain the geometry of its titanium cousin but from there Kinesis have added some great touches to the AT, adding to its practicality.

The top tube and downtube have been shaped to better accommodate frame bags, along with some nice decals which are designed to hide frame bag straps. Three bottle cages provide plenty of storage for water or an additional tool keg. 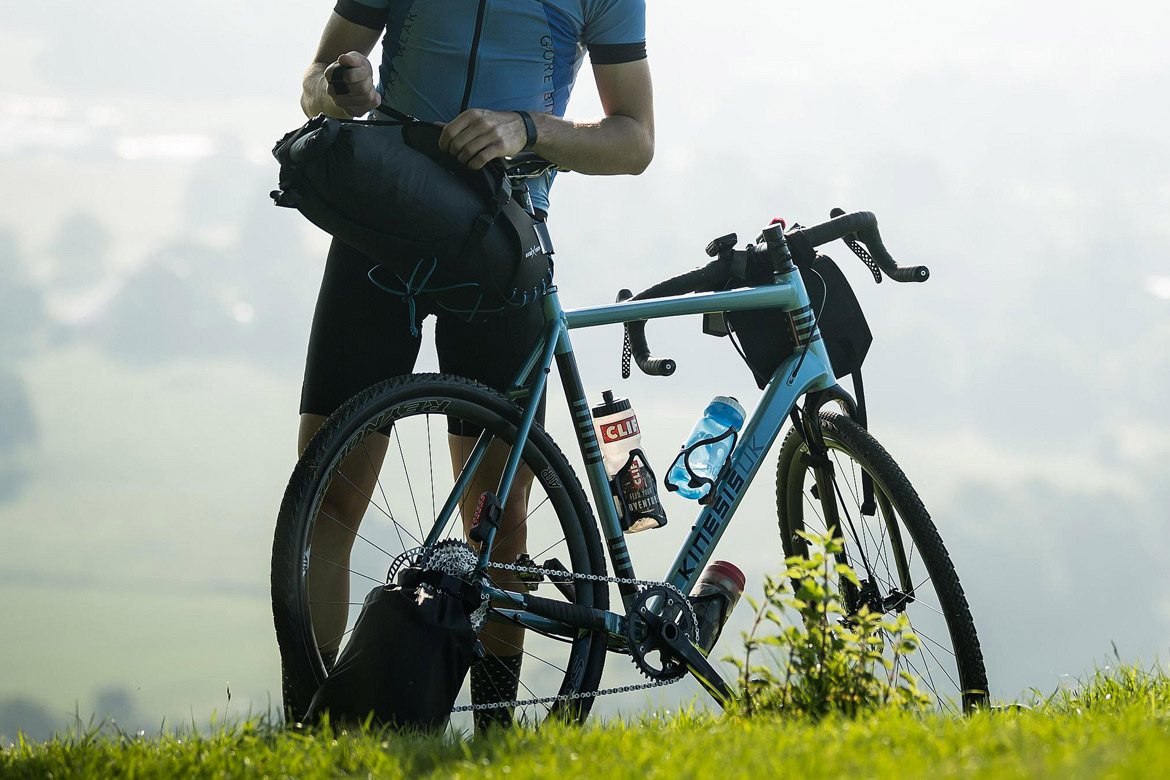 By far, my favourite feature is frankly the enormous tyre clearance. The claimed clearance for the frame is 45mm for a 700c wheel and 52mm if you want to put 650b wheels in there. I can’t foresee a situation where I’d find that clearance limiting in any way. Plenty of space to get a wide off road tyre on there or some 40mm slicks if you want to take advantage of the mudguard eyelets to convert the bike into a winter steed or commuter (pannier mounts are incorporated as well). 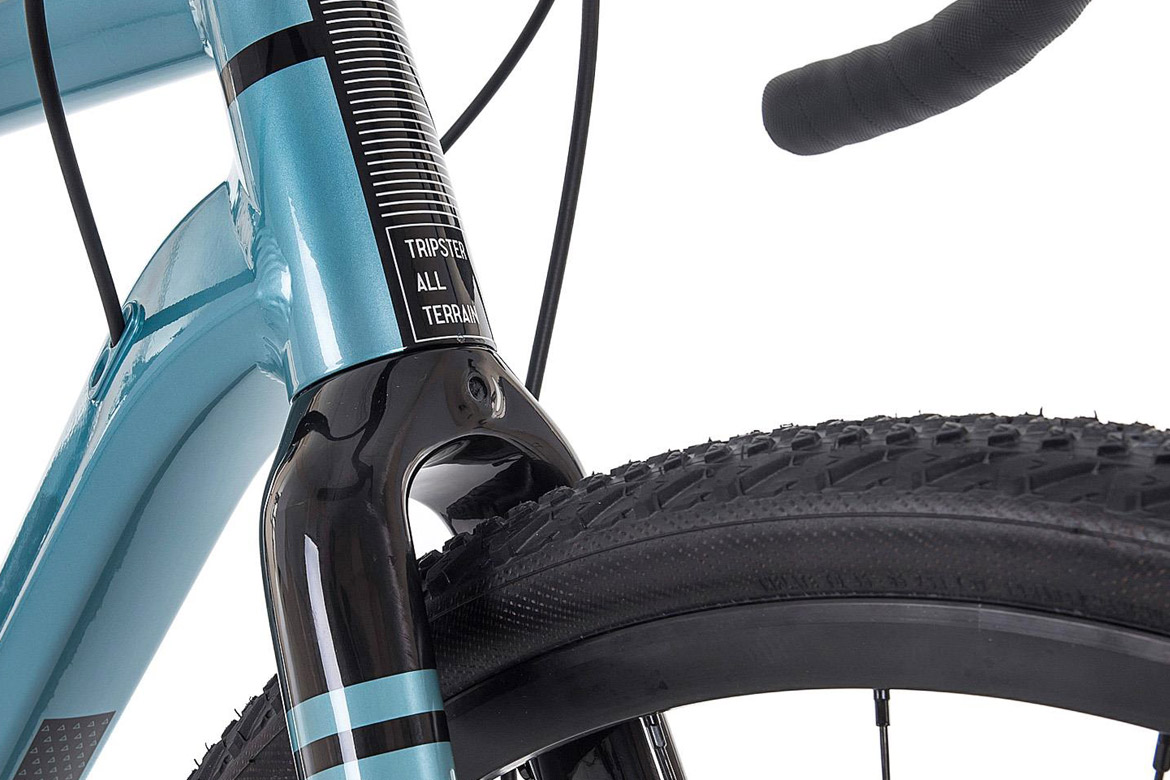 It’s also worth noting that the Seeon Yellow colour I was sent really popped in low light and if I was using it as a commuting machine it would certainly give me more visibility (an added bonus is that I think it looks awesome as well). 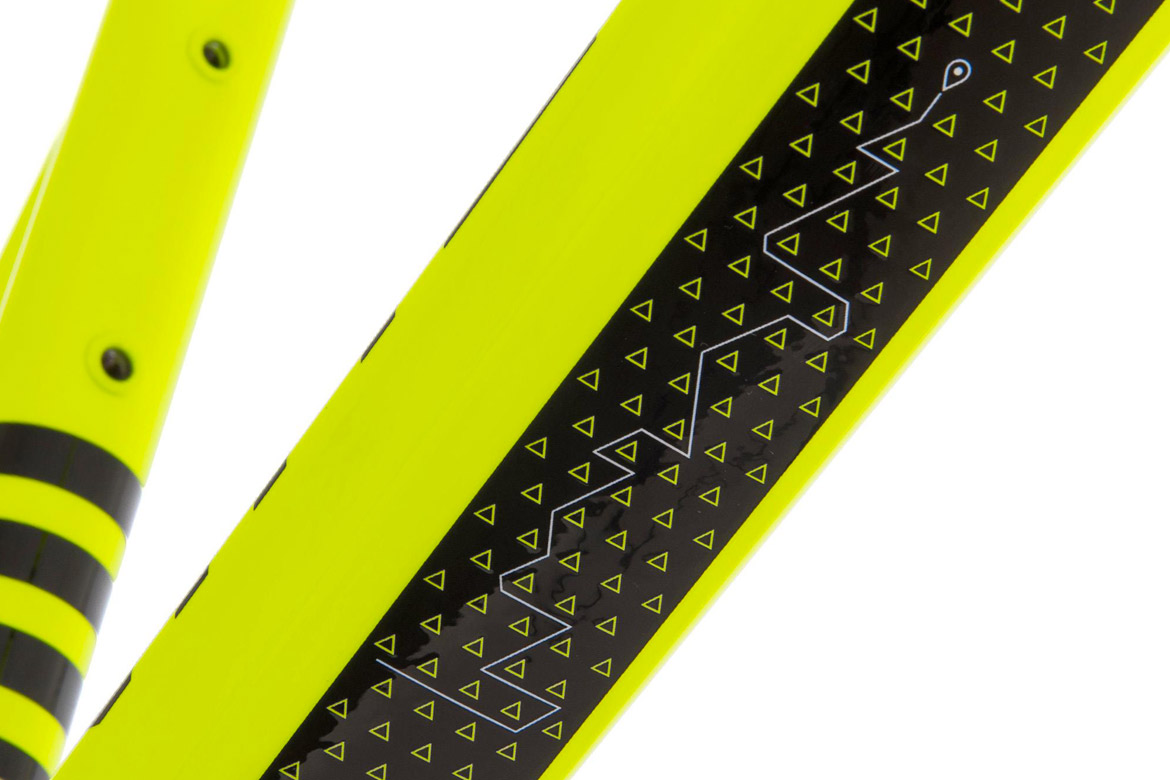 The build I was sent came with a 1X11 build kit which includes everything you would need to build a complete bike: groupset, bars, wheels, tyres, seatpost, saddle etc. 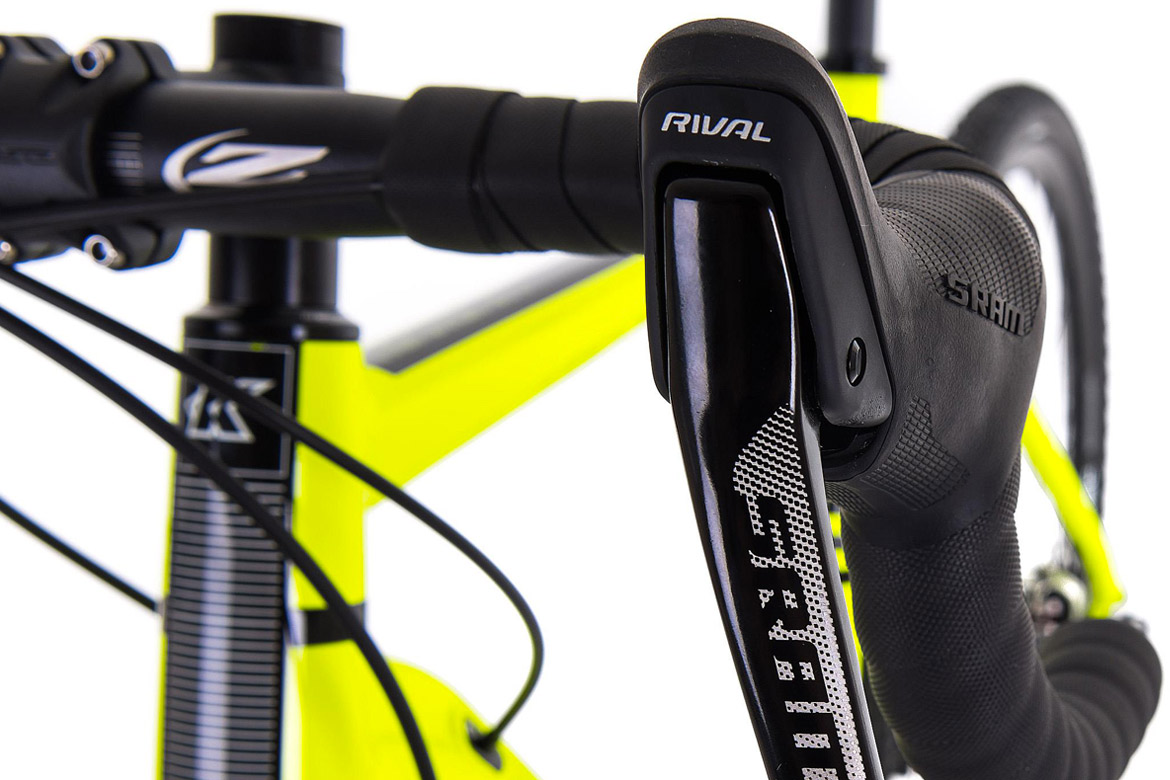 From the moment I sat on the AT I could feel it was a completely different set up to my road bike. The two noticeable things were how high up I was sitting due to the higher bottom bracket, the second being the tall head tube and shorter top tube left me in a more upright position than I’m used to. Not a bad thing for riding off road but it feels a little unusual at first on the road. 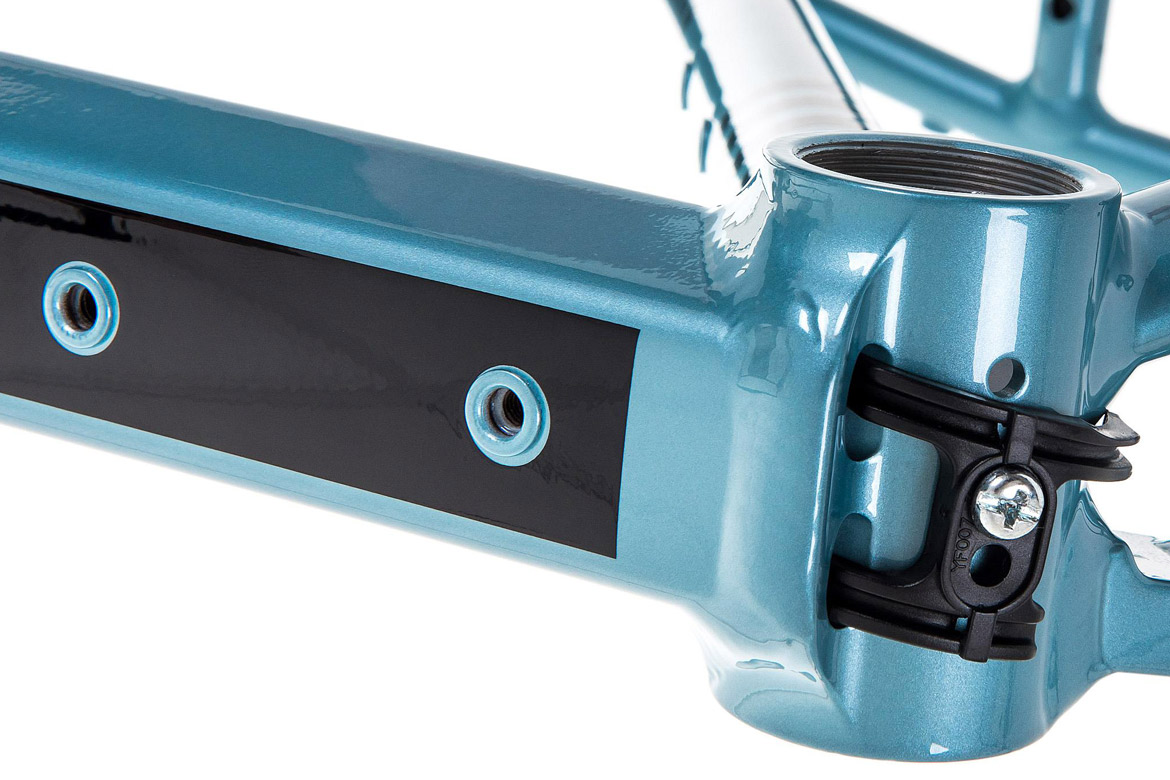 With this new position, I covered the first few miles of my ride on tarmac before heading onto my first gravel track. It’s here that the more relaxed geometry starts to really make sense. The tall front end takes weight away from the bars making the steering quick, light and easy and the raised bottom bracket gives that little bit more clearance for riding over roots.

As someone with limited off road experience I was surprised that I had not had any scary moments or worries that the bike wouldn’t go where I wanted it to and even when I chucked the bike well outside of its comfort zone, down what could only be described as a single track, the AT still took it all in its stride.

Once back on the road the bike still felt relaxed but far more stable than would be familiar to any hardened roadie. Riding on roads that I’m used to on my road bike, it hadn’t escaped my attention that I was able to direct some of the badly paved corners with much greater confidence. No doubt mostly contributed to by the 45mm tyres at 40 psi. The stable ride and better grip would translate into a good winter/commuter bike. 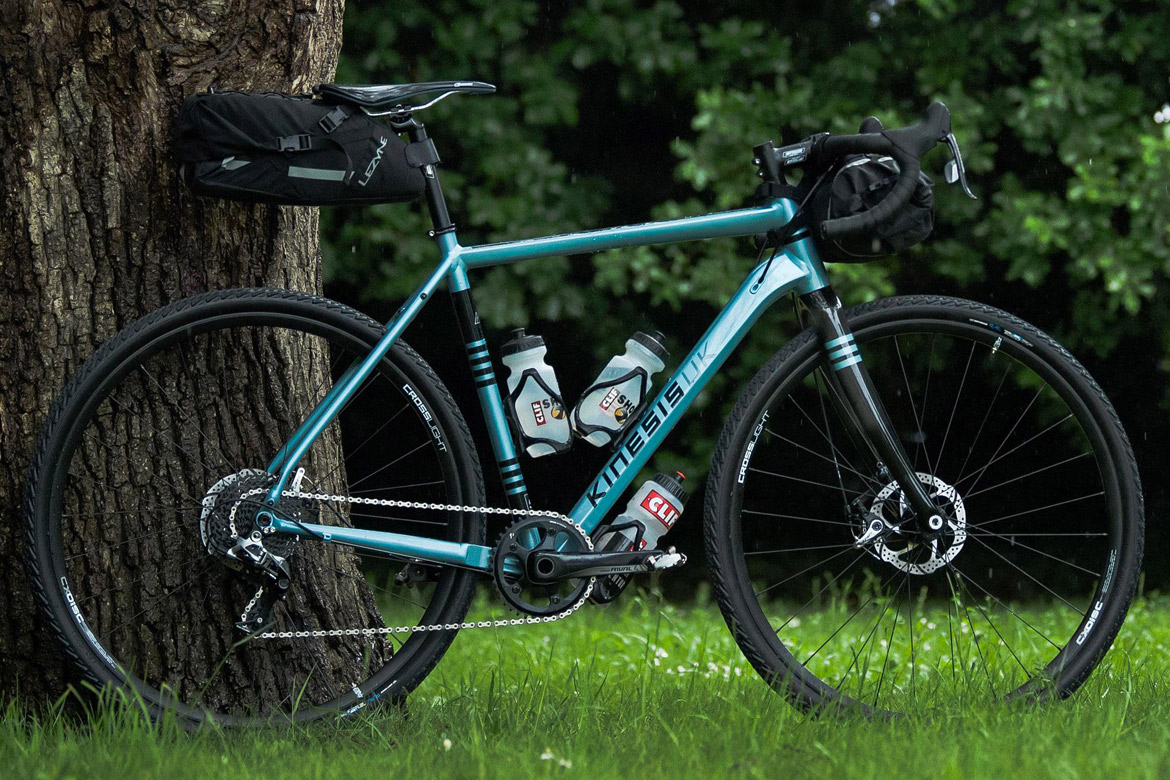 The AT frame comes in at a little over 1.8kgs for frame and fork and if you concentrate hard enough you can feel this added weight when accelerating and climbing. It requires a little more encouragement to pick up speed than a lighter out and out road bike. The CX V4 wheels the bike came with are hardy and feel solid but aren’t the lightest either. I think you could improve the acceleration and climbing ability of the bike by speccing a different wheelset (Hunt’s Carbon 30 Gravel for example).

Moving away from the frame, if it were my own bike I would definitely equip the bike with hydraulic disc brakes instead of the mechanical TRP Spyres provided. Whilst the Spyres are a great budget option and no doubt the best mechanical disc brakes out there, they are still no match for the modulation, power and single finger braking that hydraulic brakes offer. I did end a two-hour ride with tired hands from repeatedly pulling hard on the mechanical levers, an hour or two more and I suspect braking would have become a real chore.

My experience riding the Tripster AT has left a strong impression. I loved the comfortable, stable ride and I think Kinesis have made the right move in retaining the geometry from the ATR. The real party piece is the AT's off-road ability and capability to carry frame bags, mounts and mudguards. 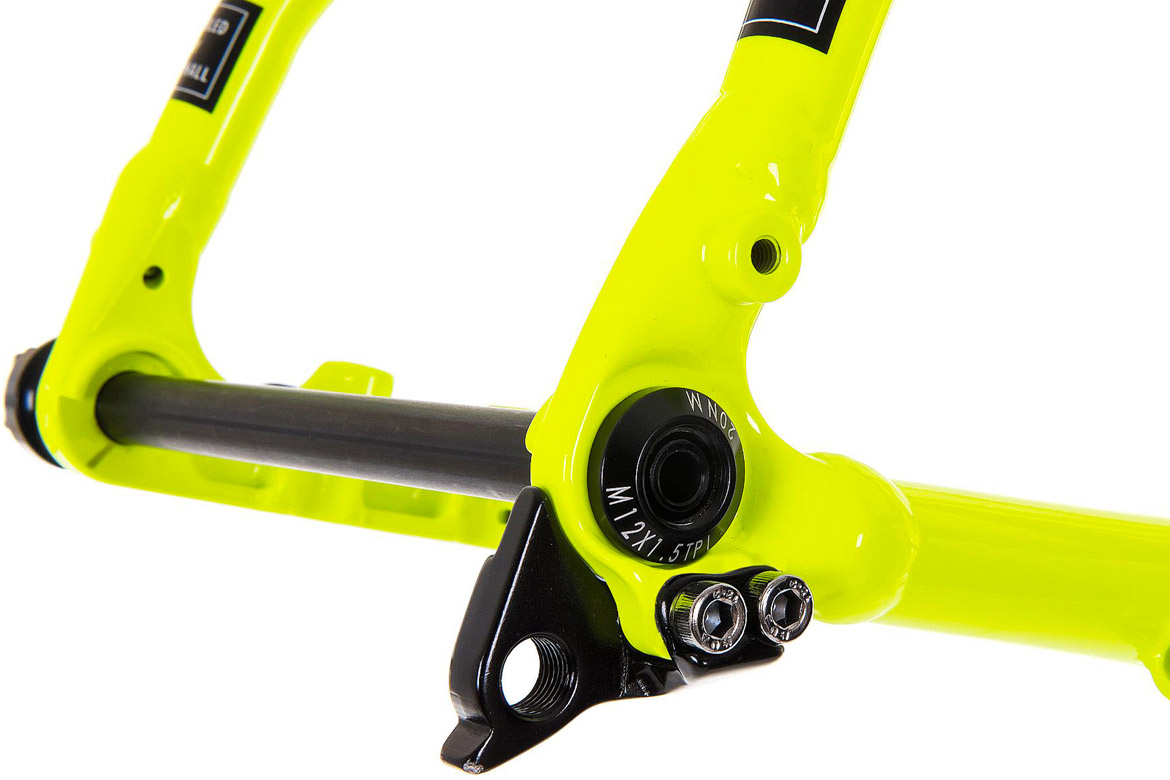 So if you fancy something a bit more adventurous or just a great multi purpose frame then I wouldn’t look much further than the Tripster AT.