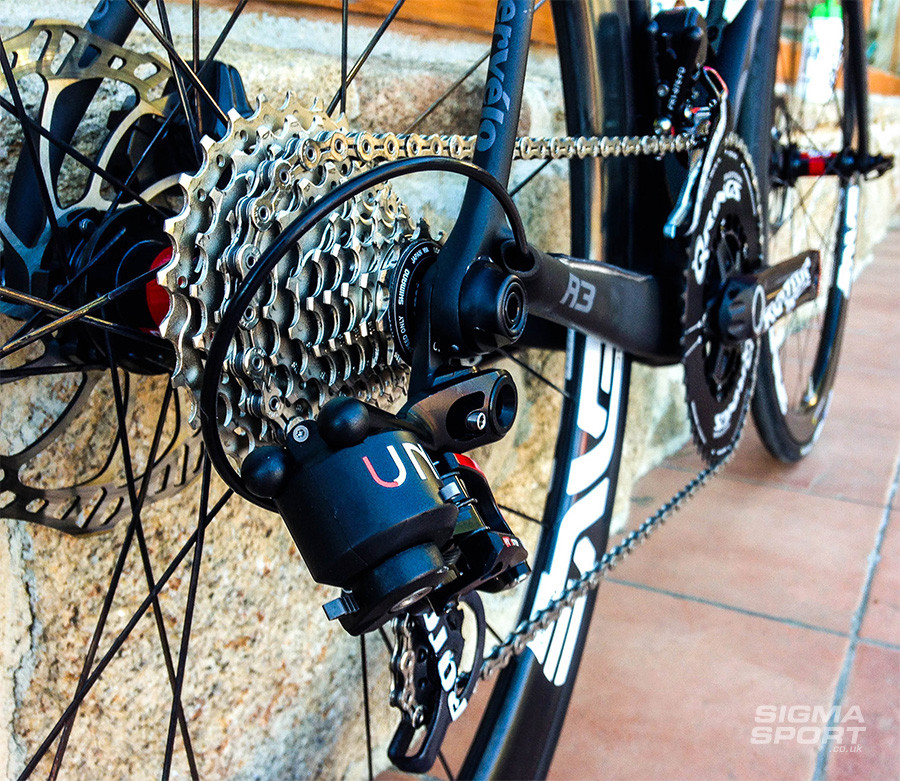 As one of the most hotly anticipated pieces of tech in a while the new Rotor Uno hydraulic groupset has certainly been on the radar of cycling enthusiasts since it was unveiled at Eurobike last year. We headed to the Spanish company's headquarters outside of Madrid to get a hands-on look.

Rotor have been at the forefront of drivetrain design and engineering for over 20 years, with the development of their ovalized Q Rings back in 2006 providing just one example of how the company has shaken up component design.

The Rotor Uno hydraulic groupset started its development six years ago as Rotor's Head Engineer and co-founder, Pablo Carrasco, wanted to create an entirely 'Rotor' manufactured drivetrain, rather than constantly having to satisfy the specification of other Industry leaders like Shimano.

After a huge amount of development and testing alongside Rotor's sponsored teams, including the Data Dimension men's World Tour and Cervelo-Bigla women's teams, the groupset is finally ready for the masses.

With a price point set at £2400, the Uno is definitely positioned as a top-end option for riders who crave only the best performance. Weighing in at 1655 grams (without the crankset) the Uno claims to be the lightest top-end disc groupset on the market compared to 2021 grams for Shimano's Di2 Disc groupset and 1703 grams for the SRAM Red eTap.

These are certainly some impressive numbers so let’s dive down deeper into the specifics and how the groupset performed out on the road.

The 'Hydraulic' and the 'Smart-Tech' link to the fact that there is no friction in the system. In this sense, the hydraulic hoses can be fed around any area of the bike without it affecting the efficiency and durability of your shifting as it does in mechanical groupsets where cable drag is a persistent threat. This means that once set up, the groupset requires very little maintenance with a lasting feeling of smooth activation on the shifting. 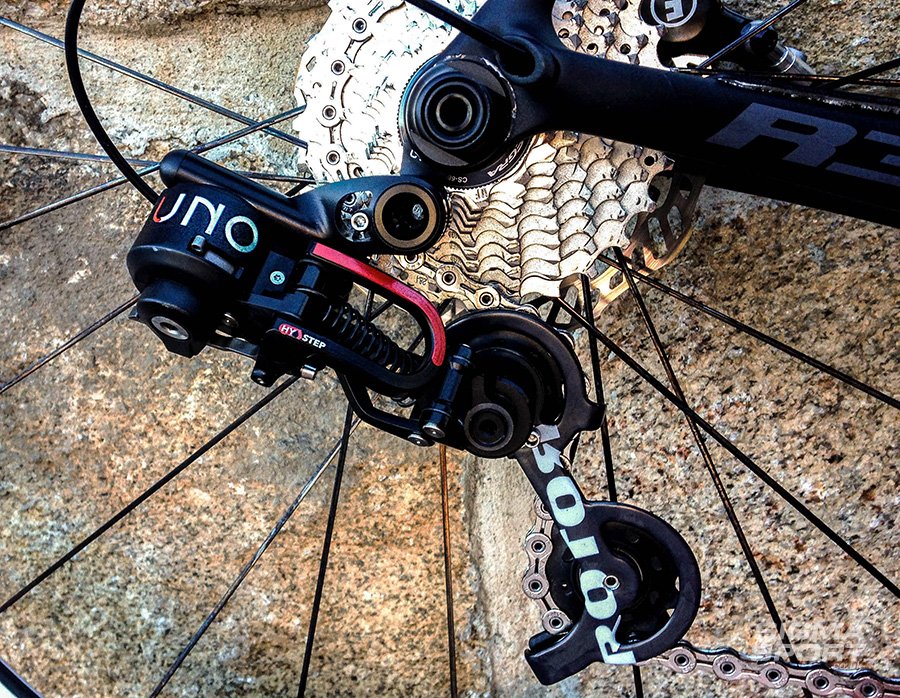 Despite the rear derailleur’s admittedly complicated look it is in fact surprisingly easy to configure and maintain. Aligning the gears is easy with simple one-cog alignment and the ability to lock and unlock movement is a neat feature for anyone who travels a lot with their bike as it reduces the threat of damaging impacts. 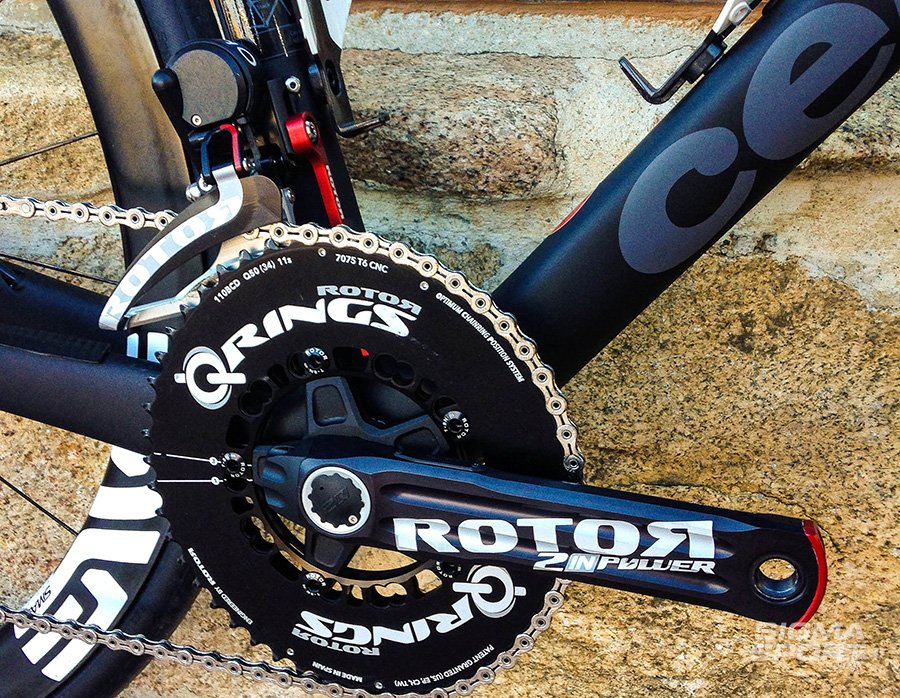 As with the rear, the front derailleur is designed for accuracy and smoothness with very little maintenance. Indexing on both the front and rear derailleur has been moved from the shifter to the derailleur and this eliminates the threat of ghost shifting. 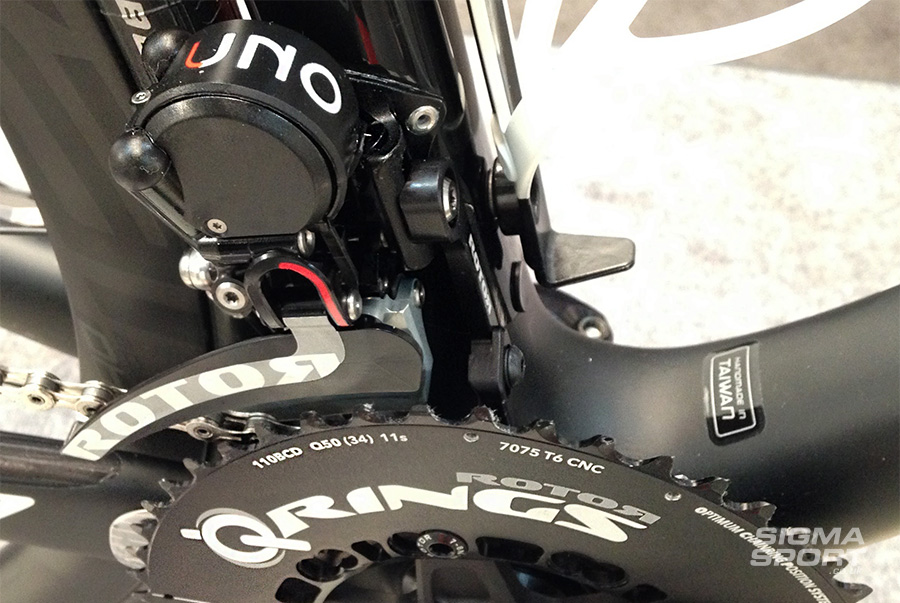 The front derailleur has a double trim on both the big and small cog. In reality, this means each cog has both an upper and lower trim that allows you to dial in the accuracy of your drivetrain. This sounds complicated but in actuality feels very intuitive and smooth when out pedalling; especially when you require a quick shift from the big to the small ring or vice versa. 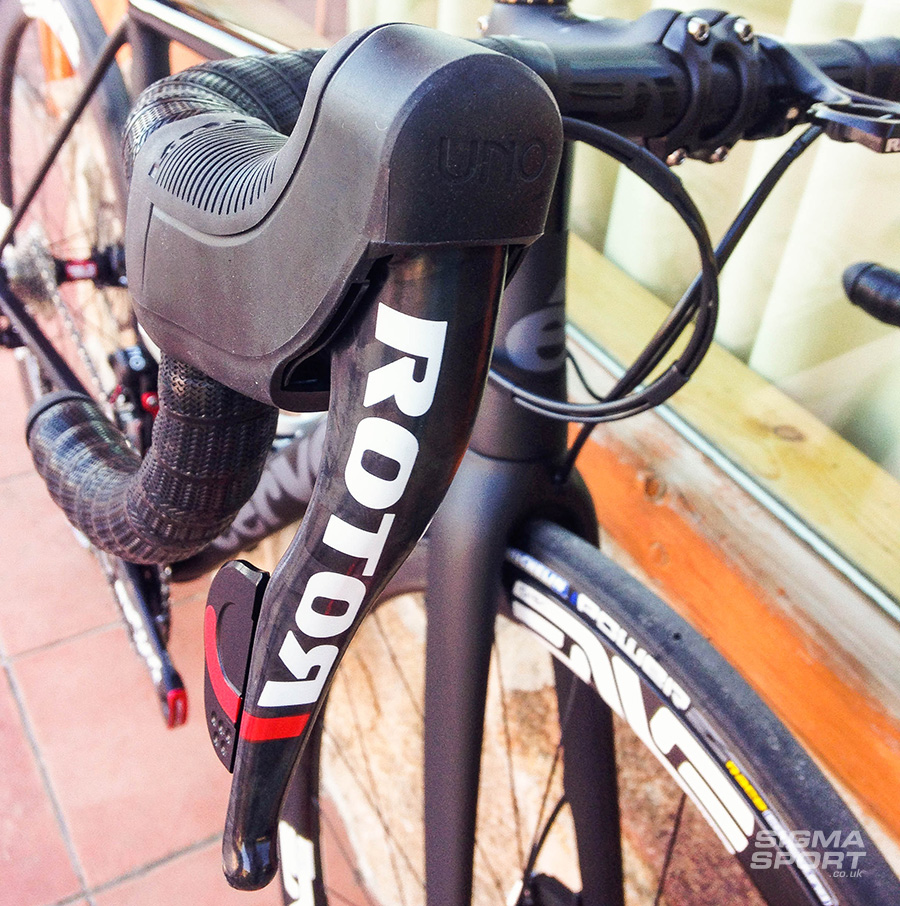 When the Uno groupset was first unveiled one area that had many consumers and critics worried was that the system would be overly complicated. Rotor have gone out of their way to make the groupset as intuitive and simple to set up and maintain as possible. Easy-access bleed ports on the hoods are just one example of this and these ports also ensure that bleeding the system can be a one-man job.

The shifting system is setup with a single shifting lever. Similar to SRAM's DoubleTap system, the levers require a short push to shift up and a longer one to shift down. The levers can also be swapped so you can have your rear shifting on the left if you so wish.

This shifting setup requires a little getting used to if you are used to Shimano's configuration but after a couple of miles, I soon found my feet. What struck me about the levers was how they combine a responsive and tactile mechanical feel with the preciseness of an electrical system; definitely the best of both worlds.

The brake lever itself is constructed from carbon fibre while the gear levers are made from Rotor's signature CNC machined aluminium. The reach can also be adjusted easily via a screw located on the top of the hood.

One thing that will certainly strike riders initially with the hoods is how wide they are. This is purely for comfort reasons and, contrary to popular belief, not to house the hydraulics. In fact, the hose system means that virtually any size hood would fit over the mechanism and Rotor will be releasing different sized hoods at a later date.

For riders like me who like to climb on the hoods, the larger size certainly enhances comfort on tough and long ascents as it helps to significantly reduce pressure on the centre of your hand. 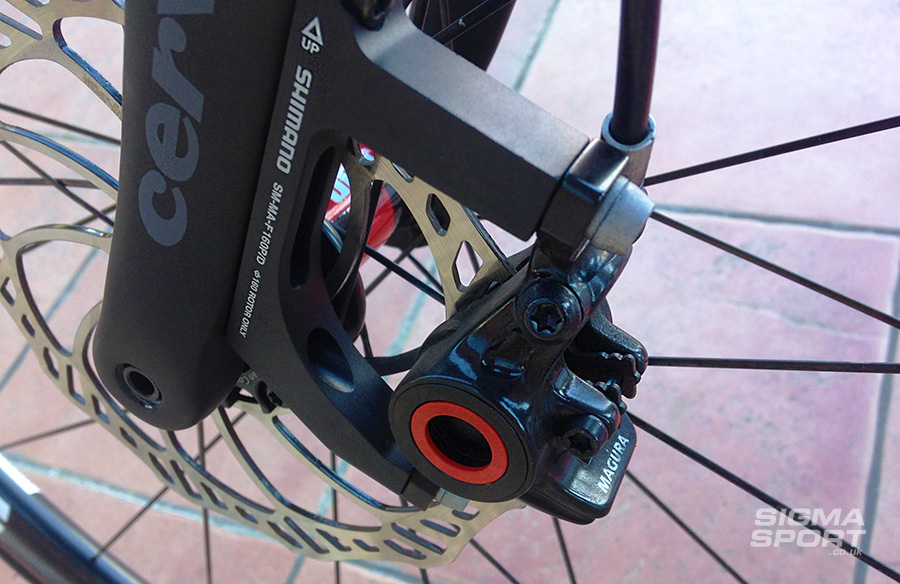 As the experts in hydraulics for over 100 years, Magura seemed a logical partner for Rotor's first foray into hydraulics. Magura provide the braking for both rim and disc brake options.

For the disc model, which is the main focus for the Uno groupset, Rotor use 160mm six-bolt rotors for maximised heat dissipation. The brake system uses Magura's Royal Blood oil as it provides the best feel and heat modulation. The gearing uses a Glyco solution that is part water. This helps to keep the shifting smooth and responsive with very minimal upkeep. This solution also makes the system stable across a wide range of temperatures with a guaranteed range between -15˚C and 80˚C.

Post or flat mounts will be available for the brakes and a bleed kit and the necessary installation tools will be included. 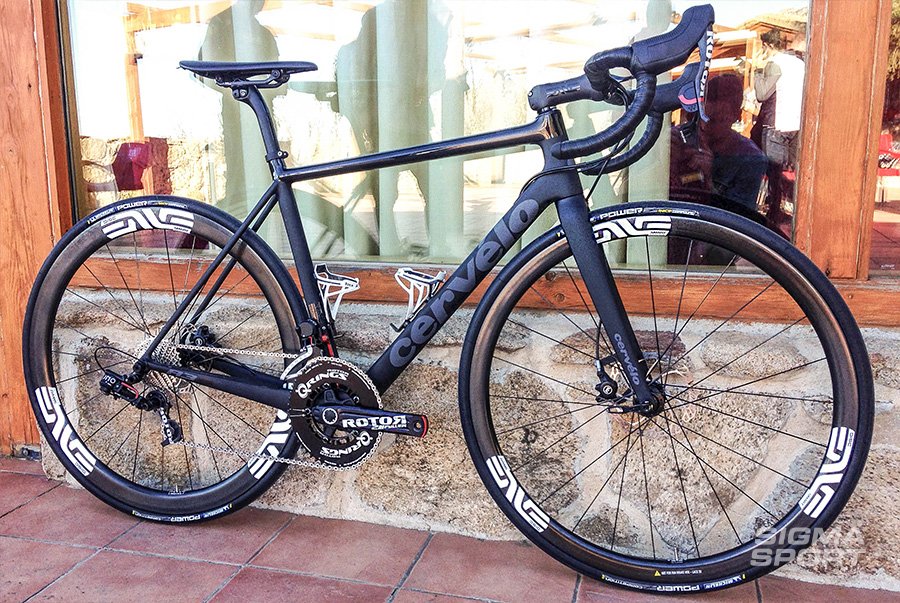 While the choice to use hydraulic rather than electric shifting may seem antiquated to some, the combination of all of the best parts of both mechanical and electronic systems makes the Uno a highly compelling package. The £2400 price tag means the groupset is certainly going to be exclusive but with that exclusivity comes some incredibly smooth shifting with very little upkeep after the initial setup.

Through my two test rides, I was taken aback by how tactile the shifting felt. The marriage of the mechanical lever feel with the precision of an electronic system is certainly something that will be appreciated by riders looking for a comfortable and performance-focused edge on the competition.

The brakes are also fantastic. On a long and fast 8% descent, I dragged the brakes for over 30 seconds and this had no effect on their responsiveness or effectiveness and the levers are comfortable and ergonomic whether you are on the hoods or in the drops.