It may be nearing the end of the season but that doesn't mean the racing isn't just as fast and furious as ever. The Vuelta a Espana is Spain's grand tour and for 2017 is sure to provide 3 weeks of captivating racing. 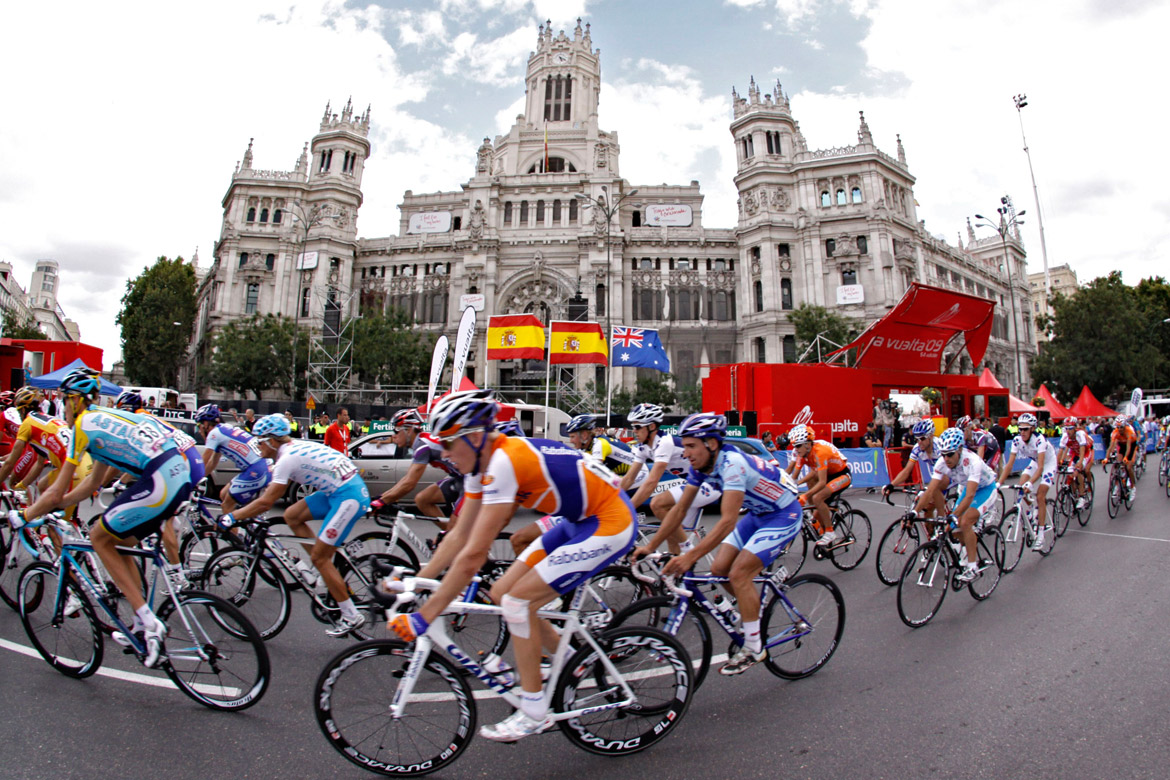 First run back in 1935, although the baby of the three grand tours, the Vuelta has gained popularity by providing exciting and unpredictable racing, it's no wonder some of the sport's best riders have targeted this stage race.

The race has been held annually since 1955, prior to this, editions were interrupted due to the Spanish Civil War and World War Two.

The 1935 edition, saw 50 riders set off to tackle 14 stages, averaging over 240 kilometres per stage and resulting in a combined distance of 3,411 kilometres.

Originally held in the spring, in 1995 the organisation moved the race to September so as not to clash with the Giro d'Italia. This change in date means the Vuelta is the perfect preparation ground for many pros, looking to hone their form ahead of the World Road Race Championships in October.

Often visiting France, the race is usually made up of a series of mountainous stages, with limited opportunities for sprinters, it's no wonder the role call of previous winners reads like a who's who of the world's best climbing talent.

Holding the title for most overall victories, Roberto Heras, dominated the race in the early 2000's, winning four editions.

The leader's jersey has changed colours numerous times over the race's history, from orange in 1935 to white in 1941, before moving back to orange in 1942. A rather jazzy white with a red stripe was adopted between 1945 and 1950 before the iconic yellow jersey was instated in 1955. 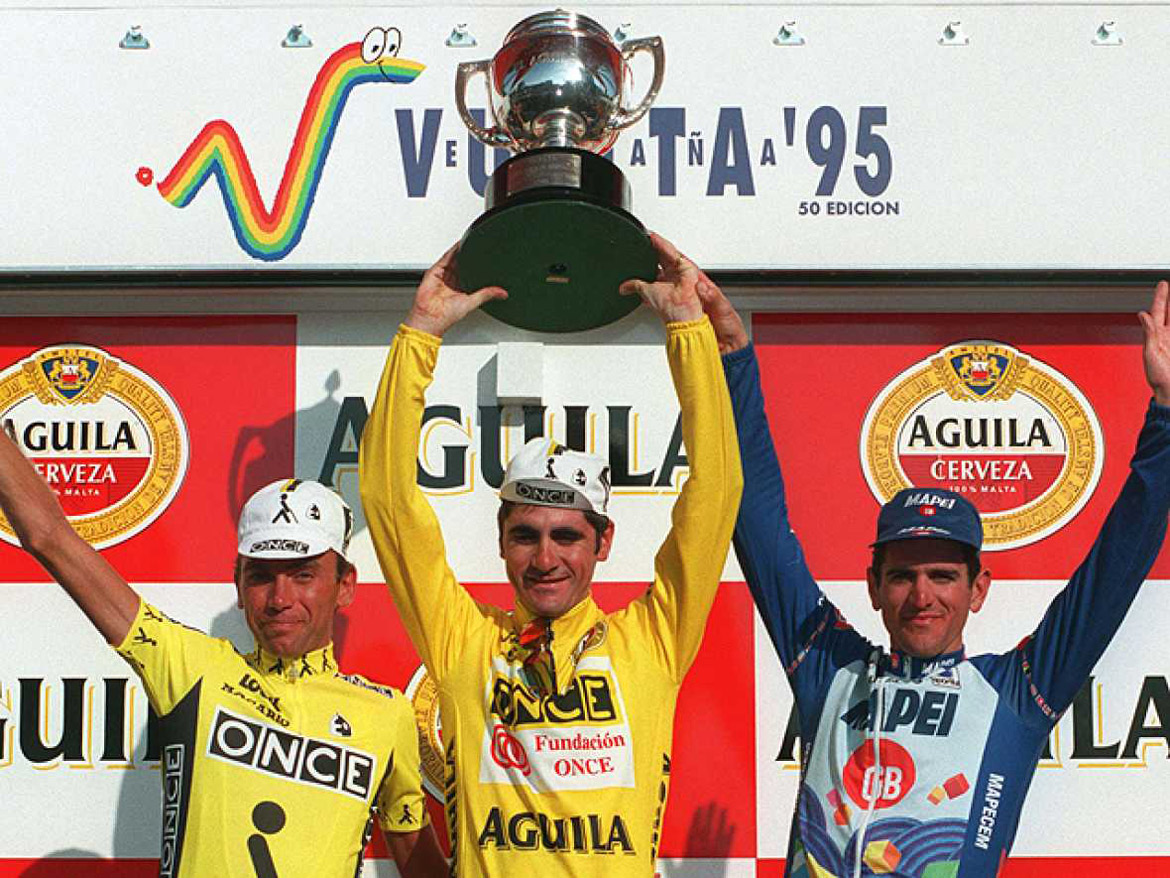 This remained in place, barring a random switch to orange in 1977, until 1998 when, to distinguish it from the Tour de France's Maillot Jaune, the jersey was changed to a golden hue. 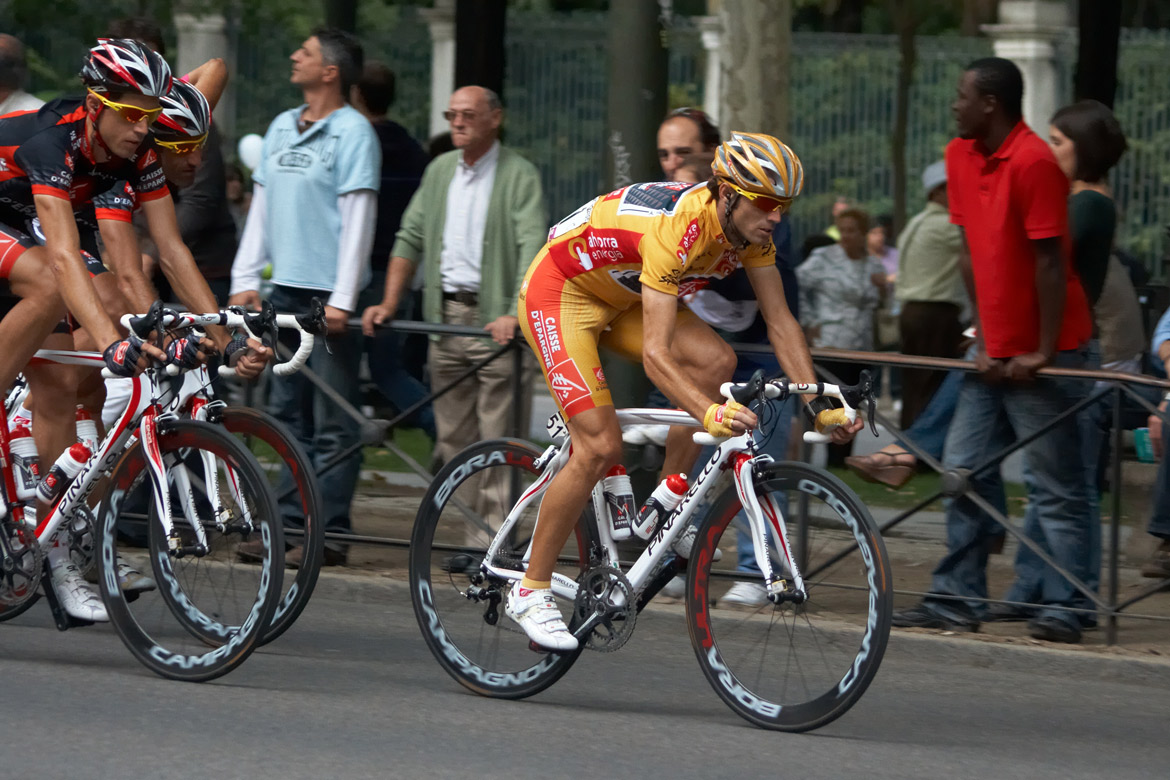 Since 2010, the leader's jersey has remained red. Slightly less chopping and changing has occurred when it comes to the other classification jerseys, with the points, King of the Mountains leader's using green and polka dots mirroring that of the Tour de France, while the combination jersey is a rather sporting white affair. 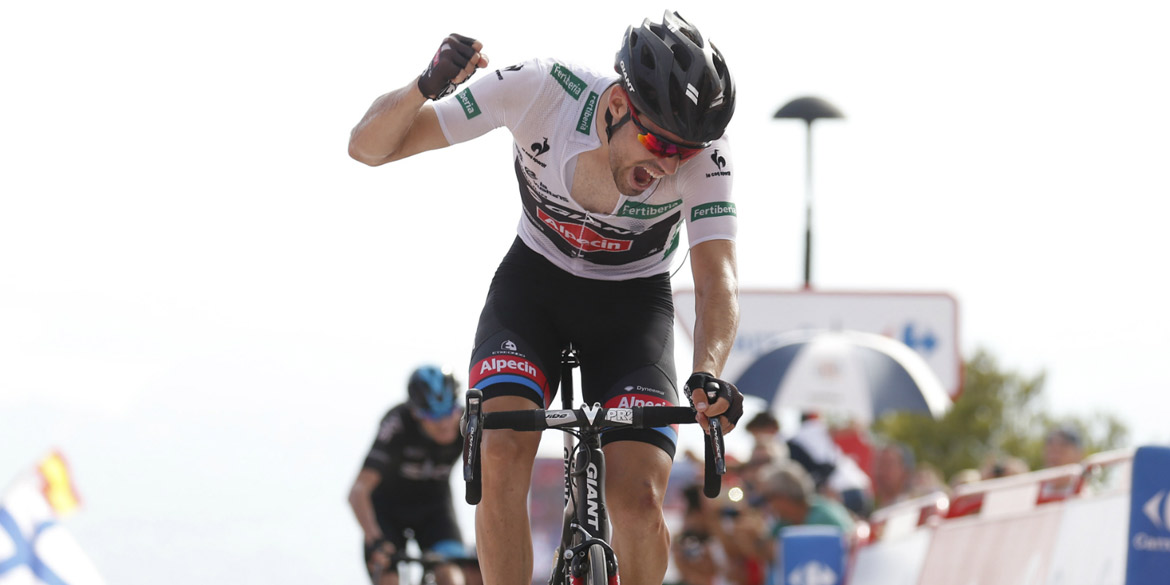 2017 will be the 72nd edition of the race, which starts in the French town of Nimes. Far from an easing in for the GC contenders, this stage sees the world's best battling against the clock over a testing 13.7-kilometre team time trial. A display of strength, the team time trial really is a marvel to behold with teams such as Orica-Scott and Quick-Step Floors often leading the charge in this discipline. 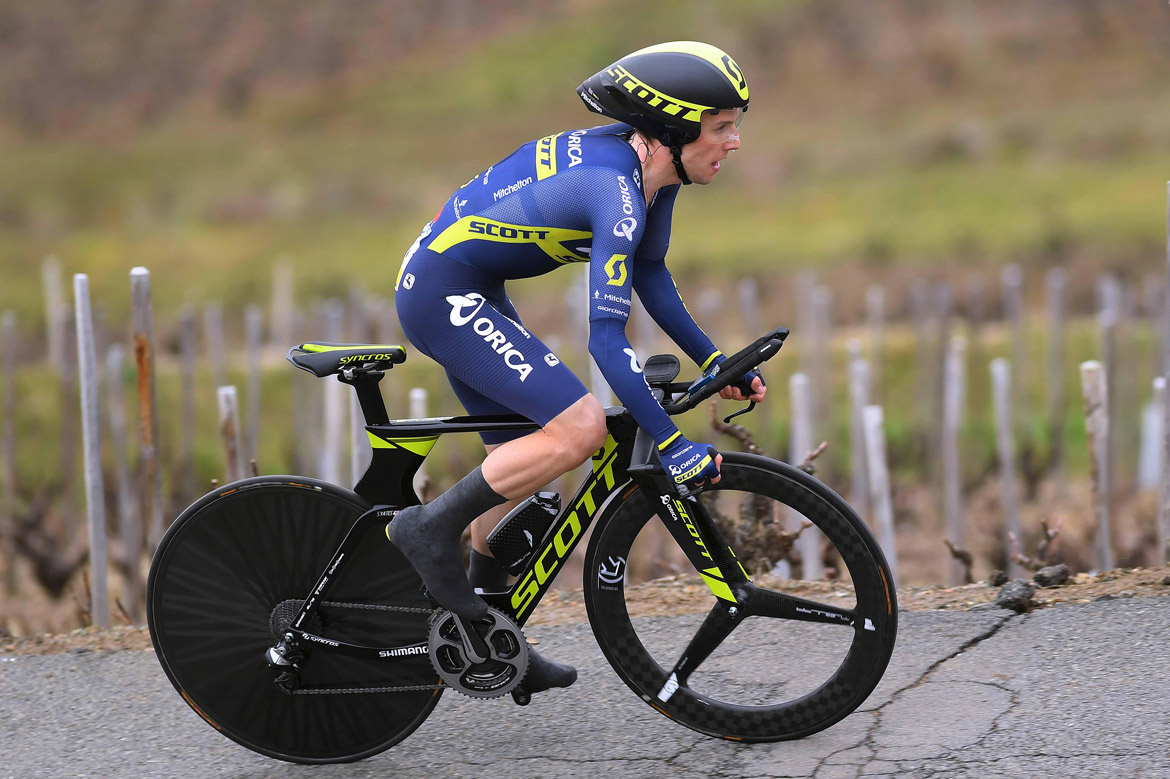 If stage 1's time trial wasn't as a shock for the legs, stage 3's mountainous day out is sure to light up the 2017 Vuelta a Espana. Featuring 3 categorised climbs, the 158.5km stage's last main difficulty is the Col de la Perche, a 19.5 kilometre, category one ascent, which although not steep, is sure shake up the GC battle. 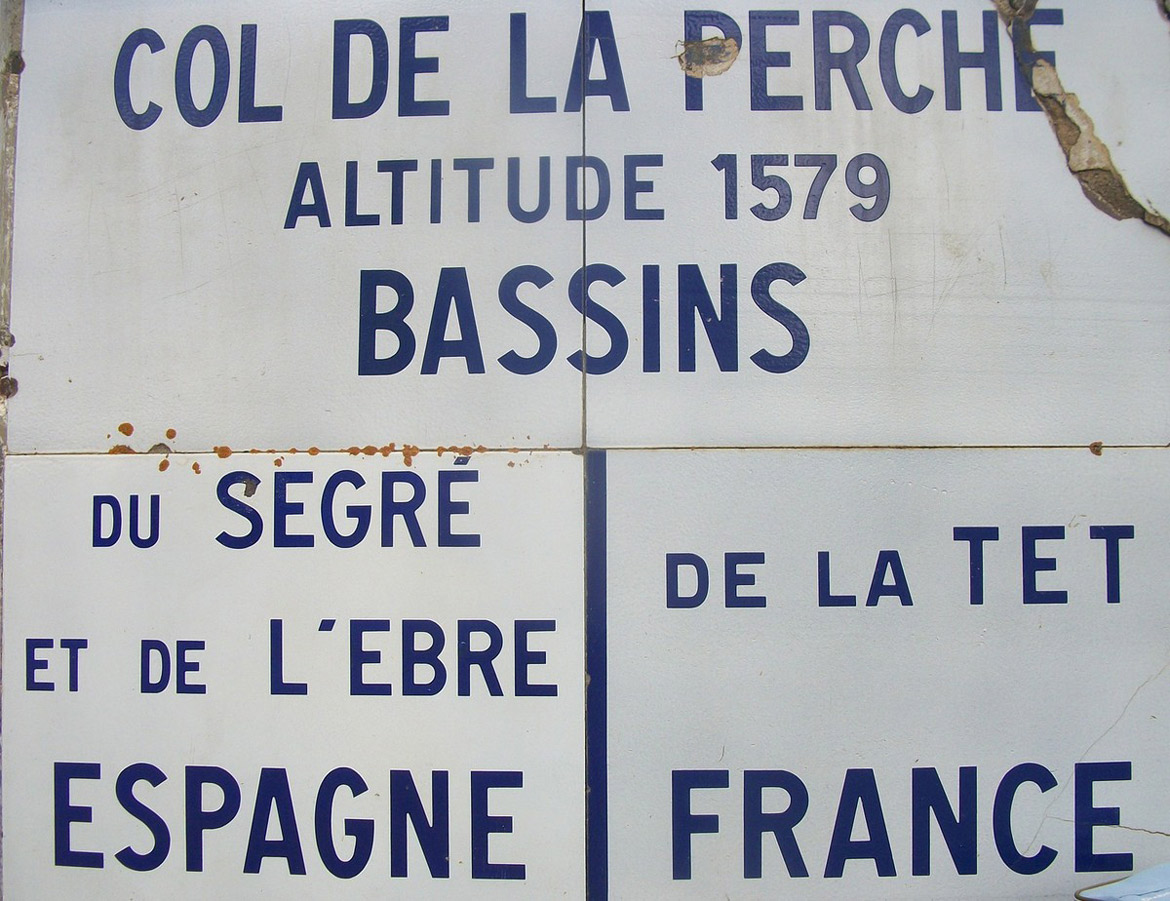 Part of a 2-day mountain extravaganza, stage 14 is a rather low key affair until the race hits the slopes of the Sierra de la Pandera. The summit finish sees riders battling up the 12-kilometre climb and with an average gradient of 7.3% gauging your effort will be key if you want to win the stage or avoid losing huge chunks of time to your rivals.

One of the shortest but also one of the most challenging stages in this year's race, stage 15 comes just before the final rest day and is characterised by a 19.3 kilometre-long climb to finish off proceedings. A stage for pure climbers, the relatively short nature of this stage is sure to provide scintillating racing from kilometre zero.

The queen stage and the last chance for the GC contenders to stamp their authority on this year's race. Quality rather than quantity is the name of the game here, as although just 117.5 kilometres in length, the penultimate stage of the 2017 Vuelta features two categorised climbs before sending the riders up the mystical and brutal Alto de L'Angliru. A climb feared by many, after 3 weeks of hard racing, the 12.5-kilometre mountain could be a make or break climb for many. Averaging a leg sapping 9.8% gradient, the real test is the final few kilometres, when the road kicks up to gradients of up to 23.5%. 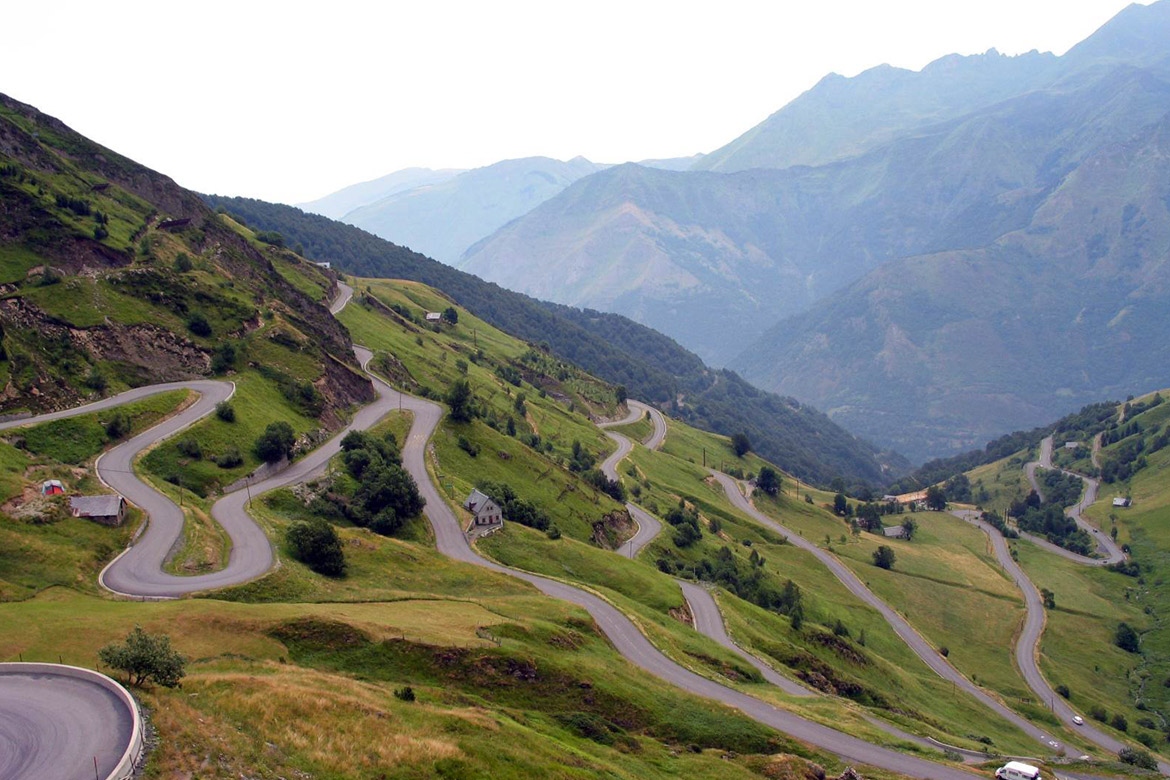 With four coveted jerseys up for grabs, the 2017 Vuelta a Espana will see one of the best fields of grand tour riders and climbers lining up in Nimes.

The race for the red jersey is expected to be hotly contested, with Chris Froome looking to do the Tour and Vuelta double. This year's race sees quite possibly the best assembled grand tour field of 2017. A lineup rich with stage race pedigree, the likes of Fabio Aru, Bob Jungels and Ilnur Zakarin, to name just a few, will be key protagonists in shaping the race. 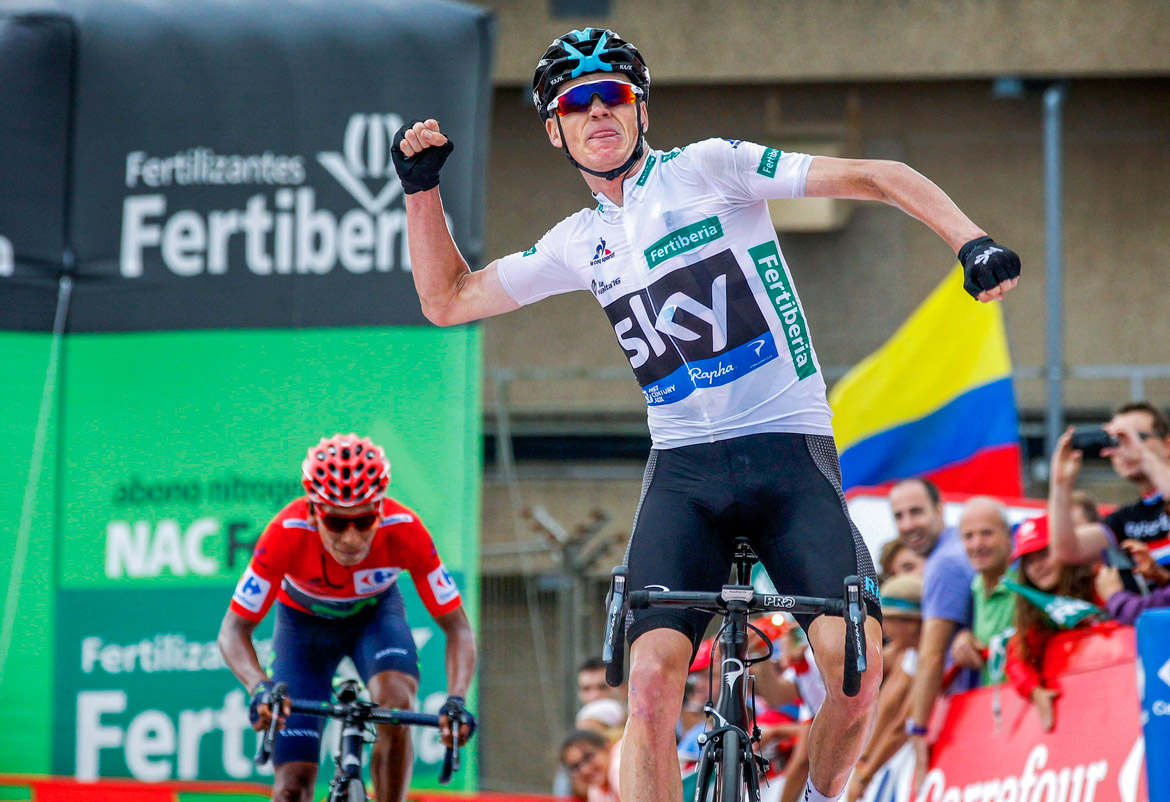 Hoping to spoil Froome's 2017 grand tour dominance, the likes of Vincenzo Nibali, Romain Bardet and the Yates twin will all be snapping at Chris' heels and although past his prime, Alberto Contador, who will be retiring after the Vuelta, will surely be racing for the win in a bib to bring an end to his career in style. 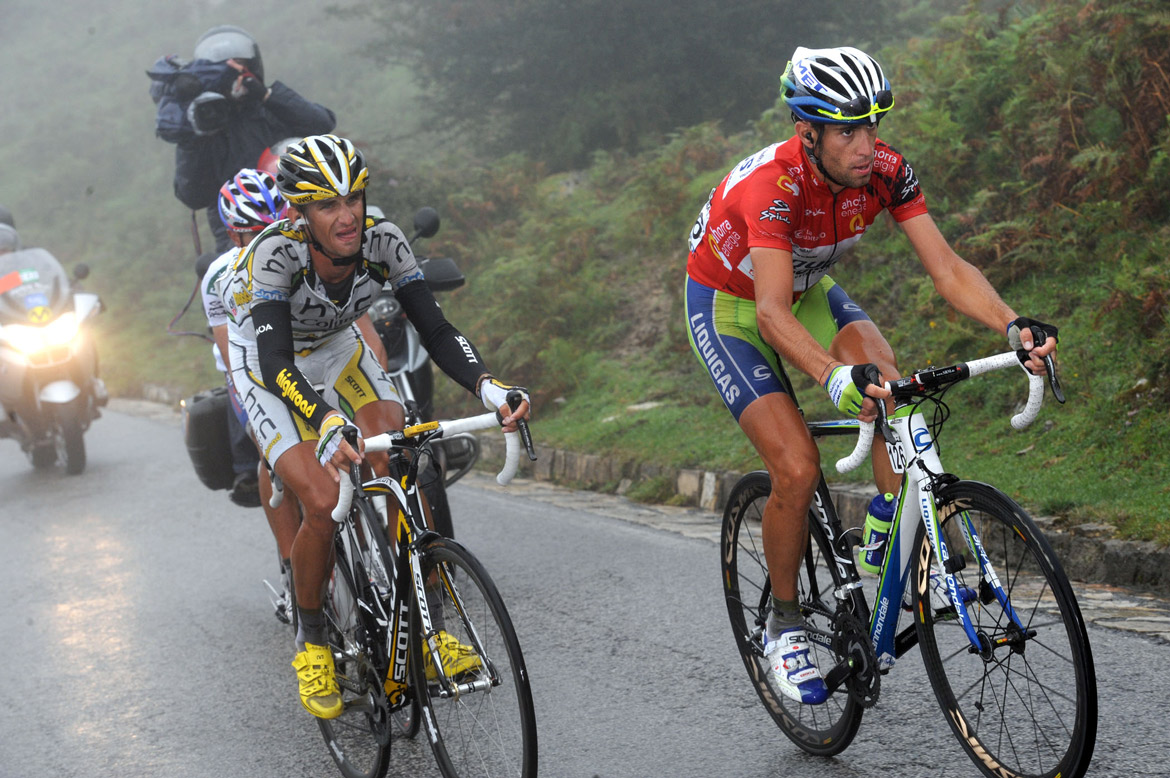 Where summit finishes are concerned, the Italian climber Fabio Aru is sure to excel on the steeper slopes. After storming to victory on stage 5 of the 2017 Tour de France, leaving the rest in his wake up La Planche de Belles Filles, it was only when bronchitis hit in the alps when we saw the Sardinian start to crack. 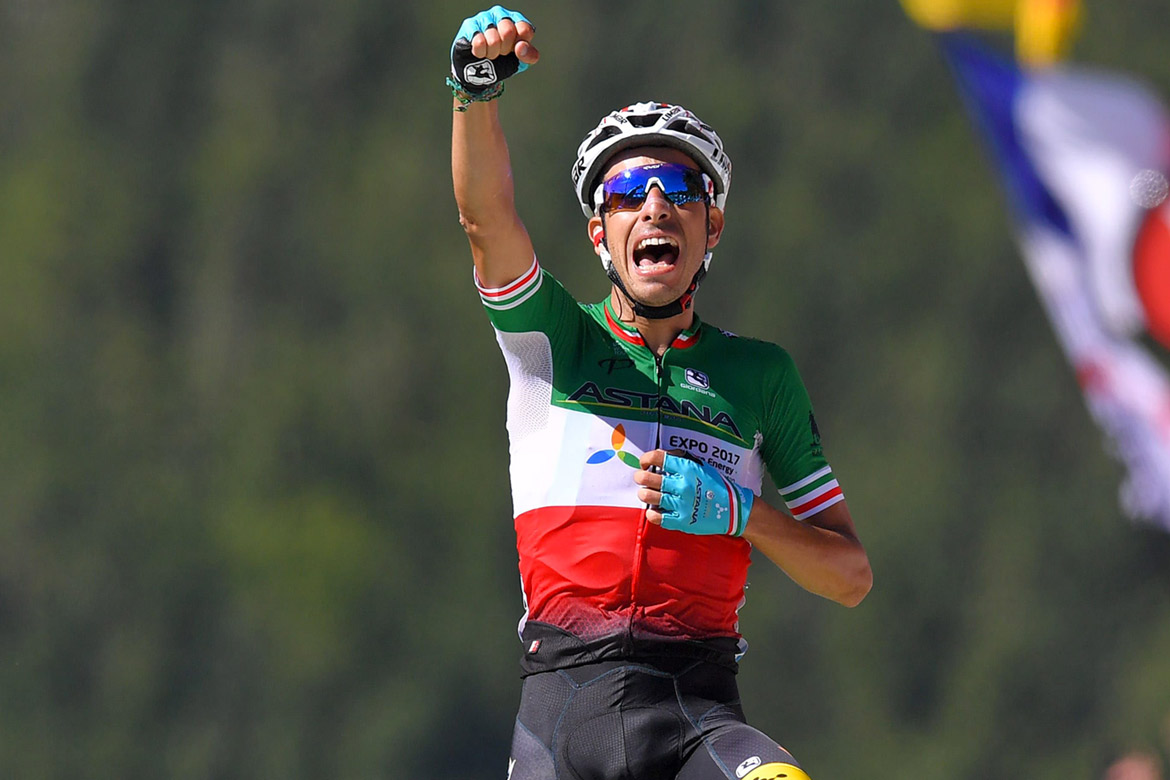 For the lumpier, punchier stages there is a host of riders, with an appetite for an attack, who will be ready to challenge for the win. Riders such as Julian Alaphilippe and Thomas De Gendt will be looking to claim victory in the final grand tour of 2017. 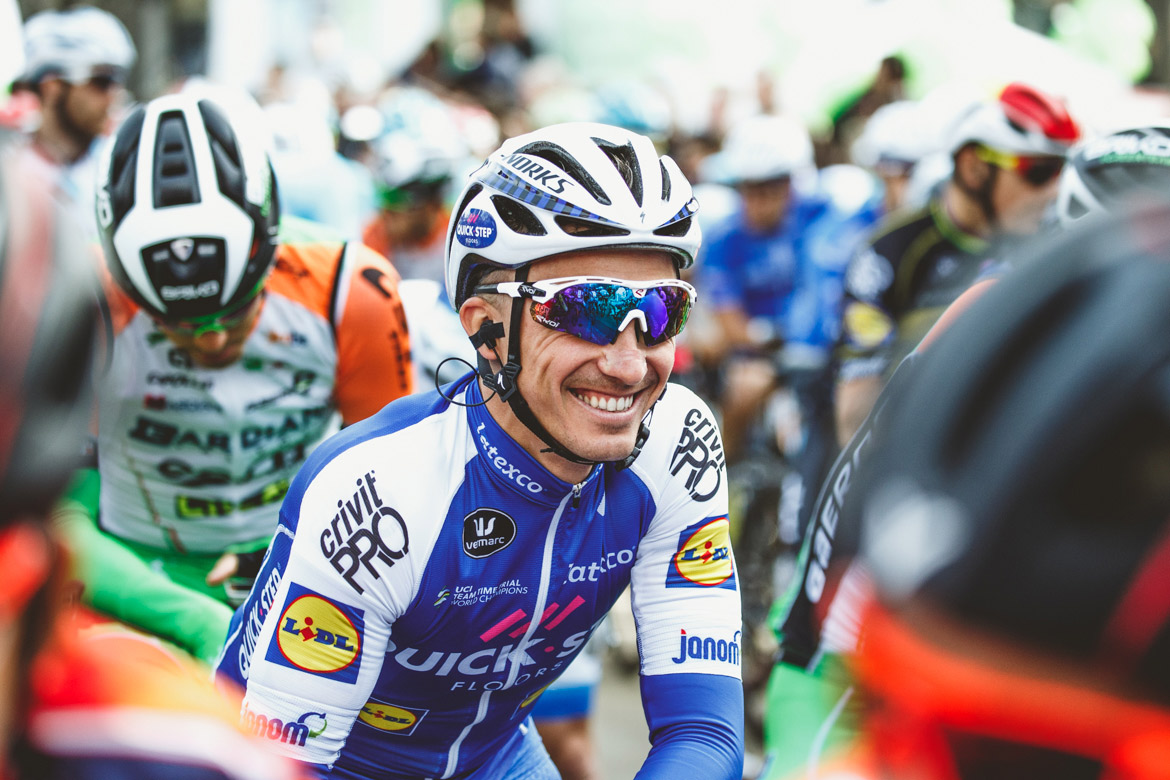 Key stages for those looking to make the most of the mountain points include stage 3, a rolling mountain stage that tackles climbs including the Col de la Perche and stage 20, which although is only 117.5 kilometres in length takes in three major climbs including the Alto de l’Angliru. Described as ‘Inhumane’ and ‘a brutality' this climb, last won by 2013 Vuelta winner, Chris Horner, is a pure climbers ascent. Look to mountain men such as Warren Barguil and Igor Anton to excel on this terrain. 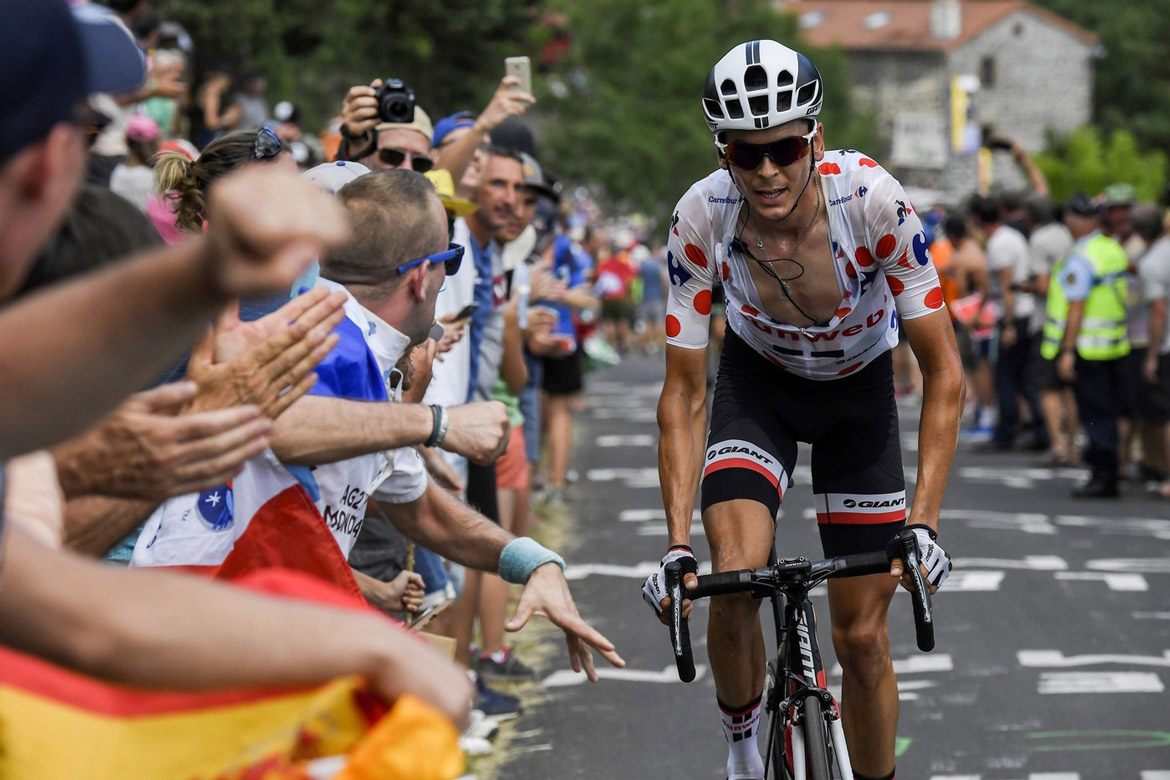 A sprint fest this is not, but that will not stop the fast men from challenging for the line when they get the opportunity. With many sprinters opting out of the 2017 race due to its mountainous parcours, the sprints could be a good chance for the likes of John Degenkolb and Sacha Modolo to stamp their authority on the green jersey. 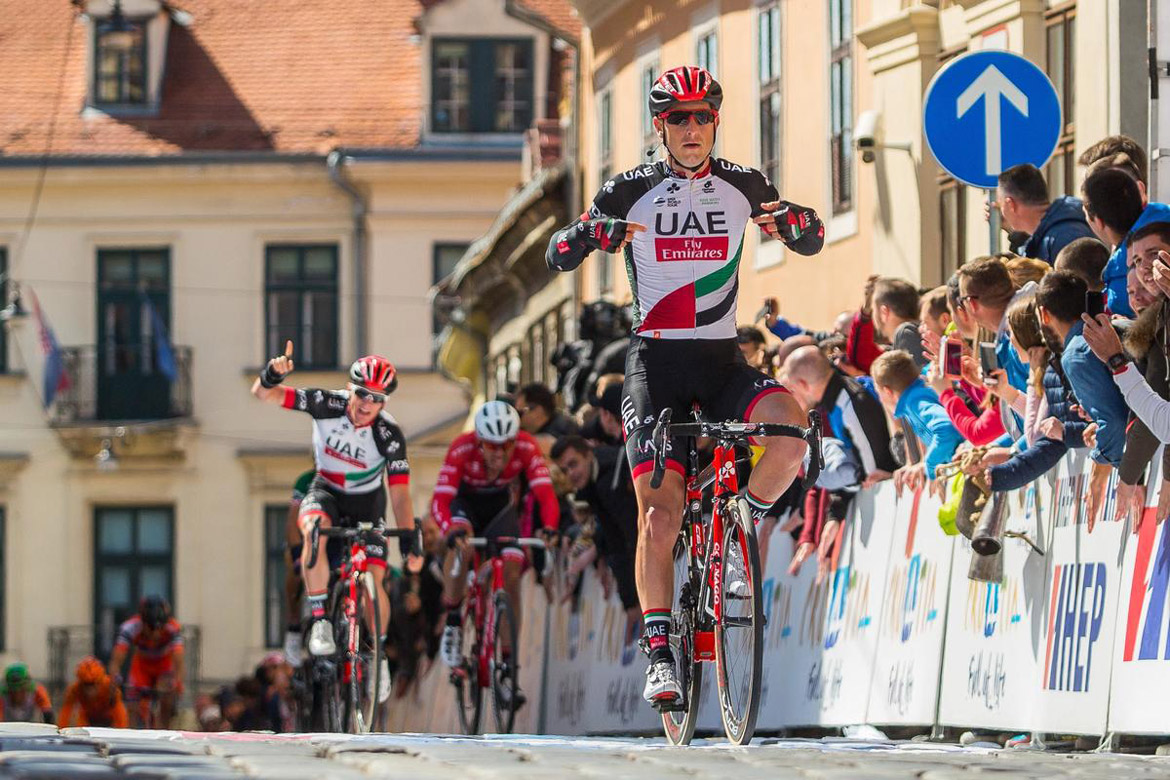 Unlike the Tour, the Vuelta boasts a combined classification. This is fundamentally the most consistent rider over the 3 weeks. Won by Nairo Quintana in 2016, the jersey is usually won by a general classification contender, with recent editions seeing the overall winner also winning this prize, it is a novel, if slightly unchallenged classification.

In the Right Gear

With many of the world's top cycling brands launching new products around this time, the Vuelta is the perfect opportunity to see the latest and most hotly anticipated kit.

For the 2017 Vuelta a Espana there is plenty of desirable tech to keep the pros riding smoothly and for the fans to drool over. The shoe of choice for Chris Froome as he looks to take his first Vuelta title, the Sidi Shot Carbon Road Shoes are more than up to the task of keeping the Sky leader at the sharp end. A shoe that uses a breathable Microfibre Techpro upper and vent carbon sole, the double Tecno-3 Push System will allow minute adjustments on the move, whether that be before launching an attack in the mountains or rolling into Madrid to victory. 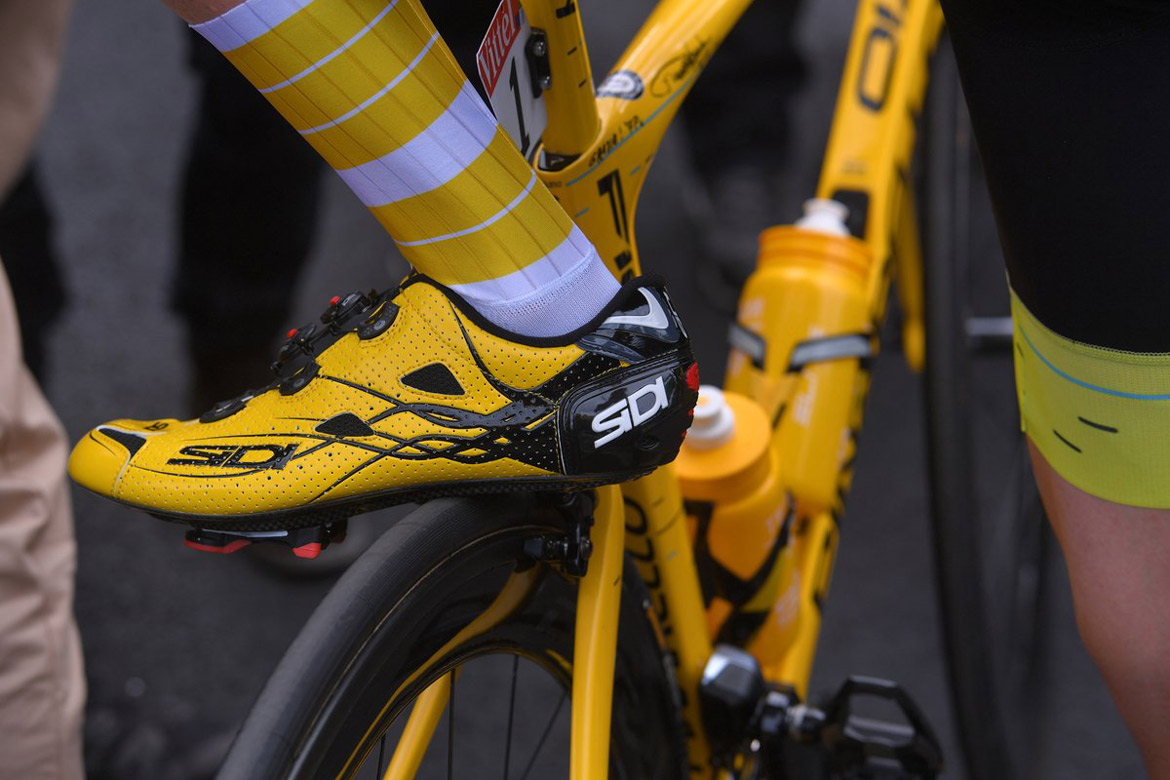 Quite possibly two of the most exciting riders on the start list, the Yates brothers will be riding one of the most sought after bike brands in the peloton. Scott offer a range of bikes to keep Adam and Simon in contention from Nimes to Madrid. From the Plasma time trial bike, ideal for the fast team time trial opener to the Foil, the bike of choice for the sprint into Madrid.

One of the most exciting young riders of his generation, Bob Jungels of Quick-Step Floors is one a machine when it comes to the time trials and the mountains. Racing on Specialized's new Tarmac, the general classification contender will be using Roval wheels, trusted for their ability to hold speed both in the mountains and on the flatter terrain. 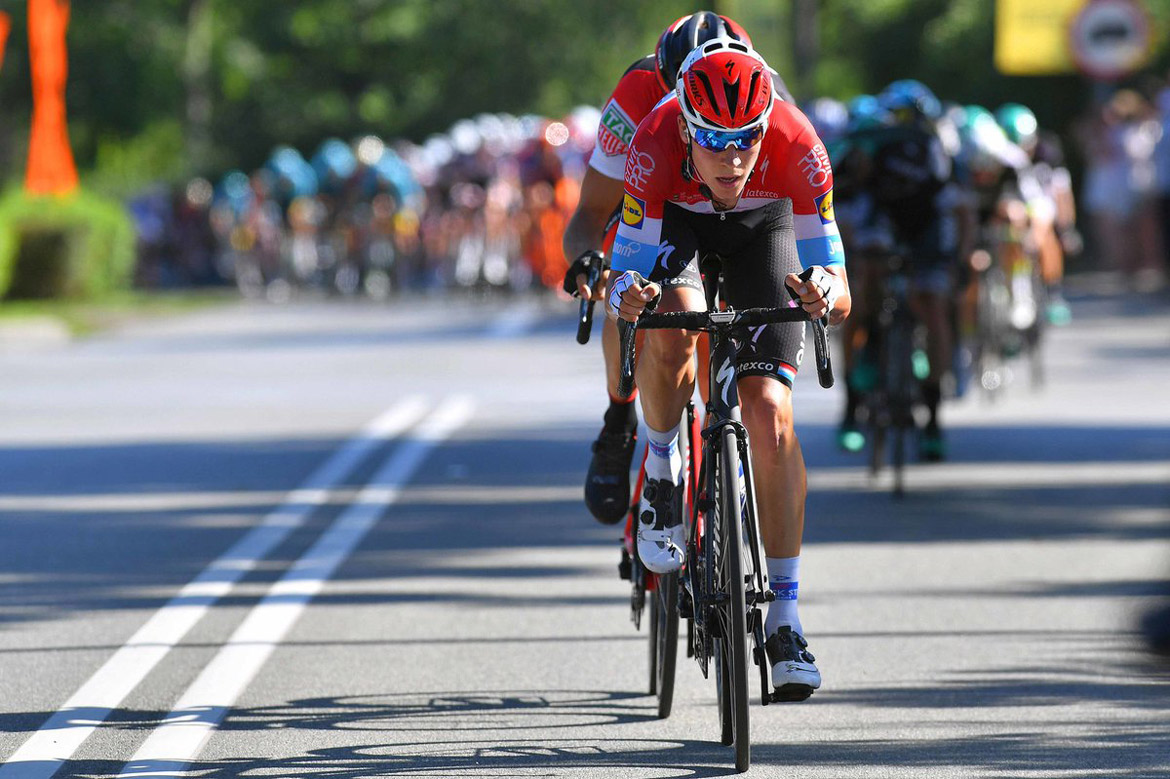 A brutal route and the world's best stage race riders on the start line ensures the 2017 Vuelta a Espana is not going to be a race you'll be wanting to miss. Keep an eye out for the key stages, riders to watch and the latest bikes and kit.