Finally, five years after its predecessor was launched and following plenty of online speculation, rumours and grainy spy-shots, Shimano has released the latest version of its flagship Dura-Ace groupset. Additionally, the brand has also simultaneously introduced a fresh, second-tier Ultegra groupset, forming an unprecedented twin-launch.

Shimano claims that the technology involved and the performance of both new groupsets are the same, with Dura-Ace only pulling rank via lower weight. With this in mind, this article is going to take a look at the key points, highlighting what’s new across the board with the updated components.

The first major talking point with the new Shimano Dura-Ace R9200 and Ultegra R8100 groupsets is that the Di2 gear shifting now adopts a semi-wireless format. This configuration includes wireless STI levers that send gear change signals to the rear derailleur. The rear derailleur acts as the system’s brain, and is subsequently hard wired to the front derailleur and the internal battery. Battery charging is achieved by attaching a lead to the rear derailleur, which also hosts the Di2 function button and system status lights. The wireless hardware encapsulated within the lever bodies is powered by a single, small CR1632 battery per lever.

By adopting this semi-wireless approach, Shimano has offered derailleur run times that can span around 1000km of riding between charges while providing more power to the gear change action for quicker, smoother shifting. Additionally, by removing the wires from the levers, installation is now a simpler affair on now seemingly ubiquitous integrated handlebars, stems and frameset head tubes.

The second key upgrade comes via an extra sprocket as both the Shimano Dura-Ace R9200 and Ultegra R8100 groupsets are now 12-speed. By inserting the additional sprocket, the jumps between gears when compared to a similarly ratioed 11-speed cassette are smaller, allowing a more consistent cadence. Alternatively, the extra sprocket could feature at the top end of the cassette, giving an easier gear for challenging climbs. Either way, more comfortable or faster riding should be possible.

Dura-Ace and Ultegra 12-speed cassettes are offered in 11-30 or 11-34 options, with the Dura-Ace range also featuring an 11-28 version for die-hard racers. The largest five sprockets are split into two clusters and carried on central spiders to increase stiffness and lower weight, while a new spline pattern grants improved cassette-to-freehub connection and minimises freehub gouging. Additionally, the sprocket teeth are now shaped via Shimano’s Hyperglide+ design that combines with the more powerful rear derailleur to deliver lightning-fast gear changes, even under peak pedalling load.

Alongside the semi-wired configuration and the 12th sprocket, a refreshed Shimano E-Tube app is offered for iOS and Android smartphones. With a more user-friendly interface, the app allows riders to connect to the Di2 gear system via Bluetooth and perform tasks such as firmware updates and derailleur tuning. Probably most interestingly, the app can also fully customise the gear shifting and gear button behaviour in line with personal preferences. At this point, Synchronised Shift mode can be selected, permitting automatic front derailleur changes depending on which sprocket is being used, keeping chain line efficiency high.

So much time is spent riding with the hands positioned on the hoods, but design changes in this department are often underrated. Shimano’s new hood shape certainly needs highlighting though as it has been cleverly tweaked to include a higher hood peak and a longer body to accommodate modern, more aerodynamic hand positions. However, the design retains the same base shape to avoid alienating fans of the previous levers. The gear shift buttons on the sides of the levers have grown slightly in size and now have more pronounced profiling to facilitate quick gear changes, even with cold hands.

Shimano’s cranksets have long been held in high esteem, so it’s not a surprise to see only subtle changes here. The same aluminium HollowTech II approach is adopted, albeit with a more symmetrical shape, guaranteeing low weight and exceptional stiffness. Compact (50-34) and semi-compact (52-36) chainring sizes are still offered, but a new 54-40 configuration has been conceived for professionals and gear churners alike. The rear derailleurs feature elongated cages that are compatible with all the new cassette sizes, while the front derailleurs grant 33% less frontal area to keep aero-minded riders fully satisfied.

The new Shimano Dura-Ace FC-9200-P power meter has strain gauges neatly integrated inside the drive side and non-drive side crank arms to grant total and individual leg power measurements to within an accuracy of 1.5%. Communication is wirelessly delivered to compatible bike computers and training apps via ANT+ or Bluetooth, and accuracy is kept high thanks to simple zero offset calibration and active temperature compensation. Notably, an Ultegra level FC-R8100-P power meter is now on offer, granting access to the same pro-level technology and training benefits at a lower price point.

Shimano has always afforded abundant disc brake power, but the newly included Servo Wave technology, borrowed from the brand's off-road ranges, reduces empty brake lever travel and bestows more precision and finesse once the pads make contact with the rotor. The brake calipers have been redesigned to give 10% extra rotor clearance, and this combines with more heat resistant mountain bike style disc rotors to minimise intermittent brake drag that often follows long or steep descents. Additionally, the caliper bleed ports have been reconfigured to cut workshop time for both professional and home mechanics.

The latest Dura-Ace and Ultegra wheels all utilise full carbon rims that are offered in 36mm, 50mm and 60mm depths. The rim profiles are bulbous and wide to grant excellent aerodynamics and stability in crosswinds, and 21mm internal rim widths improve the installation and performance of wider tubeless-ready or standard clincher tyres. The hubs continue with cup and cone style bearings to ensure durability and ease of maintenance, and the new freehub spline pattern provides more even pressure distribution when combined with the latest 12-speed cassettes. The builds are completed with strong and dependable aero-bladed steel spokes.

Amongst all the new technology, special mention should go to Shimano’s inclusion of rim brake compatible Di2 levers and calipers within both Dura-Ace R9200 and Ultegra R8100 groupsets. This should satisfy traditionalists and allows the latest componentry to be installed on older bikes or the handful of new bikes still offering a rim brake option.

With these latest groupsets, Shimano has again advanced gear change performance, improved braking and heightened drivetrain efficiency. The Dura-Ace R9200 components offer professional-level performance within a sleek package befitting the flashiest bike builds and most discerning riders. However, via just a minor weight penalty and including the same technology, Ultegra R8100 potentially steals the headlines, allowing the more budget-conscious to experience a parallel ride quality. 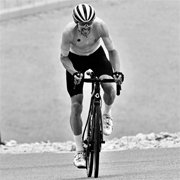