No item is as under appreciated, but as important, to your enjoyment of cycling as a good pair of bib shorts. This is due to their critical role in comfort. With this in mind, I subjected the Santini Racer Bib Shorts to a variety of rigorous tests.

My initial thought when putting them on, besides appreciating the smart looks, was that there was no way I was going to be able to get them over my quads, thanks rowing! But once on and riding I could soon feel the benefits of this snug fit. The legs stayed secure without bunching, something that was highly impressive considering the lack of 'gripper' in the hem. This is a feature that can cause pressure points and discomfort in other shorts. 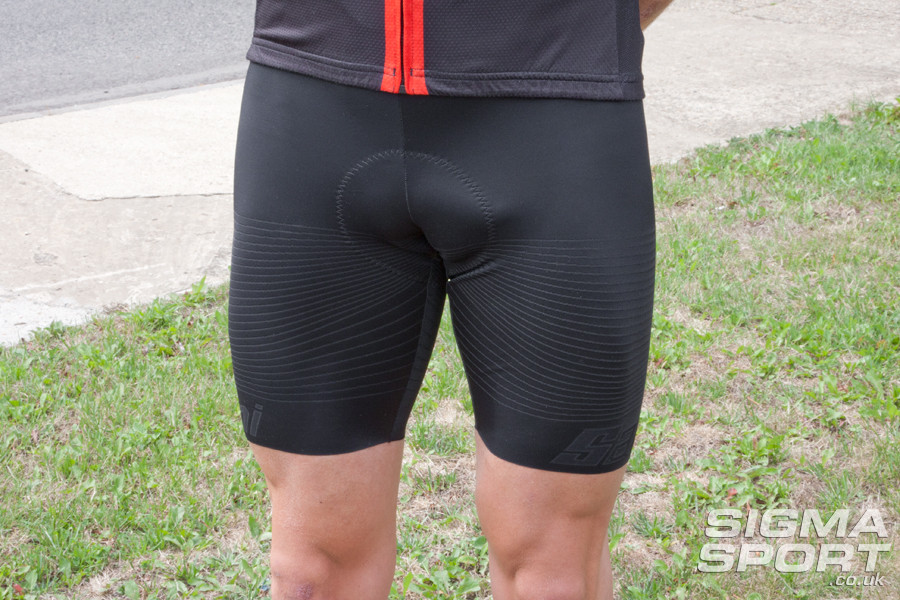 Santini named the short’s material Onda, meaning waves in Italian (where all of their products are designed, produced and tested). Closer inspection reveals why. By alternating between single and multiple threads of Elastane Lycra Santini have given these a pattern of variable densities. This translates to specific areas of compression, where the waves fall closer together, or areas of superb flexibility, where the waves are spaced apart.

On the bike, the benefits of the flexibility were instantly noticeable due to the lack of restriction in my movements. The compression side only really became apparent on one of my longer rides. Whilst on my regular loop I became aware, on the return trip, that my legs felt a lot fresher than usual. Santini's technical department claim that this is thanks to the secure fit reducing vibrations in my leg muscles that would, over time, normally increase fatigue. Clever stuff. 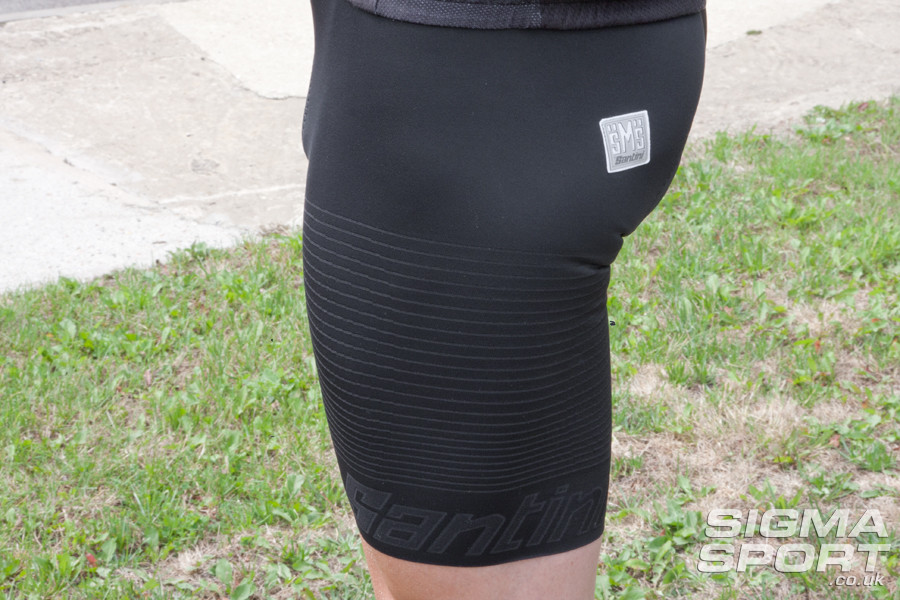 No matter what the length of ride though, I was always aware of the quality of the chamois. As stated at the beginning, comfort is the key criteria for a set of bib shorts, if you are not comfortable then you will never ride long enough to appreciate any other features that may be included. Santini have nailed this though with the Racer Bib Short by using the NAT Racer seat pad. This features a NEXT core between two foam layers, giving you a shock absorbing and breathable pad. Self massaging micro-circles even allowed riding without cream in perfect comfort. My only criticism would be that a white chamois is maybe not the best for long term use, although the antibacterial material should keep them fresh for years. 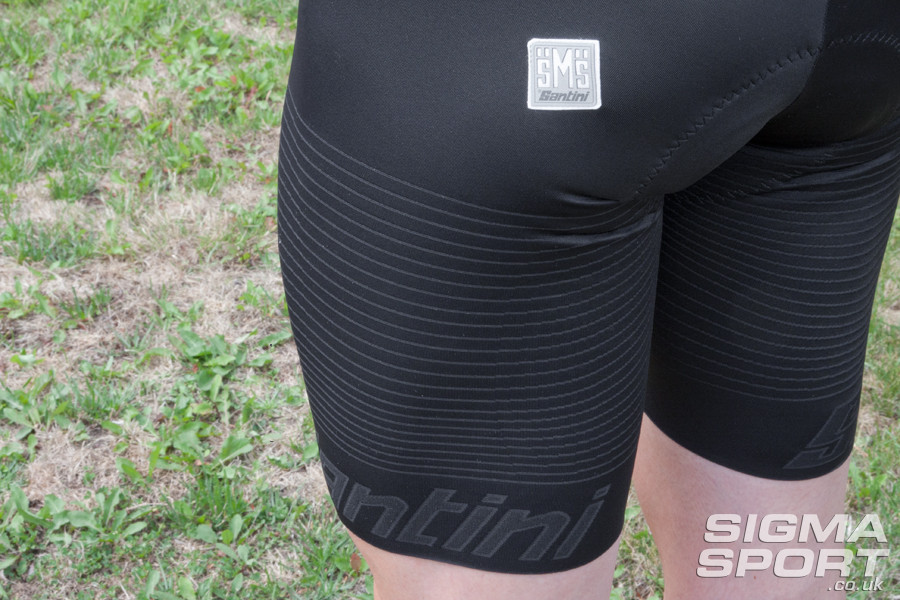 As the name describes them as 'Racer', that is exactly what I did at my local criterium race. In this environment the Santini Racer Bib Short continued to impress, particularly during a crash (no fault of my own) when the shorts remained unblemished whilst my skin faired a lot worse! Pre-race comfort breaks were even simple thanks to the lightweight, breathable and incredibly flexible bib straps. 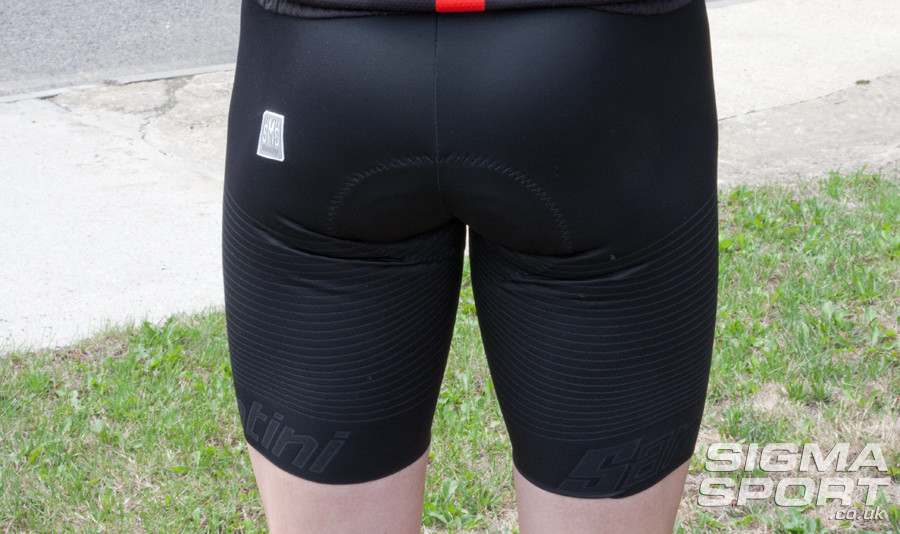 It is fair to say then that I was thoroughly impressed. You can spend a lot more, and a lot less, but in my opinion you will struggle to find anything better for all kinds of riding.