Continuing our cyclist bucket list series we have gone slightly off the beaten track for our latest instalment, as we joined cycling vlogger, Francis Cade, and HotChillee for a unique Moroccan gravel riding experience. 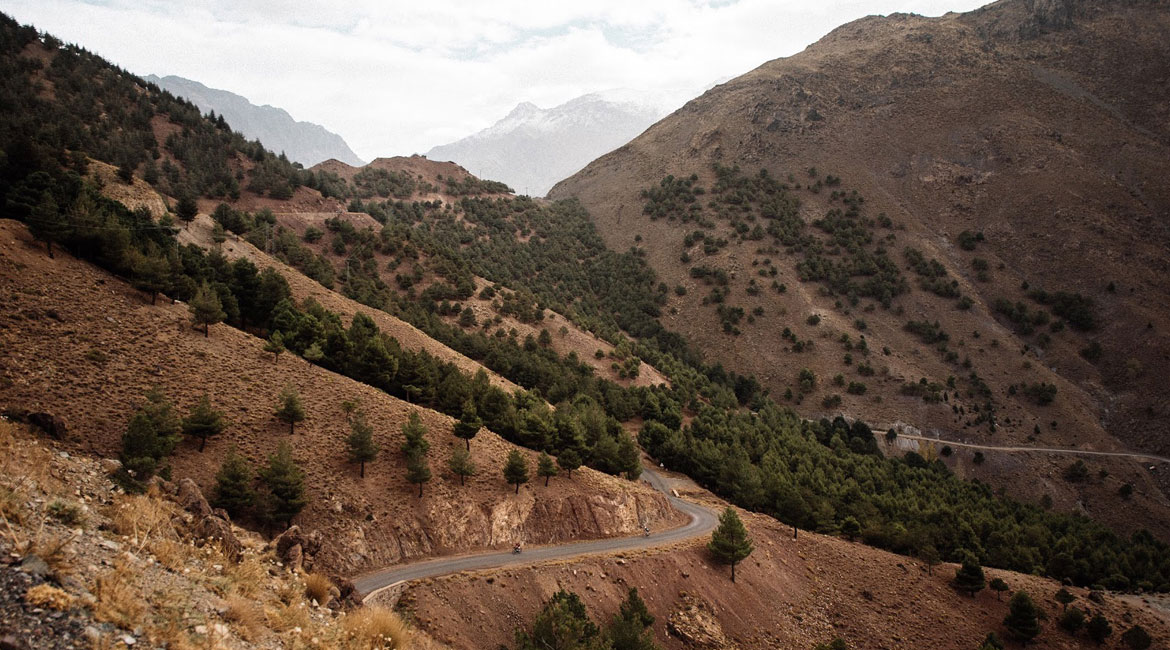 Documenting the four day gravel adventure, we provided Francis with a Cannondale Slate Adventure Bike and set him on his way. The Atlas Mountains were calling, the man from Surrey was ready.

Tagines, camels, gravel tracks through rural villages, I’d been to Morocco for some bike riding before, so I had an inkling of what to expect. One day of road and three days of gravel in the Atlas Mountains, it was going to be a wild ride. 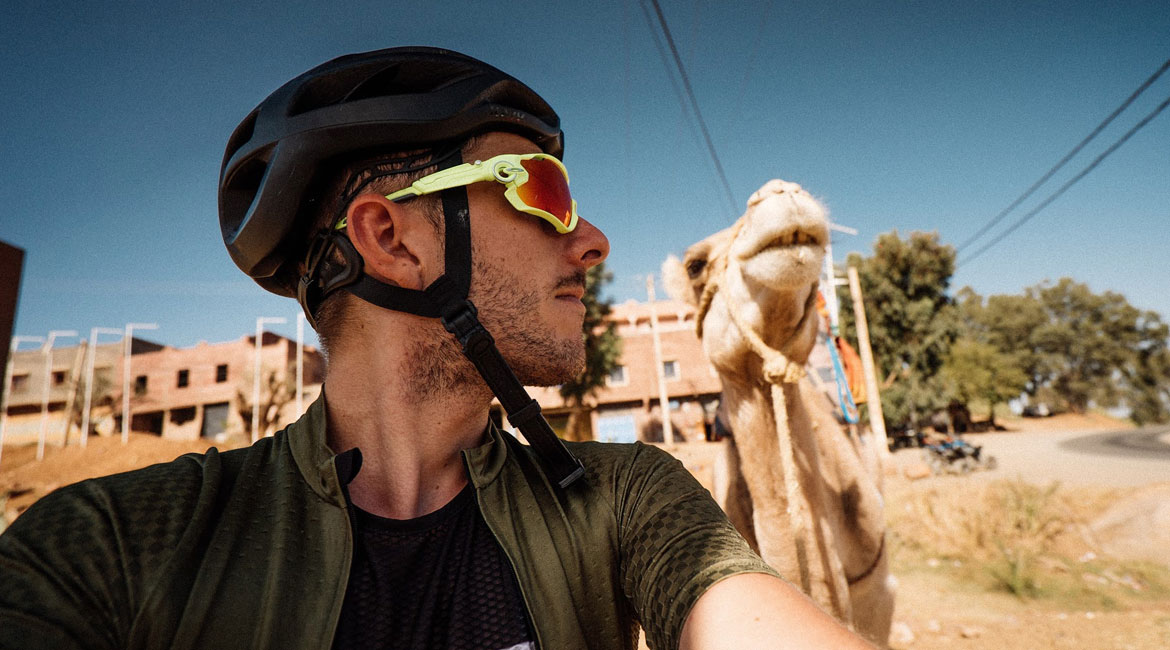 The route out of Marrakech itself is flat and straight, but you’re soon rewarded with a 2000 metre climb up an ever-changing winding road. Seeing as I’d done this route before, I thought it’d be an interesting challenge to ride it on a single-speed bike. The local bike shop sorted me out with some wheels and we were off to tackle one of the most stunning climbs I have ever ridden. 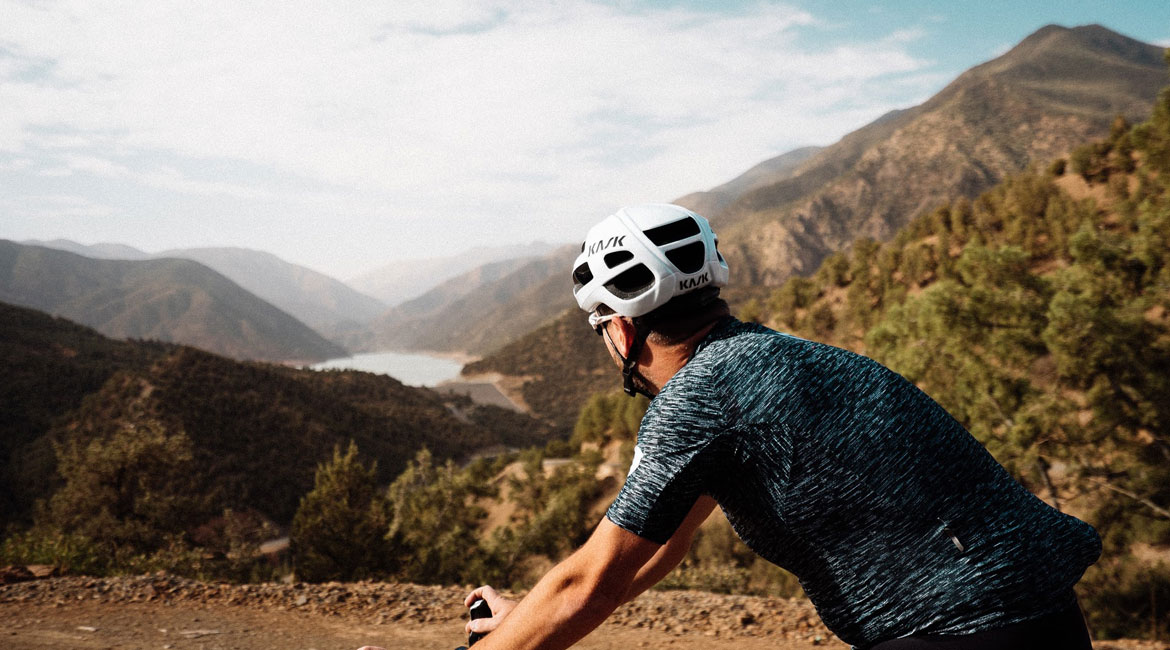 Being a fairly steady ascent, having one gear wasn’t too much of a hindrance, with the distractions of the stunning scenery and encouragement from the locals being a huge help. The climb was over before I knew it and the route back down was fast and furious, even on the single speed.

After a brief stop for lunch, we were back on the road heading towards our new hotel, deep in the Atlas Mountains. The climbing certainly wasn’t over and we battled on, carefully nursing our tired legs to the finish. Arriving just before sunset to a warm welcome from the hotel staff and much-needed beers, day one was complete. 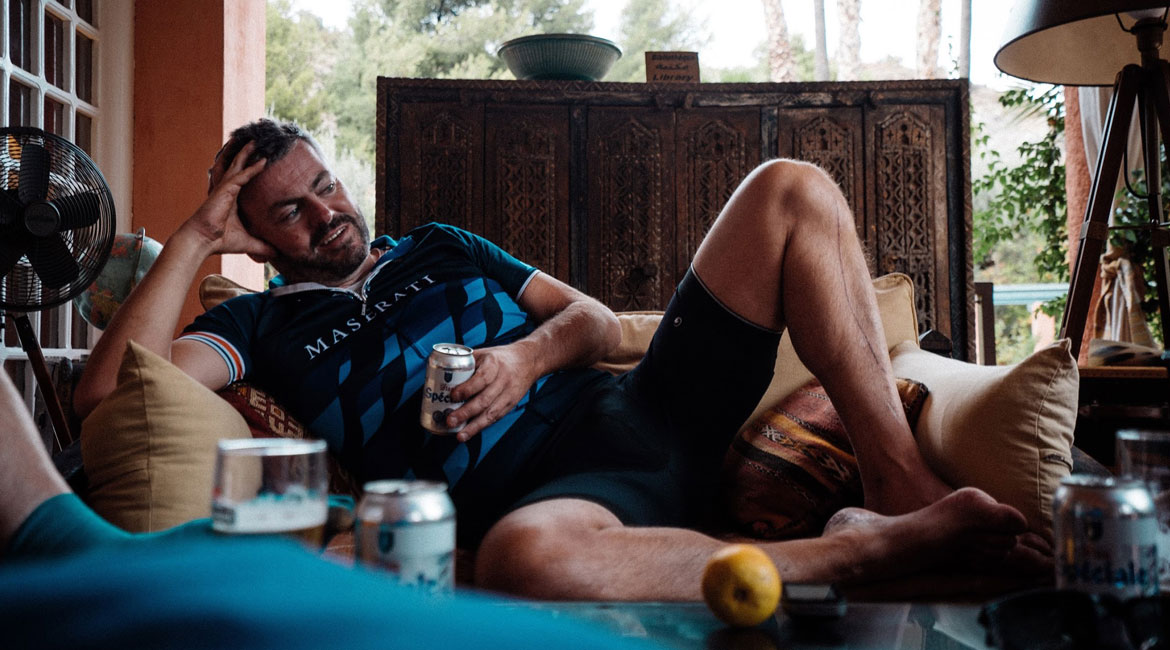 Day Two - A Taste of Gravel

The next day, the real fun began. Riders swapped out their tyres ready for the gravel tracks that were up ahead. Previously I’d ridden the same tracks on a road bike with 28mm slick tyres. The difference that a proper gravel bike made was astonishing; a descent that took us 2 hours to complete a few months ago took only 40 minutes this time around. 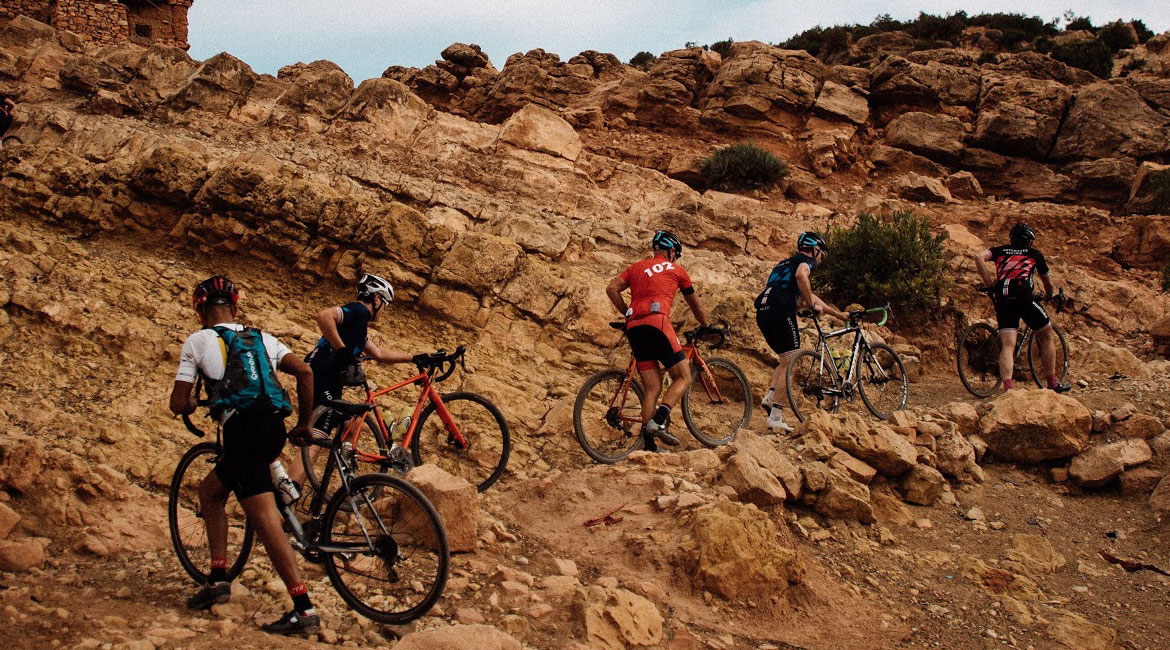 As we progressed further towards our destination, a beautiful lakeside restaurant, the trails got harder and harder to negotiate. The biggest challenge for me was deep sand as I was still running slick (albeit thick) tyres, and really had to concentrate during these sections. 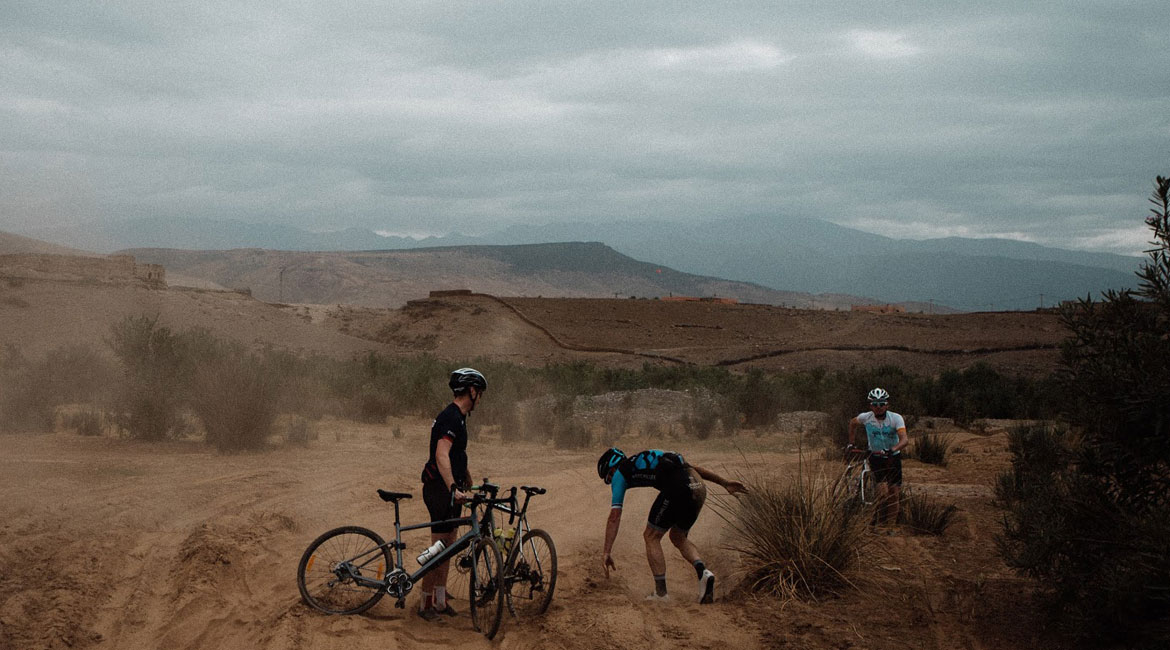 A quick ride through a river to clean off the dirt and we finally (after a couple of wrong turns, I blame HotChillee Ride Captain Martin) reached the end. Ride captain, Jonathan, rode straight into the lake. I guess this is a pretty efficient way to wash your bike? More beers followed as we spent the evening sharing our tales from a day on the trails. 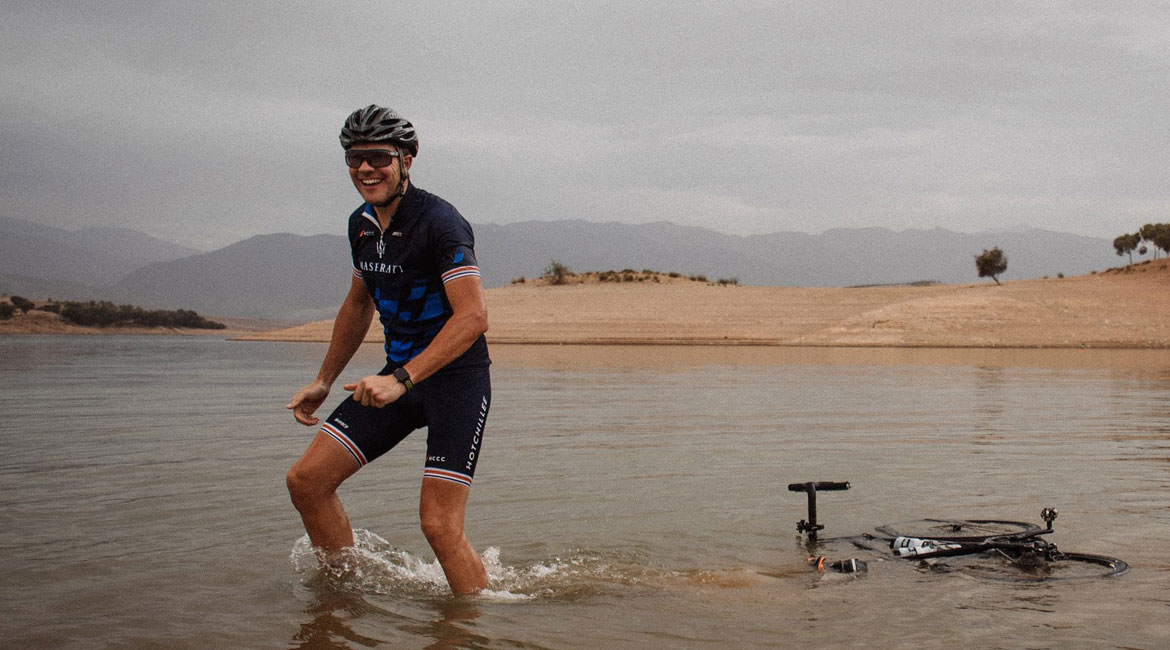 Day Three - Bartering for a Donkey

Now into our gravel riding swing and enjoying exploring rural Morocco, we set out for our third day on the bike. Almost immediately we were travelling through tiny villages and were welcomed by the locals as we passed. 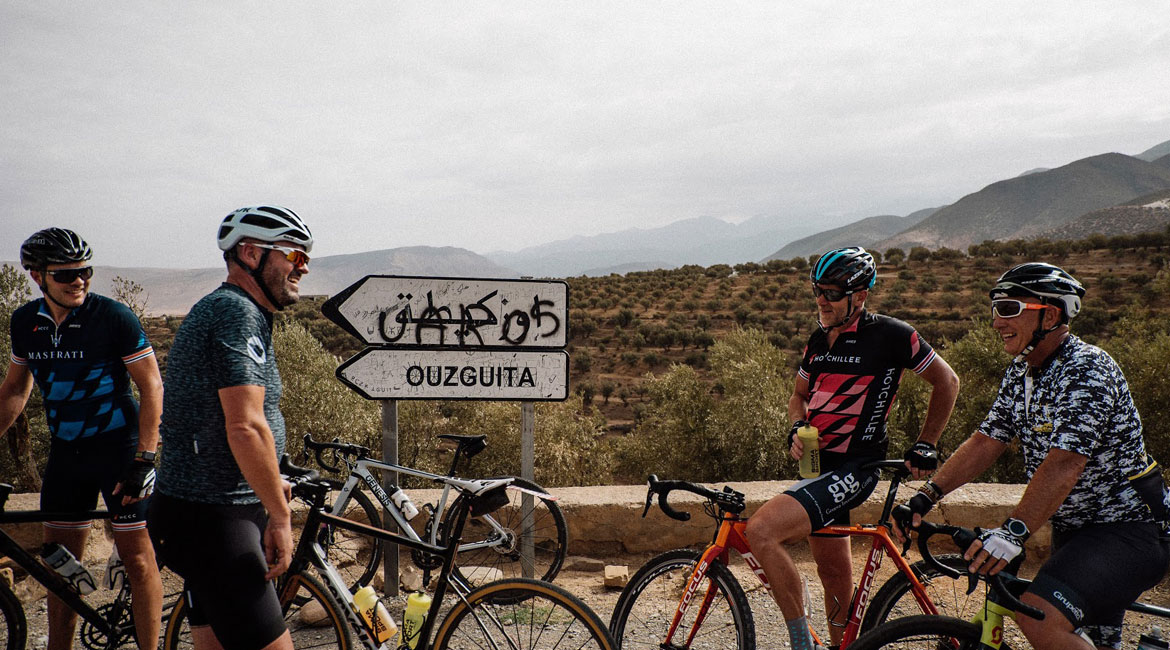 In just one such village we met a young kid and I began a fierce bargaining war as I tried to swap my bike for his donkey. He drove a hard bargain and I left donkeyless. 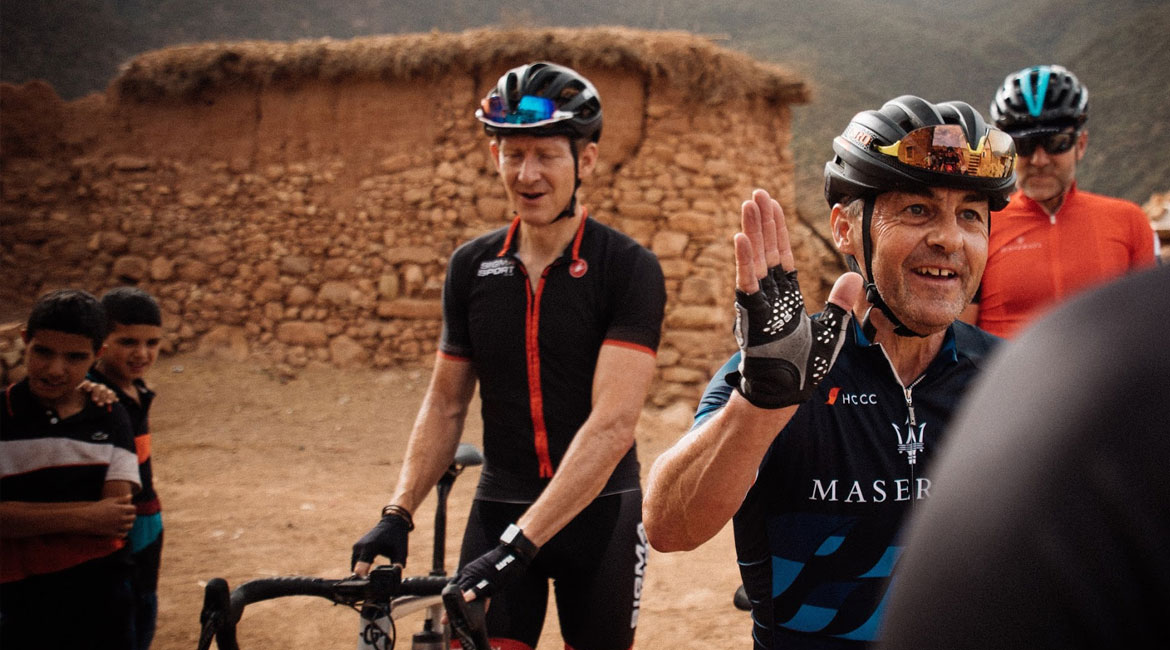 Testing my off road skills to their limit, this ride was both exhilarating and highly enjoyable. Heading through a particularly tough stretch, our efforts were rewarded with more stunning scenes of the beautiful Atlas Mountains before we descended into the town of Asni, home of the charity Education for All.

The founders of the charity work hard to provide education for children that live in the mountains. After a brief visit, some food and a quick rendition of “Happy Birthday” for HotChillee founder, Sven, we were back on the trails for the last climb of the day. 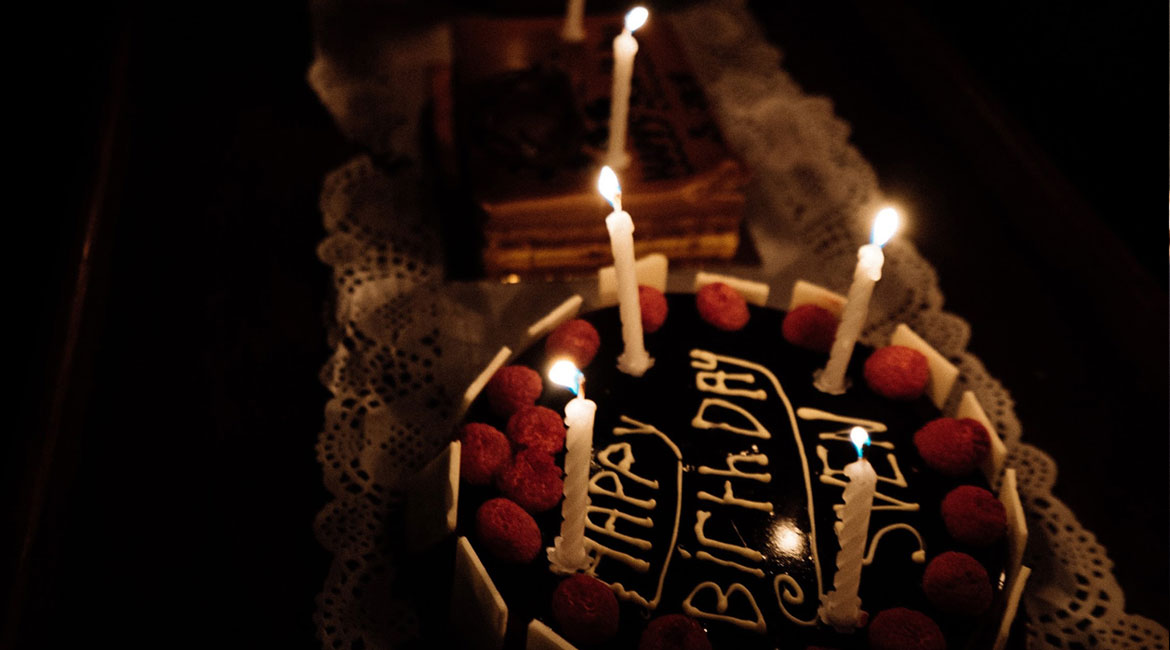 The temperature had really risen at this point, exacerbated further once we hit the steep gradient. The pain in the legs soon subsided as we stopped to admire the views at the summit, before a downhill ride all the way home. 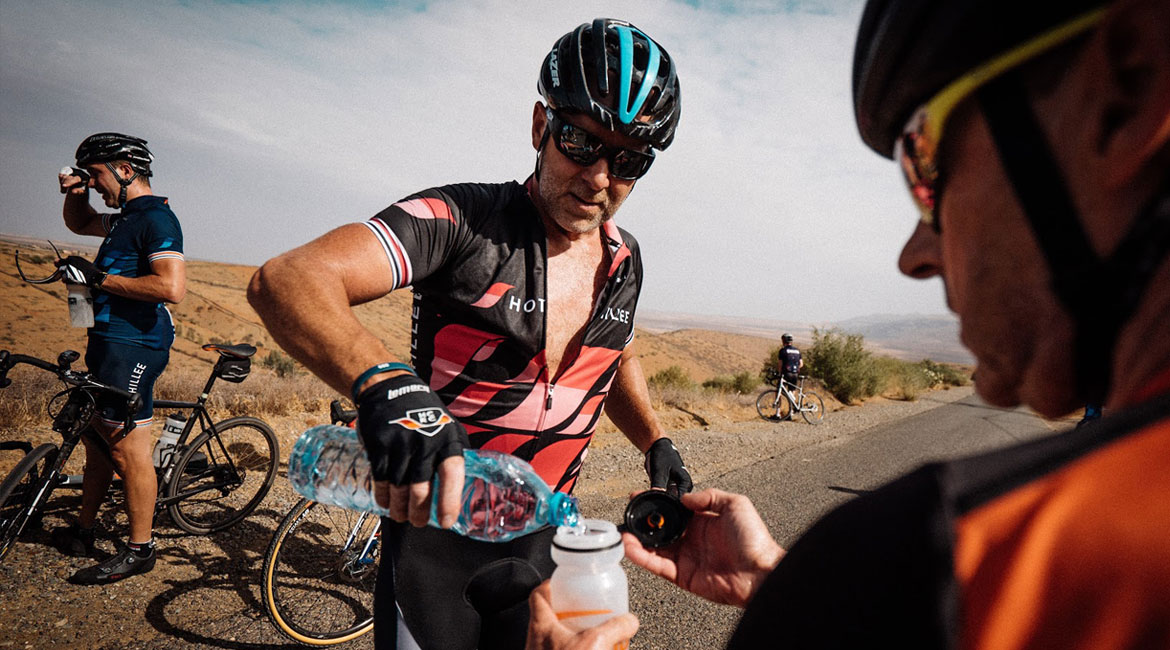 Day Four - Off the Beaten Track

It was a chilly start to the last day of our adventure. Driving up and out into the mountains for an hour, we clipped in and set off climbing through the magical snow peaked landscape. With little in the way of a warm up, the proceeding 20 minute climb was quite a shock to the system, but once we eventually reached the top, we were greeted with a 26 kilometre gravel descent. 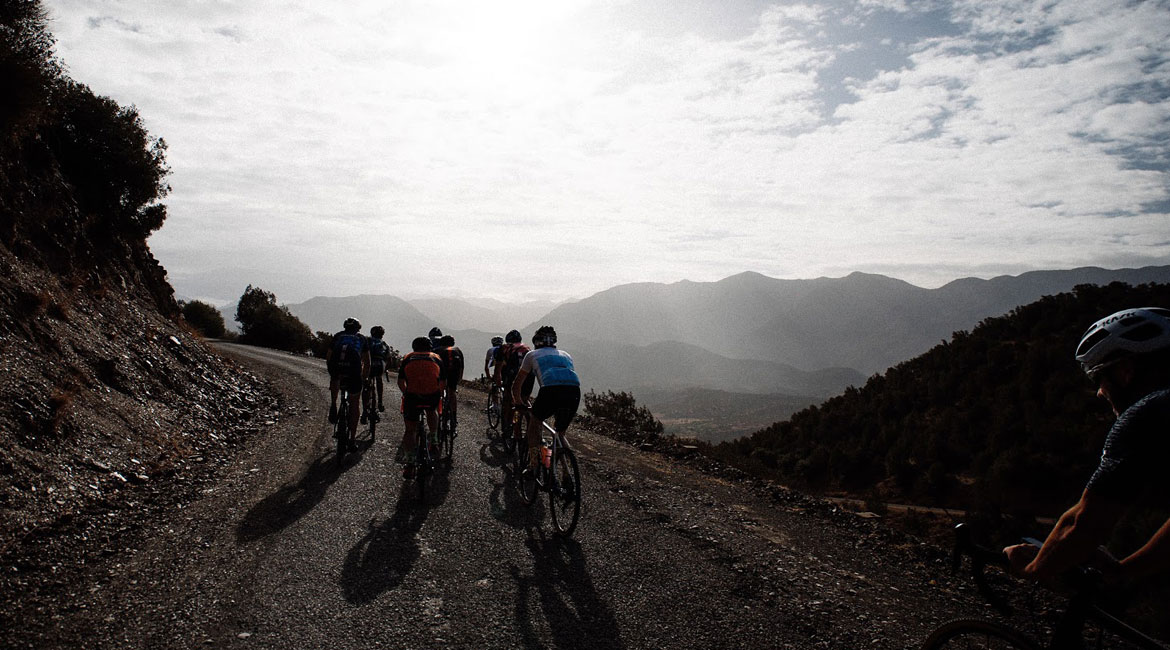 This was by far the most rural route we’d ridden and without the help of the local guides we wouldn’t have been able to find these unique passageways. Local children poked their heads out of windows as we rode through their villages, keen to see the sea of Lycra clad adventurers pass. 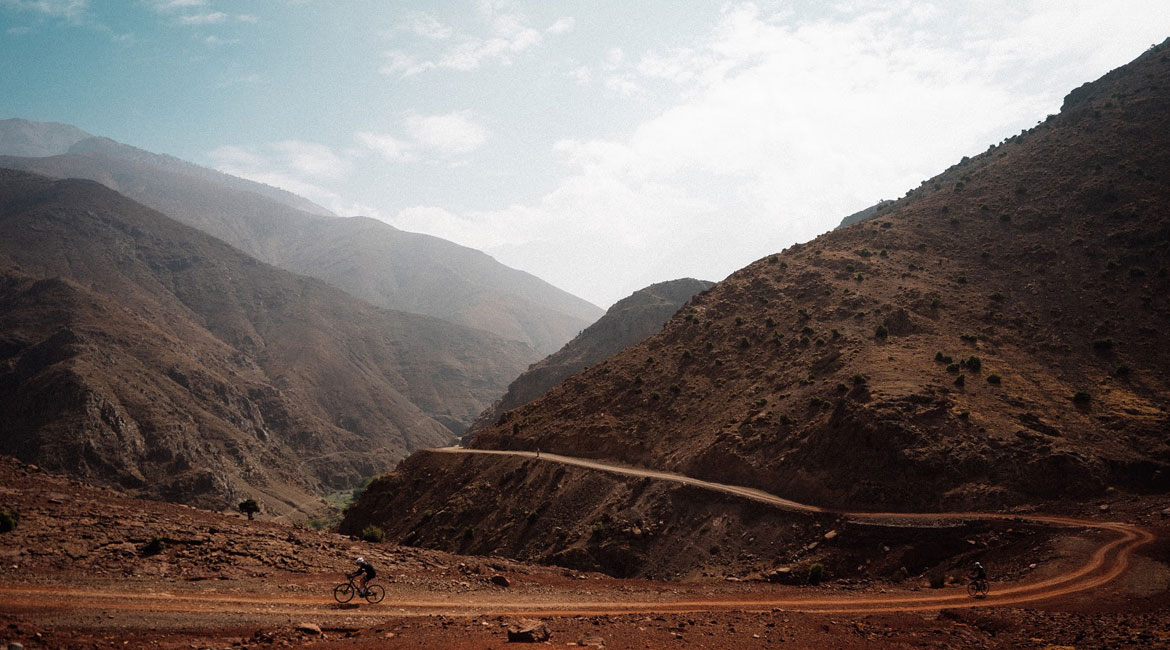 Descending on gravel is serious fun, but takes serious concentration too. If I could give my past self some advice, it would be to take some nobbly tyres, it would have made for a slightly less nerve wracking descent! 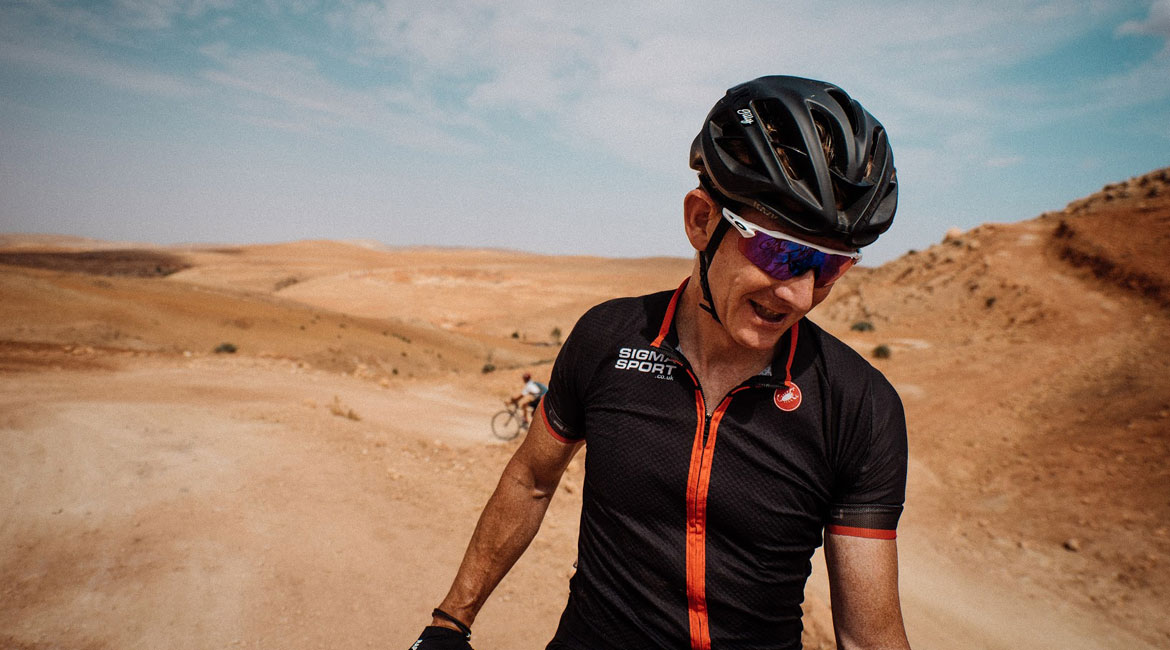 All in all, Morocco offers a truly unique riding experience. Gravel riding opens up a new form of exploration and isn’t so dissimilar to road cycling due to the fact that you’ll be out of your comfort zone, testing your limits and ultimately exploring new places. Give it a try, it’s like being a kid again. 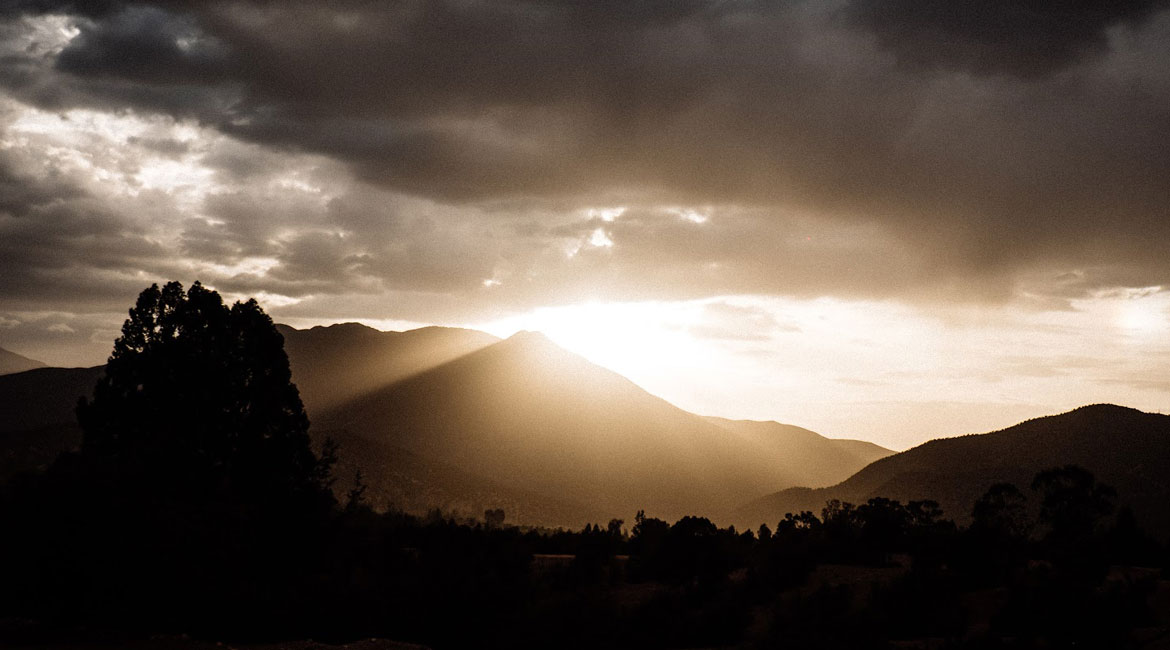