The time for the Tour de France to enter into its 104th edition is near, with the peloton rolling out from the German city of Düsseldorf on the 1st July 2017. The most iconic race on the cycling calendar, the Tour sees the world's best riders challenging for the yellow jersey. We've taken a closer look at the history behind this sought after jersey, the 2017 contenders and the stages that could make all the difference when the Tour concludes in Paris on 23rd July.

The yellow jersey, or maillot jaune, is an iconic part of the Tour de France and is the most prized jersey of the race, eventually determining the overall winner at the end of the three-week stage race. 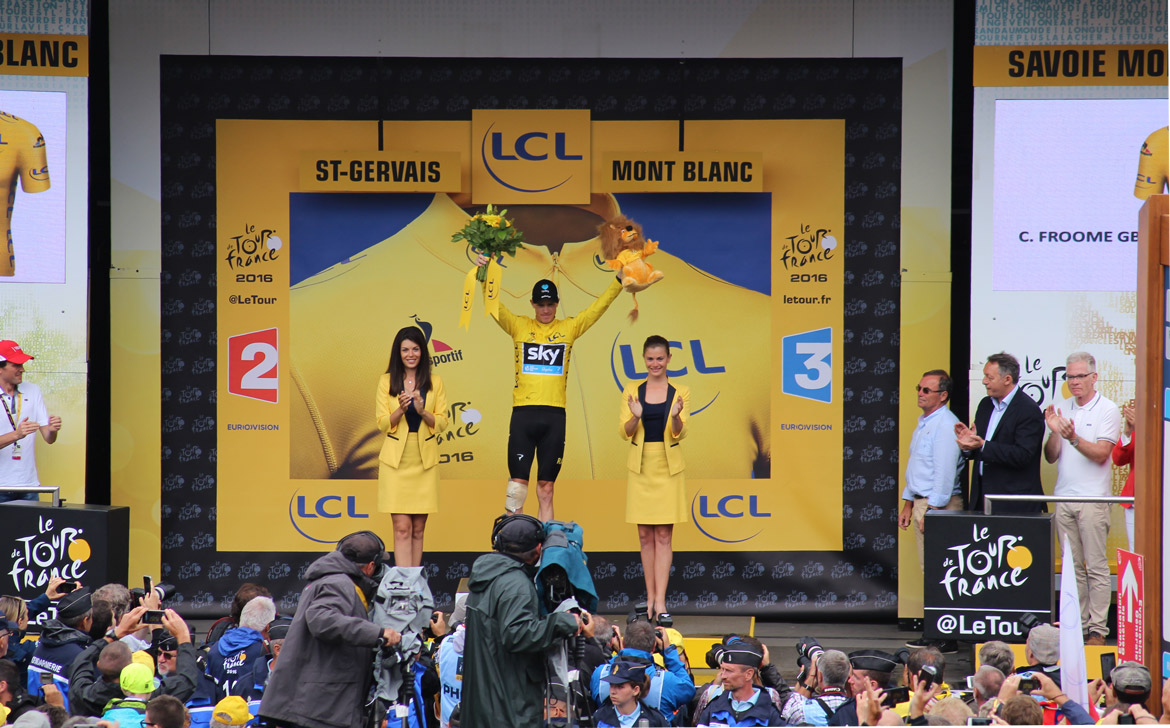 In 1919 and 10 stages down, the race director of the Tour de France, Henri Desgrange, decided to make the overall leader more distinguishable, and on the 18th July, Eugène Christophe pulled on the first yellow jersey to take on stage 11, the 325km race from Grenoble to Geneva. 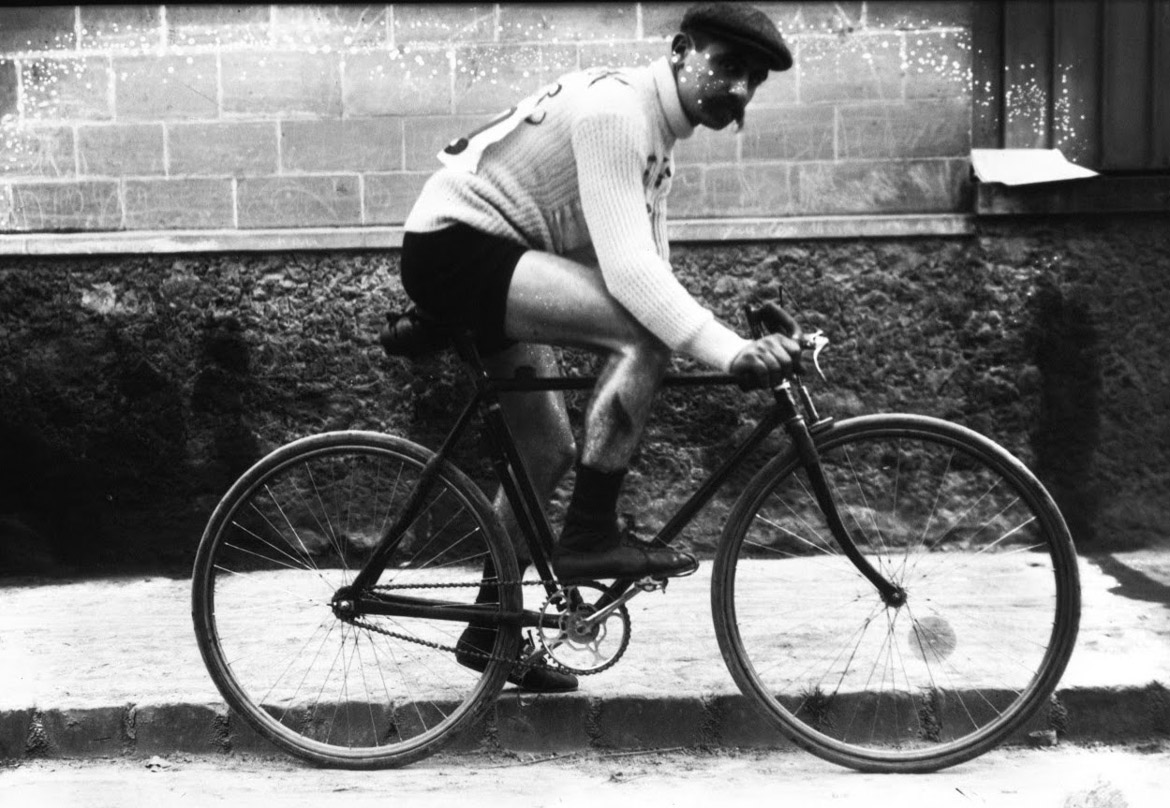 Stage racing had become popular but, as the size of the peloton had increased, for the spectators and reporters, knowing who was in the lead overall was proving tricky, and the green armband (originally used to pick out the race leader) was simply not visible enough. This was overcome with the introduction of the jersey, and, although the reason for the colour isn’t entirely certain, it matched the paper the race’s newspaper sponsor, L’Auto-Vélo, was printed on. 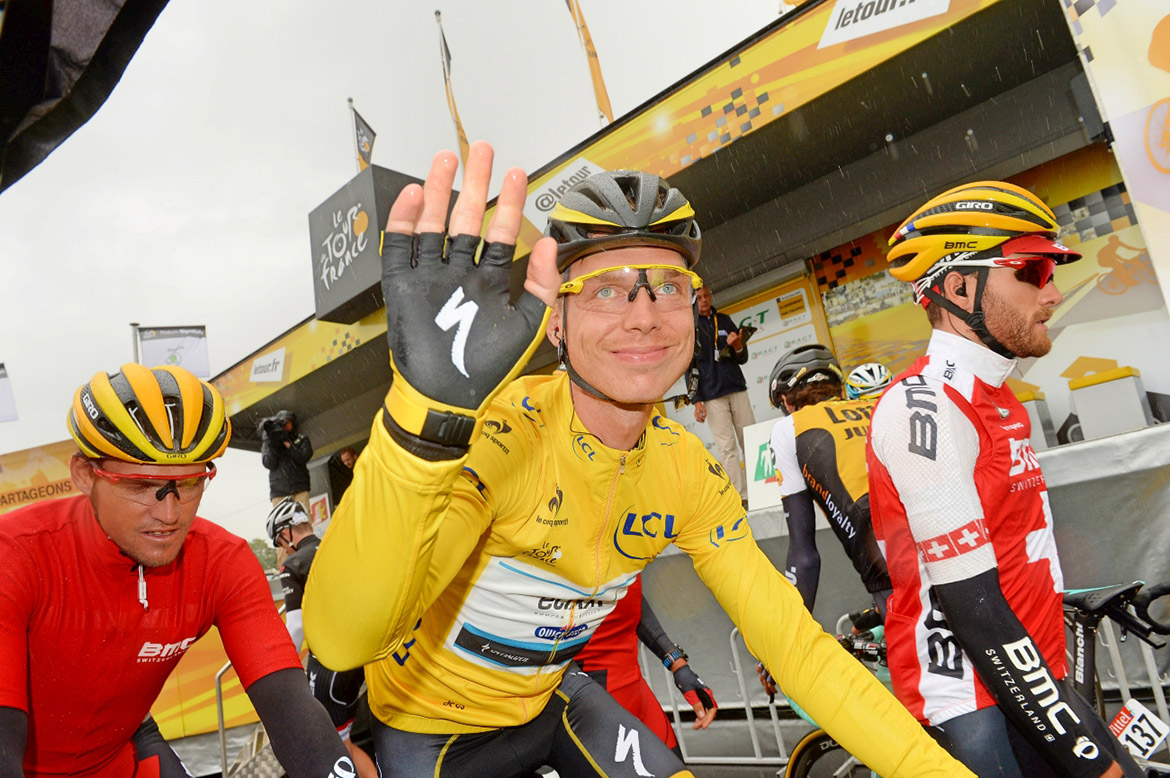 The yellow colour has stuck, and the original wool version remained unchanged until 1940, and Desgranges’ death; his initials are still found on the waistline of today's yellow jersey.

Since 1919, the rider who is in the overall lead at the end of each stage, and is therefore spearheading the general classification, gets to wear this jersey, until it is taken away from him by another rider. Christophe wasn’t initially keen to wear the jersey as it was easier for his rivals to pick him out of the bunch, but the maillot jaune has come to be the most coveted items of kit for pro cyclists. A wearer of the yellow jersey is not considered the winner of the yellow jersey; only after the final stage is the wearer classed as the winner and, consequently, the victor of the Tour de France.

Since the start of the Tour, 2103 yellow jerseys have been worn by 283 riders, over 2100 stages. Obviously, not everyone who has pulled on the yellow jersey has won the tour. An example of this is Fabian Cancellara who has worn the jersey for 29 days over 6 different years, without ever winning. 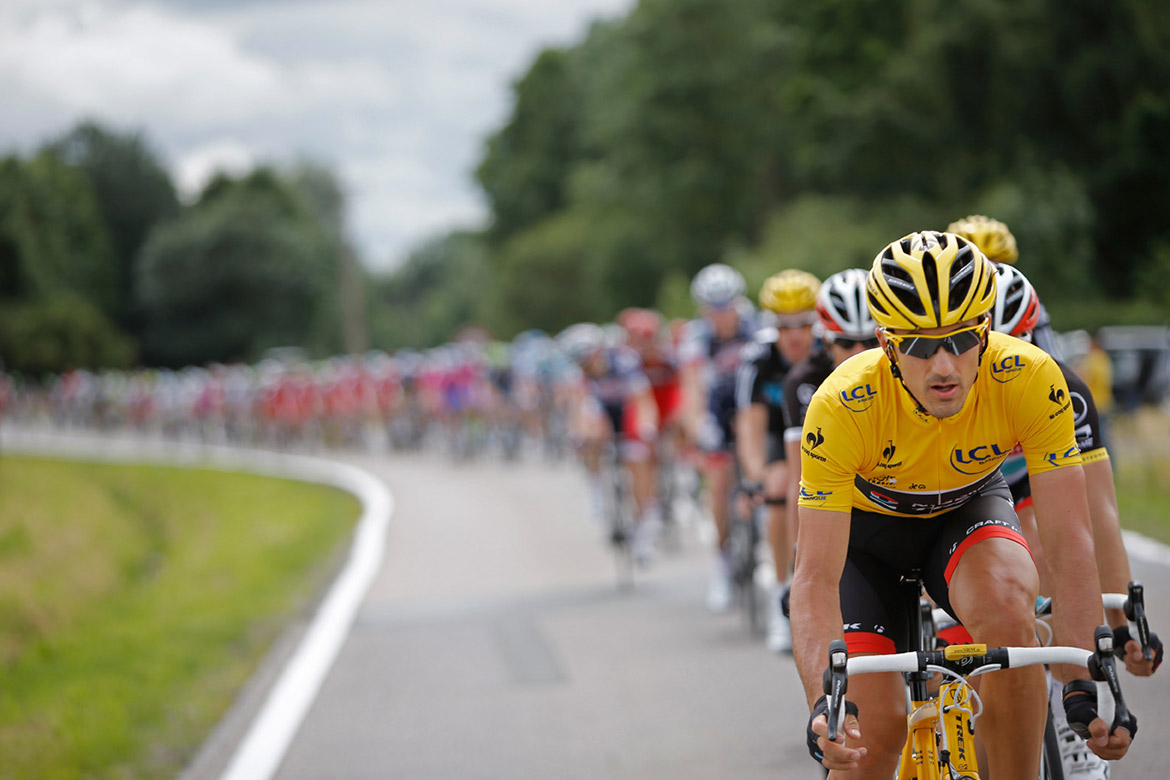 The dominance of Eddy Merckx is clearly visible, spending 96 days in total in the yellow jersey over six years, with five overall wins. Chris Froome is 5th in the rankings and it’ll be a tough challenge for him to rise up the leaderboard. 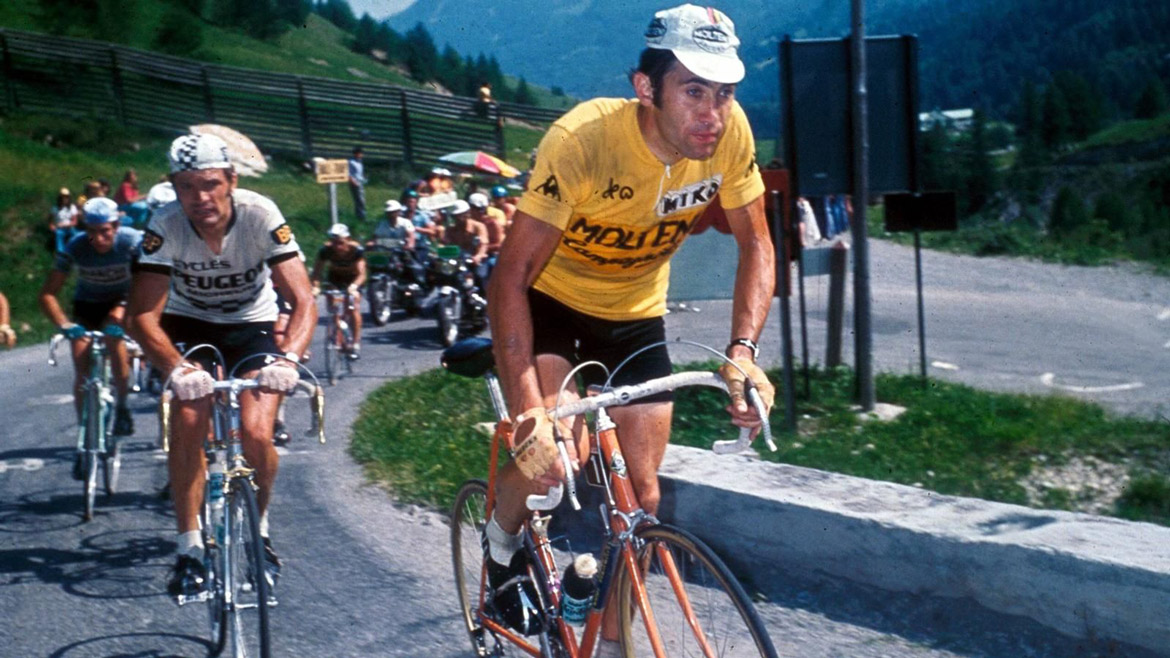 A number of British riders have spent time in the yellow jersey:

In 1962, Simpson was the first British rider to wear the yellow jersey following stage 12, losing it again just 24 hours later after an 18.5km time trial. 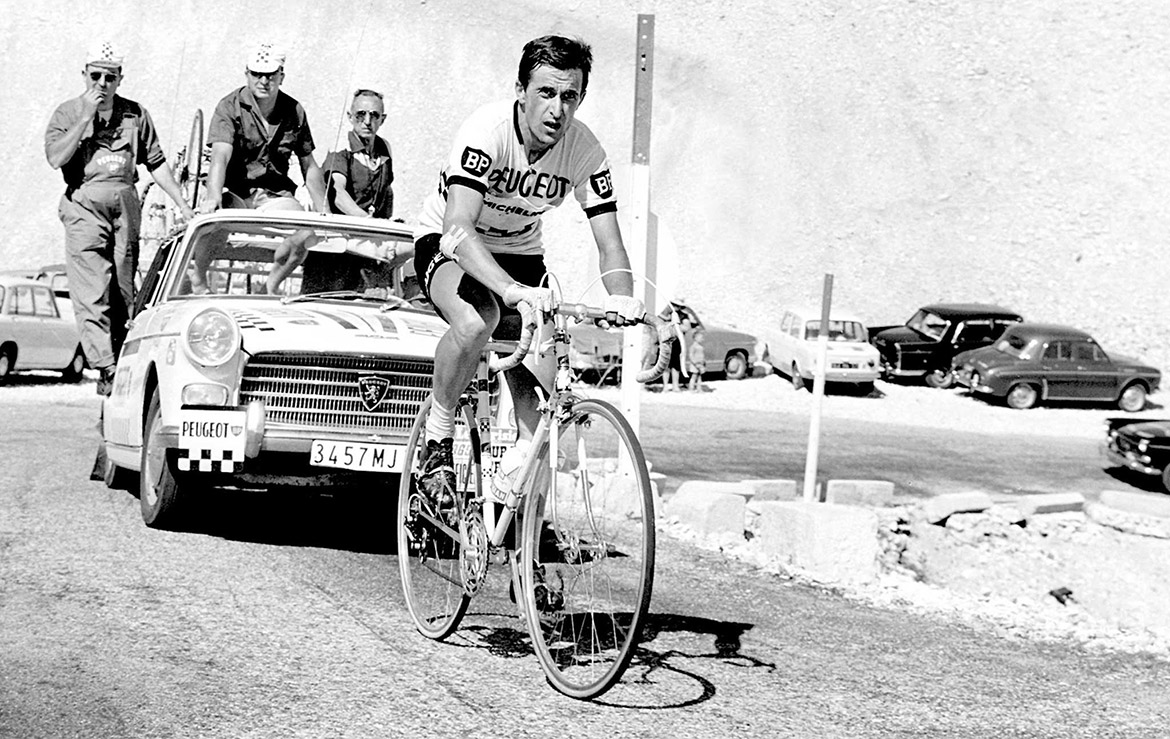 The second British rider to pull on the yellow jersey in the 1994 edition, Yates topped the GC by just 1 second in stage 7. 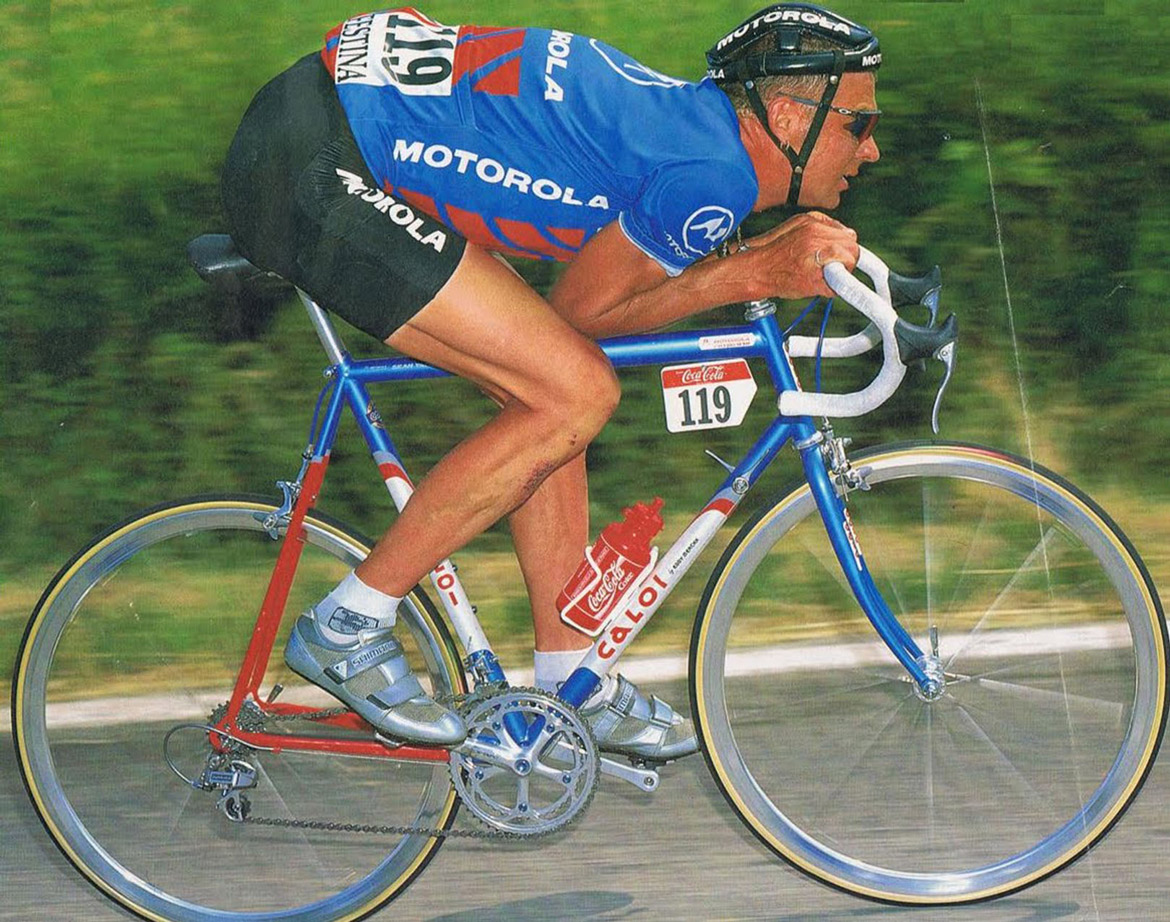 Seen as the dream debut, in 1994 Boardman beat Miguel Indurain by 15 seconds in the opening prologue and defended the maillot jaune for 2 days. He followed this up in 1997 and 1998 with two further prologue wins.

Another debut win, Millar won the prologue in 2000 and defended this for 2 days. 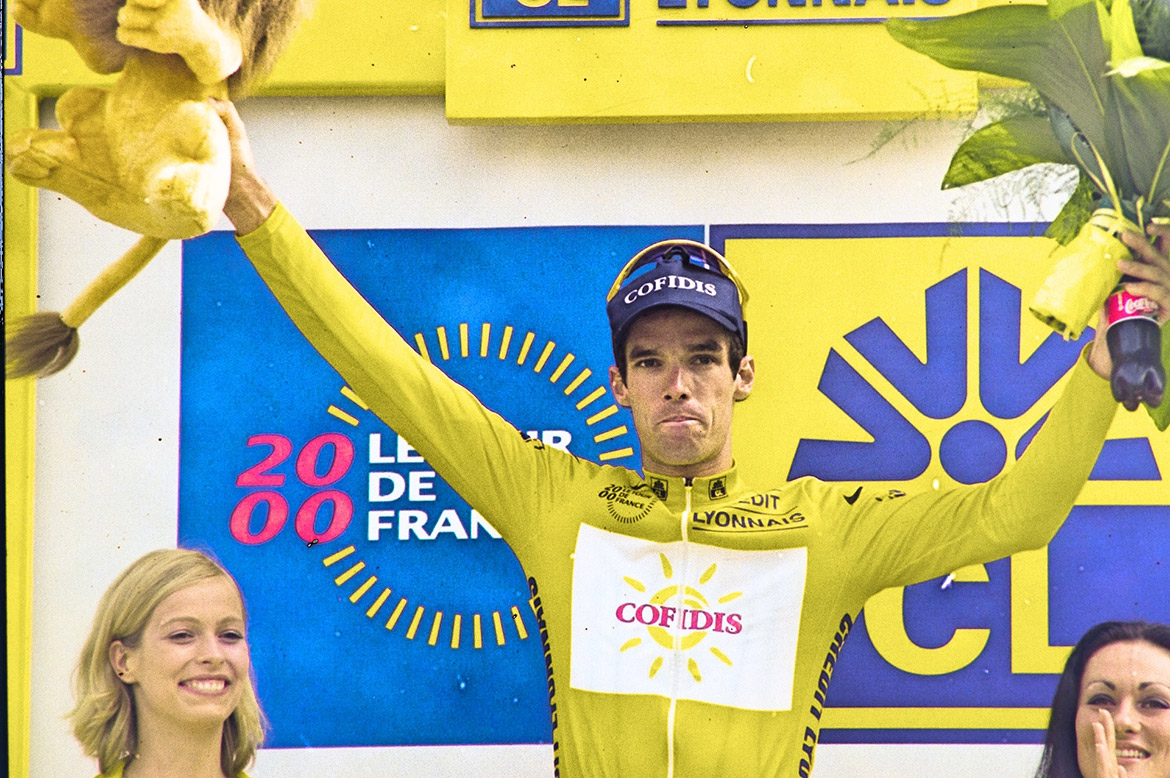 2012 saw the first maillot jaune for Team Sky in stage 7 and Wiggins held onto it for 13 consecutive days, taking the win on July 22nd. 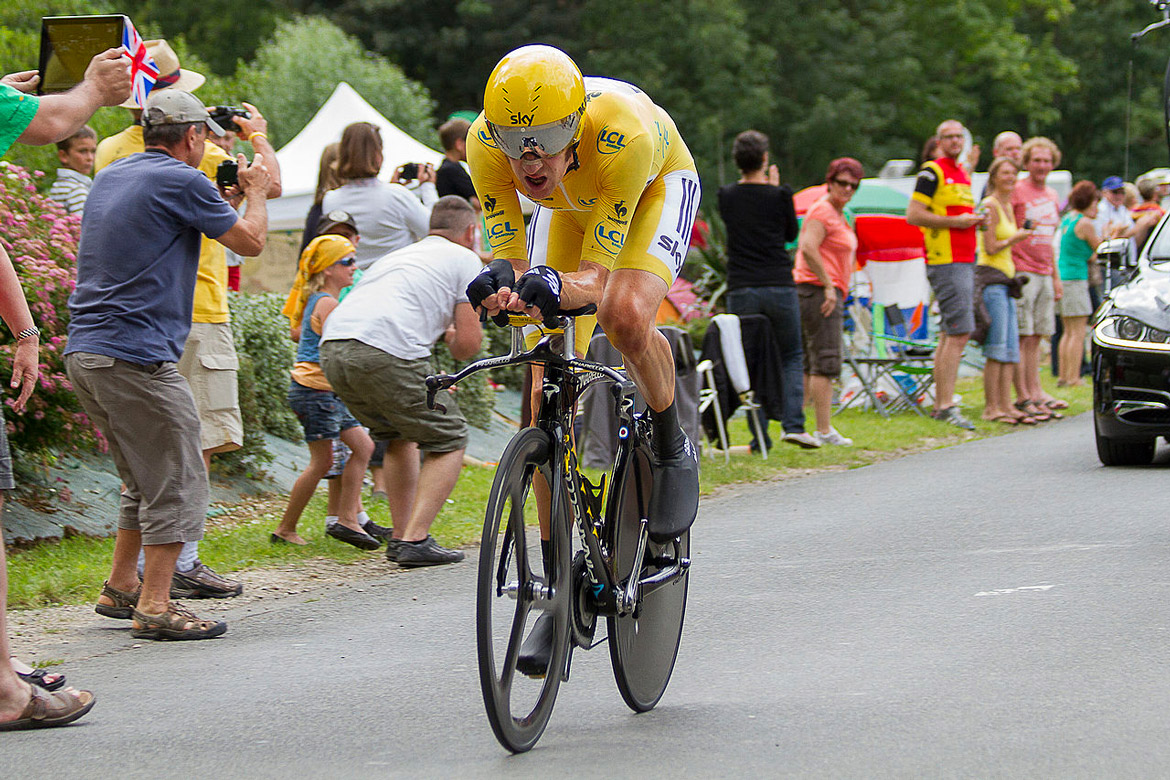 A prolific Tour de France stage winner, Mark Cavendish, until 2016, had missed out on pulling on the coveted jersey. Sprinting to the win on stage one of the 103rd edition of the race, the Manx Missile cemented his place as one of the greatest Tour de France riders of all time. 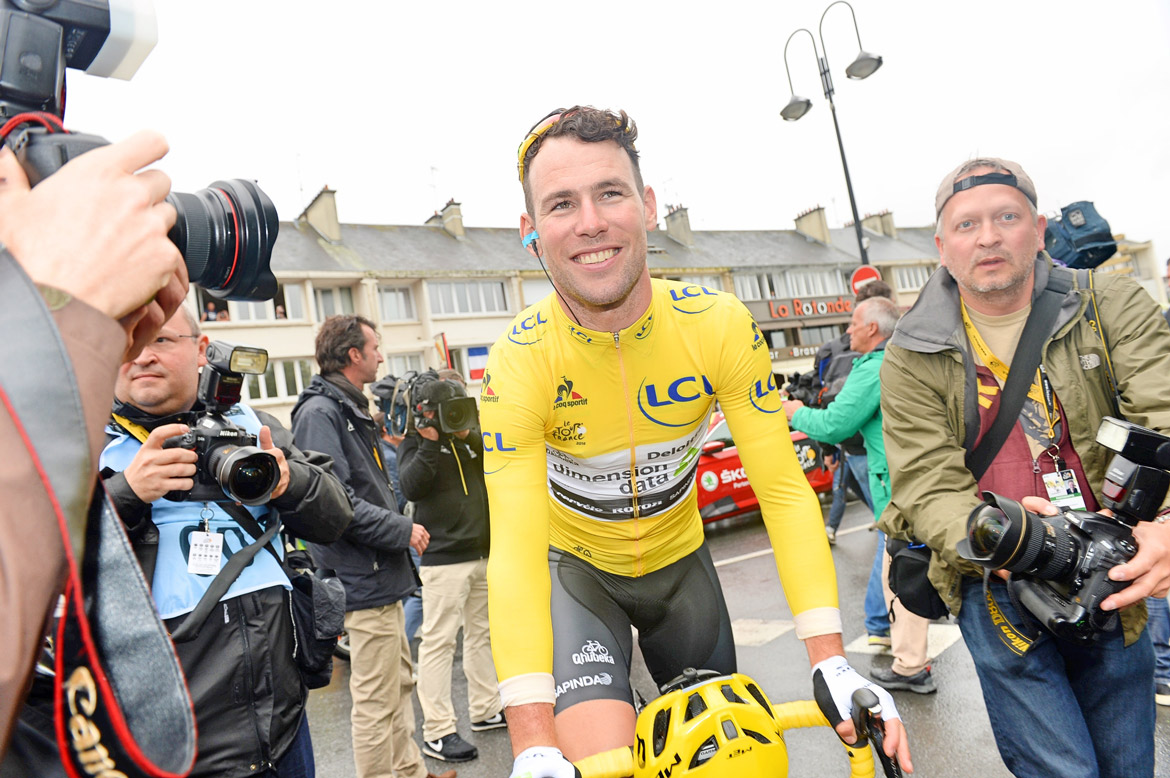 The first African-born rider to win the Tour de France, Froome wore the maillot jaune for 13 consecutive days in 2013. 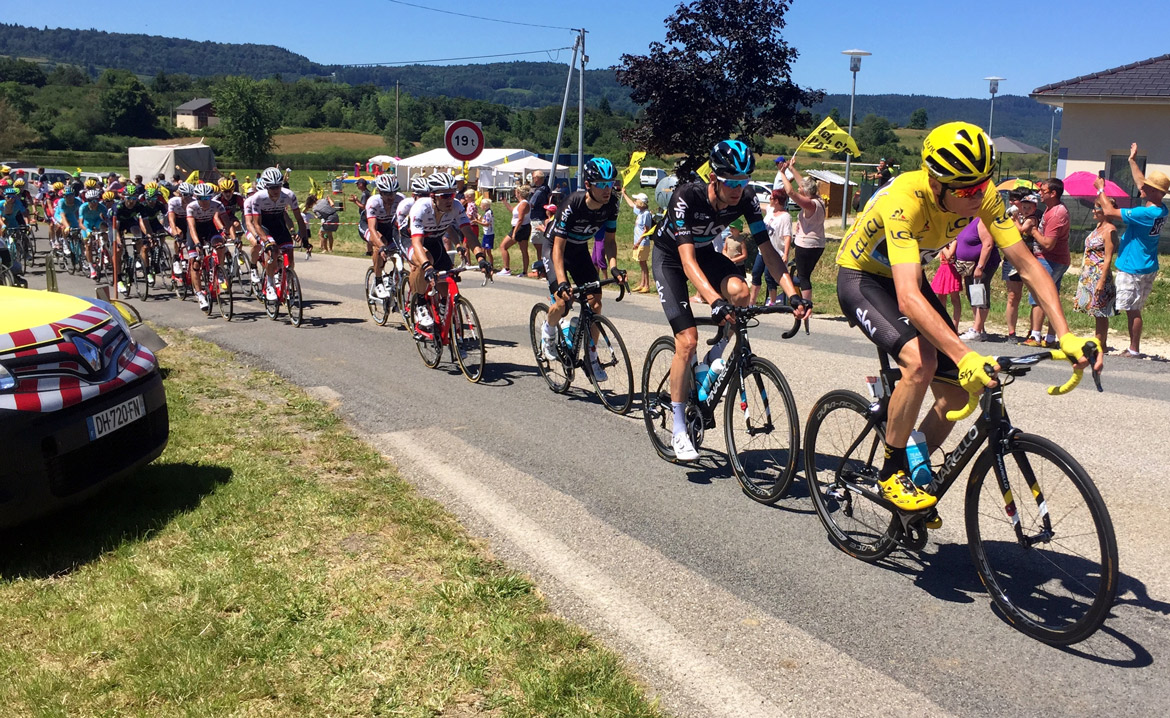 Although Froome is favourite, looking to claim his fourth win, there are other riders hoping to knock him off the top step of the podium.

After dominating last year's Tour, the defending champion and overall favourite, Froome, is looking to take his fourth title and has one of the strongest backing teams in Team Sky. 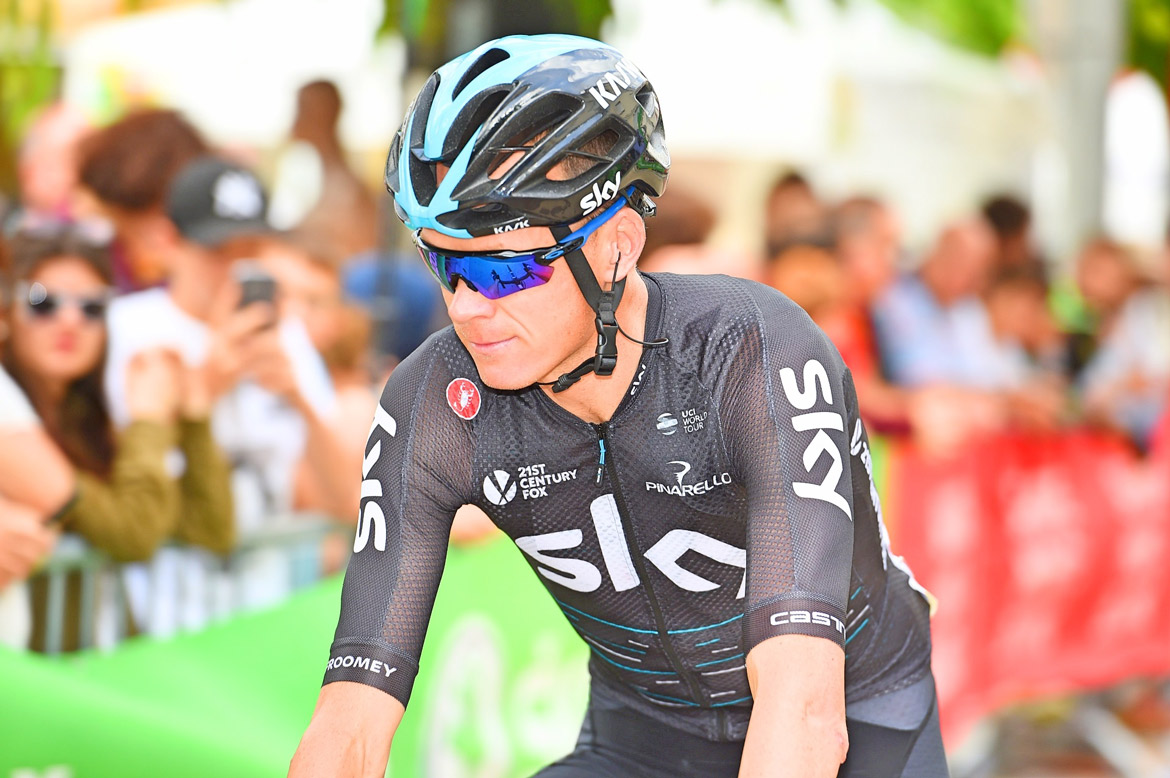 Team Sky will be riding Pinarello’s ultimate race machine, the Dogma F10, the follow up to the F8 that took him to his win last year. For time trial stages, he will be using the Bolide TT, Pinarello's lightweight, stiff and aerodynamic ‘missile’. Both bikes will be built up with Shimano Dura-Ace Di2 groupsets for unparalleled performance and Team Sky will be kitted out in Castelli clothing this year, with Kask helmets and Fizik saddles.

France’s best hope against Froome and, after finishing second to Froome in last years tour, expectations are high. 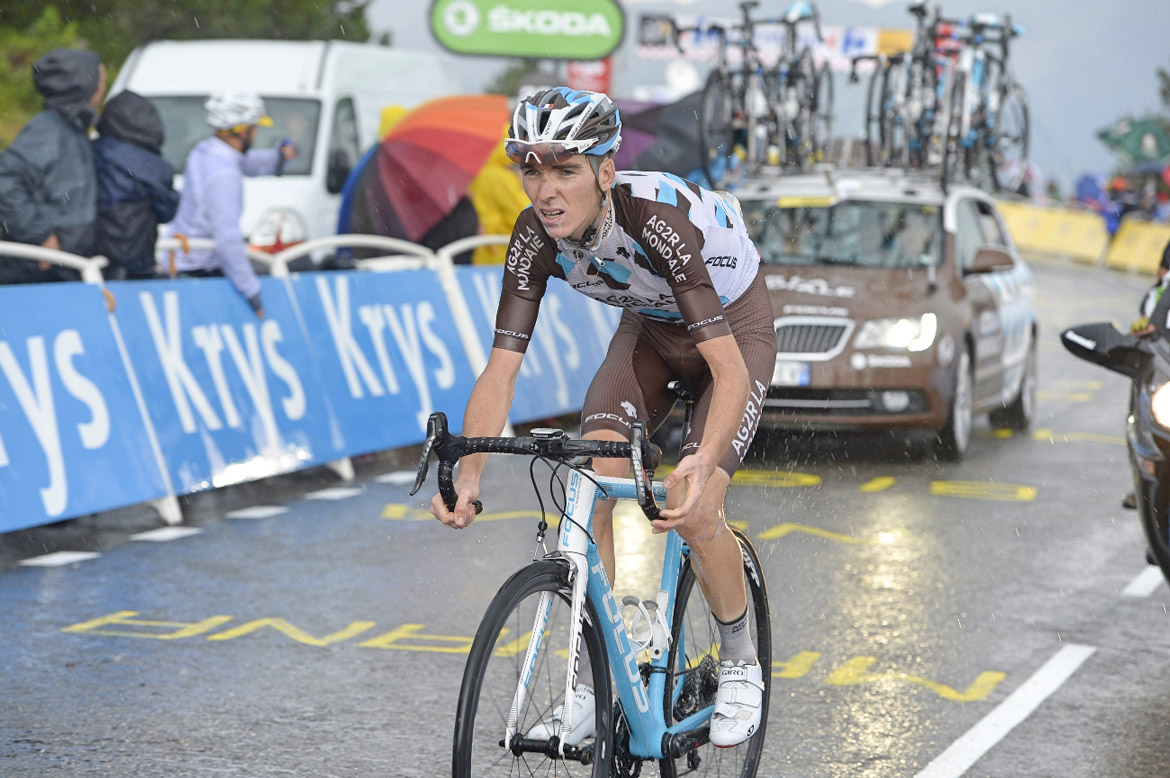 The team bikes will have Shimano Dura-Ace Di2 groupsets and Mavic wheels, and their watts will be measured with SRM Power Meters.

Ready to step up and fight for the yellow jersey this year, Richie Porte will be riding for BMC Racing for the second year running and with a strong team to back him, is hoping for a BMC Racing win, the first since Cadel Evans’ back in 2011. 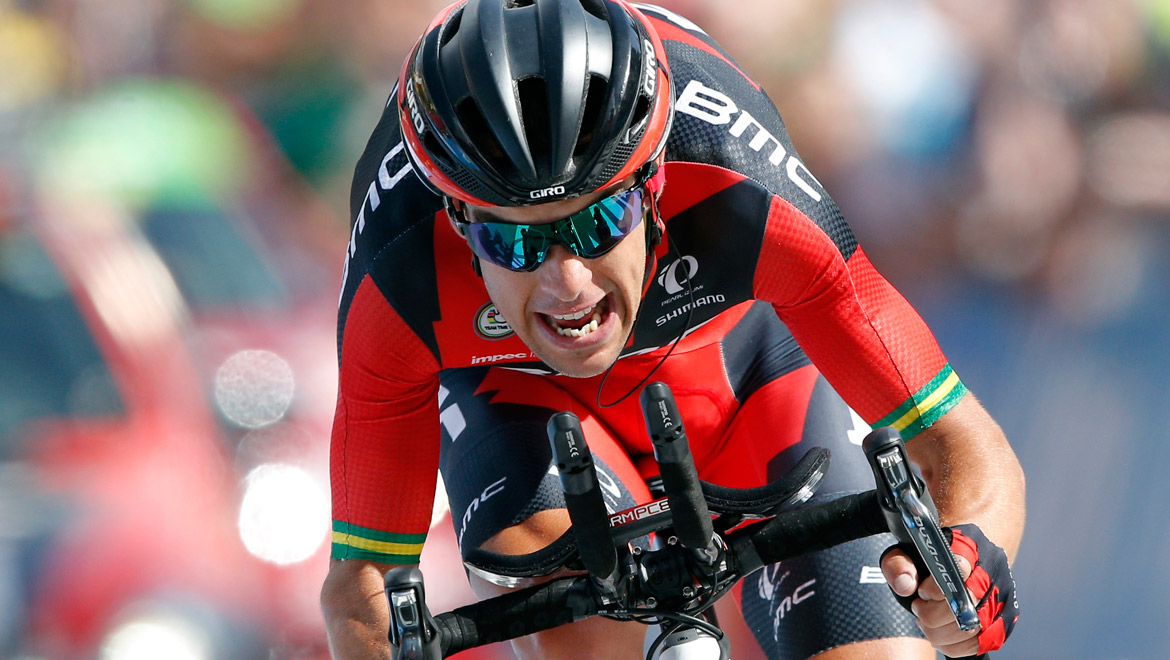 The team leader will be wearing Giro helmets and will be rolling on Shimano Dura-Ace wheels with Vittoria tyres. Finishing kit from 3T, Fizik saddles and SRM power meters will provide them will all the high-performance technology to help them to that win.

Contador has had a few setbacks recently, but with the strongest team he’s had for years, he’s hoping to perform after having to abandon in stage 9 in 2016. In his first season with Trek-Segafredo, Contador has taken a more conservative approach to his preparation to find the optimum balance between form and fatigue. 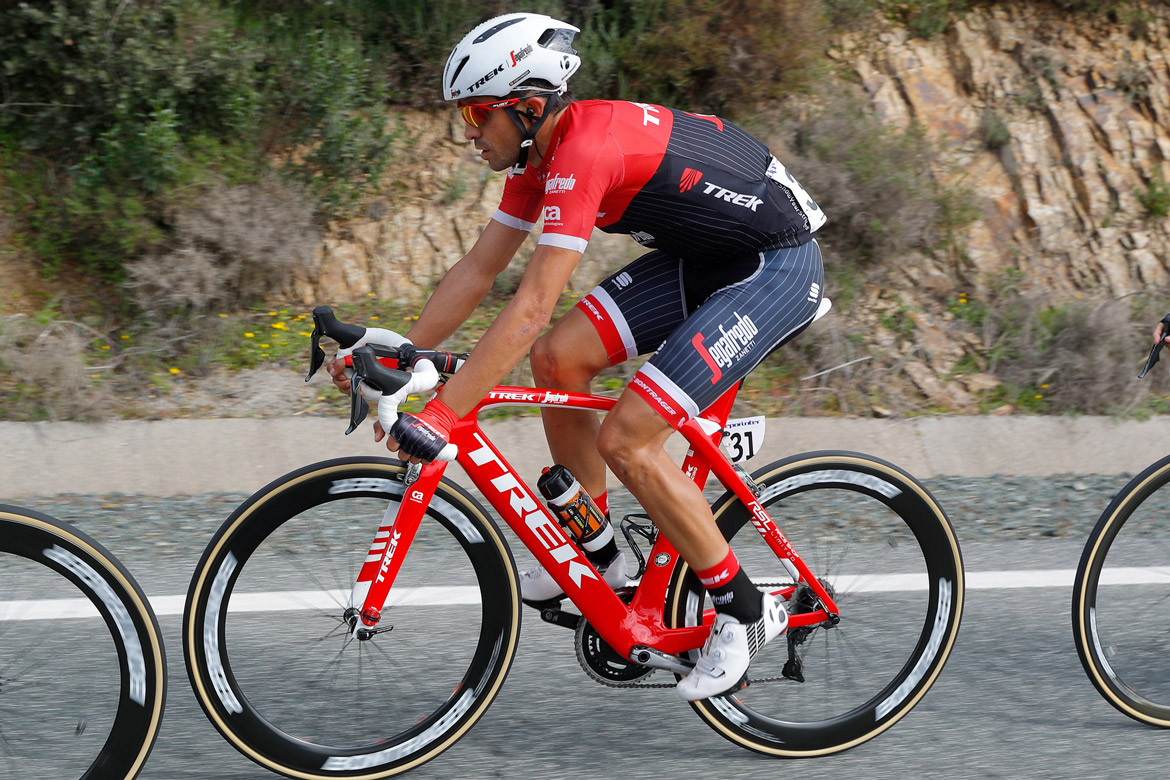 The team will be riding Trek bikes with Shimano Dura-Ace Di2 groupsets and Bontrager wheels and finishing kit. You can show your support for the Spaniard by wearing the Trek-Segafredo Sportful replica kit.

The opening prologue will give an indication of the condition of the GC contenders although the favourites are unlikely to challenge the yellow jersey at this early stage.

A lumpy stage through Belgium, suited to the riders of the Ardennes classics, with an uphill finish. The profile of this stage, and with fresh legs in the peloton, means classics riders and contenders for GC are likely to be in contention at the end.

Chris Froome took his first Tour stage win at La Planche des Belles Filles in a summit finish. This relatively short, but testing climb will indicate who is on form and may be the stage where Froome could take an early lead, or could be where one of his rivals tries to dent his chances. 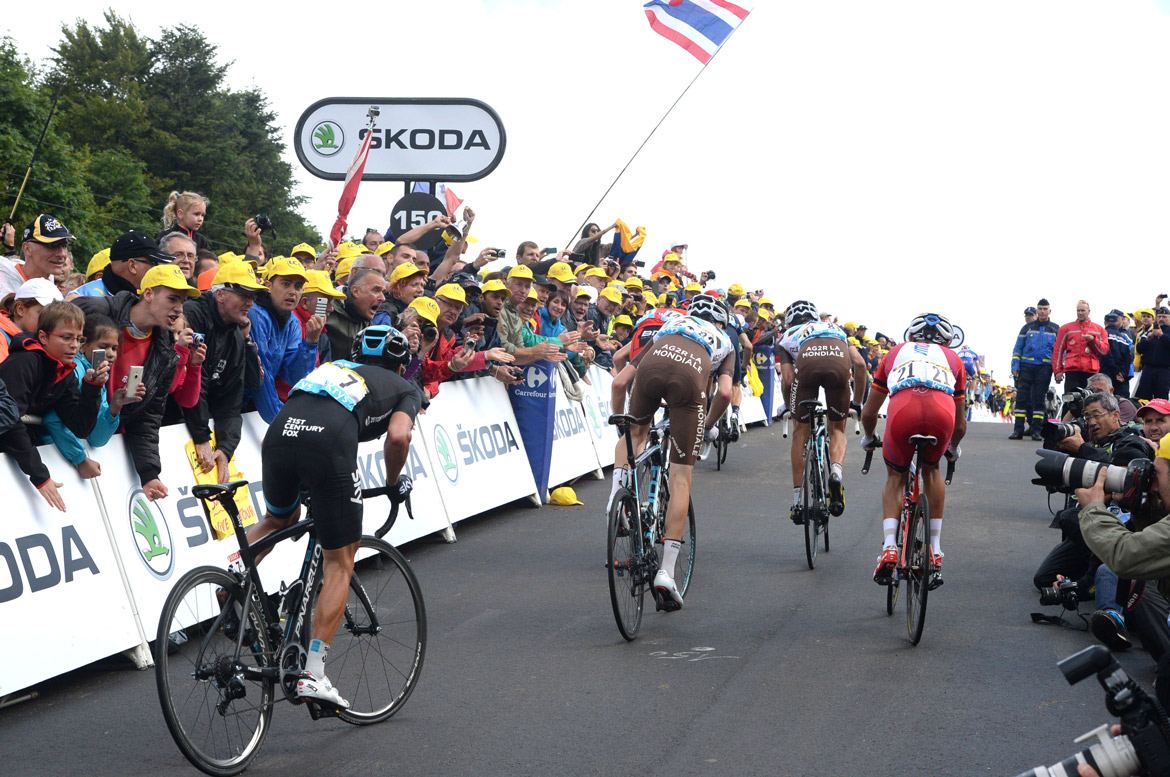 A mountain stage that includes three brutal climbs, with Col de la Binche and Grand Colombier in the middle, and the Mont du Chat, that is relentlessly steep all the way to the summit, just before the finish in Chambéry.

Five categorised climbs are included in this Pyrenean mountain stage and could bring about a battle between GC contenders in the final third of the race. Froome took the yellow jersey on the Peyresourde stage in 2016 with a sting attack, although this year the race changes direction, ascending last year's descent. 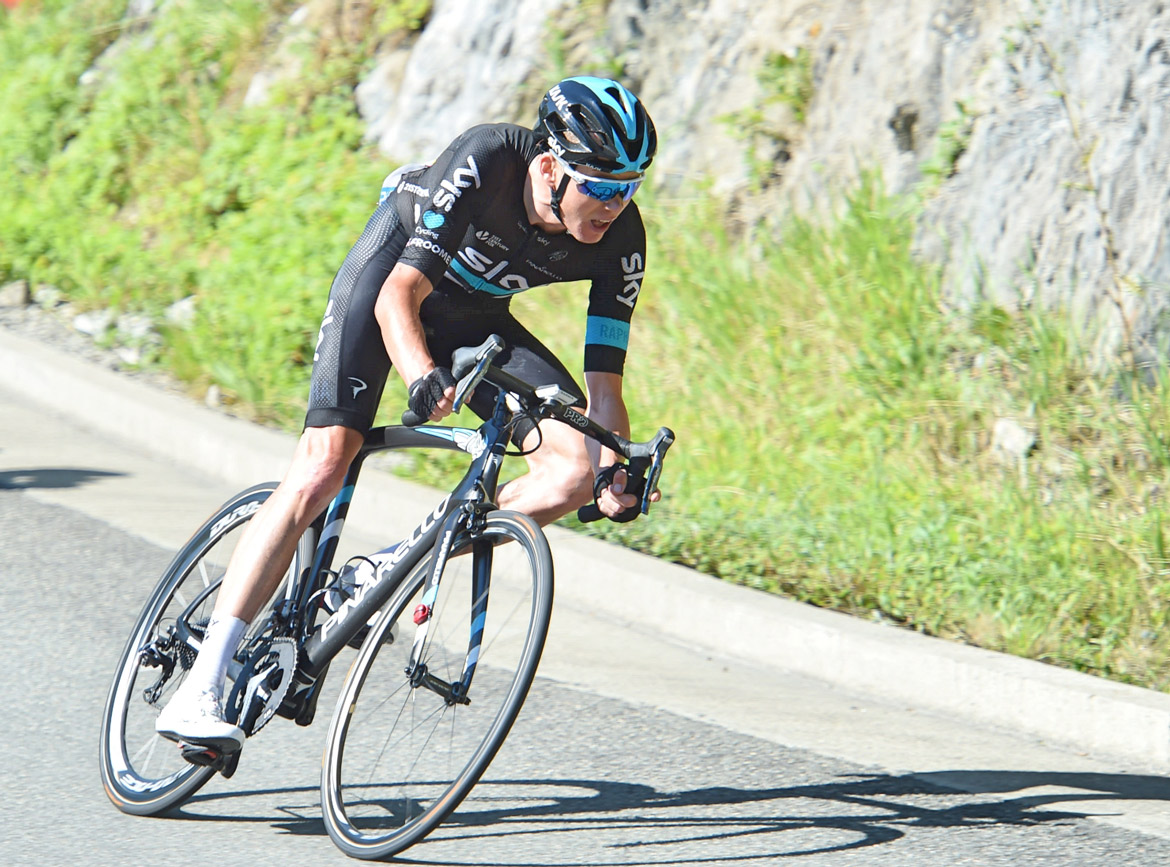 The shortest mountain stage of the tour, making what would be a fairly unchallenging profile all the more tough, with not a flat section in sight. With a 27km downhill sprint finish, a good descender could change the game and gain a large advantage.

Now getting towards the end of the race, and on increasingly tired legs, this stage takes in first the Col du Télégraphe, leading onto the Col du Galibier, being the highest point of the 2017 race, and, finally, onto the Col de la Croix de Fer, and includes a total of 58.7km of climbing. The GC contenders will definitely need their climbing legs on to avoid losing time.

This stage finishes on top of the Col d’Izoard and as the final summit finish of the race, there could be some bold moves by riders looking to gain some time back on GC. 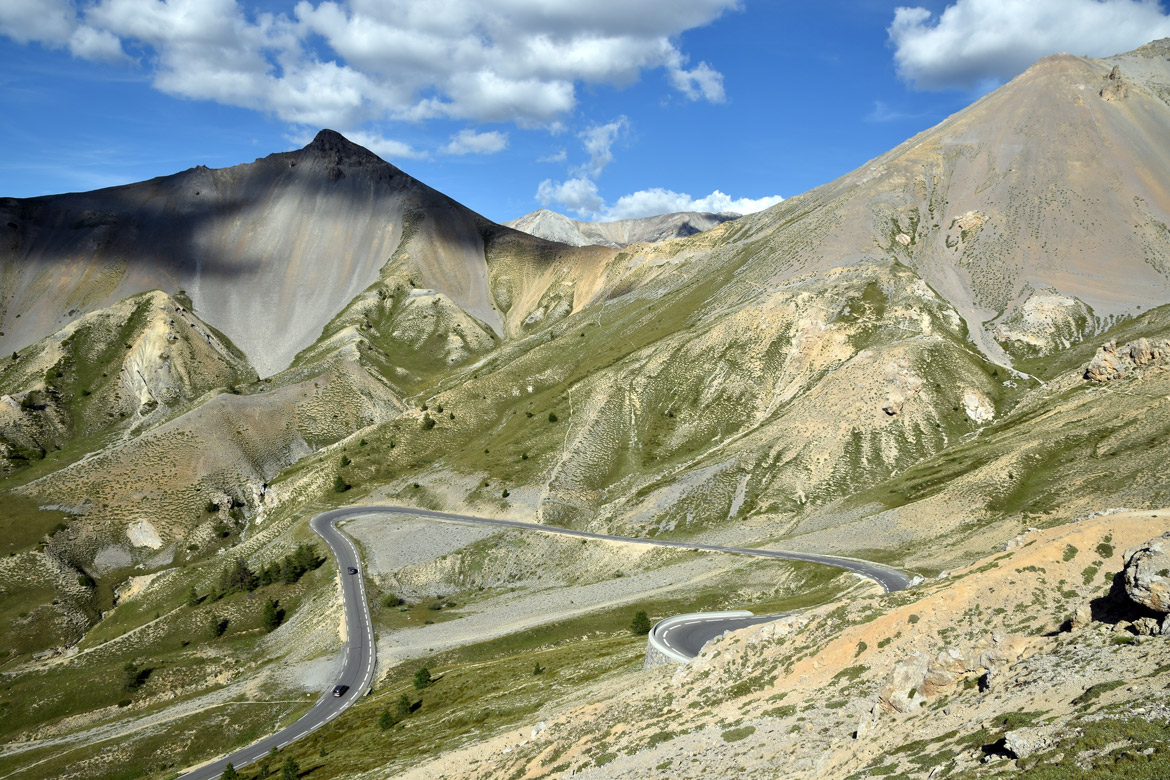 A fairly flat final time trial, this penultimate stage could play into Froome’s hands and the time gaps between GC contenders may be just seconds by this point in the race, for a dramatic finale.

The best riders in the world, challenging for the most coveted jersey in the sport, sit back and enjoy the battle for the yellow jersey this July, we can't wait to see who'll be standing on the top step of the podium in Paris on 23rd July.