Pop the champagne, the riders have finally reached Paris! All that is left to attend to now is the most iconic sprint finish in all of cycling up the Champs-Élysées. 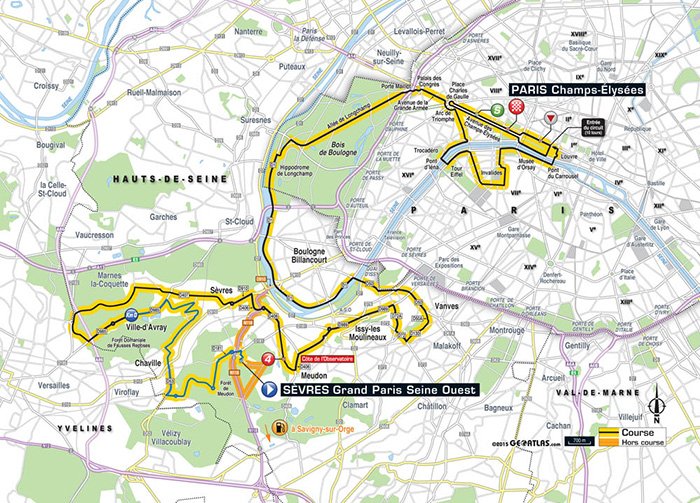 Starting just to the south west of Paris city centre, the Tour saunters around for the requisite champers and back-patting before settling in to the eight circuits of the Champs-Élysées. 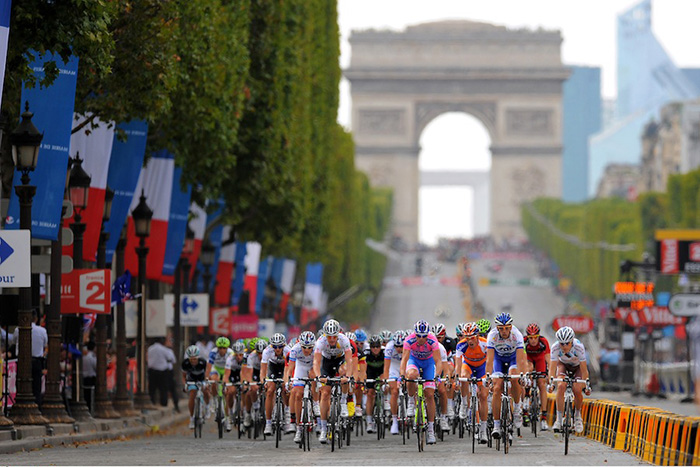 As is usual with this crit-like finish, racing will be fast and frantic as, unlike most crit circuits, riders never have to actually touch the brakes as they zip through the sweeping bends.

A solo break has not won on the Champs-Élysées since 2005, when Alexandre Vinokourov managed to escape the chasing pack. As exciting as this would be, since 2005 sprinter's leadout trains have become far more sophisticated and with all of the big name sprinters left in the race this should be a fantastic bunch kick. 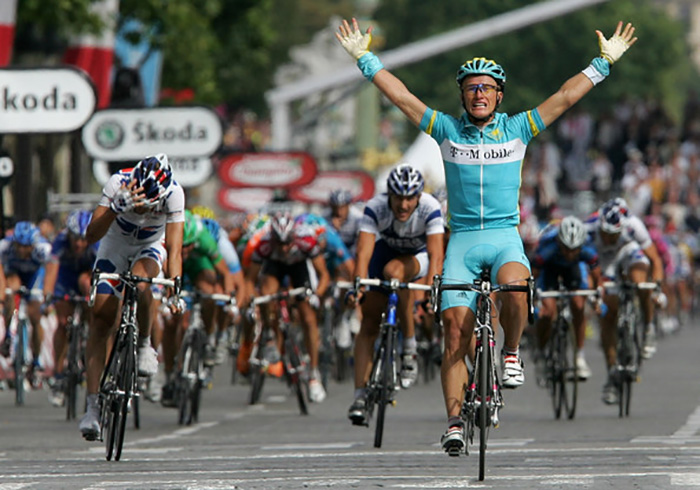 There will be a lot of tired legs at the start in Sevres and the TT in Utrecht will seem like a distant memory for most of the peloton. Nevertheless, there is some business to attend to with an all-important sprint to contest.

Cavendish has never won less than two stages in any Tour he has finished and with only one under his belt this year, he'll be chomping at the bit for a second. The green jersey winner for the fourth year running, Peter Sagan, is yet to win a stage despite a swathe of second places. Andre Greipel has taken three stages and a fourth would round off the Tour nicely for the Gorilla. 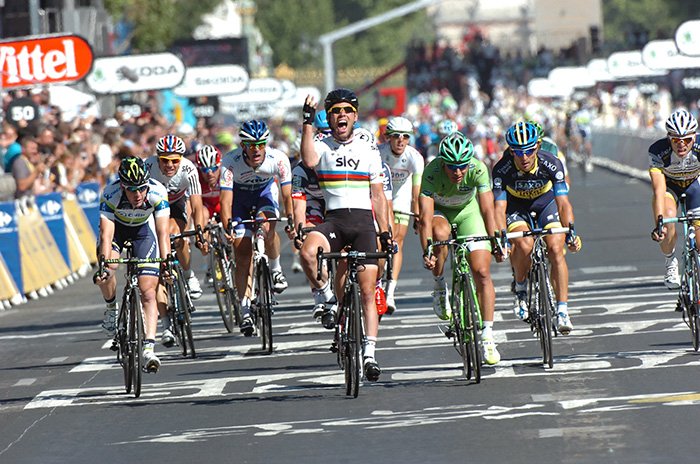 John Degenkolb has looked strong through the entire Tour, as has Alexander Kristoff, Michael Matthews and Bryan Coquard who will all be in the hunt.

André Greipel - The Gorilla has definitely dominated his opponents over the three weeks of the Tour, up to this point taking three sprint stages in a powerful fashion.

It has been a resounding return to form for Germany in this years Tour with Greipel pounding out the sprint wins and Giant Alpecin's Simon Geschke taking a breakaway win in Stage 17.

With the absent Marcel Kittel winning on the Champs-Elysees in 2014 and 2013, a win for the imposing Lotto Soudal rider would make it three in a row for Germany. 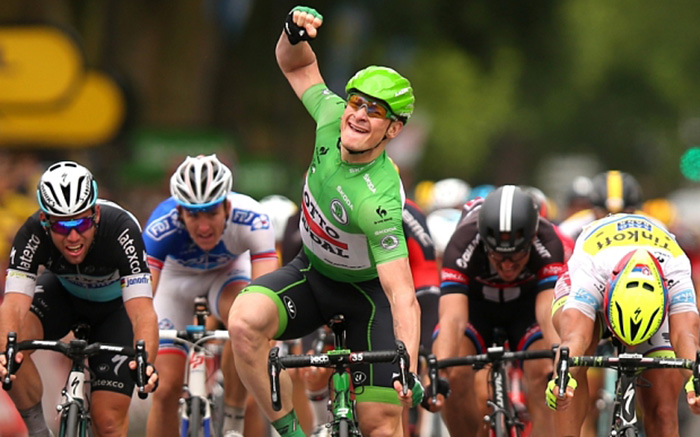 We hope you have enjoyed our daily stage previews. If you'd like to see more of this kind of content for up and coming races let us know in the comments below or on Twitter or Facebook.