The Tour finally sees some hills in Stage 3 as we cross the Dutch border to Belgium and the starting town of Antwerp. From here the route runs the gambit of some of the cruelest hills of the Ardenne Classics including a finish up the infamous Mur de Huy; the terminus climb of Fleche-Wallonne.

Commonly the stomping ground of Movistar's Alejandro Valverde, who has won atop the Huy no less than three times, the recently crowned Spanish National Champion will certainly be eying up the stage victory and an early run in the yellow jersey. 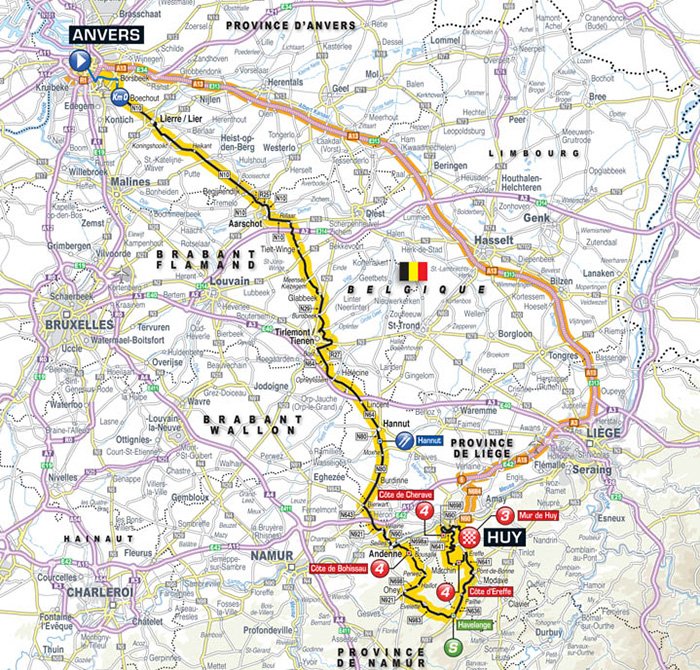 At 1.3 kilometres long and an average gradient of 9.6% with a brutal 19% ramp to the finish the Huy will certainly separate the men from the boys. Nevertheless, at 160 kilometres, this Tour stage is 60 kilometres shorter than Fleche Wallonne and as a result there will be far more riders coming into the three last three climbs with fresher legs ready to burn. 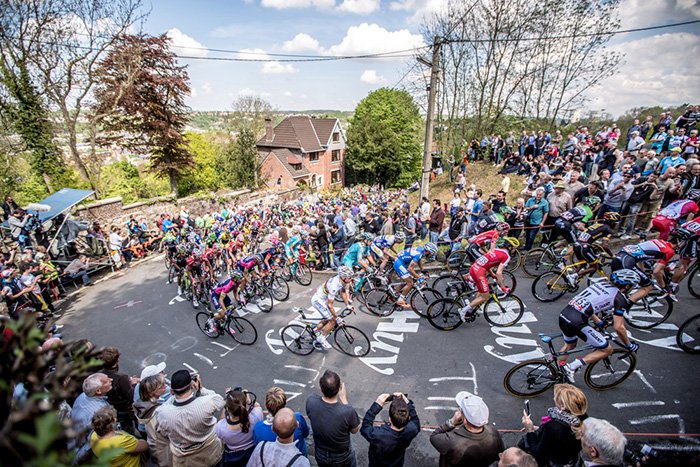 As with the previous day's stage to Zeeland positioning will be key as GC contenders and their teams will have to be at the front of the pack going into the Huy in order to not lose time on their rivals.

With such a large peloton coming into the final climb all at once time gaps of at least a minute will open up from the front to the back of the main peloton; more than enough time at this early stage to shoot one's GC hopes in the foot.

Four categorised climbs will also see the the first wearer of the polka dot jersey crowned and he is likely to come from an early break that will be allowed to go over the first couple of climbs before being realed in by the big guns.

The easy choice would be Valverde but picking the odds-on favourite as the winner for each stage would become a tad dull so our pick is Swiss Orica-GREENEDGE rider Michael Albasini.

A solid rider at Fleche-Wallonne, Albasini has finished in the top ten on six of the last seven runnings of the race, including third back in April of this year behind the Frenchman Alaphilippe and, you've guessed it, Valverde. The Swiss rider knows this climb like the back of his hand and with a strong Orica team behind him he could edge a the top spot. 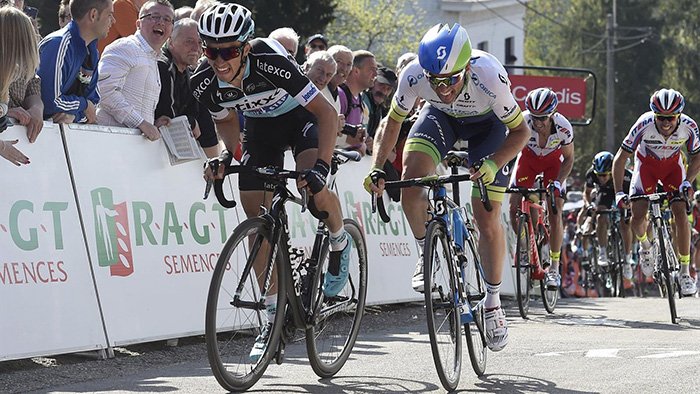 Let us know who's you think will be victorious in Stage 3 in the comments section below.